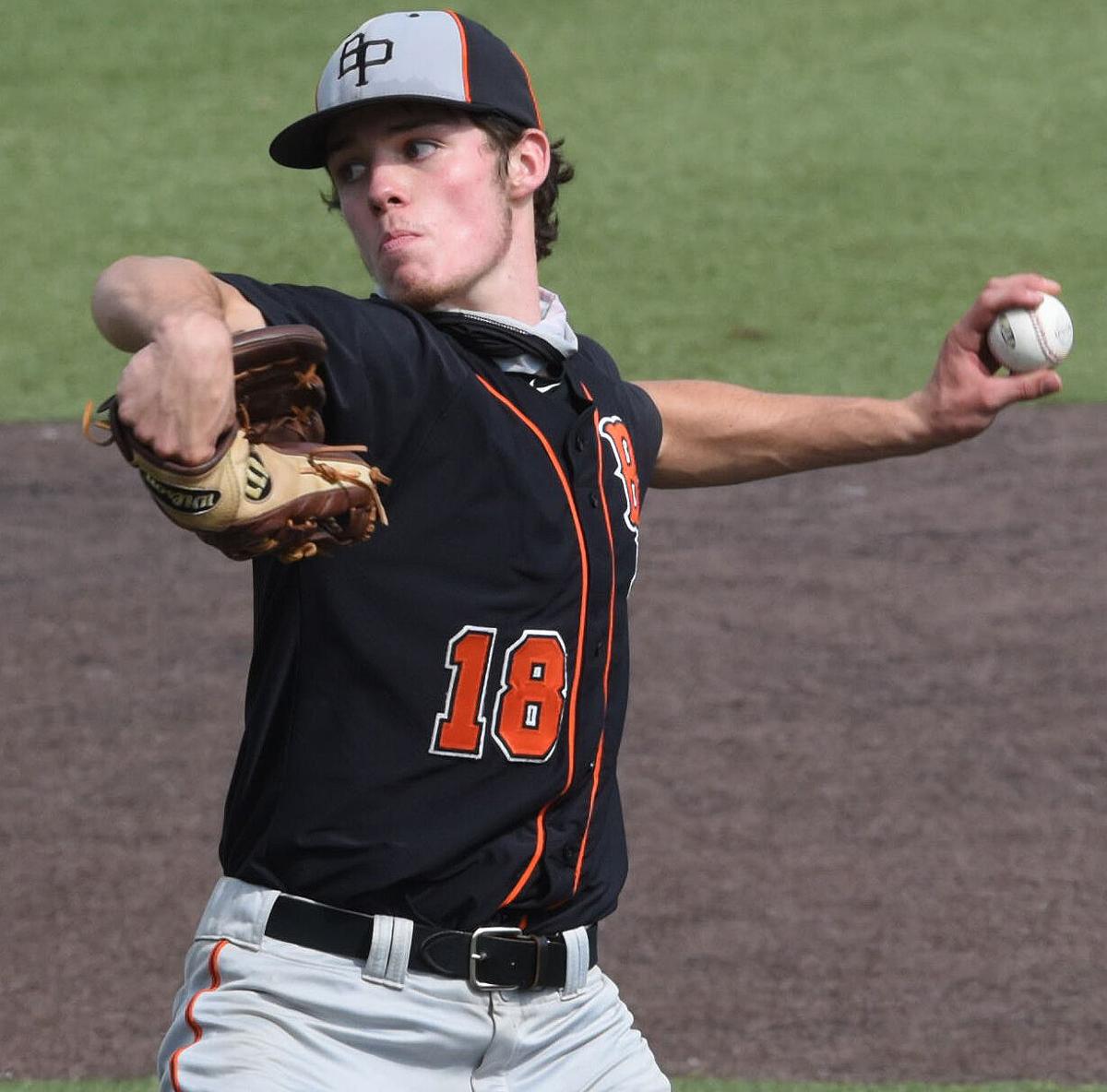 Eric Chalus struck out six, scattered five hits and walked none in six innings against Southern Lehigh in a PIAA Class 5A quarterfinal game. 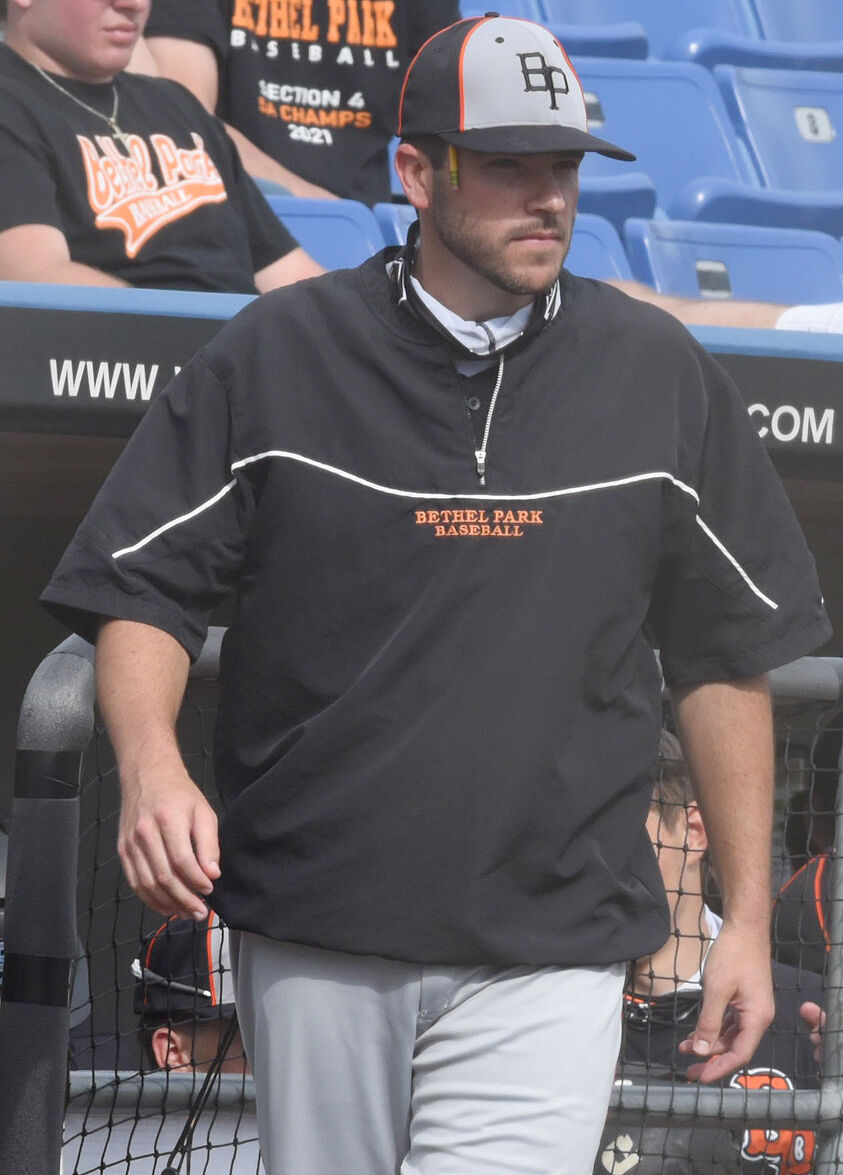 Bethel Park head coach Patrick Zehnder has his baseball team one game away from competing for a state title.

Eric Chalus struck out six, scattered five hits and walked none in six innings against Southern Lehigh in a PIAA Class 5A quarterfinal game.

Bethel Park head coach Patrick Zehnder has his baseball team one game away from competing for a state title.

After falling behind early, the Bethel Park baseball team rebounded for a 7-2 victory over District 11 champion Southern Lehigh in a PIAA Class 5A quarterfinal game played June 10 at Big Spring High School in Newville.

“I am so proud of the way my team handles its business,” said BP head coach Patrick Zehnder. “They expect to win every game and will never give in no matter the odds.”

After the Spartans took the lead in the top of the first inning, the Black Hawks had some hard outs in their half of the first, but did not score a run.

“The guys did not flinch,” said Zehnder. “The players are so mentally tough. They support each other and they have been able to win games in so many different ways.”

Eric Chalus and Cody Geddes led BP to the victory. A five-run third inning and solid defense also helped the cause.

Chalus pitched six innings, scattering five hits and allowing two runs, one of them unearned. A senior southpaw, Chalus struck out six and walked none on 73 pitches.

“Eric was the main key to the win,” Zehnder said. “He continued to do his thing on the mound. He had a tough-luck first inning to give up a run right away but then he did all he could to shut the door after that including making a great play on a ground ball to his right.”

Chalus also helped his cause at the plate with two hits. He led off the third with a double and scored the tying run on a single by David Kessler. In the sixth, Chalus, a Kent State recruit, singled, stole second and advanced to third before scoring on two consecutive wild pitches.

Geddes allowed one hit over one inning in relief of Chalus.

Geddes also supplied three hits at the plate. He doubled to lead off the second, advanced to third on Ray Altmeyer’s fly out and scored on a wild pitch. Geddes again doubled in the third, scoring Kessler. He eventually scored on a single by Altmeyer.

Jason Nuttridge also had multiple hits for the Black Hawks. He tagged one of his two singles and scored a run in the five-run third.

“Our offense did a great job putting together productive at bats,” Zehnder said. “We hit the ball hard all game. Many of the outs were even hard hit balls right at people.”

“The defense also was there when we needed them,” Zehnder said.

While Zehnder dubbed it an anomaly, the Hawks are undefeated (9-0) in games away from Purkey Field this season.

“We love playing baseball no matter where it is,” he said. “I know the guys love playing at home in front of our great fans and community, but relish the opportunity to win on an opponent’s home field as well.”

The Black Hawks advance to a PIAA semifinal match up set for June 14 against Central Mountain, which dispatched of Peters Township 12-0 in five innings and edged West Allegheny 3-2 in the quarterfinals.

“We know we have our work cut out for us but we can’t wait to get after it and play,” Zehnder said.

“My players win and lose with grace,” he said. “They play the game the right way.”

With a win, the Black Hawks will advance to the state finals for the first time since winning a PIAA championship in 1988.

The PIAA Class 5A championship game is set for 4:30 p.m. June 17 at Penn State’s Medlar Field.