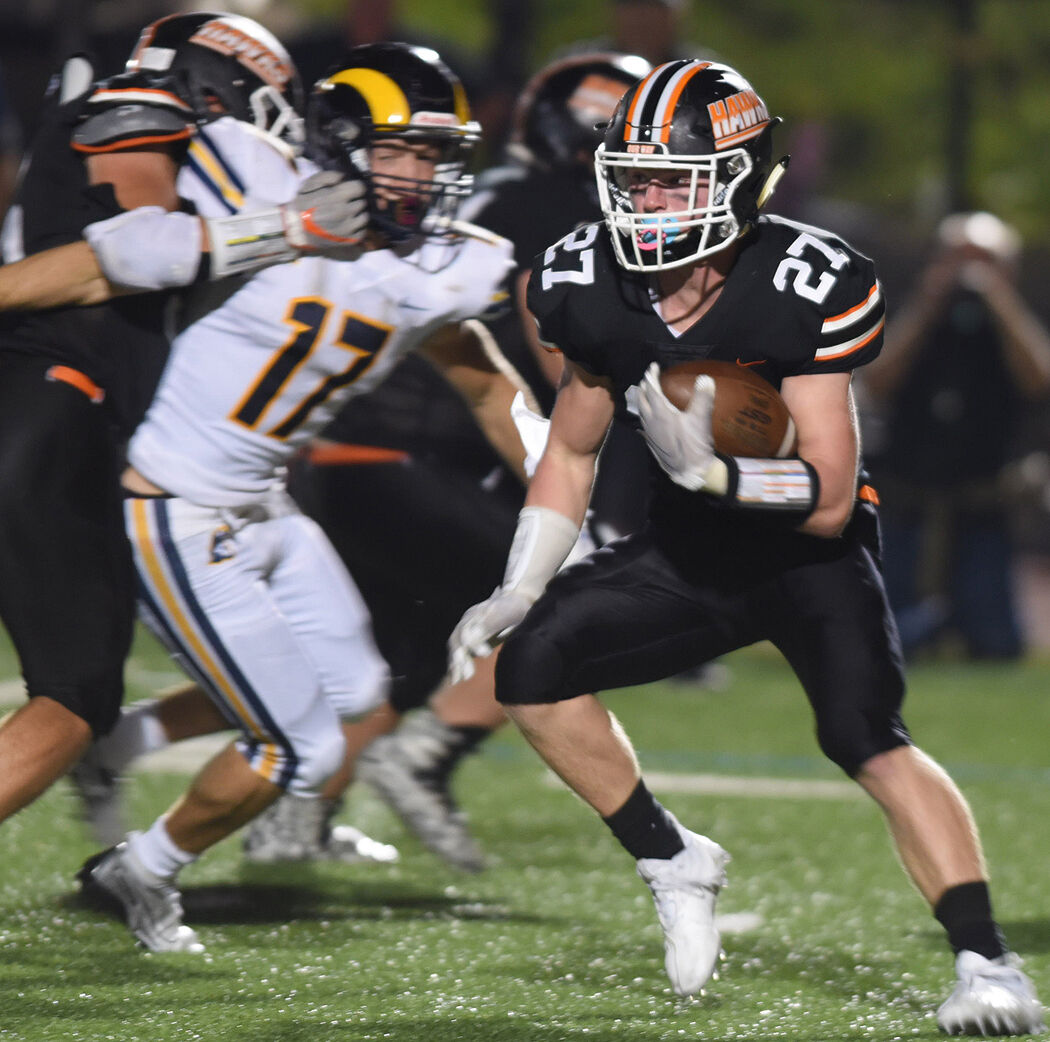 Bethel Park running back Troy Volpatti plunges forward as a teammate blocks a Mt. Lebanon tackler from his path. 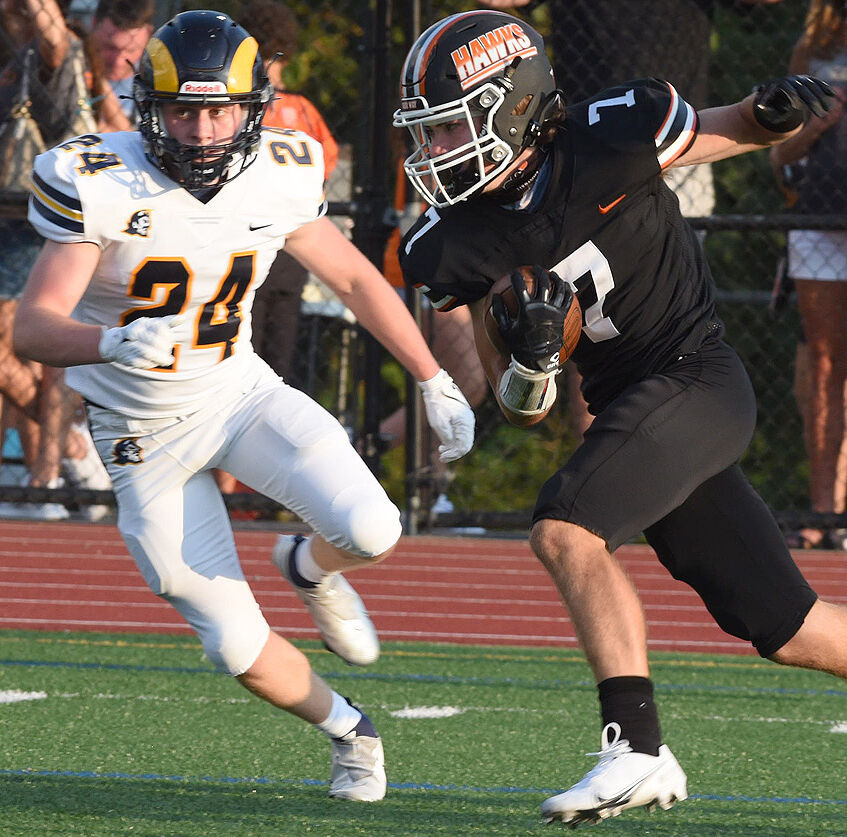 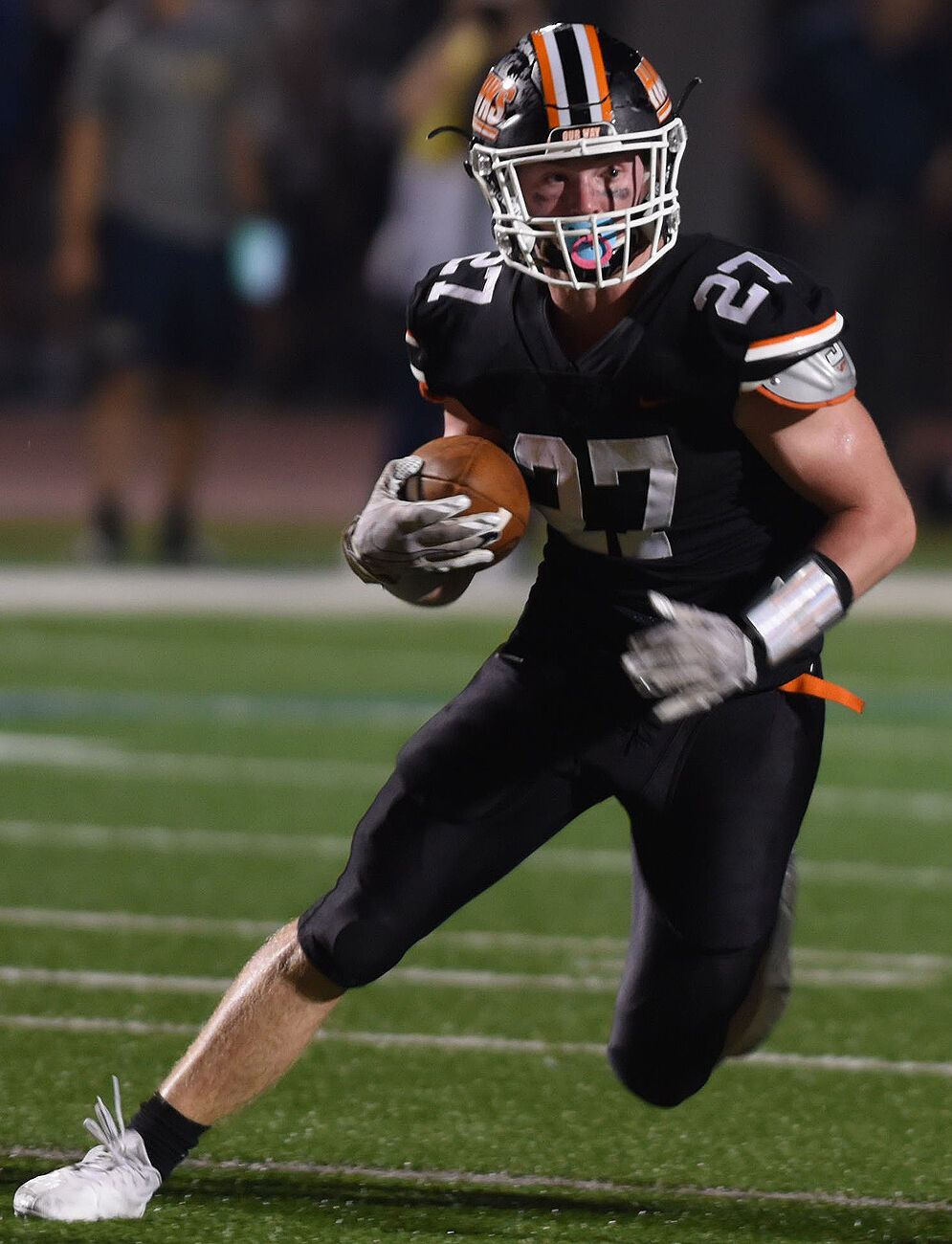 Bethel Park running back Troy Volpatti plunges forward as a teammate blocks a Mt. Lebanon tackler from his path.

Bethel Park will be incentivized when it hosts Canon-McMillan at 7 p.m. Sept. 10 in a non-conference football game.

“It’s homecoming,” said BP head coach Brian DeLallo. “So, we want to play well in front of our community and alumni.”

DeLallo has his personal reasons for putting on a good show, too. For starters, he is good friends with C-M head coach Mike Evans. DeLallo also coached with and against members of C-M’s defensive staff for many years. Plus, several members of his staff are also close with the C-M staff.

“This will be like playing against your brother,” DeLallo said. “You never want to lose to your brother.”

The Black Hawks lost to Mt. Lebanon 28-0 to open their season, while the Big Macs blanked Trinity, 48-0.

The Big Macs feature Ryan Angott. He rushed for 162 yards and three scores against the Hillers.

Angott was the top-returning rusher in Class 6A with 672 yards gained in 2020. Over the past two years, the All-Conference running back racked up 1,568 yards and 15 touchdowns.

Additionally, the Big Macs feature a first-year starting quarterback in Michael Evans. The C-M coach’s son completed 9 of 12 passes for 175 yards and two scoring strikes against the Hillers.

“We need to match that toughness in order to be successful against them,” DeLallo added.

In the season-opening loss to Lebo, the Black Hawks matched the Blue Devils’ grit but committed one too many turnovers. BP fumbled the ball twice and surrendered possession twice inside Lebo’s 5-yard line during the game.

“Lebo is a very good football team,” DeLallo said. “I am sure their results this season will bear that out.

“We certainly did some things to help their cause. Eliminating those mistakes will be key moving forward,” DeLallo added. “We had turnovers, missed assignments, and certainly there were times where I could have made better calls. So, I think there is a lot of room for improvement, from our kids, our staff and myself.”

Highlights in the loss to Lebo included Max Blanc’s play behind center and Cody Geddes’ punting as well as interception on defense. Blanc completed 12 of 23 passes for 145 yards.