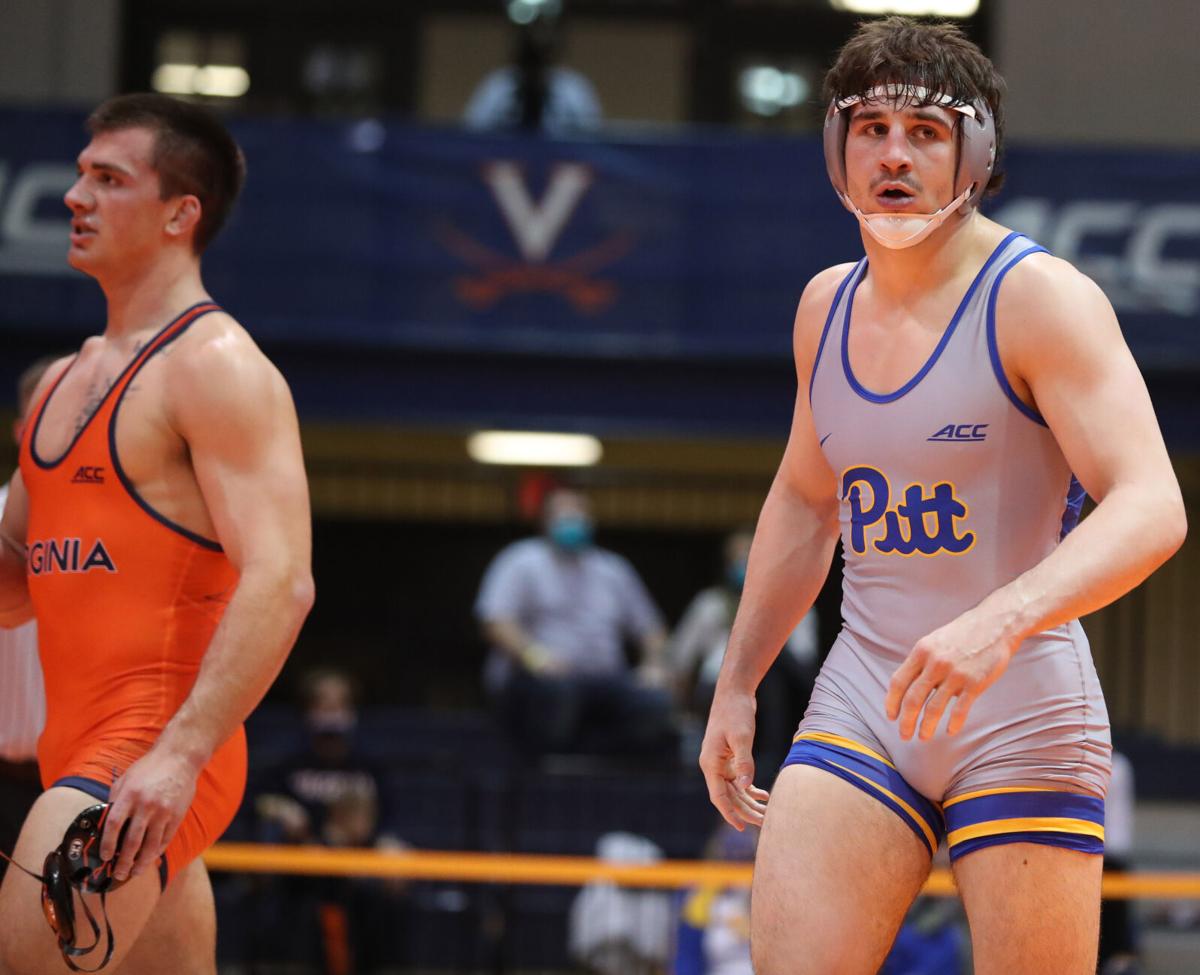 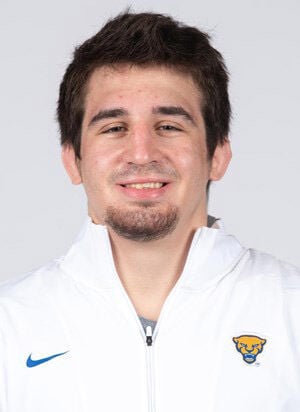 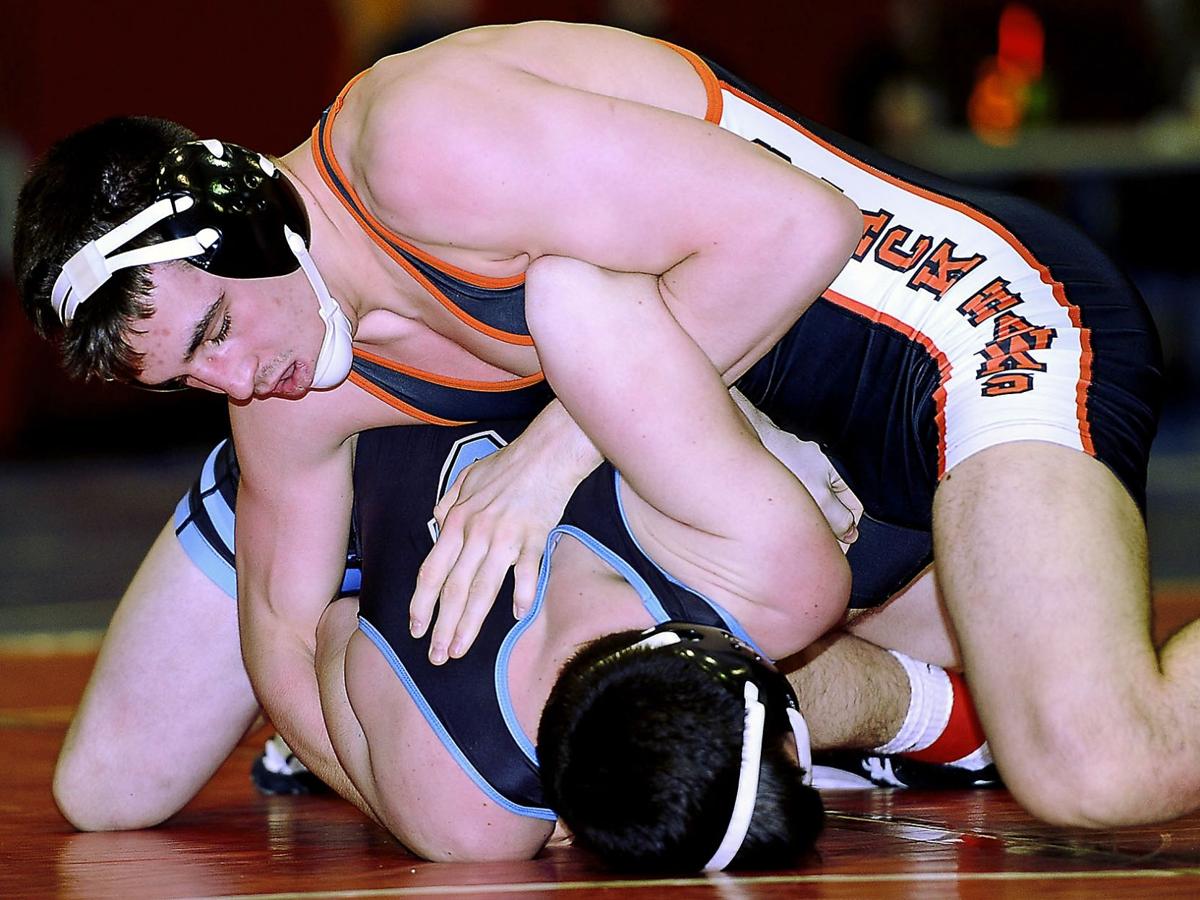 Nino Bonaccorsi has the second most victories in Bethel Park history and was a two-time PIAA runner-up. 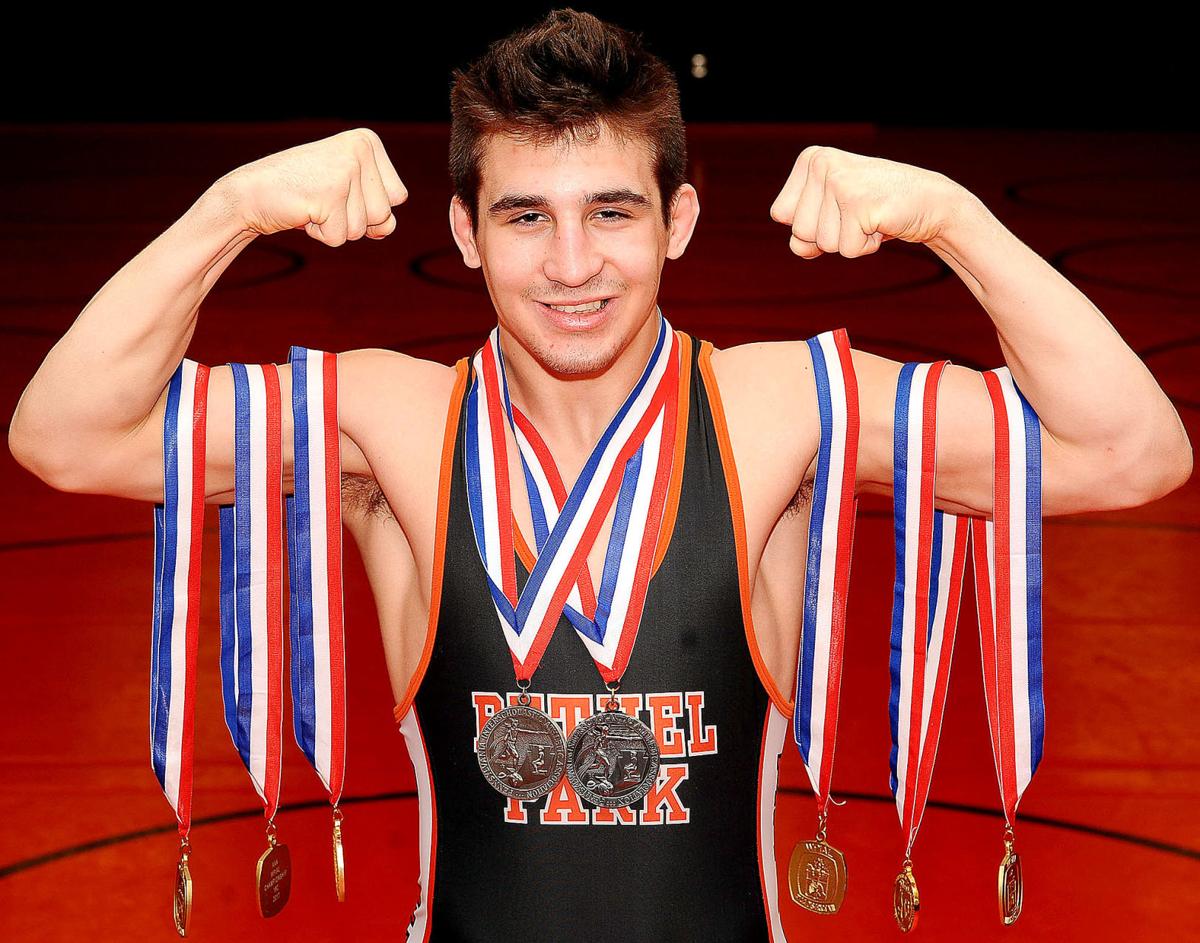 Nino Bonaccorsi was a decorated wrestler at Bethel Park High School. He finished his scholastic career with 147 victories, second-best in school history, behind only his brother, Nick. He was a two-time state runner-up and two-time WPIAL champion. Currently, he wrestles at the University of Pittsburgh.

Nino Bonaccorsi has the second most victories in Bethel Park history and was a two-time PIAA runner-up.

Nino Bonaccorsi was a decorated wrestler at Bethel Park High School. He finished his scholastic career with 147 victories, second-best in school history, behind only his brother, Nick. He was a two-time state runner-up and two-time WPIAL champion. Currently, he wrestles at the University of Pittsburgh.

Unlike most during last spring’s COVID-19 quarantine, Nino Bonaccorsi of Bethel Park purposefully packed on the pounds. His weight ballooned from 184 to 200 pounds after chowing down on meals of homemade spaghetti, steak and chicken.

“Mom’s a good cook,” admitted the 22-year-old son of Melody and Mark Bonaccorsi. “I love her cooking.”

Bonaccorsi, who described his old-school lifting sessions and runs through South Park as “Rocky-style,” also enjoys working off those meals.

“I have a nice set-up in the house. Sometimes it’s good to get away from those big gyms and lift or go out for a hard run to boost the cardio,” he said. “It was nice to have those six months off, but I certainly didn’t want to eat and just get big.”

Once restrictions were lifted and freestyle tournaments returned to the schedule, Bonaccorsi adjusted to his new weight class. He had wrestled at 184 in 2020 but would be the Panthers’ 197-pounder this winter.

Bonaccorsi recently scored one of the best wins of the NCAA Division I wrestling season when he knocked off Jay Aiello, 7-5, during Pitt’s 17-16 loss to Virginia.

Aiello was undefeated before facing Bonaccorsi and ranked third in the nation.

“It was a really good match. The kid was pretty good but neither of us was familiar with the other,” he said. “Since I moved up a weight, I’m seeing a lot of new faces.”

Bonaccorsi, however, is following a familiar path to victory.

Against Aiello, his pace earned him three takedowns, including one in the final seconds that swung the bout in his favor. Bonaccorsi had trailed twice in the match.

“I didn’t go into the match trying to do something different,” he said. “I just stuck to what I’m good at.”

Bonaccorsi’s forte is forcing the pace. Throughout a match, he maintains a high-attack rate.

He employs that strategy in practices as well.

“When I go to practice, I don’t take it easy,” Bonaccorsi said. “I try to push past what I normally would do because it’s a good test for a match. I try to find a limit and go past it. Go where guys don’t want to go. It’s hard to go for seven minutes so I work on it. Keeping the pace and implementing. I don’t want my opponent to be in a spot where he is comfortable. I want to make him uncomfortable.”

For more than 18 years, Bonaccorsi has punished opponents. In fact, he finished his high school career ranked second in the country. At Bethel Park, he still ranks second with 147 career wins. His brother, Nick, holds the record.

“I was fortunate to have a dad and brother as well as a great coach (Bob Stewart) involved in my career and a great teammate like Paul Dunn who took me to another level,” Bonaccorsi said. “They prepared me for my career after high school and helped me reach another tier where you want to wrestle the top guys and test your skills.”

Heading into his red-shirt junior season, Bonaccorsi owned a 67-18 career record. He was an ACC runner-up in 2019 and a bronze medalist in 2020. A two-time NCAA qualifier, Bonaccorsi garnered collegiate All-America honors in 2020.

With the win against Aiello, Bonaccorsi improved to 5-1 overall.

While Bonaccorsi has beaten top-ranked wrestlers in the past, he must learn to consistently string together victories like the one against Aiello.

“That was a big win for Nino,” said Pitt head coach Keith Gavin. “He’s certainly capable of beating the top guys and competing for a national title. He just needs to do it consistently. But we’re really excited about that win and the way he responded after losing his previous match.”

Bonaccorsi said he hopes to compete for an ACC and NCAA title later this winter.

“That’s been the plan all along. I set high goals for myself,” he said. “Those certainly are big mountains to climb, big challenges.”

Bonaccorsi, however, is taking a simple approach to his goals.

“I’ve been wrestling my whole life,” he said. “I’ve learned that you can’t emphasize one tournament as more important as the other. You have to treat them all alike. You have to stick to what got you there and perform one match at a time. You have to keep plugging away. If you have worked and competed the hardest you can, then you have done all that you could. The rest is in God’s hands.”

Who would you like to have dinner with? Either my grandfather, Jack Bonaccorsi, or (Irish mixed martial artist) Conor McGregor.

Who are you rooting for in the Super Bowl. “Everybody is saying the Chiefs but there is something about Tom Brady. He’s such a winner and so good that it would be stupid to bet against him. So I’m going to go with the Bucs, 28-24.

Life lesson learned from wrestling: “The sport teaches you how to handle adversity and an old Pitt coach told me once ‘not to let the highs get too high and the lows too low. Keep plugging away and keep an even keel. If you work and compete the hardest that you can go, then the rest is in God’s hands because you have done all that you could.”

In 10 years, I will be: “Probably coming home from work and taking my kid to wrestling practice or tournament.”