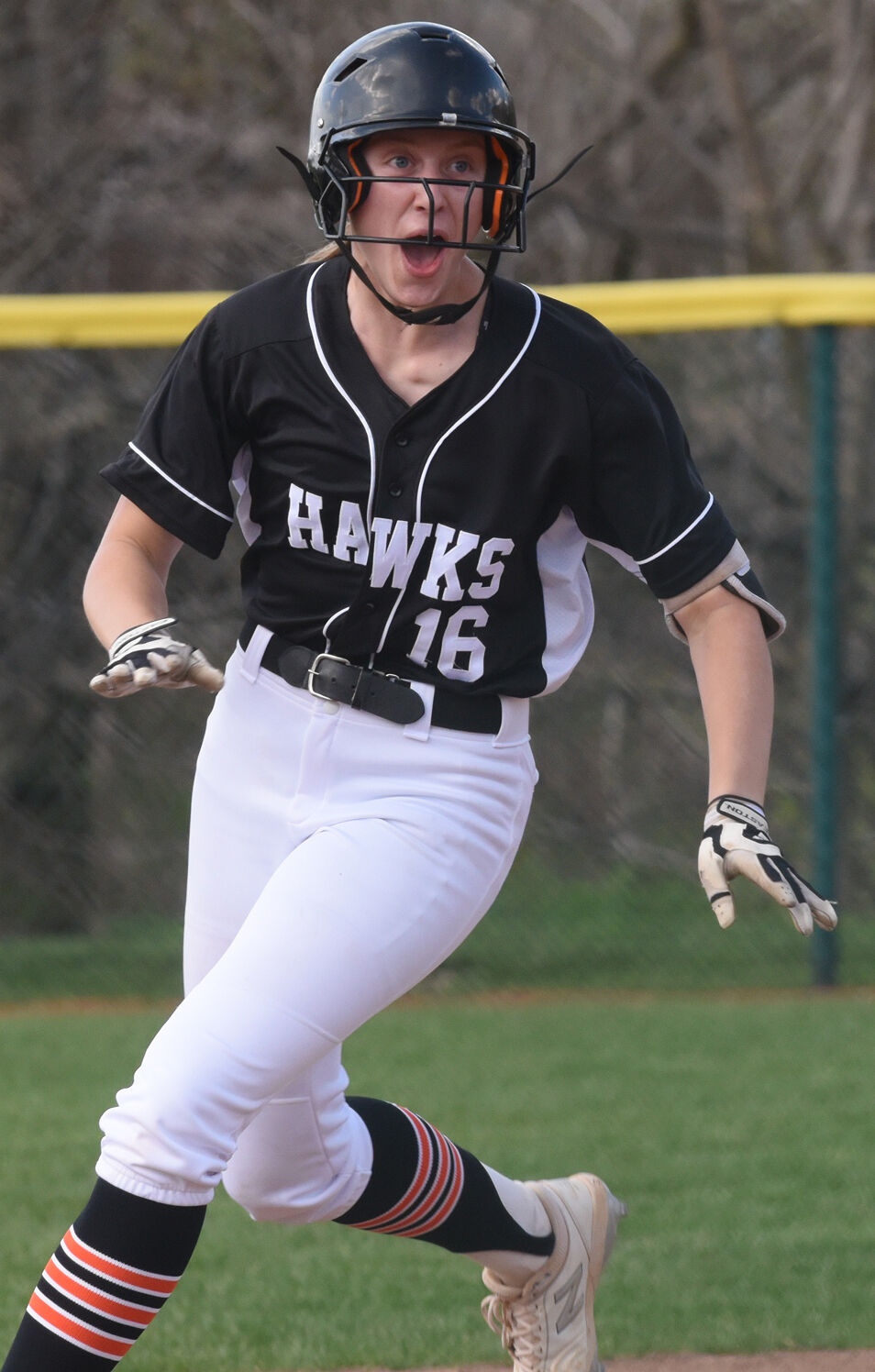 Bethel Park’s Reagen Milliken celebrates as she rounds the bases after hitting a home run against Mt. Lebanon earlier this softball season. 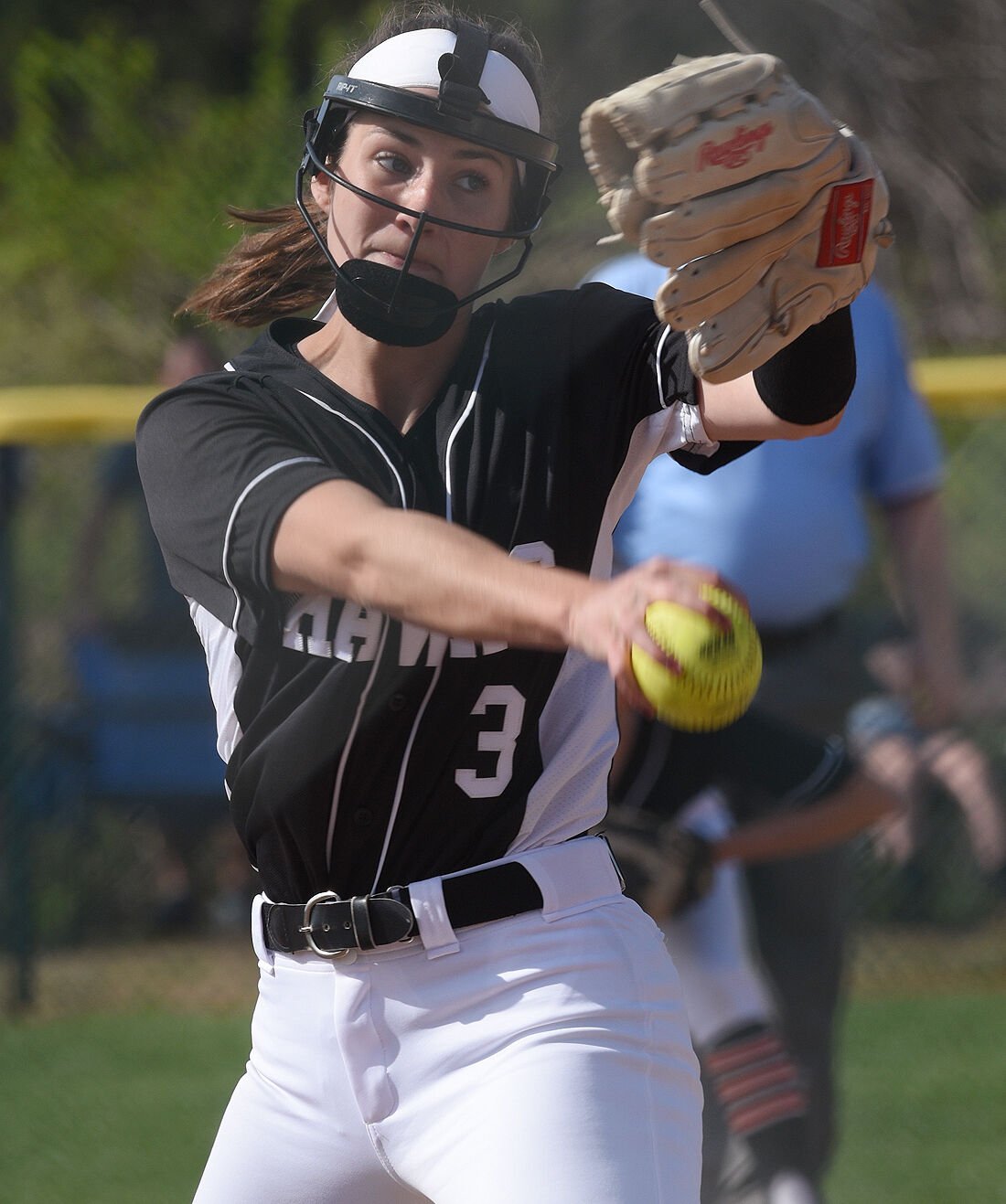 Bethel Park ace Delaney Nagy lets loose with a pitch during a recent game. She raised her record to 11-0 with a 3-1 win against West Mifflin. In the victory, she scattered two hits and struck out eight.

Bethel Park’s Reagen Milliken celebrates as she rounds the bases after hitting a home run against Mt. Lebanon earlier this softball season.

Bethel Park ace Delaney Nagy lets loose with a pitch during a recent game. She raised her record to 11-0 with a 3-1 win against West Mifflin. In the victory, she scattered two hits and struck out eight.

After losing the chance to play the 2020 season because of the COVID-19 pandemic, Heather Scott and her Bethel Park softball team can tolerate a couple of weather postponements.

“Last year was so difficult,” said Scott. “We played one scrimmage. Then everything was put on hold. I felt so bad for the seniors. They didn’t get to compete in their final season.

“This year, I feel like a kid in a candy shop,” Scott continued. “After a long, difficult year, just stepping back onto the field has us super excited as a team.”

Despite a rainy beginning to the month of May, the Black Hawks are thrilled with their season so far.

Bethel Park started the week at 11-0 overall and 5-0 in Section 1. With games against Peters Township, Canon-McMillan and Baldwin to make up, the Black Hawks have wrapped up a berth in the WPIAL Class 6A tournament.

Playoffs are scheduled to begin May 17. The championships are set for June 2-3 at a site to be determined.

“I am pleased with the way the girls are playing, but there is a lot of softball to be played prior to the playoffs,” Scott said. “We can’t let up.”

The Black Hawks surrender nothing at the plate. BP has scored 118 runs so far this season and 10 or more runs in seven games. The Black Hawks’ closest contest was a 3-2 decision against Chartiers Valley.

“Hitting continues to be our strength,” Scott said.

Reagan Milliken spearheads the attack. A Ohio State recruit, she is batting .654 with four homers and four doubles to go along with one triple. She has been walked nine times. Milliken has driven in 19 runs and scored 14.

Lauren Caye, Sandra Soltes and Gianna Sciullo are all batting .500 or better.

A Seton Hall commit, Caye has scored 22 runs and maintains a .562 average. The senior center fielder has one homer, two doubles and two triples.

A Georgetown recruit, Sciullo has a homer and a triple to go along with six doubles. She is the team’s first baseman.

Delaney Nagy follows with three homers, a triple and a pair of doubles. She has driven in 14 runs.

Nagy is the team’s pitching ace at 11-0. She is another of BP’s Division I prospects. She accepted an offer from the University of Connecticut.

The Hawks have also relied upon Ali Sniegocki. The junior outfielder owns a .346 batting average with two homers, three doubles and a triple.

Second baseman Delaney Sierka, who is hitting .423 with two doubles; utility player Abby Quickel, who is hitting .387 with two homers and a double; third baseman Sami Stevenson and outfielder Lexi Seese round out the team’s starting line up.

Competition also keeps the Black Hawks on their toes.

Scott said the schedule is filled with competitive teams that can beat one another on any given day. Nevertheless, Bethel Park appears on track to achieve its goals this spring.

“Our first goal was to make a big impact in section play,” Scott said. “Just like others, our ultimate goal is to compete in the championship. But, we have to take one game at a time.”