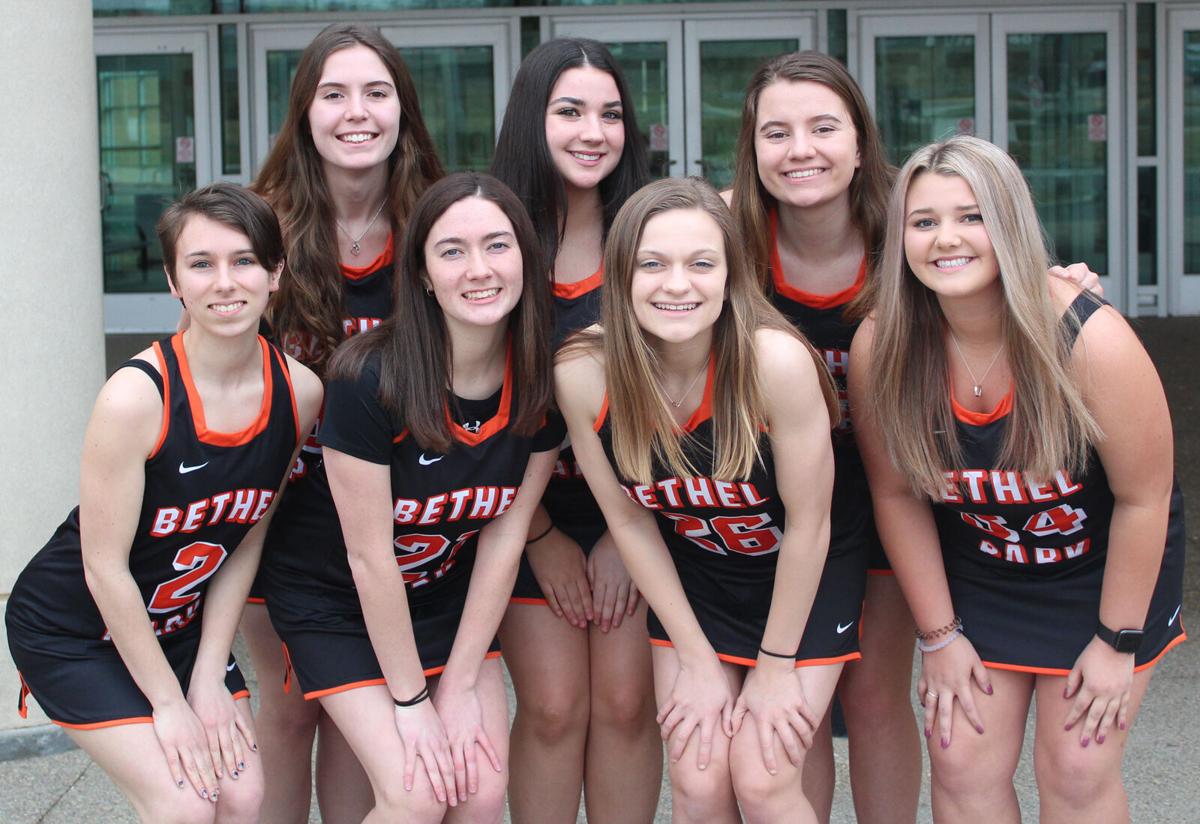 It wasn’t the recognition night the eight seniors on the Bethel Park girls lacrosse team expected. It was better.

When the Black Hawks learned their season was canceled by the coronavirus pandemic, the booster club planned a proper send off.

A parade, featuring underclassmen families and friends, was organized through the Grandview Farms Housing plan where a group of 24 players and their relatives, watched from a safe physical distance. Each senior posed in front of their life-size posters that would have been hung on the stadium fences had any games been played. Additionally, a barbecue picnic, complete with pulled pork as well as macaroni and cheese was prepared.

“This was really nice. The parents did a great job of making us feel special,” said captain Sasha Henderson. “Honestly, this was a whole lot nicer than had it been held after a game.”

Peyton Miller, who also served as a team captain, said she enjoyed the evening as well.

“Actually kind of cool,” she said, noting the members of the boys lacrosse team in attendance. “I hoped they would be there to support us. They definitely would have been there if a game had been played. This was not the same as that, but it felt great. It was nice to have something.”

Bethel Park head coach Becky Luzier was was well aware of what her senior players had lost. The Black Hawks graduated just two seniors from a team that reached the WPIAL Class AAA quarterfinals a year earlier.

“I know how heartbroken the seniors in particular were that there would be no season, so it was nice to see the girls get the opportunity to have an evening devoted to celebrating what they had given to the program,” Luzier said. “I thought it was really amazing to still be able to do something for them.

“This was such a spirit lifter. Good for the soul,” she added. “There is so much sadness and dark times in the world right now, it’s good to be reminded of the positive. This certainly was a way to put a positive spin on the end of the season and the end of the careers of some very special players.”

Each seniors was presented a sweatshirt with the inscription of the college they would be attending in the fall: Grace Regan, Michigan State; Grace Reiland, Pitt; Marissa Disori, Penn State; Dominique Eckley, Slippery Rock; Miller, Penn State; Sasha Henderson, St. Lawrence; and Marissa Haunn, Duquesne. Manager Kendal Allsopp, who is headed to Slippery Rock, was unable to attend the event.

“For me, it really stinks because I will not be playing again and that this would have been one of our better seasons,” said Miller, who plans to major in elementary education and become a second-grade teacher.

“Life doesn’t always work out,” she added. “This team is going to be really good next year and the year after that.

“I loved this team and I have made some of the best friends,” she added of her teammates, some of whom she has played with since fifth grade. “Sports brought us together and that’s what I love about lacrosse, the ability to form relationships and to win with my friends.”

Miller, the 18-year-old daughter of Lori and Steve Miller, said her fondest lacrosse memory was scoring two goals in a win against Peters Township.

“They’re our rival and they’re always pretty good,” she said. “In fact, we’ve never beat them. But when I scored those goals, I thought, ‘wow I finally arrived.’ I was finally contributing.”

Henderson cited the team’s Bigs/Little Program as a contributing factor to the team’s success.

Each year, Luzier and her assistants, Jerry Morrow and Taylor Connors, pair older players with an underclassmen to teach them how to be successful in the program.

“I want my players to be really successful after high school. I want them to be prepared to advocate for themselves and work as a team. I’m more concerned with their long-term success than in wins and losses. I want to give them all the tools they need to do well in life,” Luzier said.

Henderson took teammates Megan Cunningham and Riley Miller under her wing and made the sophomores feel part of the team.

“As captains, Peyton and I, as well as the other seniors, wanted to have some sense of leadership and give the underclassmen a chance to shine because they will be the future leaders to the team,” Henderson said. “They will definitely be important for the team’s success next year.”

Henderson said she and her teammates shed their share of tears over their lost season.

The recognition event provided some consolation.

“This makes it bittersweet,” Henderson said. “We were looking forward to a good season but there are a lot of good sophomores who will lead the team next year to a lot of success.

“So it goes,” she sighed. “I’m moving on to the next chapter of my life, but I want to hold on to this team and friends.”

Miller said she is “thankful” for the time she has had in the program.

“My hope is the girls in the future have as good a time as I have had and make friends as I did. Life doesn’t always work out how you want it to. It’s OK,” Miller said. “You have to look on the bright side, stay positive and hope for the best.”