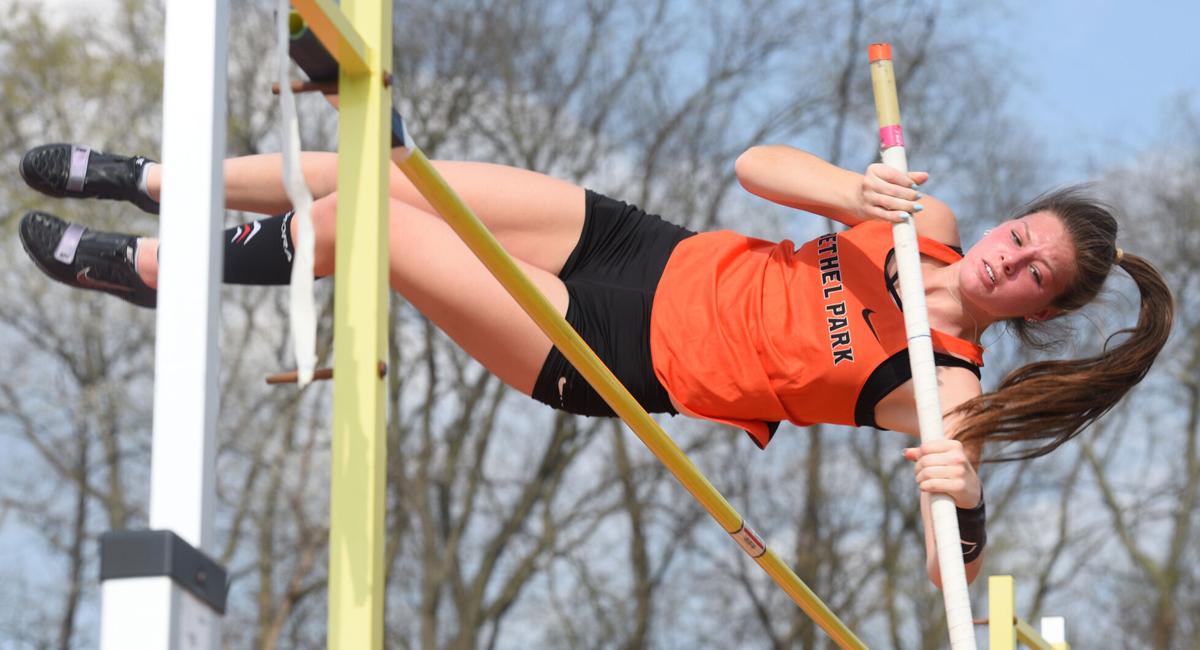 Bethel Park’s Megan Malecki cleared the bar for a new school record in the pole vault. 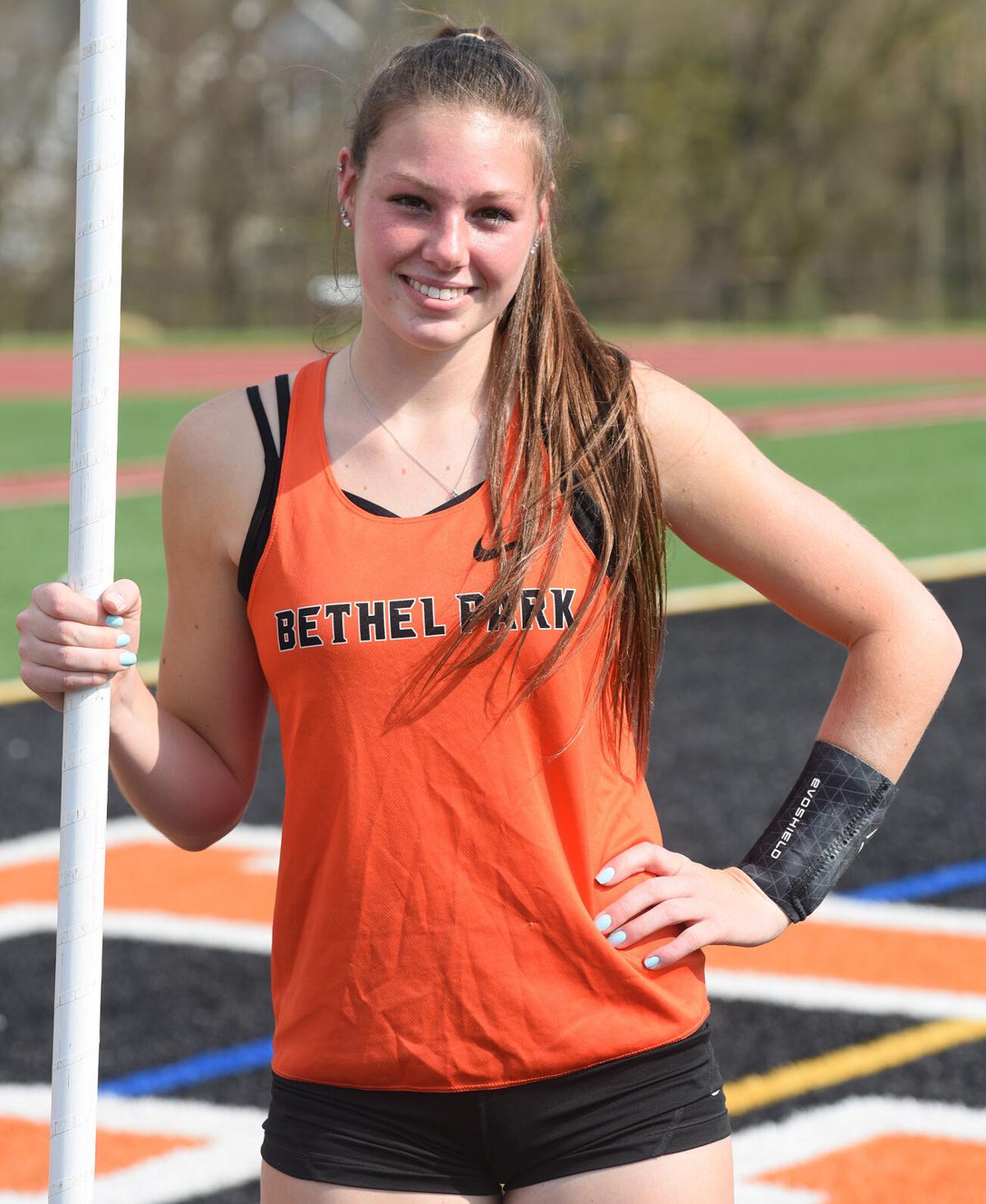 Bethel Park’s Megan Malecki will next compete in the pole vault at Millersville University. 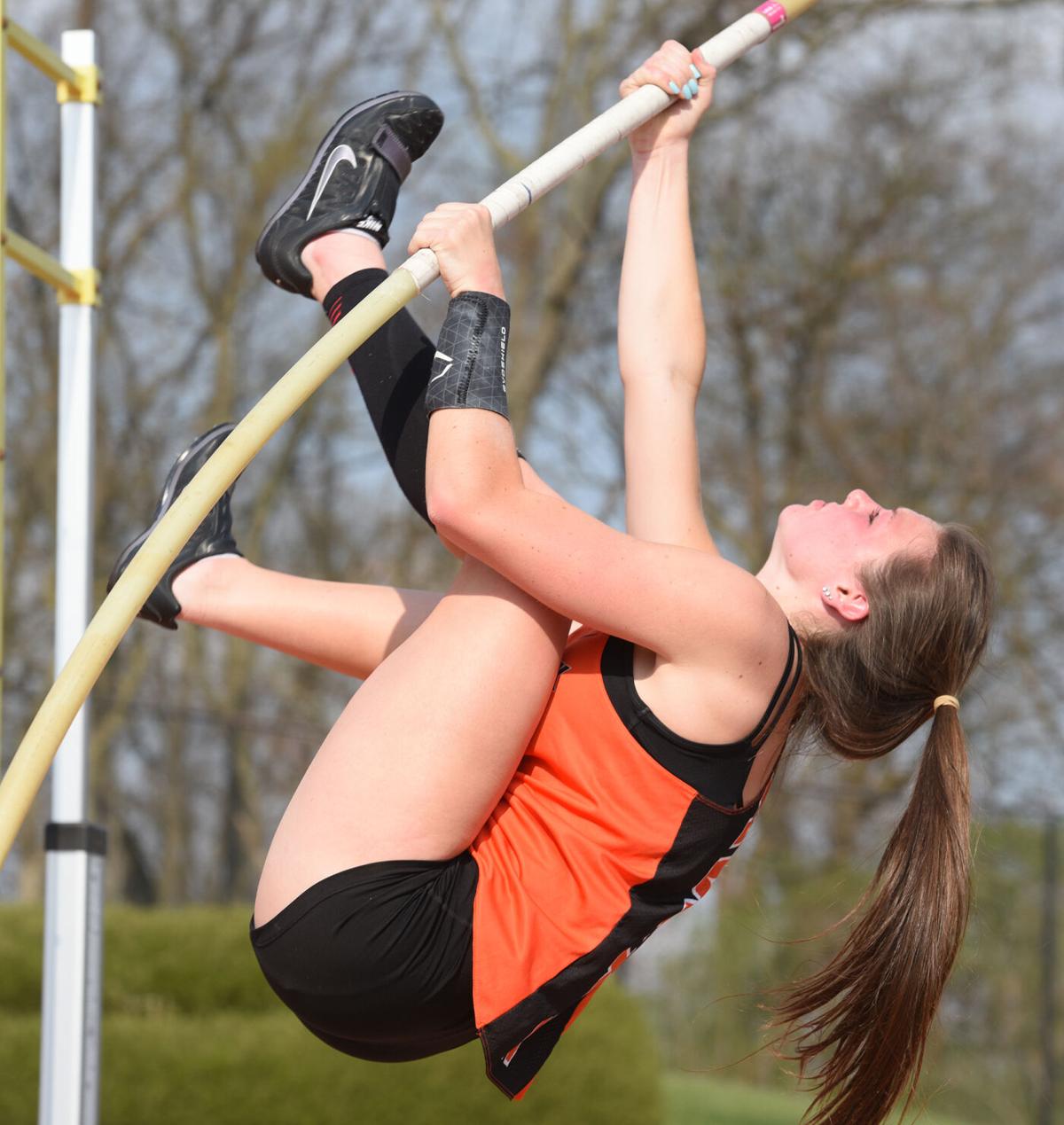 Bethel Park’s Megan Malecki climbs the pole as she attempts to clear the bar during a practice session.

Bethel Park’s Megan Malecki cleared the bar for a new school record in the pole vault.

Bethel Park’s Megan Malecki will next compete in the pole vault at Millersville University.

Bethel Park’s Megan Malecki climbs the pole as she attempts to clear the bar during a practice session.

“It always ends in failure,” she said, noting a meet cannot end until a vaulter misses an attempt three times. “You can win the meet but you still have to lose.”

So far this spring, Malecki has experienced some spectacular fails. She finished first in the South Hills Classic and took third in the Tri-State Coaches Association Meet.

During a meet earlier this spring at Hempfield, Malecki vaulted 11 feet, 3 inches and shattered the school record set by Becca Libell, who finished as high as fourth in the WPIAL at the district championships in 2018.

Malecki cleared 11-3 at Tri-States, but scored a personal record of 11-6 in winning the South Hills Classic.

“I was amazed I could launch myself that high. That’s more than twice me,” said Malecki, who stands at 5-7.

Since she first cleared the bar during her freshman year, Malecki has set her sights on 12-2. During a scrimmage this spring, she cleared 11-9.

Malecki tied for 10th place during the indoor state championships this winter.

“I don’t know where that number came from. I just picked it. Though I was so surprised I got over (the bar) in the first place, it just confirmed I could do this,” she said.

Circumstances, however, ruined most plans for her scholastic career. First, she broke her ankle. The fracture required surgery where screws were implanted to help fuse the bones back together. As a sophomore, she tore her quad muscle. COVID-19 canceled her junior year.

“Megan did not let injuries or the shutdown slow her down,” said Mark Jacobs, who serves as the BP pole vault coach as well as the girls track and field head coach. “She trained harder than ever and was determined to improve and succeed amid all the uncertainty.”

Jacobs designed workouts to strengthen Malecki’s core. Her favorite was a pulley drill in which she hung upside down from a tree in her backyard while pulling on a rope and with her feet strapped into stirrups.

“It was weird at first but it was a lot of fun once I learned how to hold myself up,” said Malecki of the exercise she performed three times a week for an hour a day.

“Coach Jacobs really is the secret to my success. He has helped me an awful lot. His ideas for drills and his ability to fix problems when I didn’t know I had them have enabled me to go higher that I’d ever thought possible.”

At a young age, Jackie Malecki entertained the thought of her daughter as a cheerleader or a dancer. Instead, she tried gymnastics. By 2016, she was a national champion.

In middle school, she tried track at the behest of her father, Mark.

“I never saw pole vault before and I had no urge to do it but my dad wanted me to do it,” she said. My grandfather (Paul) did it in high school and my dad thought I’d be good at it.

I’d never admit he was right,” she added. “But I thought it might be fun.”

“It did not end in disaster,” she said. “It was crazy for someone who never picked up a pole ever.

“Getting over the bar and falling backwards, I was like ‘wow, I did that’ and there wasn’t any fear. When you do it right it can be scary especially when you get up that high. But there was just this rush and enjoyment to it all.”

Malecki has enjoyed every moment along the way, including when she had to practice on her own during the pandemic.

“It was upsetting to lose my junior year. That’s the most important one because of recruitment,” she said. “If there is one thing sports has taught me, though, it’s to not lose hope and not to quit.”

Malecki will compete for Millersville University in the pole vaulter.

“I’m extremely happy to be going to Millersville. When I visited, I never wanted to leave,” Malecki explained. “Not only will I be getting a great degree, I’ll also have an opportunity to compete at the high level.”

In the meantime, Malecki said she plans to medal at the WPIAL finals set for May 20 at Slippery Rock University and compete at the PIAA championships set for May 28-29 at Shippensburg University.

“It would be amazing if I could win at WPIALs,” said Malecki, who is aiming for a vault of 11-6.

“I think I can do that. My goal is I want to make it to states.”

Athlete: My brother. “He’d hit baseballs outside until he couldn’t see anymore. That showed me that if you want to get better at things, you have to work at it. If I wanted to be good, I need to practice.”

Dream destination: The beach. “Any place that has warm weather. I’m not one who likes to go out in the cold.”

People might be surprised to know this about you: In 2016, I won nationals for gymnastics.