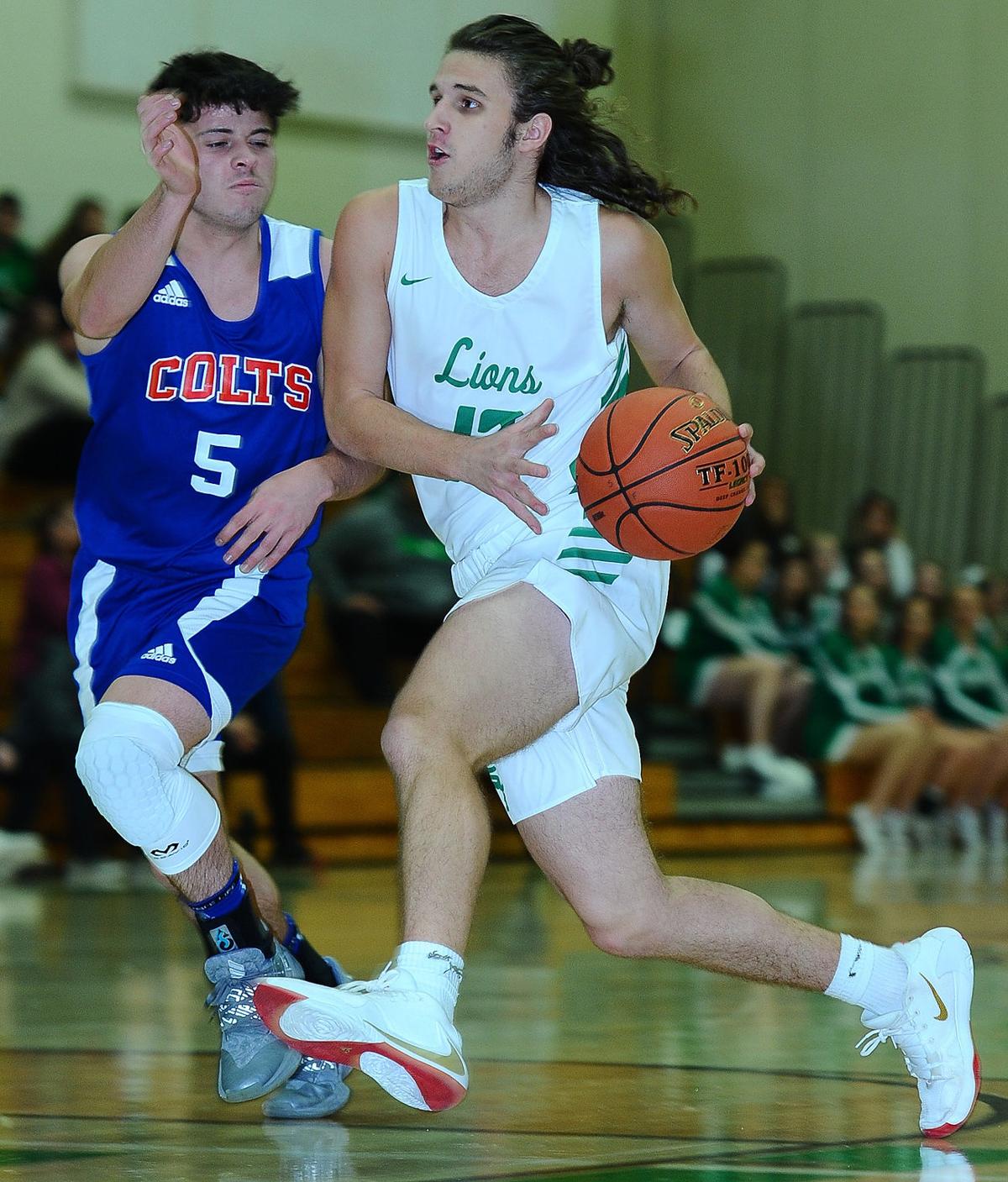 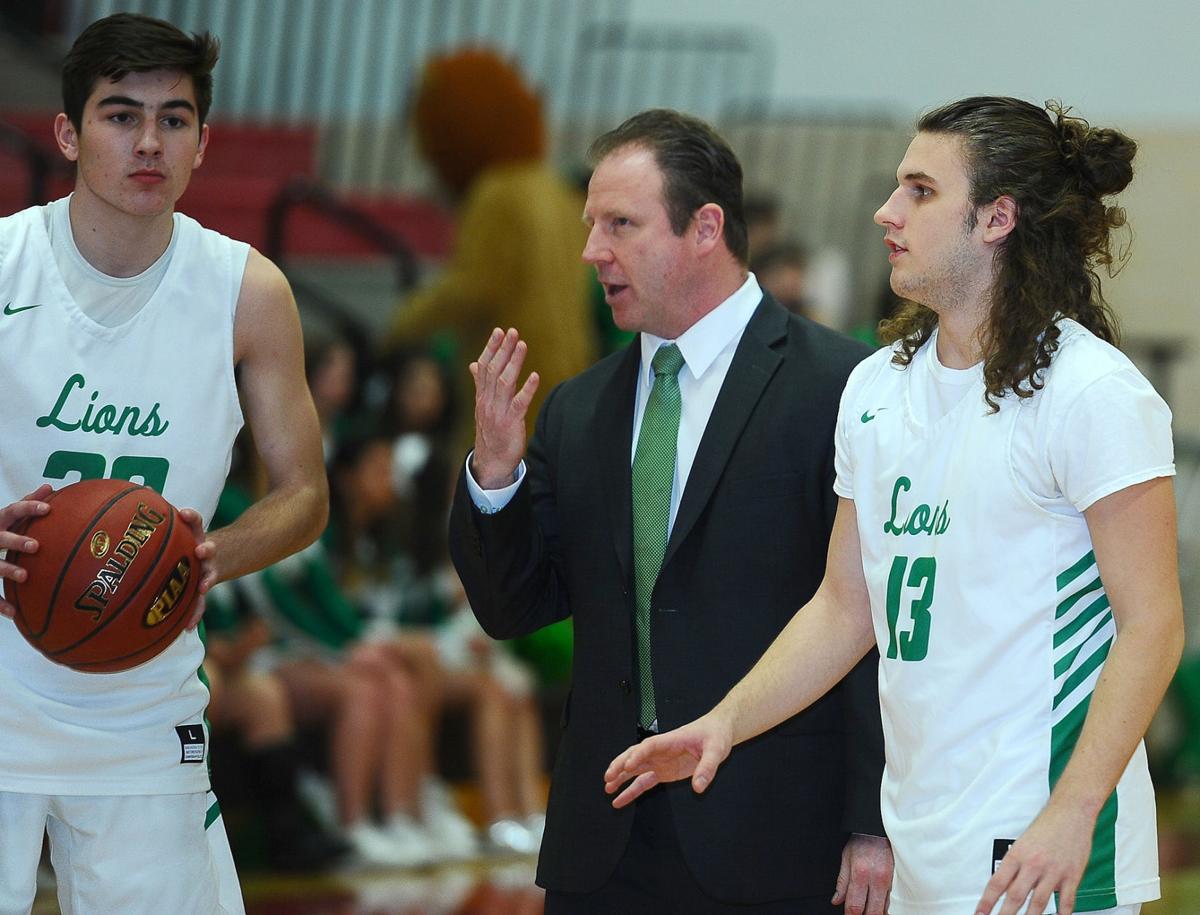 Connor Mislan wasn’t born in a gymnasium. The 18-year-old South Fayette High School senior just grew up in one.

“I was born into it,” Connor said of basketball. “My dad always took me to practices. I really grew up in the gym. I really like it.”

David Mislan, a 1,000-point scorer at Brentwood, led the Spartans to the WPIAL and PIAA championship games in 1989.

“His skills are far superior to what mine were,” David Mislan said of his son, “but I had such a great team experience that I would give up every point I ever scored and every accolade that I ever received to see Connor enjoy his senior basketball year. So this journey has been so fulfilling for me to be a part of such a fun team and season.”

On Feb. 17, Connor Mislan and his teammates took one step closer to a championship. The Lions edged Franklin Regional 48-46 in the first round of the WPIAL Class 5A playoffs. Mislan scored 11 points.

“For every player going into high school, 1,000 points is a goal, but it makes me feel good,” Connor said of his family tradition of scoring 1,000 points. “When I was a kid and I would go to the gym, at Brentwood they have all these banners on the walls and one of them is for 1,000-point scorers. I would look up at it and think, ‘wow, that’s my dad.’”

Over the past two seasons, Connor averaged double figures in scoring and was named to the all-section team. This season, Connor is averaging nine shot attempts per game, but has converted 43% of his 3-point attempts and leads South Fayette in assists and steals.

“Seeing how Connor has reached 1,000 is really special. He has sacrificed points and shot attempts this year for the good of the team,” said David Mislan. “It’s been more fun for him and me. He’s never had more fun playing.”

“This season has been a lot of fun. We’ve been winning games,” Connor said. “I have great teammates that have allowed me to score. They played a big part in me being able to get 1,000 points.”

“Whatever the team needs, I will do for them,” Connor said. “I could be the set-up guy or shoot the open 3 when I have it, but we have a couple of new guys who can do our scoring. My shooting is a big help to the team, but I play real hard on the court. I want to show others how hard they should be playing and I think we are one of the hardest-working teams in the WPIAL.”

Connor worked hard during the off-season to prepare for his senior year. In addition to adhering to his routine of push-ups, sit-ups, sharpening his skills and getting into the gym as much as possible, Connor spent the summer driving many of the younger players to summer games and workouts.

Connor also joined the cross country team. While he said he has always enjoyed running, his time on the squad benefited South Fayette. The Lions finished runner-up in the WPIAL and placed in the top seven at states.

“Connor put a lot of hard work into his game,” David said. “He’s our shooter when we need a three. He’s our ball-handler when we get pressured. But, this year, he has become a great leader for a young team. He has made their transition painless.

“Then there’s his decision to run cross country to get into the best shape possible for the season,” the coach added. “I could not be prouder of his unselfishness and leadership.”

Connor said he recalled a meeting with the players from South Fayette’s 2010 state championship. The importance of the meeting was reinforced when those players were honored before one of the Lions’ games this season.

“I think it was real cool to see all those old players and knowing what they did back then,” he said.

“We have a lot of good young guys on this year’s team so I want to set an example for them. Moving forward maybe it will help for the future and I want to be part of the legacy.”

Connor said he wants his legacy to be about more than just scoring 1,000 career points.

“The goal is to win tomorrow, win the next game, the next one after that,” he said. “We want to win a championship.”

Connor said he is “happy with it all” in regards to his high school career to date. He will round out his career in April with a spot on the Pittsburgh Roundball Classic roster.

“It’s been good,” he said. “My dad’s a really good coach. At home, we watch highlights from games. Just being at practice and going home with him everyday has made us closer. I couldn’t have asked for more.”

Career goals: “Make some money. Maybe be a coach at the high school level. I just don’t know.”

Book: Hitman: My Real Life in the Cartoon World of Wrestling by Bret Hart

Who would play you in a movie: Ashton Kutcher

People might be surprised to know this about you: “I am a member of the chorus. I really enjoy singing.”

Person you would like to have dinner with: Optimus Prime

Lesson sports has taught you: “You have to enjoy the journey when get to the destination and enjoy the people around you.”