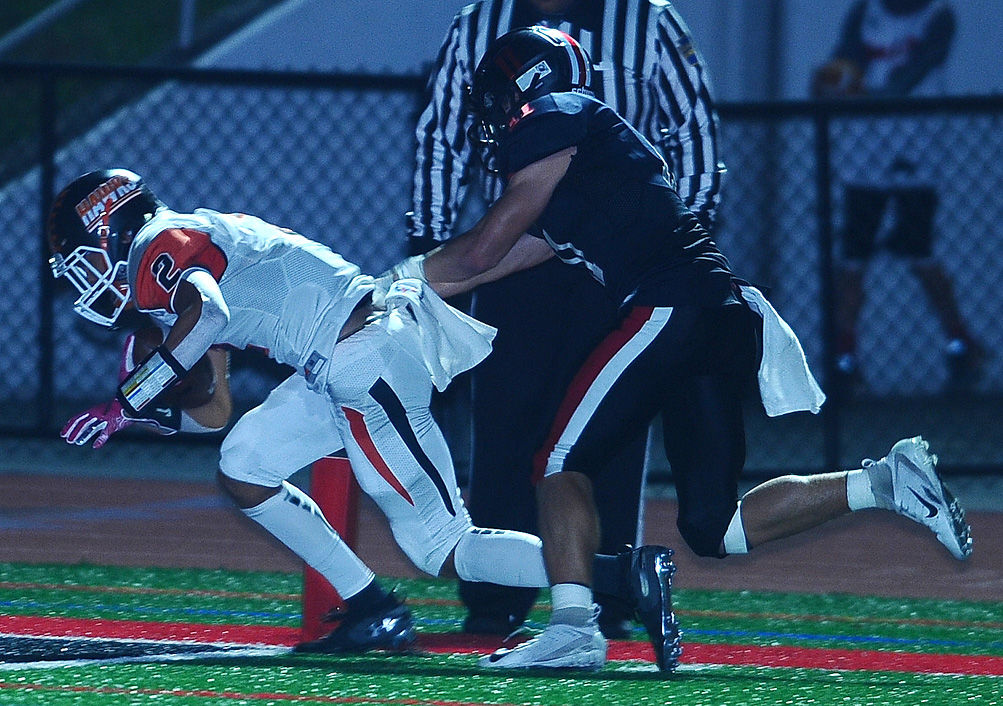 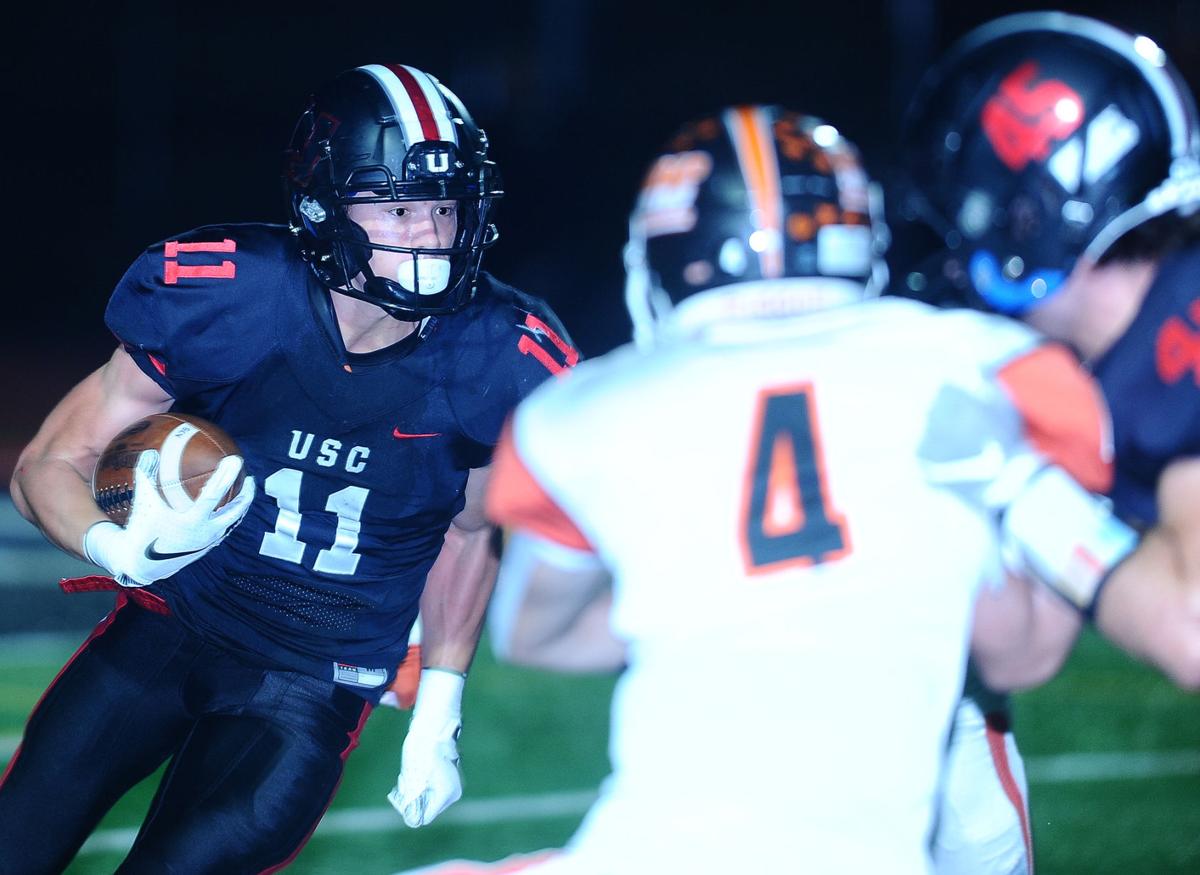 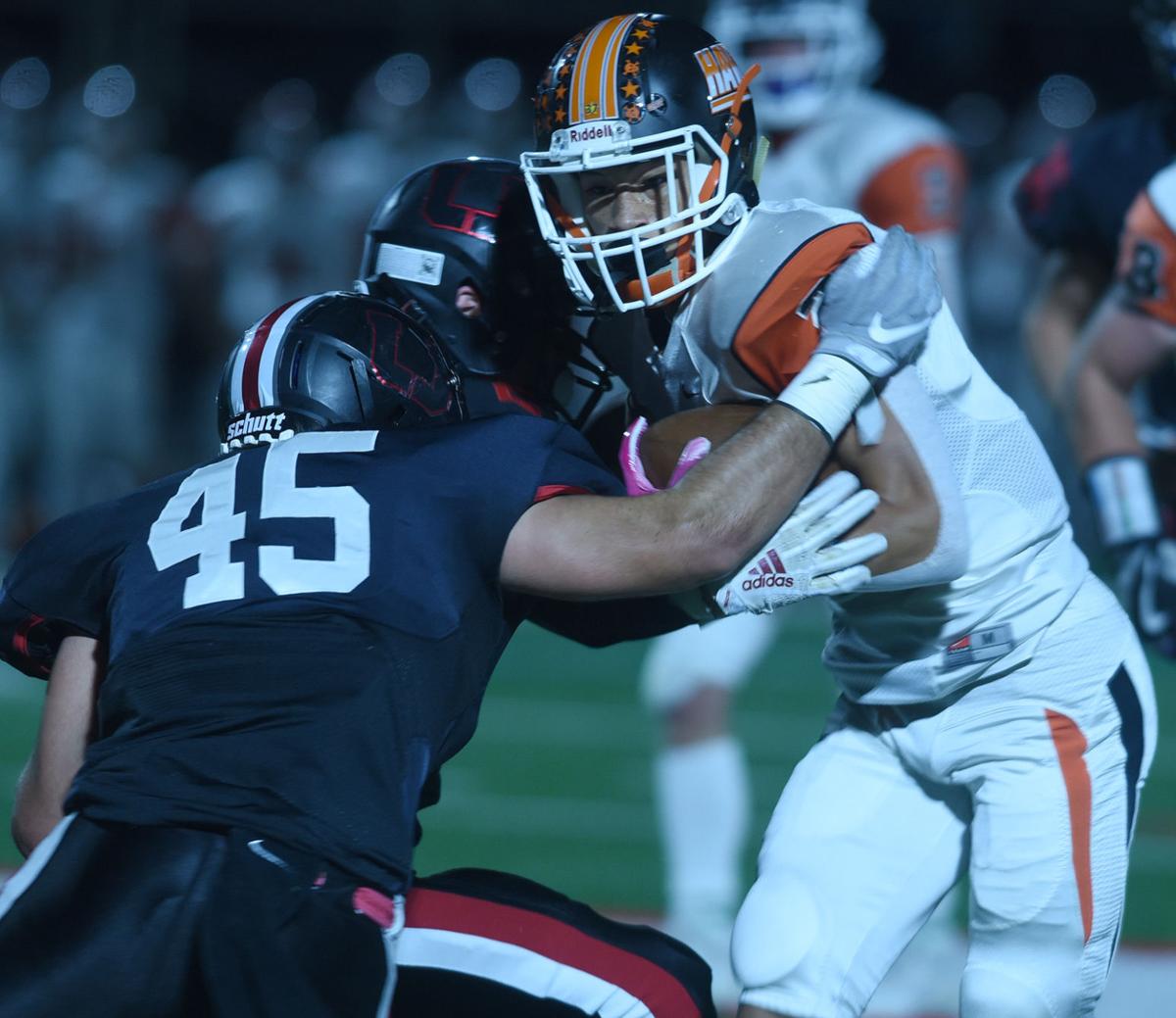 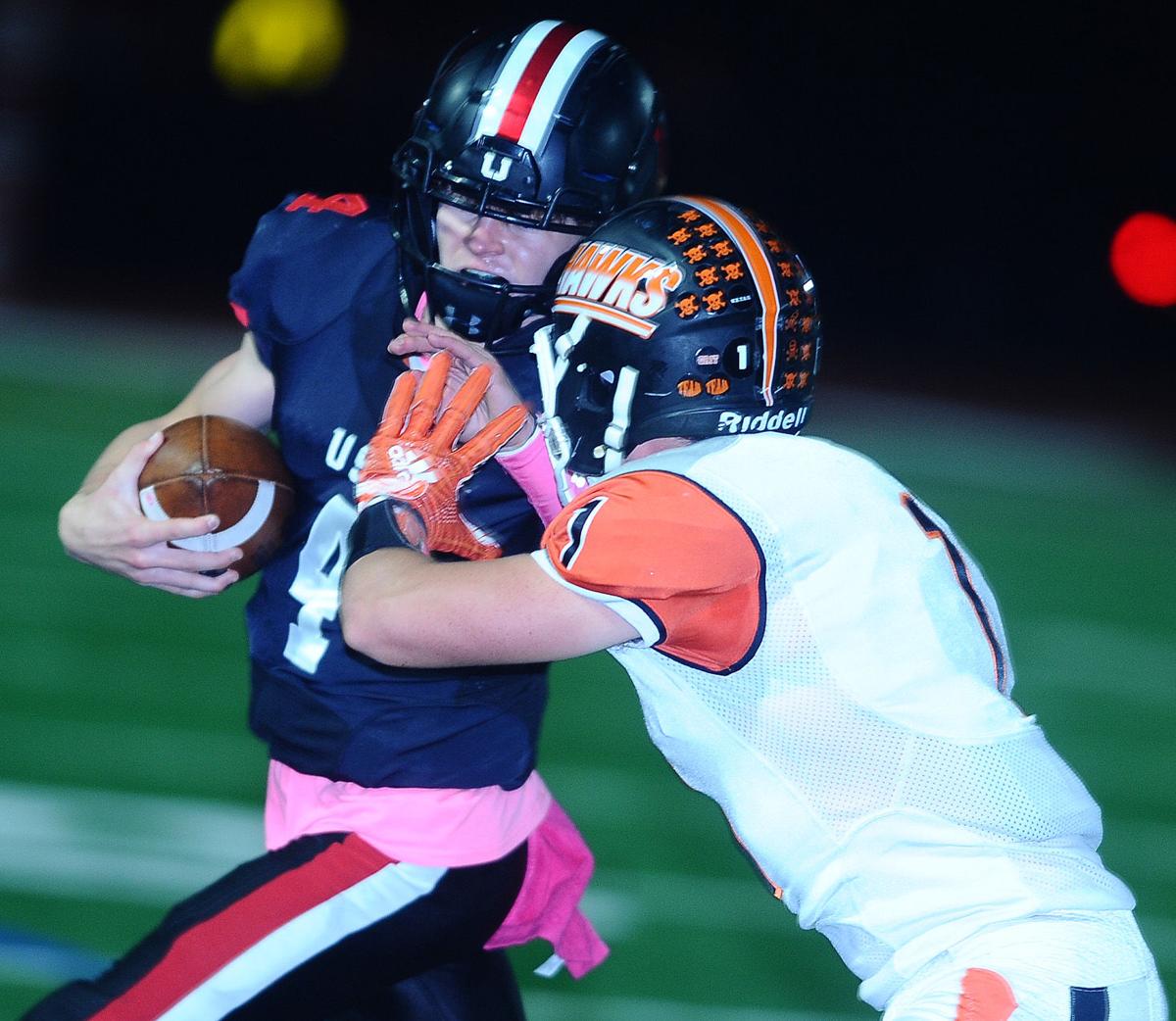 After edging rival Upper St. Clair 14-13 Friday night, Bethel Park will enter the WPIAL Class 5A playoffs flying high and believing it can challenge for a championship.

“Momentum is a crazy thing in high school football. Sometimes you get it cranked up and all of a sudden your kids think they can beat the Pittsburgh Steelers,” said Black Hawks head coach Brian DeLallo. “That confidence is a big thing.”

The Black Hawks have faith, particularly in their defense, as they prepare to host their first-round playoff opponent Nov. 1. In beating USC, the Hawks tamed a high-powered offense that had racked up 283 points in 10 game.

BP limited the Panthers to 187 passing and 96 rushing yards as well as two short scores. Danny Harkleroad scored a 3-yard touchdown with 1:27 left in the third quarter, while Ethan Dahlem plunged into the end zone for a one-yard score with 1:42 remaining in the game.

After thwarting the Panthers’ attempt to win the game on a 2-point conversion, Bethel Park’s William Patrizio and Dom Esposito broke up passes on USC’s final offensive drive. Brandon Cole recovered a fumble to seal the Black Hawks’ victory with 18 seconds to play.

“That offense,” DeLallo said of USC, “not only are they talented, but they wear you down with that pace. They grind and it comes down to one play, the two-point conversion, so I am really pleased with how our defense is playing. We have some tough kids and we are doing a great job.

“We try to sell our kids that our defense can play with anybody in the WPIAL.”

Andy Assad is BP’s defensive coordinator. DeLallo said he will have a game plan prepared for the Black Hawks’ playoff run. Additionally, he said action in the Allegheny Eight Conference has prepared BP for the postseason.

“I think our conference is going to do a lot of damage in the playoffs,” DeLallo said.

He pointed to the parity and the closeness of the contests.

“That was western Pennsylvania high school football,” DeLallo said of his team’s win over USC. “It was all special teams, great defense and a grind out one-point win between two evenly matched teams.”

DeLallo also noted that in the loss to Peters Township, the Hawks did not give up many points because of poor defense.

“We played well defensively. Offensive mistakes and special teams really cost us,” he said. “So, I’m hoping that they are right about defense really does win championships.”

It also helps to be going into the postseason with a win. The triumph against USC snapped a three-game skid for the Hawks. In addition to the loss to Peters, BP succumbed in overtime to Baldwin. The Black Hawks’ only other loss came at the hands of non-conference foe Central Catholic, the WPIAL’s top 6A team.

Penalties and mental mistakes made the going tough for USC against the Black Hawks. In addition to 65 yards in penalties, the Panthers surrendered two first-half scores–a 3-yard touchdown by Sean McGowan with 2:05 left in the first quarter and a 32-yard scoring strike from Anthony Chiccitt to Jehvonn Lewis 14 seconds before intermission. Johnny Gummo converted both extra points.

McGowan rushed for 118 yards on 21 carries while Chiccitt connected on 4 of 10 passes for 50 yards.

“We are going to refocus and make sure we are sound,” said USC head coach Mike Junko. “A big part of making sure you have a deep playoff run is to be playing your best football in the coming weeks. I told the kids to refocus and fix some of the things that need repaired and have a good run.

Dahlem and Pantelis are one of the best tandems in the WPIAL. Dahlem completed 20 of 26 passes for 187 yards and rushed for 82 more in the loss against BP. He ranks in the Top 10 in the WPIAL with 2,083 passing yards and 16 scores.

Pantelis had 12 receptions for 75 yards against BP. The junior ranks second in the district with 70 catches for 1,141 yards.

While the Vikings tied Pine-Richland (9-1) and North Allegheny (9-1) for first place in the Quad County Conference, they held the edge In Gardner Points. They and the Rams, who defeated the Tigers in the regular-season finale, gained first-round byes in the upcoming playoffs, which commence Nov. 1.

In the loss to Central, Lebo’s lone touchdown came on a 55-yard run by Mason Ventrone.