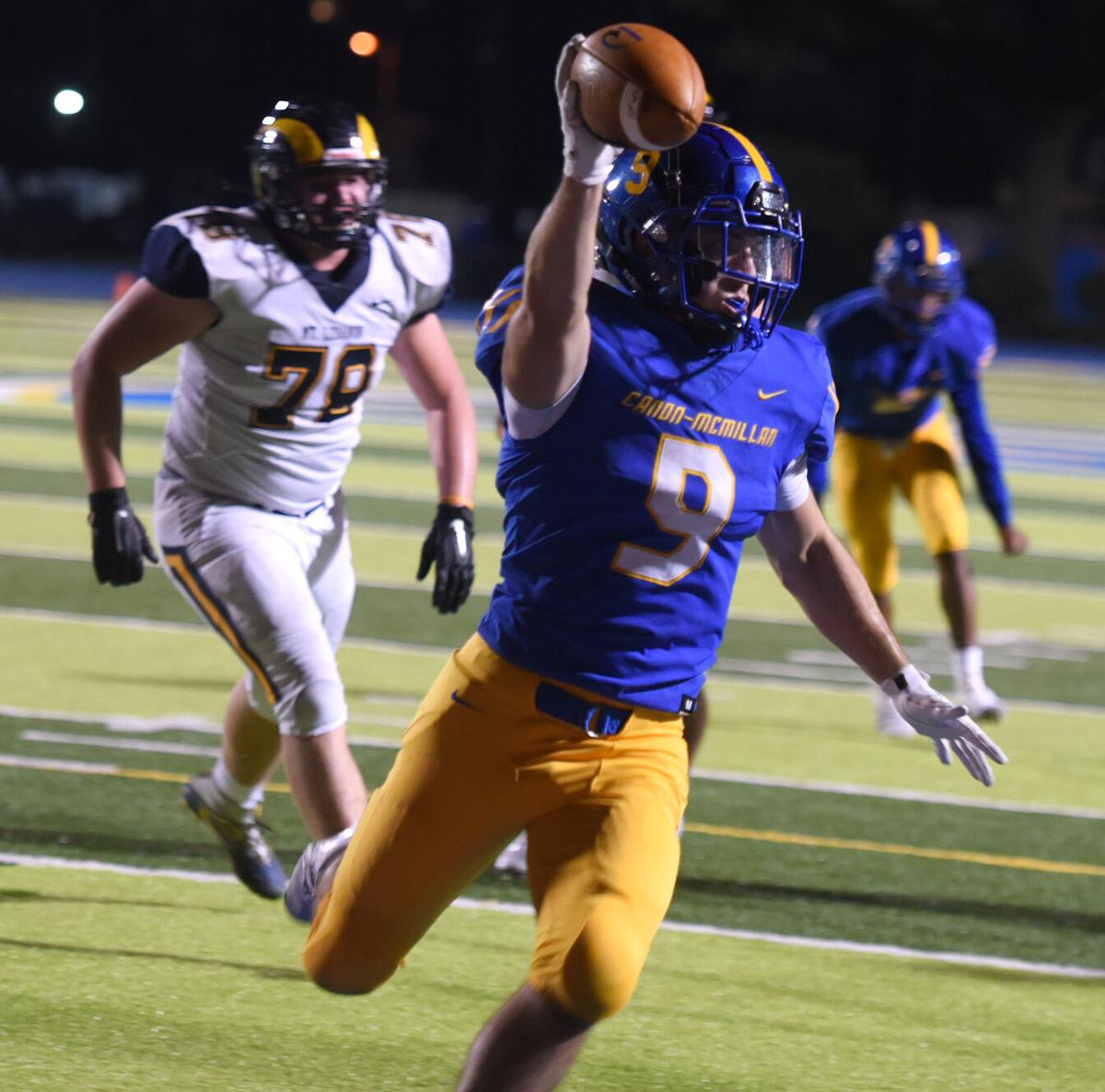 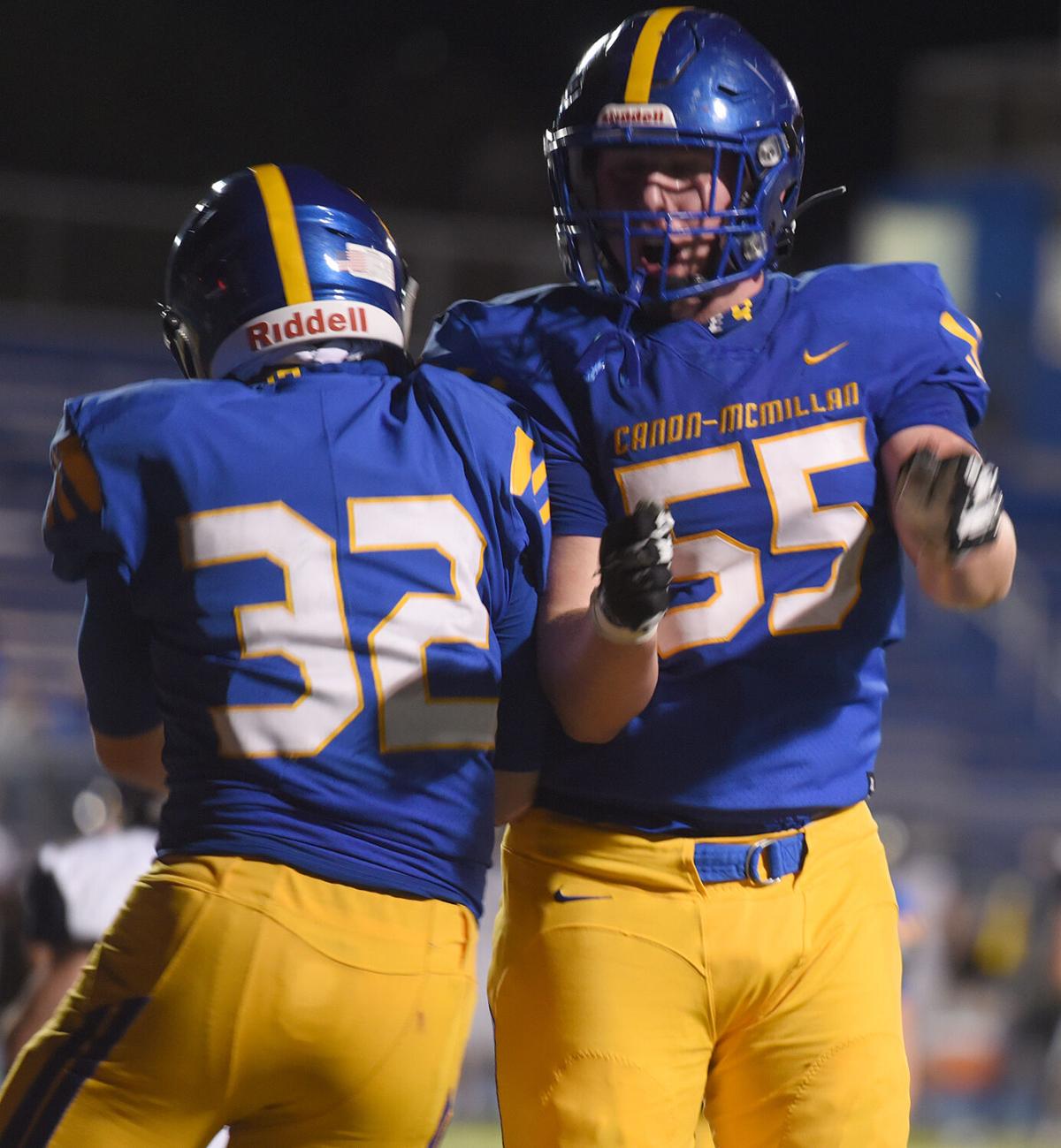 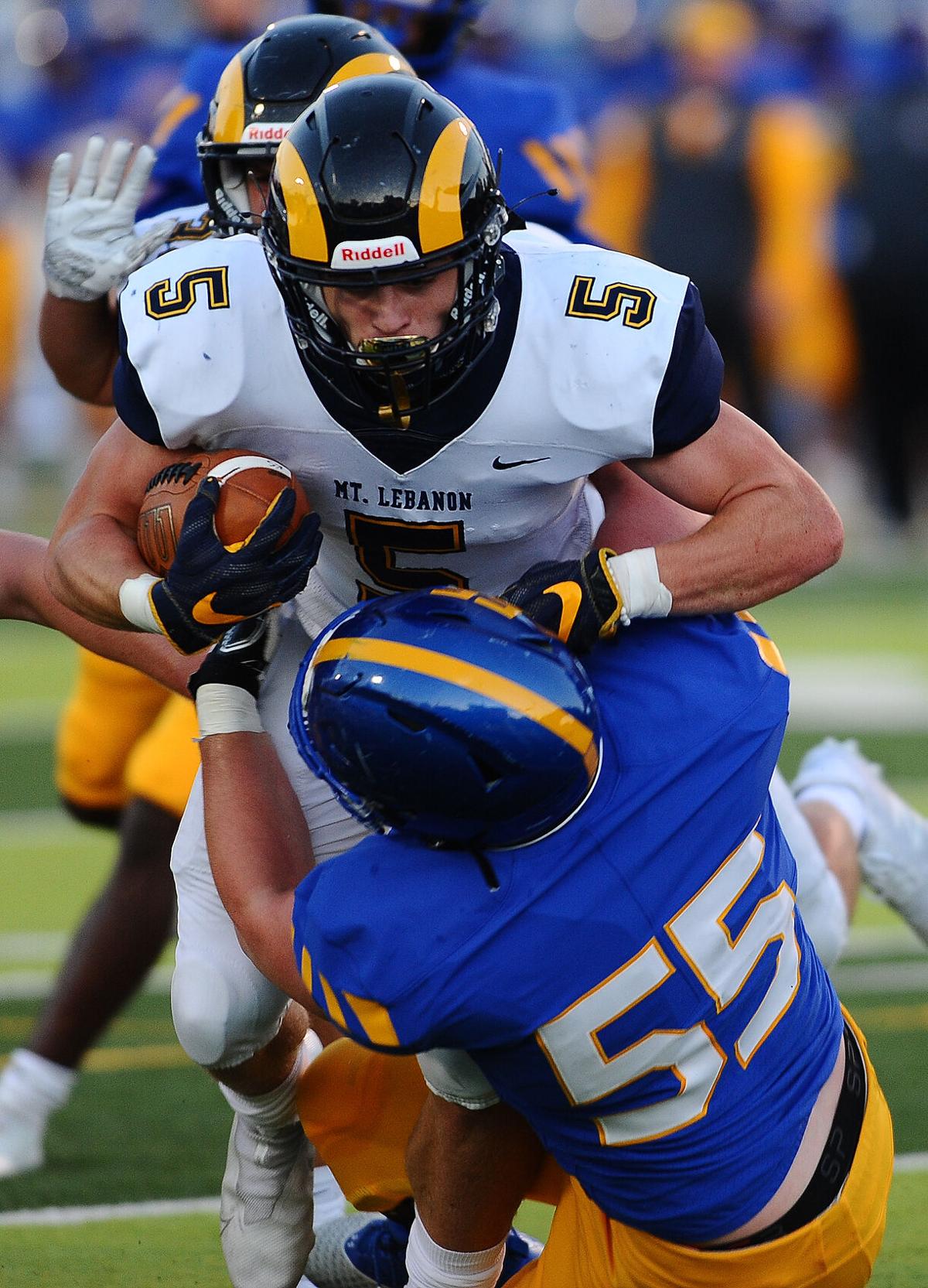 “They wanted it more than you did,” Palko told his players during Mt. Lebanon's postgame team huddle.

After the Big Macs fell  behind 17-0, Chris Davis ignited the comeback with a 90-yard kickoff return. With 2:44 left in the third quarter, he later caught a 64-yard touchdown pass from Lamont Lyons.

Austin Mankey and Mario Eafrati combined to tackle Tommy Boehner in the end zone for a safety to pull the Big Macs within 17-16 with 4:53 to play.

With 1:41 remaining, David Mowod waltzed six yards into the end zone for the game-winning touchdown.

Lyons connected with Dane Matuscin for the two-point conversion. Lyons completed five of 9 passes for 104 yards in the game.

Lebo bolted to a 10-0 first-half lead on Alex Tecza’s four yard scoring run in the first quarter and Casey Sorsdal’s 31-yard field goal in the second quarter. Eli Heidernyreich’s 12-yard touchdown pass from Joey Daniels made it 17-0 before the Big Macs rallied.

Canon-Mac was not the only team to pull off a stunning win Sept. 18.

Midway through the third quarter, Anthony Collura put CV on the scoreboard when he hauled in a 27-yard scoring strike from Socrates Boulis.

The Lions jumped ahead in the second quarter when Naman Alemada connected with Joey Audia for a nine-yard touchdown.

Alemada completed 13 of 25 passes for 148 yards. Audia had five receptions for 68 yards.

CV improved to 2-0. The Colts defeated highly regarded Montour in Week One.

Braylon Carrington staked Peters Township to a 24-21 non-conference victory over Penn-Trafford. The senior intercepted four passes and returned two for scores of 28 and 30 yards.

The Indians' Vinny Sirianni rushed for an 11-yard touchdown.

PT kicker Andrew Massucci added a 26-yard field goal with 4:48 remaining to cap off the victory. He converted three extra points for the Indians.

Logan Pfeuffer completed eight of 20 passes for 75 yards. Sirianni and Corban Hondru both had four receptions.

In other non-conference action, Upper St. Clair and Bethel Park fell to top-ranked Class 5A clubs.

The Panthers succumbed to Pine-Richland while the Hawks dropped a 55-14 decision to Gateway, which won the WPIAL championship last season.

Ethan Dahlem completed 17 of 29 passes for 224 yards. The senior quarterback tossed scoring strikes of 26 and 21 yards to David Pantelis and Aidan Bessleman.

Cole Spencer tossed three touchdown passes and finished 19 of 31 for 245 yards for the Rams.