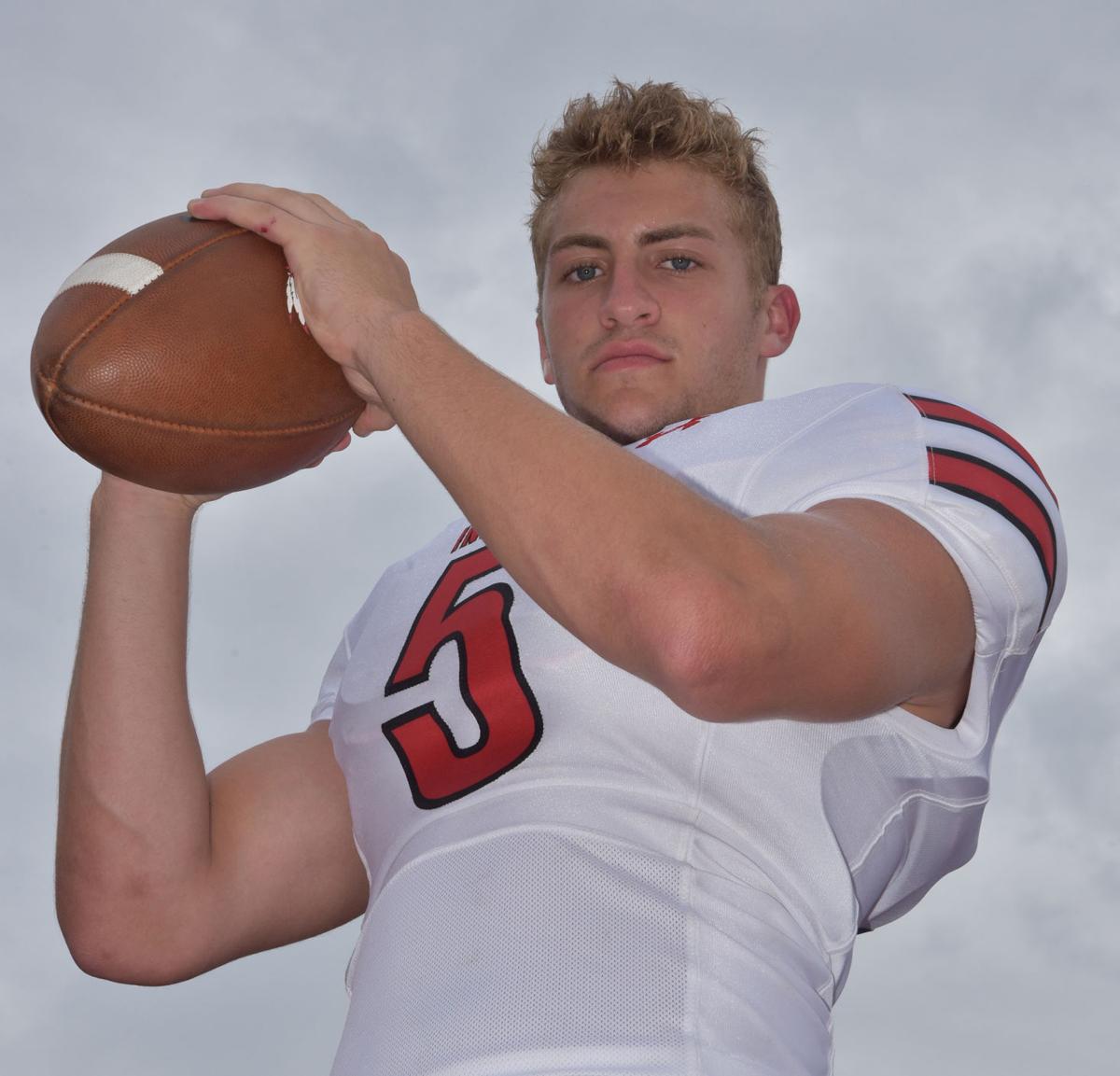 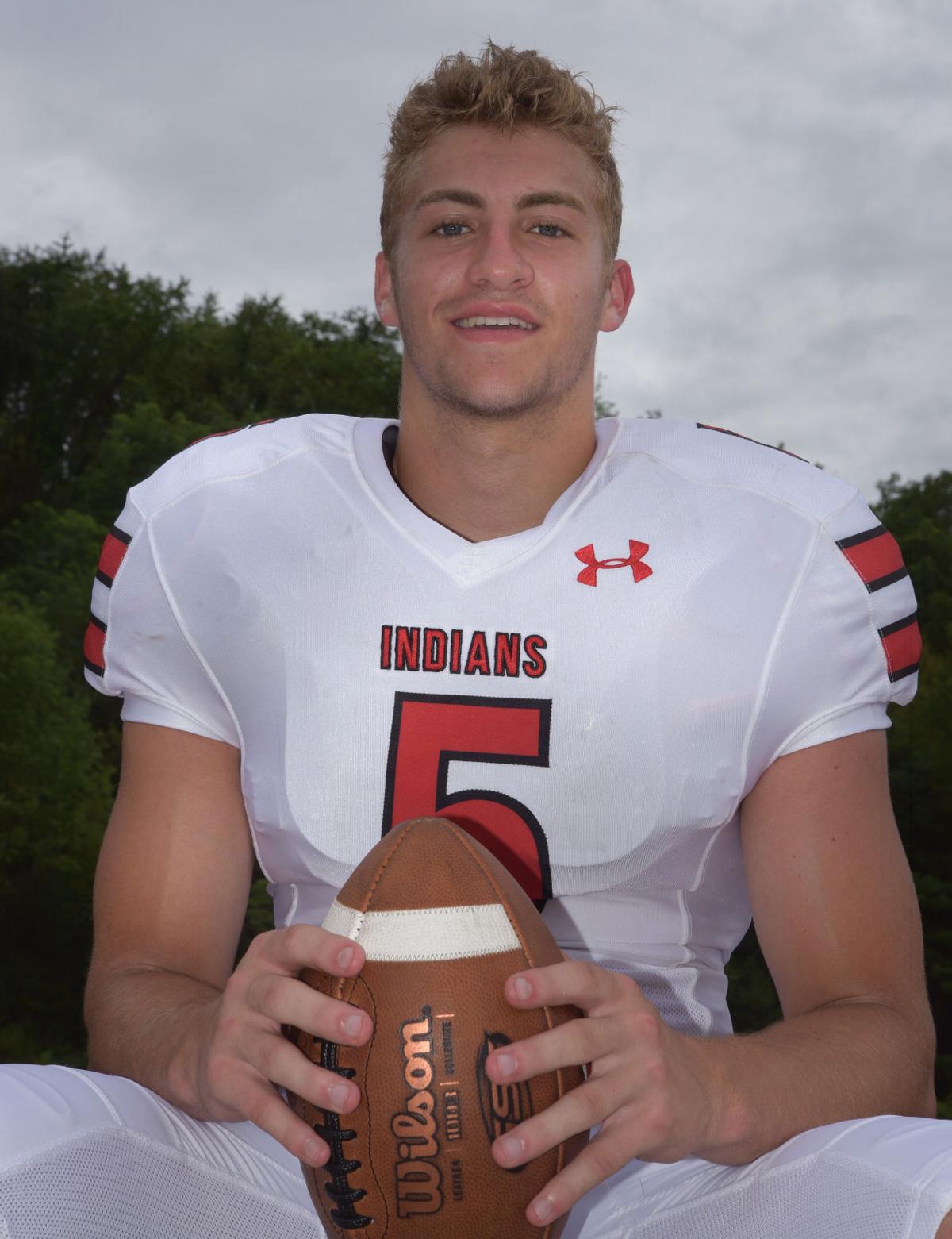 Josh Casilli ranked among the top receivers in the WPIAL the past two years and set a single-season scoring record with 22 touchdowns for Peters Township.

Josh Casilli ranked among the top receivers in the WPIAL the past two years and set a single-season scoring record with 22 touchdowns for Peters Township.

Unsure whether or not he wanted to continue playing football–he was excelling at track and basketball and enjoying it more heading into high school, the Peters Township senior had an auspicious start.

After showing up for football camp his freshman year, Casilli got the call in a game that Seneca Valley was easily handling the Indians. He caught passes for 70 and 52 yards. Casilli repeated the performance the following week.

“When his opportunity came, he ran with it,” explained T.J. Plack, who had just taken over coaching at Peters. “Josh just had a knack for making plays.”

After that 25-reception rookie season, Casilli continued to make plays. He added 29 more grabs as a sophomore and finished with 51 catches for 892 yards and 11 scores as a junior before culminating his career with 49 receptions for 635 yards this fall.

It’s no surprise that as Casilli went, so did the program. The Indians added a second straight conference championship to the trophy case as well as a WPIAL runner-up award, the best in program history.

“Josh’s our guy. A program guy,” said Plack. “His competitiveness is second to none. He’s a kid who works to get better every single day. He’s a tough matchup because he’s not just fast but he’s one of the strongest receivers out there. In big games, we wanted the ball in his hands some how some way.”

When teams started to double- and triple-team him and when they refused to kick to him on special teams, Plack found a way to involve Casilli in the offense.

For example, he finished with 215 all-purpose yards when Peters Township defeated Baldwin, 38-0, to clinch the conference championship. And, in avenging its lone regular-season loss to Moon, Casilli caught two passes for 54 yards and a touchdown as well as rushed for 159 yards and another score on 15 carries in a 33-7 rout of the Tigers in the quarterfinals of the WPIAL Class 5A playoffs.

The performance prompted praise from Moon’s head coach. “(Casilli’s) a stud,” said Ryan Linn. “He’s a flat-out stud. That’s why he’s a special kind of kid. He makes a difference for those guys.”

Casilli also made a difference on defense. The 6-0, 180-pound safety intercepted four passes on a unit that allowed just 9.4 points per game.

He also excelled on special teams. Casilli returned a kickoff 90 yards for a touchdown and a punt 80 yards for another score.

Casilli finished with a school-record 22 touchdowns, seven of which measured 50 yards or more. In addition to his passing numbers, he ranked second on the team in rushing with 347 yards on 34 carries for a 10.2-yard average.

“Josh has always had the athletic ability,” Plack said. “He truly is a physical player. Hard to tackle,” Plack added. “He breaks tackles and has great acceleration.”

All those attributes drew the attention of Division I recruiters. Holy Cross, Air Force, Duquesne, Cornell, Rhode Island, Lafayette, Maine, Columbia, Albany, William & Mary, Massachusetts and Youngstown State all offered scholarships. Casilli though committed to the University of Pennsylvania, where he plans to enter the Wharton School of Business and perhaps follow in the footsteps of Justin Watson. The South Fayette standout and alumni recently scored his first NFL touchdown in his second season with the Tampa Bay Buccaneers.