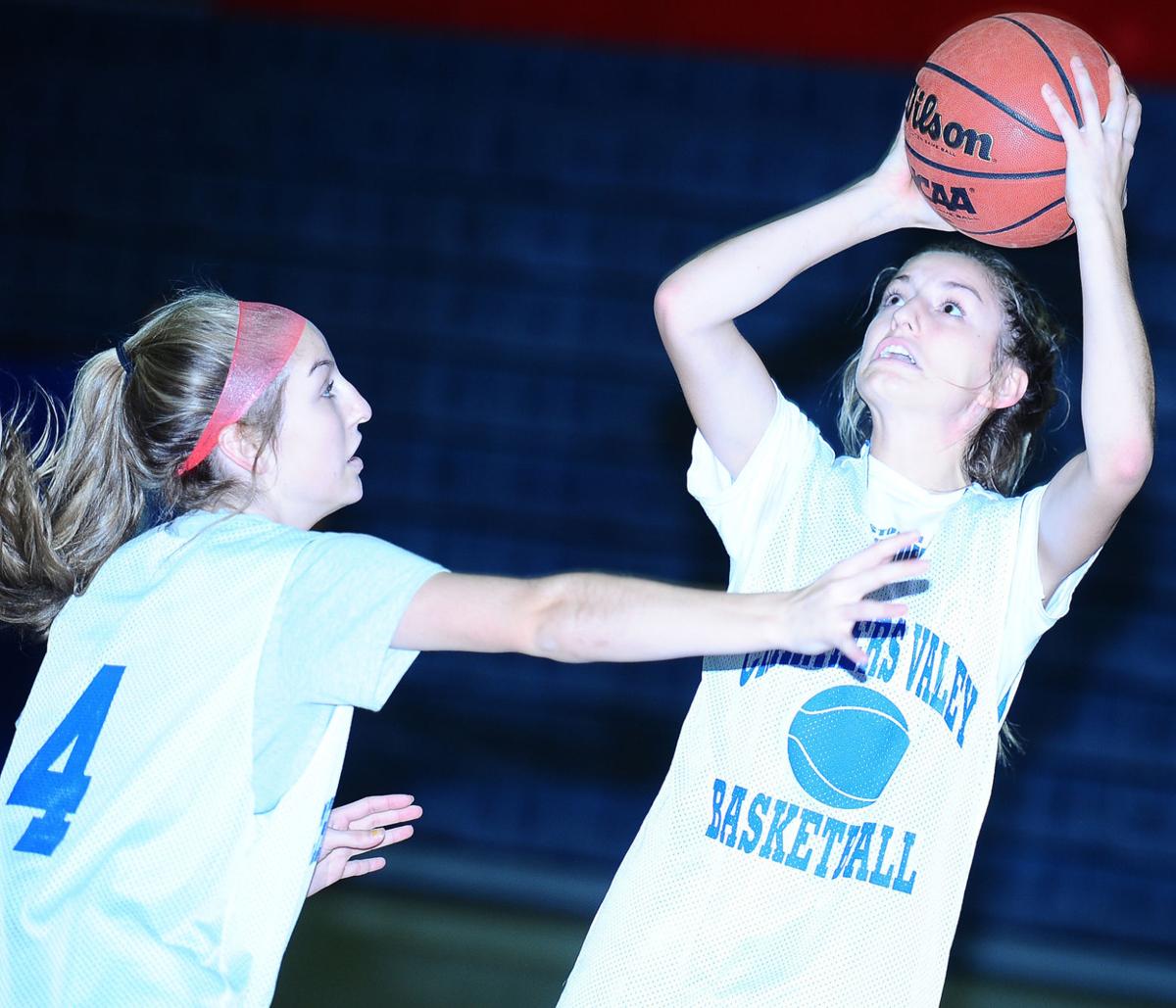 Hallie Cowan, right, takes a shot against her twin sister, Helene, during a drill at Chartiers Valley’s basketball practice. The sophomores are expected to step into starting roles for the defending WPIAL and PIAA Class 5A champions. 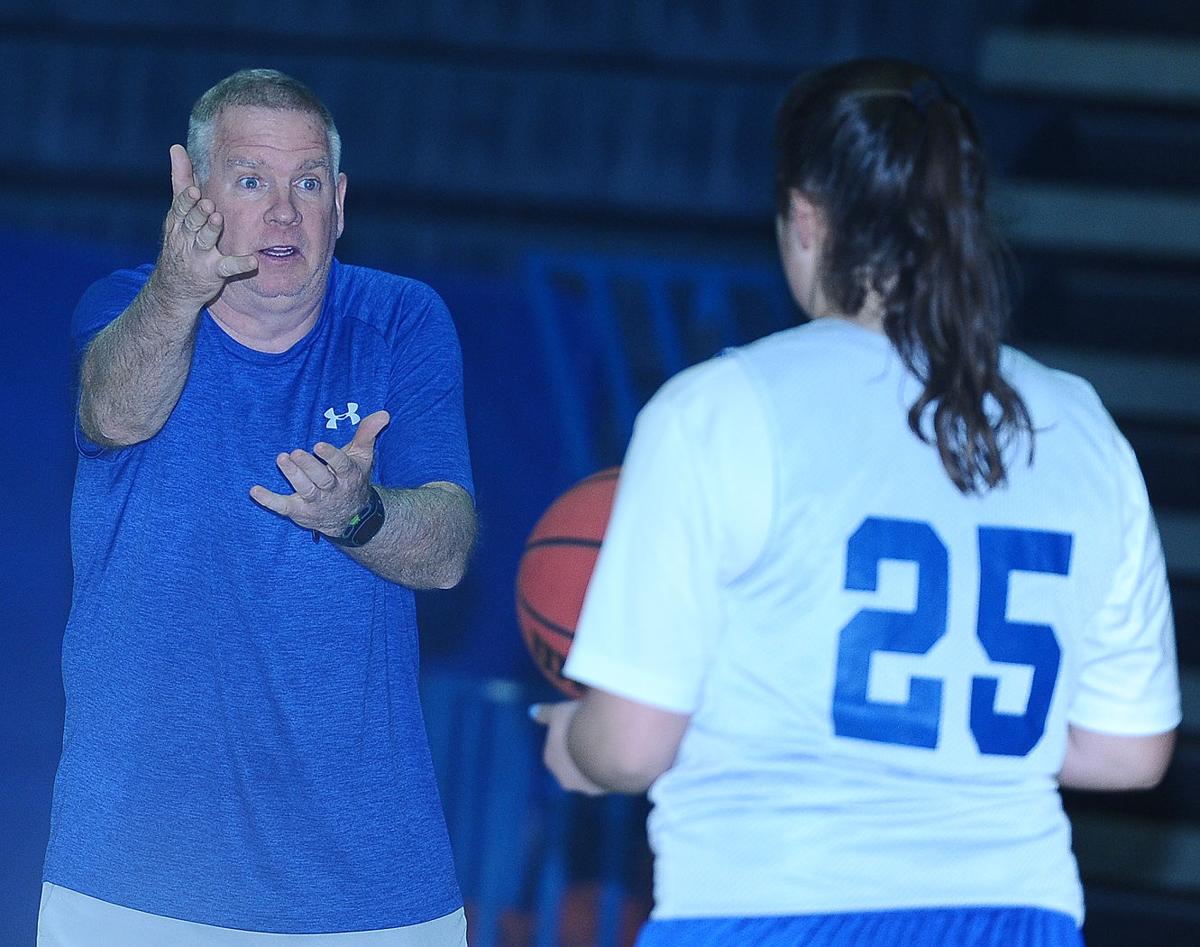 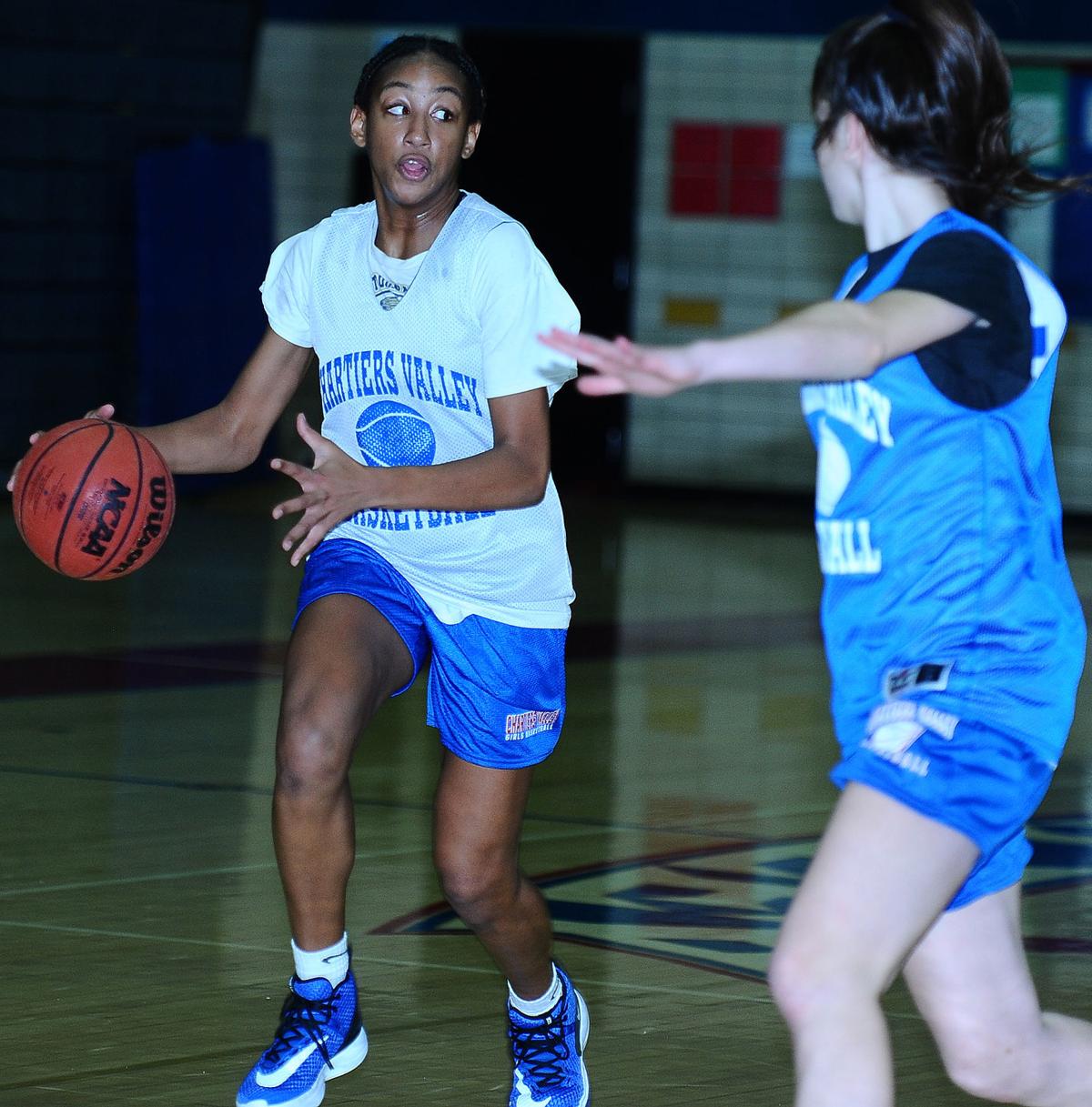 Perri Page keeps her eye out to dish off the ball while she drives on an approaching Chartiers Valley defender. 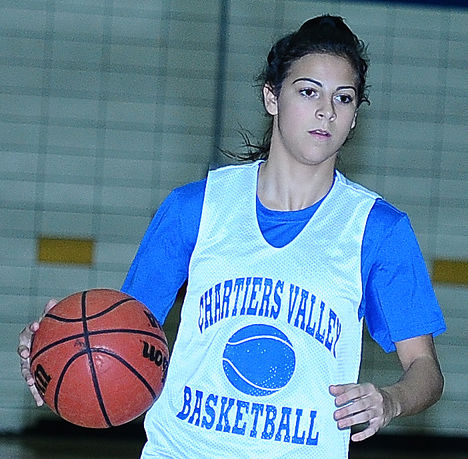 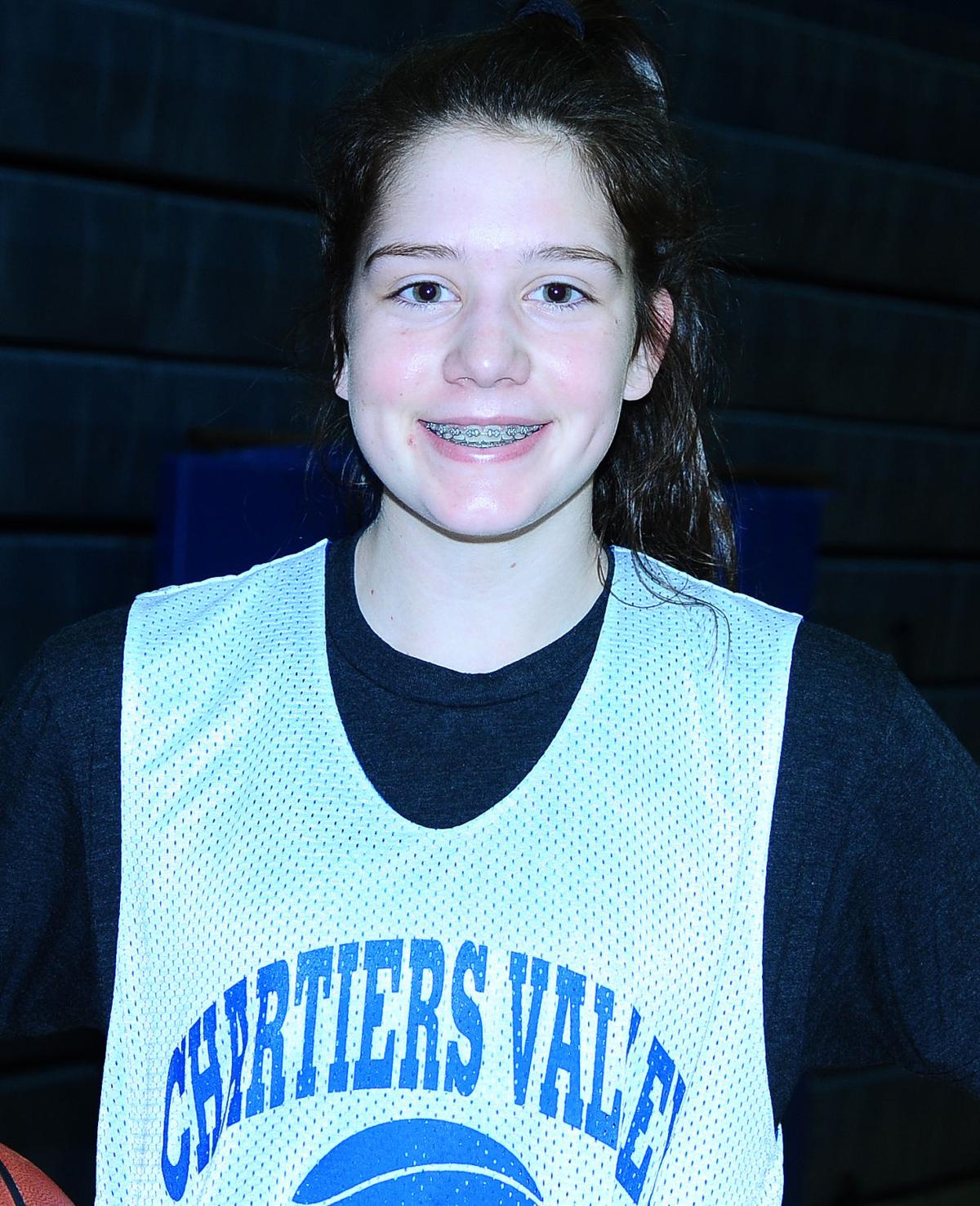 Hallie Cowan, right, takes a shot against her twin sister, Helene, during a drill at Chartiers Valley’s basketball practice. The sophomores are expected to step into starting roles for the defending WPIAL and PIAA Class 5A champions.

Perri Page keeps her eye out to dish off the ball while she drives on an approaching Chartiers Valley defender.

“We will get everyone’s best effort every night,” said Tim McConnell, who enters his 27th year at CV but only second as girls’ head coach.

McConnell’s daughter, Megan, who is one of the best point guards in the state, concurred.

“Every team is going to play 10 times harder against us because they want to beat us so badly. They want to be our first loss,” she said.

The McConnells have a solution, however, for the ferocity of their opponents.

“We have to walk into each game not expecting a cake walk and play as hard as we can,” said Megan. “If we play up to our ability and maintain a certain mind set no matter who we play, we will be okay.”

That means the Lady Colts will be shooting for back-to-back state and district titles as well as a Section 1 banner in Class 5A girls’ hoops this winter. McConnell says that throughout his coaching career, which spanned 25 seasons and more than 500 wins with the boys team, those goals have never changed.

“Because we have a big target on our backs because of the dream season we had a year ago,” McConnell said, “I think it will be very difficult to repeat. We must stay focused to achieve these goals.”

Since she has committed to Duquesne University, McConnell and her teammate, Aislin Malcolm, are zeroing in on CV’s objectives. McConnell averaged 10.9 points, 4.4 rebounds and 4.3 assists per game. A sophomore, Malcolm managed 11.6 points per game. The pair are the only returning starters from last year’s 30-0 squad.

Off and playing at Loyola, Maryland is Mackenzie Wagner while Gabi Legister is at Kennesaw State in Georgia. Alexandra Ferrella was the fifth starter. While Ferrella excelled on defense, Wagner led the team in scoring with 16 points per game and Legister averaged 9.8 points and 4.6 rebounds a game.

“Mackenzie was a big-time scorer for us so everyone will need to score more to make up her points,” Coach McConnell said. “Alexandra didn’t score much for us but she was a great defender. So we need someone to step up and be that stopper for us.”

Perri Page looks to step in for Legister. The sophomore averaged 4.5 points and 2.7 rebounds a game last season.

“Perri is not as tall as Gabi (6-2) but her athleticism will hopefully make up for the lack of size,” said McConnell.

In addition to Page, the Lady Colts will rely upon Hallie and Helene Cowan. The twins saw very little playing time last season as freshmen.

“We will depend on our newcomers for sure,” McConnell said. “All three will be thrown into the starting line-up as sophomores.”

According to McConnell, Abby Vaites will give the Lady Colts “quality minutes” off the bench and Amaleen Malcolm will play “once she learns the system.” McConnell is keen on Aislin’s younger sibling. “I think she can really help especially on defense and rebounding,” he said.

While shooting, the team’s biggest strength, will carry the Lady Colts, they must curtail unnecessary contact. Currently, CV is working on improving in that area. “We need to play without fouling so much.”

The Hillers are an especially weary rival but an interesting twist developed when Trinity hired Kathy McConnell, Tim’s sister and Megan’s aunt, as its head coach. The Colts and Hillers tangle on Jan. 2 and 27.

“I am just glad we don’t play them before Christmas because if they beat us I am not sure we would have a very nice Christmas,” Coach McConnell said with a chuckle. “I think it’s going to be fun playing against each other.”