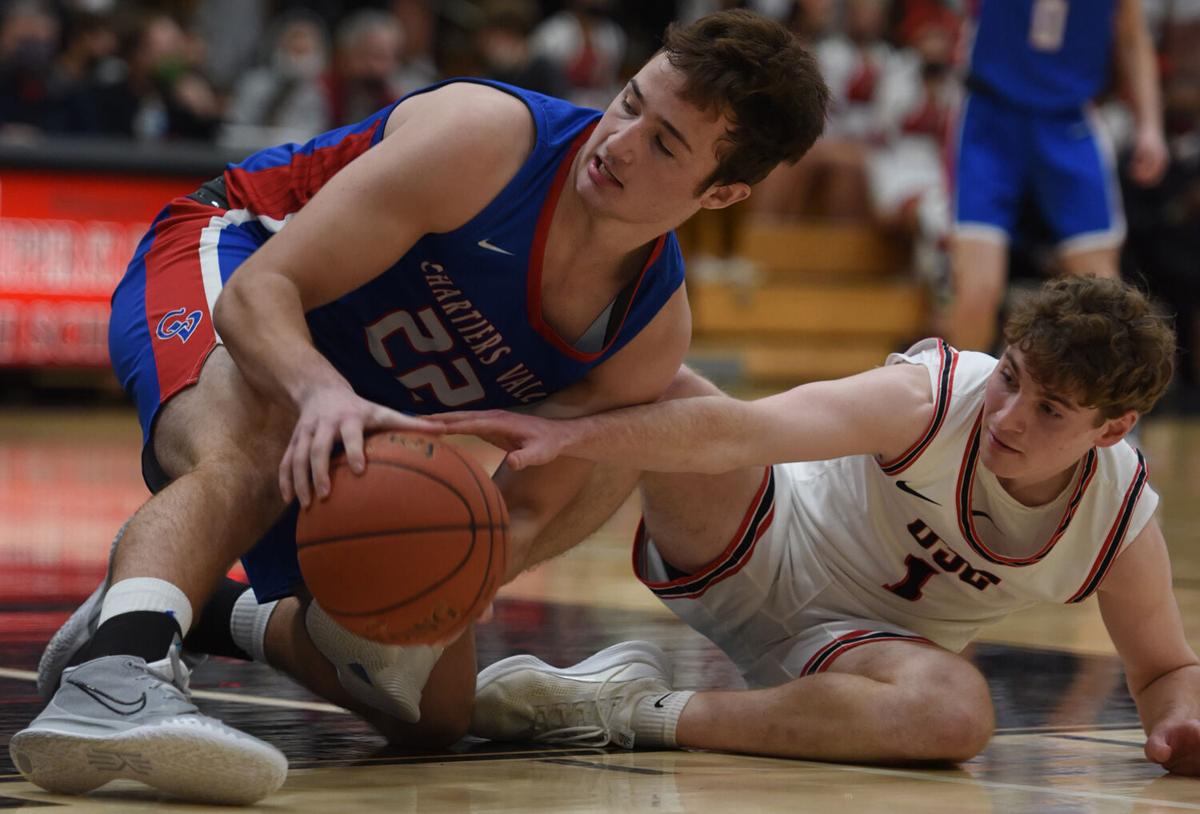 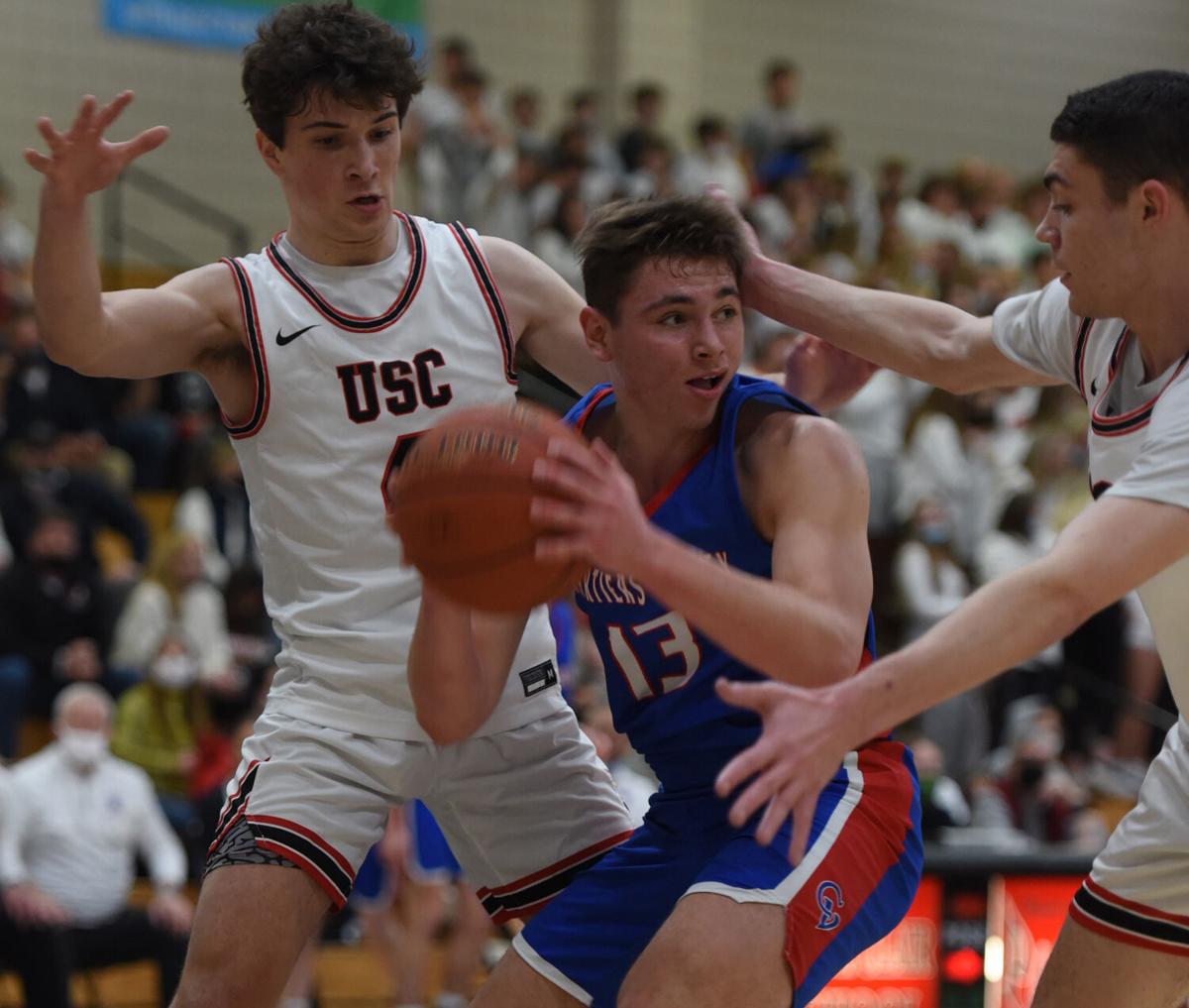 Chartiers Valley's Carter Mastovich is surrounded as he attempts to find an outlet around Upper St. Clair's Aidan Besselman, left, and Tanner O'Grady during a game earlier this season.

Chartiers Valley's Carter Mastovich is surrounded as he attempts to find an outlet around Upper St. Clair's Aidan Besselman, left, and Tanner O'Grady during a game earlier this season.

The Chartiers Valley boys basketball team snapped a seven-game losing streak by defeating South Fayette, 64-54, in its Section 2A, 5A opener.

The Colts followed that victory with an 83-76 triumph against West Allegheny as they head toward a Jan. 18 collision at New Castle. The Red Hurricane are the defending WPIAL champions with a win over CV in last year’s Class 5A final.

The Colts (2-7) dropped decisions to North Hills, Central Catholic and Upper St. Clair, which are among the top teams in Class 6A, as well as Class 4A Quaker Valley and Bishop Canevin. The Panthers and Crusaders were WPIAL champions last winter.

“We’re competitors. No one wants to lose games,” said CV head coach Brandon Sensor. “None of us can say we are happy with how we have performed but I’m pleased with how we’ve come off a well-earned victory.”

Sensor said South Fayette was a good opponent but the Colts have been transformed since their season-opening 77-65 loss to USC Dec. 10.

“We’ve had unbelievable attitudes and positive energy,” he said. “My guys work hard. They want to be coached and to learn. They’re having fun. This is why we have seen big improvement.

“They’re acting like a team is supposed to and buying into learning and getting better. We have gotten better and played as a team. That’s what it is all about.”

Against the Lions, Jayden Davis exploded for 26 points. Joey Zajicek responded with 16 upon recovering from an injury and Drew Sleva followed with 14.

Davis led the way against West Allegheny with a career-high 46 points. Zajicek and Sleva also finished in double digits with 14 and 13, respectively.

Offensively, the Colts maintained an effective field goal percentage of 67 and their points per possession were at 1.29. Those are the best numbers so far this season.

“Ball movement, unselfishness and confidence all could have contributed to those numbers,” said Sensor, who was also pleased with the team’s rebounding.

While Davis is having a sensational freshman year, averaging better than 25.3 points per game and leading the team in steals and assists, Brendan Cruz, Zajicek, Sleva, Brandon Ferguson and Pat Mulligan have contributed greatly to the team.

“Brendan brings energy and has been great on defense,” Sensor said. “It’s great to have Joey back because he helps us all over the court and Drew is learning his role and getting better.

“Brandon has also done a great job playing his role. Proud of him,” added Sensor. “He has come a long way. Pat is doing great on the boards and he plays hard on defense.”

After losing five seniors from last year’s section co-champion and WPIAL runner-up squad, the Colts are morphing into a team on and off the court.

Sensor said they are sharing the ball and he is pleased with shot selection, spacing and defense.

“We have had five guys on he court that bought in defensively and playing like a team,” he said. “Communication, rotating, taking charges and doing the title things that make a big difference. There’s still a lot of room for improvement but we’re on the right track. As long as we continue to improve and stay consistent, it’s going to be a lot of fun.”