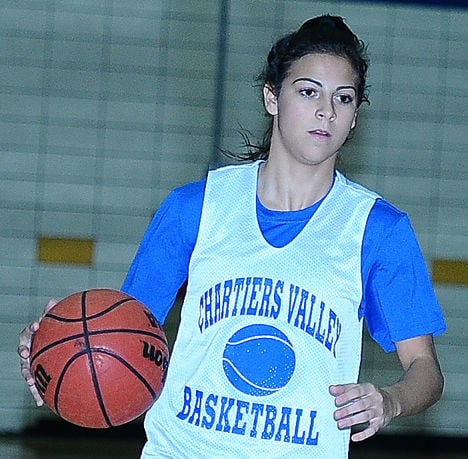 Megan McConnell works out before the start of the 2020 season. 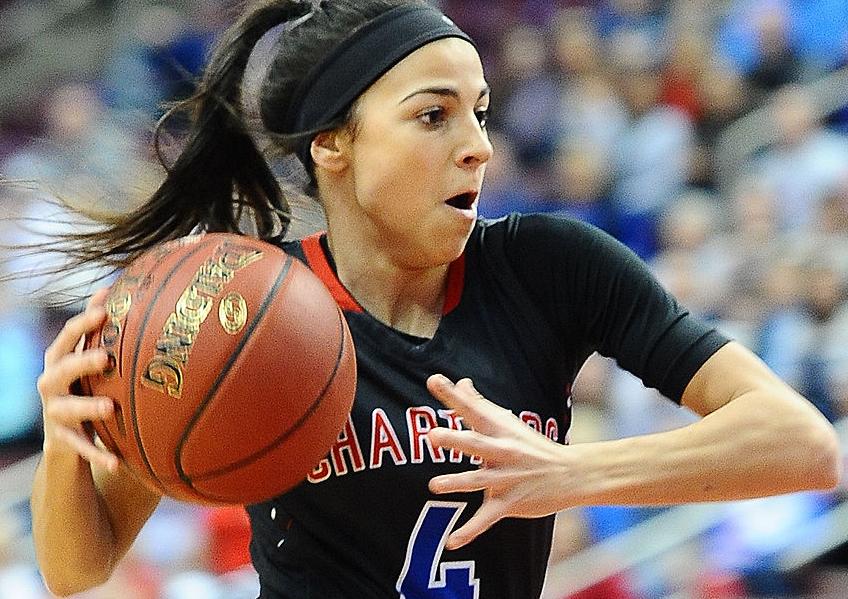 Megan McConnell works out before the start of the 2020 season.

Megan McConnell goes to Collier Park and shoots baskets on a court named after her brother, T.J., a point guard for the Indiana Pacers. She is hoping against hope that by keeping her skills sharp she will be able to guide Chartiers Valley to its second straight PIAA championship.

“I would do anything to put on that CV uniform,” said McConnell.

She and her teammates are unsure of how the remainder of the 2020 season will unfold.

The PIAA suspended its playoffs because of the coronavirus pandemic a day after the Colts had advanced to the state quarterfinals. Even though the PIAA met on March 30, there was no discussion as to whether the state playoffs would be canceled. Meanwhile, Pennsylvania Gov. Tom Wolfe initiated a stay-at-home mandate until April 30.

McConnell said she thinks about the suspension of CV’s season every day.

“I’ve had some mental breakdowns,” admitted the 18-year-old senior, “but I always try to be positive. I think there’s no doubt we won’t play again. I am not sure how that would go. I just wish my last game was at Hershey.”

McConnell’s last contest was at Greensburg-Salem High School. If it is to be the end, CV’s 55-38 victory against Hollidaysburg was a great way for McConnell to polish off her scholastic career.

Against the Golden Tigers, she scored 16 points and buried two key 3-point field goals that vaulted the Colts to a double-digit advantage. Her defensive play and playmaking skills on offense also enabled CV to extend its winning streak to 57 games, a new WPIAL record.

“If that was my last game, I would be pleased with the way it ended,” McConnell said. “I achieved all that I wanted to achieve, except for two state titles. I have to be happy with what we achieved, all the goals we reached. I have enjoyed the process. Not a lot of people can say they did what CV did.”

Not many accomplished as much as McConnell. A four-year starter, she won three WPIAL titles and scored 1,521 career points.

Last season, in leading the Colts to a 30-0 state championship season, McConnell averaged 10.9 points, 4.4 rebounds and 4.3 assists per game.

This season, McConnell, who has been voted The Almanac girls basketball Most Valuable Player, averaged 14.2 points and 4 rebounds per game. She led the Colts in assists with 4.6 and steals with 2.7 a game.

“Megan ran the team to perfection. The perfect point guard for the talent we had,” said CV head coach Tim McConnell.

McConnell prides herself in her playmaking abilities as well as her leadership acumen.

“To me, a true point guard wants to be defined by the way they get the open looks for their teammates. Because I want to be known as that, I focus more on assists, steals and rebounds,” she said.

McConnell acknowledged she has always been a team player and values that aspect of her game.

“I just want to be an all-around player and make those around me better,” she said.

Years of dedication to the game have raised McConnell’s caliber of play. Her ability to beat her defender off the dribble has enabled her teammates, especially Aislin Malcolm, to blossom.

Only a sophomore, Malcolm is considered one of the best players in the state and averages 16.7 points per game. Perri Page scored 12.7 points per game, and Hallie Cowan added 12.5 for the Colts.

“I have always been the type of player that wants to see her teammates succeed. So when they achieve, I am so happy for them,” McConnell said. “I’m not the type of person that thinks ‘oh, that should be me’ when say Aislin makes Fab Five or MaxPreps Player of the Year. I’m happy they get noticed. If it’s one person on the team, that shows how well our team plays together and it brings recognition to the entire team.”

McConnell’s play earned notice from several Division I programs. She will continue her career at Duquesne University.

During her coronavirus-induced layoff from competitive action, McConnell has continued to work on her ball-handling and shooting drills every day. She said she also does pull-ups and general conditioning.

“I stay in shape year-round,” she said. “Right now, though, I am working on things I need to improve, like my 3-point shot.”

Those numbers, along with her other statistics and play on the court garnered her notice from rival coaches. They voted her to the section all-star squad. The soon-to-be four-time all-state performer also matched her brothers, T.J. and Matty, in being recognized as The Almanac’s MVP

“They definitely set a high standard and I look up to both of them,” McConnell said. “They made good role models for me and I am glad to walk in their footsteps.

“It’s definitely shocking. MVP was not expected, but I am thankful for everybody who helped me achieve this.”

McConnell then added that she still has her brothers beat. She owns a PIAA ring.

“Winning a state title was the highlight in my career,” she said. “It’s one thing that I have one better on them.”

Whether her high school basketball season resumes is not Megan McConnell’s only concern. The Chartiers Valley High School senior worries about the coronavirus.

Her mother, Shelly, is a nurse. Her grandmother, Sue, is diagnosed with heart disease. Her grandfather, Tom, has not left the house since McConnell’s last PIAA playoff game. So her father, Tim, delivers dinner to their door.

“It’s definitely scary. Hard for me,” said McConnell of the pandemic. “I hope they stay safe.”

McConnell also hopes school resumes because she misses her friends, particularly her classmates.

“It’s definitely crazy when you think about it. It’s our senior year and we aren’t sure if we’ll have a prom or even a graduation. The saddest part is I don’t know if we’ll even go back to school and that means I won’t be able to see half of my friends. Everything that is happening is out of our control.”

McConnell, however, advices there are some things her age group and others can do to combat COVID-19.

“We all have to listen and not take this as a joke. People are dying every day,” she stressed. “So we need to do the social distancing and not leave the house as much. People need to listen.”