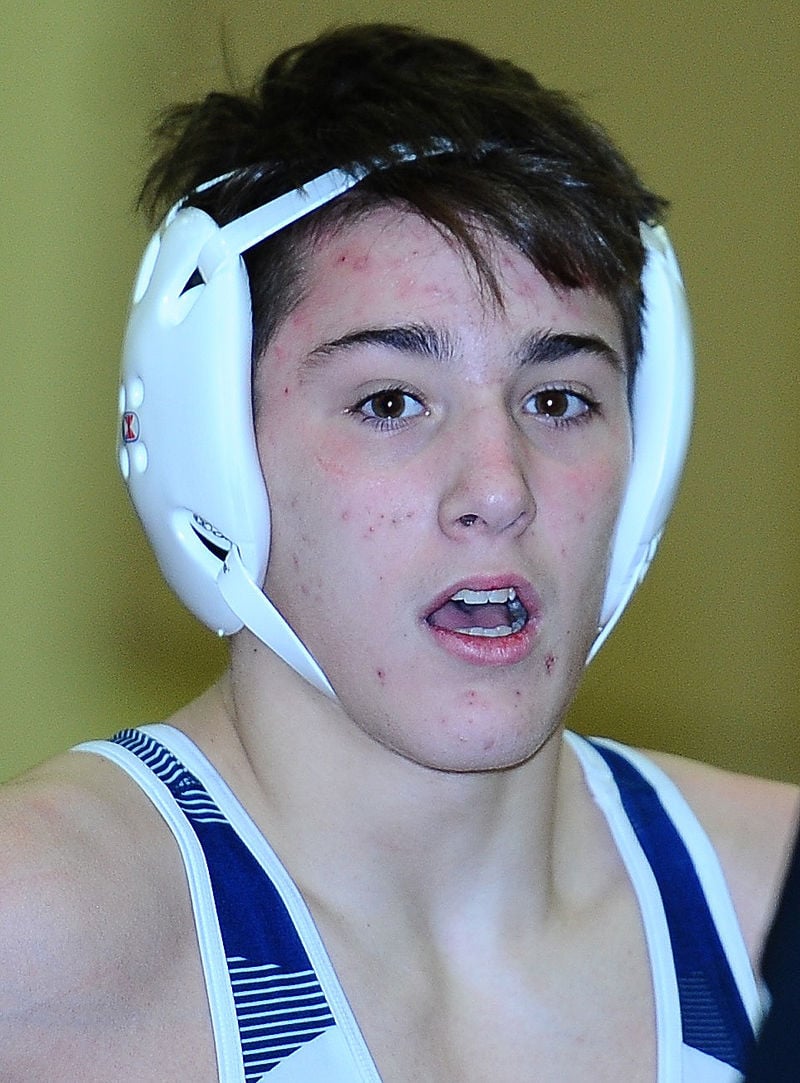 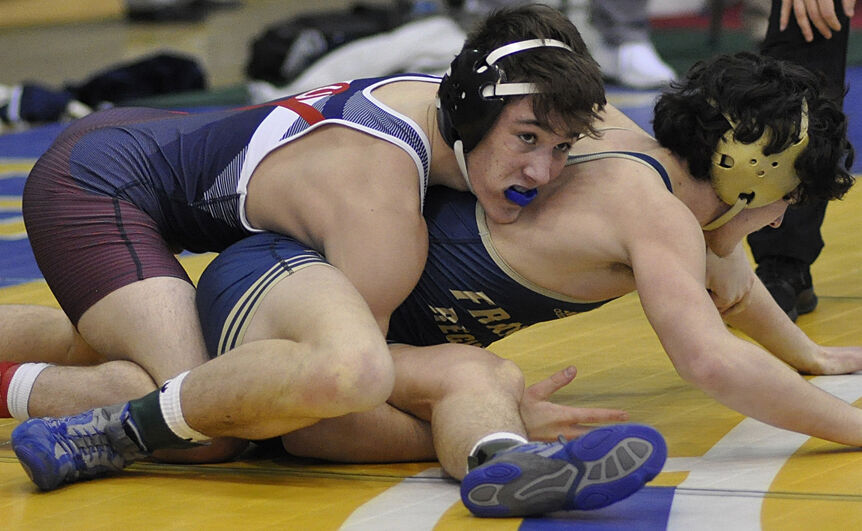 Six minutes isn’t a long time unless it’s the period in which a wrestler must face Dylan Evans.

In that case, 360 seconds is an eternity.

“No one wants to wrestle him,” said Billy Evans, who is Dylan’s dad as well as Chartiers Valley’s wrestling coach. “He comes at you the entire match. Doesn’t take any breaks. Doesn’t ever relax. It’s not fun to wrestle him.”

Dylan Evans reinforced that notion when he went the distance during the WPIAL Class AAA championships held Feb. 27 at Canon-McMillan. He taxed himself and the field of 138-pound wrestlers in finishing third and earning a berth in the Super Regional, which is set to be held March 6 at Altoona High School.

“I was excited and very happy to move on but it was a long day of wrestling and I was tired,” Dylan Evans admitted. “Wrestling all day against very good opponents preys on your nerves. It’s very tiring mentally and emotionally because you are working your tail off.”

After scoring a technical fall, 19-4, in 5:22 in his opening match against Jrake Burford from Highlands, Evans dropped a dramatic 7-6 decision to Franklin Regional’s Finn Solomon in the quarterfinals.

“It was a great match,” Billy Evans said. “That’s what wrestling is supposed to look like, two kids out there putting it all on the line.”

“My style is offensive but Jrake kept me on my toes,” he said, “but that match against Finn was really crazy.”

Evans overcame deficits of 4-1 and 6-4 to tie the match twice. Solomon scored the decisive point as time elapsed in the third period, however, to advance to the finals.

“We wrestled our butts off for three periods,” Evans said. “It really was one of my more tougher matches and it taught me things about my style that I need to change.”

Evans altered little in his first consolation bout as he plowed past New Castle’s Jonah Miller, posting another tech fall, 17-2. Dylan then scored a takedown in overtime and edged Lucas Kapusta of Hempfield 3-1 to finish in third place.

“After losing to Finn, I was a little distraught, but you really don’t have time to feel sorry for yourself because you have to bounce back immediately if you want to keep wrestling,” Evans said.

“The third-place match was a little stressful because you’re thinking ‘he’s really good and this could be my last match’ all at the same time. So you don’t want any regrets of could have, should have or would have. You want to leave it all on the mat and I believe I did.”

For two years, that attitude has amounted to much success for Evans.

As a freshman, he was 36-11 overall with a fourth-place finish in the WPIAL and an eighth-place showing at the PIAA championships. This winter, as a sophomore, he is 29-5 overall and one step away from another appearance in the state tournament. The top four finishers in the Super Regional advance to the PIAA championships set for March 12-13 at the Giant Center in Hershey.

“Not everything Dylan does is super great, but he gets in your face, he comes at you,” Billy Evans said. “He has a big gas tank because of all the time he puts into his sport. When it comes time, when it gets late into matches, Dylan can go, go, go. He has that ability to dig deep.”

While his routine varies, Evans never takes a day off from working at his craft. He’s up at 5 a.m. lifting or doing cardio at the local gym or doing push-ups and running outdoors. Additionally, he trains at Quest Wrestling in Washington.

“I don’t consider taking days off,” he said. “It’s very critical that I strive to be better. I feel like my practice partners and the energy the coaches have at Quest have really changed my perspective on wrestling. It’s been life changing.

“Wrestling will be the hardest thing I will do in my life,” he added. “It’s a one-of-a-kind experience that will help me later in life because it requires being focused and being discipline. If you do that in life, too, then you will succeed.”

Dream destination: France, Italy and Canada "I like to travel and see landscapes in general."

People might be surprised to know this about you: "I play the violin."

Person you would like to have dinner with: Toni Evans. "I loved my grandmother."

Mason Kernan of Bethel Park, Christopher Beatty from Chartiers Valley and Jaden Keating from Upper St. Clair wrapped up their wrestling seasons with appearances in the WPIAL Class AAA championships.

After falling to Anthony Ferraro from Pine-Richland in the first-round of the 113-pound competition, Kernan decisioned Dom Colaizzi from Franklin Regional, 6-1. He was eliminated from further action when he dropped a 4-0 decision to Waynesburg’s Joseph Simon.

While Simon took third, Kernan finished his freshman season with a 14-4 record.

Despite being eliminated in the tournament, Beatty picked up his 20th win of the season when he pinned Gavyn Beck from Franklin Regional (1:33) in a second-round consolation bout. Beatty though lost to Colin McCorkle from North Allegheny, who went on to finish third and qualify for the super regional in the 160-pound weight class. Beatty finished 1-2 in the tournament.

Meanwhile, Keating lost both of his matches in the 189-pound weight division, falling to Logan Hoffman from Belle Vernon (3:59) and Liam Volk-Klos from Seneca Valley (2:19).

The losses marked the end of Keating’s scholastic wrestling career. In addition to wrestling, the senior was also a standout running back on USC’s football team.