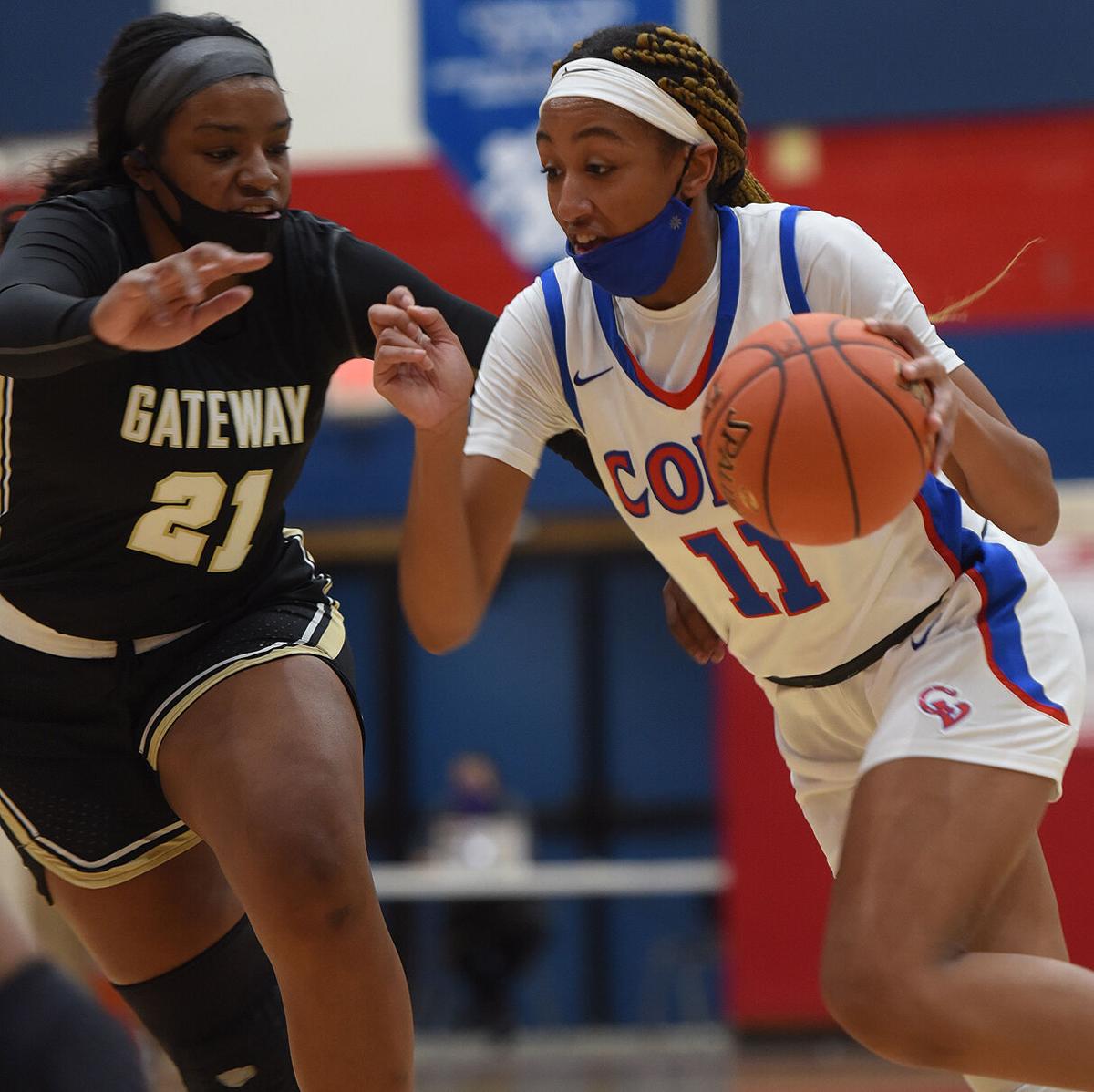 Perri Page drives to the basket during Chartiers Valley’s victory against Gateway. 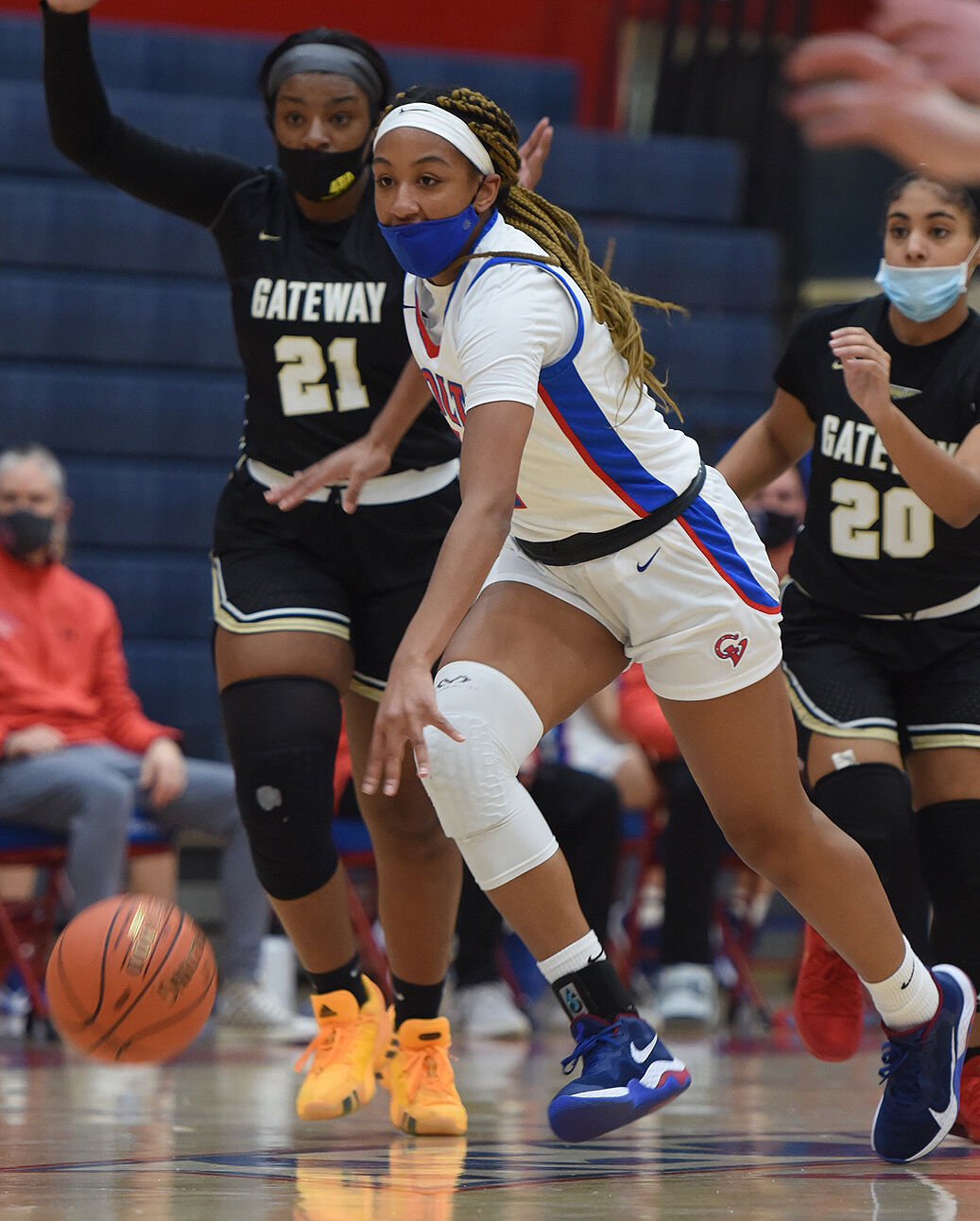 Perri Page races downcourt after stealing the ball from her opponent during Chartiers Valley’s victory over Gateway. 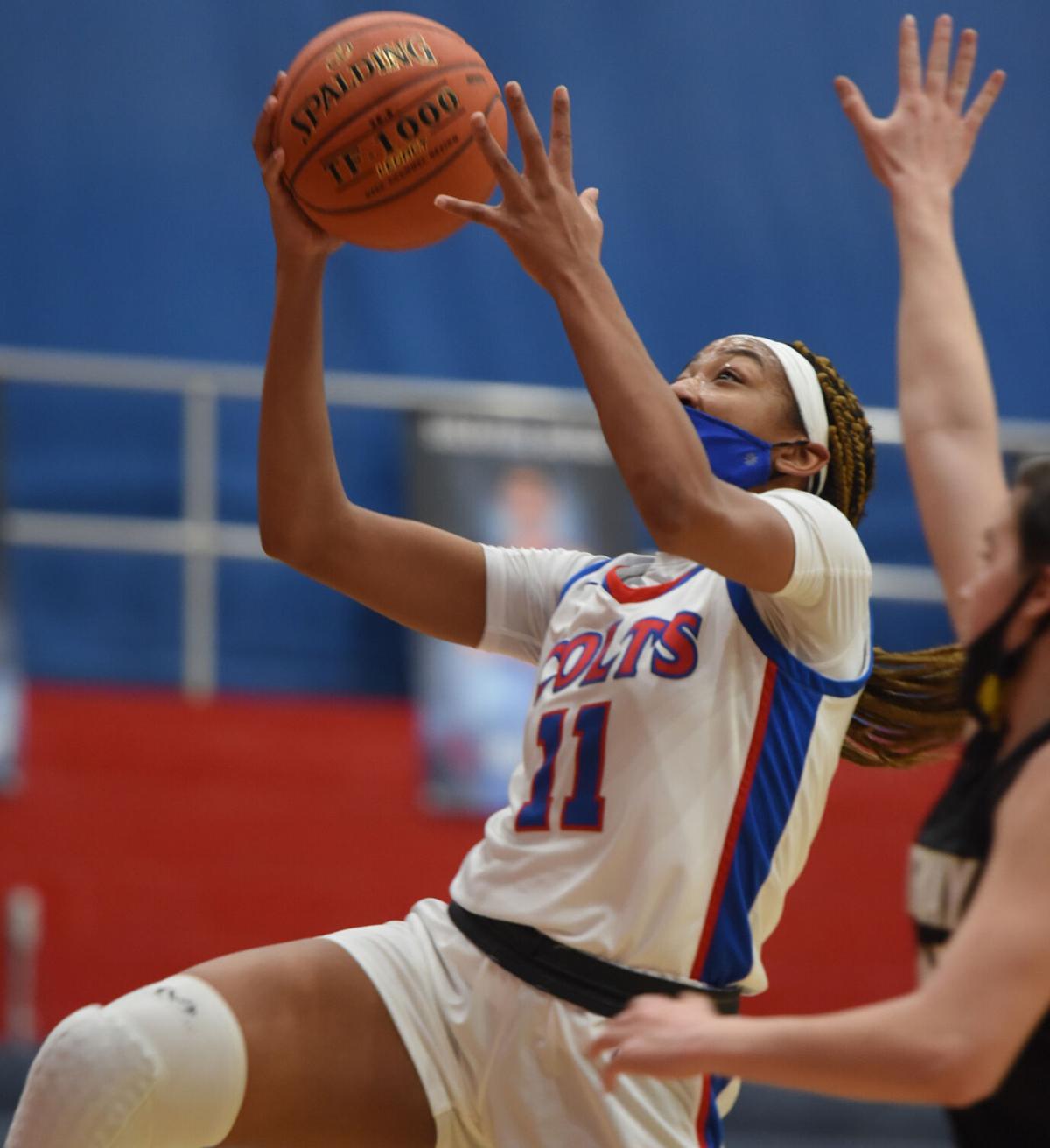 Perri Page rises to the hoop for a layup during Chartiers Valley’s victory against Gateway.

Perri Page drives to the basket during Chartiers Valley’s victory against Gateway.

Perri Page races downcourt after stealing the ball from her opponent during Chartiers Valley’s victory over Gateway.

Perri Page rises to the hoop for a layup during Chartiers Valley’s victory against Gateway.

Long before she committed to Columbia, Perri Page has enjoyed the best of both worlds of academia and athletics.

On the basketball court, she has excelled for Chartiers Valley.

As a freshman she played on the undefeated state championship Colts team.

As a sophomore she averaged 12.7 points and 6.5 rebounds as CV captured a second straight WPIAL title and posted a 27-0 record before the coronavirus pandemic cut short the 2020 campaign, three games shy of another PIAA crown.

This winter, she is averaging 13.5 points and 10.8 rebounds in helping the Colts to a 7-1 start. She is also supplying three steals and 2.1 assists a game.

“As a player, I am just glad she plays for me and not against me,” said CV head coach Tim McConnell. “Her athleticism and work ethic are her biggest strengths.”

In the classroom, Page produces equally proficient numbers. She maintains a 4.4 GPA. While she attended brick-and-mortar schools in the district from first through eighth grade, Page opted for cyber school her freshman year of high school. Through Community College of Allegheny County, Page has already accrued nine college credits. Currently, the 16-year-old student is enrolled in a hospitality course where she is learning how to build a business.

“That’s my dream. To have my own business,” said Page, whose signature dish is shepherd’s pie. “I’m thinking about opening a restaurant some day.”

Noting she wanted to get a “head start” on the university experience, Page selected Columbia over other offers from Duquesne, Boston University, George Washington, Davidson and the University of Pittsburgh.

“Columbia just presented the best of both worlds. Extremely great academics and a good team,” said Page. “I felt comfortable there. I love the staff and players. I want to help them achieve high goals like winning an Ivy League championship and go to the NCAA tournament.”

Page said she would like to make a name at Columbia, get all the education she can and make as many connections as possible.

“Because,” she said, “some day basketball is going to be over.”

Before that chapter is complete, Page hopes to have compiled an alphabet of accomplishments. After she graduates with an MBA from Columbia, she plans to play in the WNBA. However, she has her final years at CV to contribute at least two more WPIAL titles and a pair of PIAA championships.

“My goals are the same as the team’s goals, win the WPIAL and states,” she said. “If we work together, we will accomplish those goals.”

So far, 2021 has been memorable for the Colts. They set a state record for consecutive victories with 64 before dropping a 49-42 decision to Trinity. In the loss, Page scored a game-high 15 points. She also supplied 15 points in CV’s record-breaking win against Gateway.

Of the milestone Page said, “We have a lot bigger things on our mind. Winning the section, the WPIAL and making up for last year.”

She said that being shutdown three games from states was devastating.

“We were hoping for back-to-back,” she said. “But now it’s a two-peat. Last year, we never knew we were going to have a shutdown.”

As the pandemic continues to rage, Page said “realizes nothing is guaranteed” so she and her teammates are playing like its their last game. They wear their required face masks while they compete.

“It’s hard playing with a mask. It was brutal in the beginning and hard to adapt and find one that worked,” she said. “Honestly, it has been crazy but we are just happy to have a season. We’ll do whatever it takes to have one.”

Page credits both her parents for having a career that exhibits her strengths as a 5-11 swing guard. Her mother, Kenisha, excelled in volleyball and track in college while her father, Julius, scored more than 1,500 points at Pitt.

“I got the whole blood line thing going, 100%,” Page said, “but my mom and dad also pushed academics. I wouldn’t be where I am today without them.”

Though she started playing organized basketball in fifth grade, her dad designed obstacles courses for her so she could practice her ball handling skills.

“I wasn’t just put down in the block. He knew I would grow but I would probably play guard,” she said.

Page also watched YouTube videos and tapes of her dad playing in the NCAA tournament.

“I’d try to emulate him. His defense was really good and that’s way more important than offense,” Page said. “We have a great relationship. I know I don’t have to live up to what he did, but I am working harder to outdo him.”

Recruited for the No. 3 spot in college, Page has the ball-handling skills to match her athleticism. She honed them further while playing AAU basketball for the past three seasons.

Page also competed on the CV track team through freshman year. She gave up track because the COVID-19 shutdown canceled last year’s spring sports season and because she wanted to focus on basketball with her teammates.

“If we play the way we are supposed to, we hustle, we stay hungry,” Page said, “no one can touch us. We play to our strength. We are not selfish. Our chemistry is like none other. We all want to see each other succeed.

“The pressure on us is a gift,” she added. “We embrace it. If we didn’t have it, then what we earn would be meaningless. You have to work hard for what you want to achieve.”

Now and well into the future, McConnell sees Page succeeding.

“Perri is a great person,” he said. “She picked a great school. She will be great as a player and student at Columbia. She’ll keep working hard and keep improving. The sky’s the limit for her.”

Restaurant: “täkō for tacos or the Cheesecake Factory. The triple chocolate is the best.”

People might be surprised to know this about you: I’m left handed. Sports I do right handed but all the rest is left handed.

Person you would like to have dinner with: Beyoncé

Lesson sports has taught you: Never give up. Always strive to be the best.