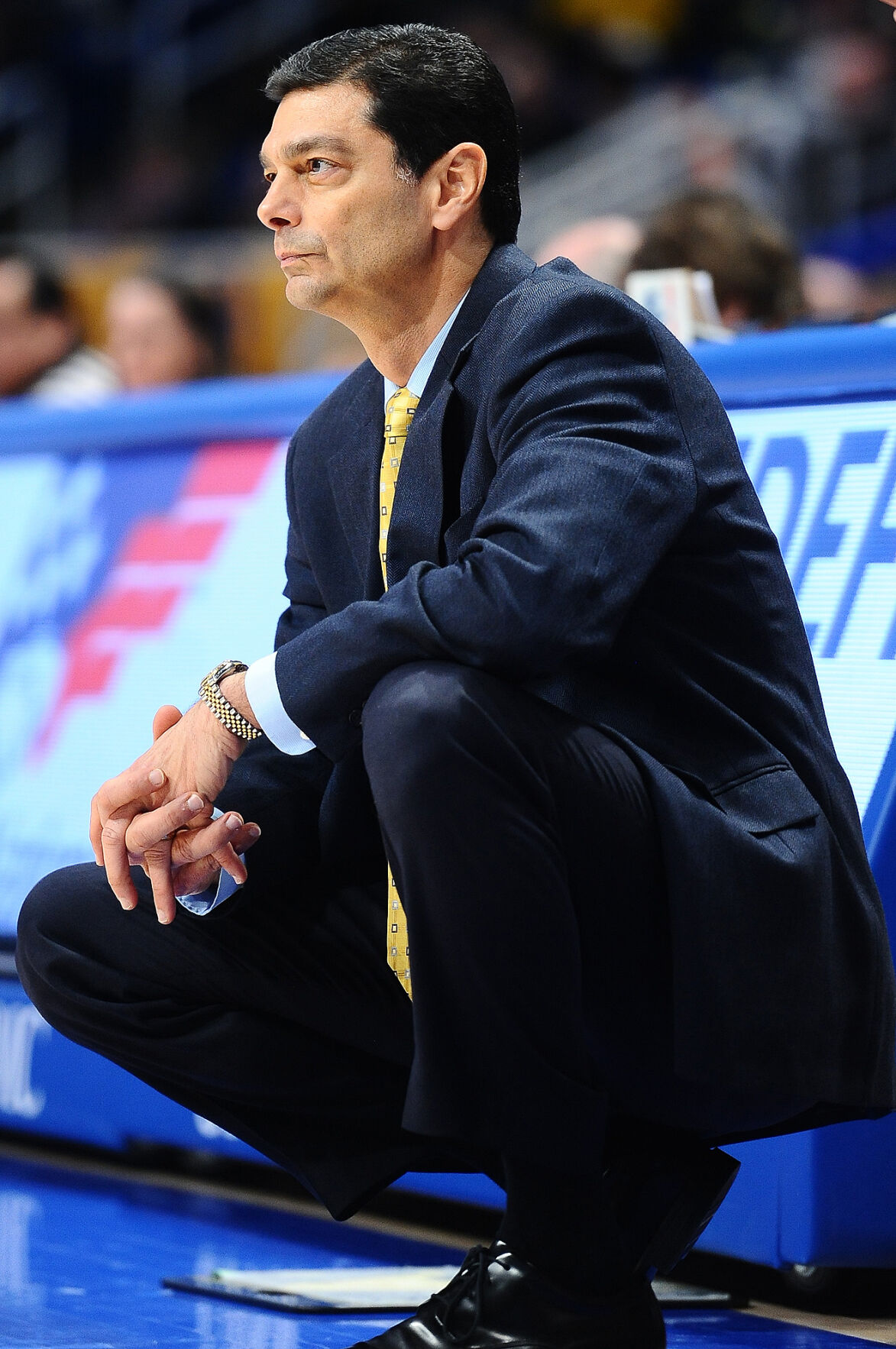 Joe David wonders what the future holds for his Mt. Lebanon boys basketball team this year as the coronavirus pandemic continues to impact the scholastic sports scene in 2021. 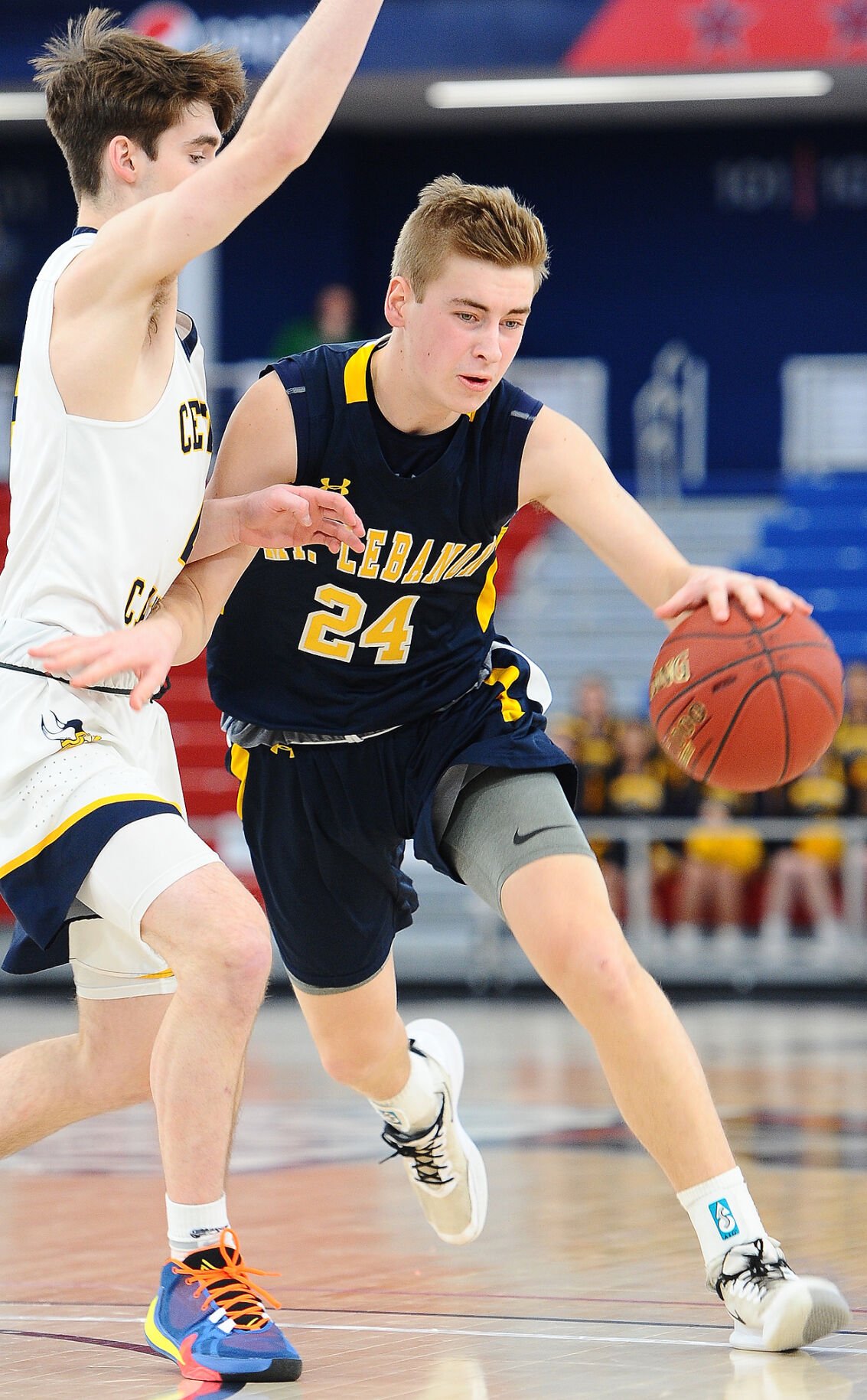 Jake Reinke is the lone returning starter on the Mt. Lebanon boys basketball team. The senior averaged 7.3 points per game in helping the Blue Devils secure a section title and reach the WPIAL championship game in 2020. 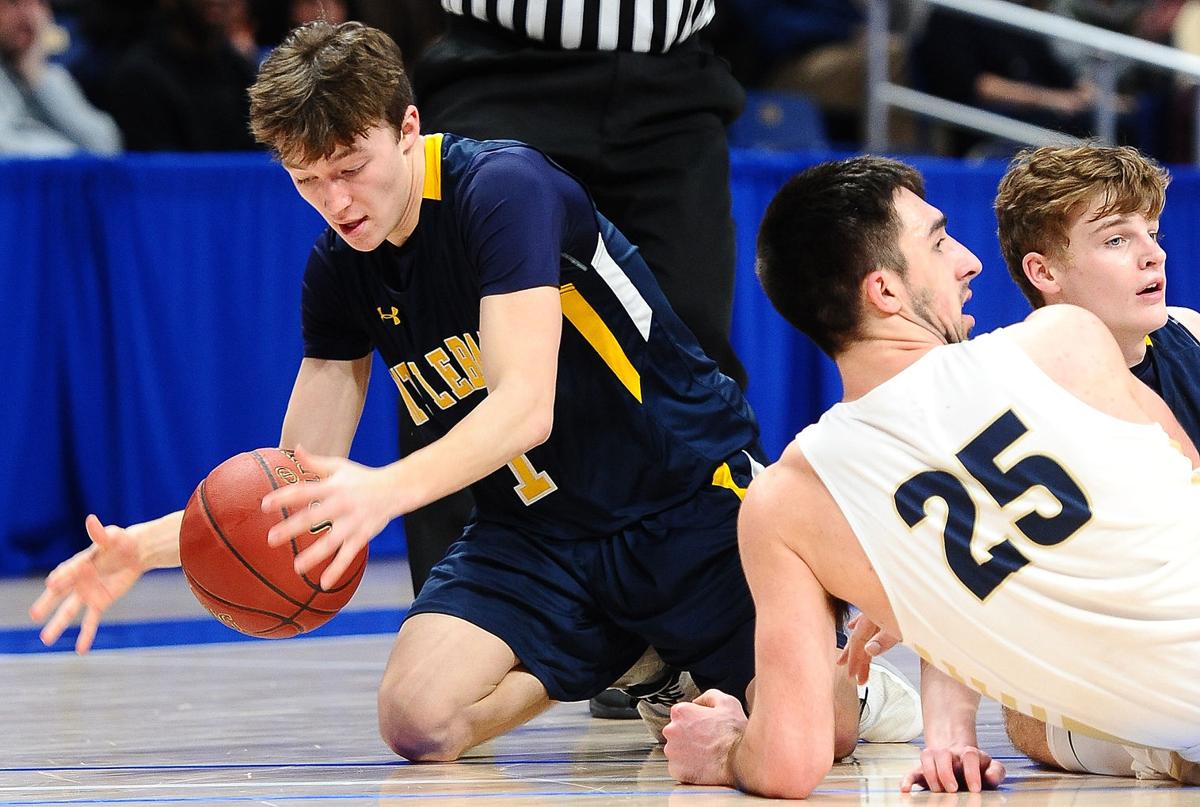 Mt. Lebanon’s Evan Sentner, left, comes away with the ball after wrestling Butler’s Ethan Morton (25) and Blaine Gartley (11) for possession during the WPIAL championship game last season. Sentner should be a key contributor for the Blue Devils this basketball season as the senior moves into a starting role at guard.

Joe David wonders what the future holds for his Mt. Lebanon boys basketball team this year as the coronavirus pandemic continues to impact the scholastic sports scene in 2021.

Jake Reinke is the lone returning starter on the Mt. Lebanon boys basketball team. The senior averaged 7.3 points per game in helping the Blue Devils secure a section title and reach the WPIAL championship game in 2020.

Mt. Lebanon’s Evan Sentner, left, comes away with the ball after wrestling Butler’s Ethan Morton (25) and Blaine Gartley (11) for possession during the WPIAL championship game last season. Sentner should be a key contributor for the Blue Devils this basketball season as the senior moves into a starting role at guard.

When Gov. Tom Wolf’s administration enacted measures to once again mitigate the spread of the coronavirus, scholastic sports teams adopted a wait-and-see attitude until Jan. 4 when sanctions are expected to be lifted.

For Mt. Lebanon, that spelled doom regarding progress the boys basketball team had been making. The Blue Devils had managed seven practices before their own school district curtailed activities.

With the statewide shutdown, the Blue Devils now will have had a five-week hiatus from the game. Barring an extension of the state mandates, Lebo could tentatively play its first game Jan. 15.

Under revised PIAA rules, a team now must complete 10 preseason practices, rather than 15, before it can play a game. The PIAA also now requires just four days of practice before a game can be played for those teams having already fulfilled requirements.

Lebo coach Joe David said the governor’s edict was easier to shallow than the random curtailments by school officials across the WPIAL.

“The hardest thing was the nonconformity,” David said. “We shut down and others were still practicing. That was unsettling to all involved but when the governor says all shut down, then it’s more acceptable. Everybody’s all in the same boat.”

The Blue Devils really are not. They graduated all but one starter from a team that captured a section title and reached the WPIAL championships for a second straight season.

Lebo was in the midst of competing for a state championship when COVID-19 restrictions forced the cancellation of the PIAA tournament. The Blue Devils finished 19-7 overall.

“When you are a young team, you need practices,” David said.

The layoff means “five weeks of us not getting better,” he said.

During the shutdown, David has emailed and texted workouts to his players but outdoor practices are proving challenging with recent snowstorms and sub-freezing temperatures. Some players are training on treadmills or peloton bikes to maintain fitness. Some complete dribbling drills in the garage to maintain skills.

“It’s awfully hard to mimic basketball when you can’t get out and shoot and work on defensive pressure in the style we like to play,” David said. “But, we all have to make the most of the situation we are presented with.”

David also noted that teams have to worry about the ramifications of coronavirus numbers spiking after the holidays. He said it’s anybody’s guess what the winter sports season will look like and when it will actually happen.

“We’ll have to wait and see but I know that we have been doing everything right,” David said. “At Mt. Lebanon, we had not seen issues going into shutdown. We have been abiding by the rules. I just feel bad for the players. These young men and women have not been able to do what they love to do and have been preparing to do all year. We hope we can get these kids out, play sports, have fun and enjoy their peers.”

David is entering his 20th season at the helm for Mt. Lebanon, where he has recorded 361 career wins. He has led Lebo to four consecutive section titles and six WPIAL title appearances. The Blue Devils, who won titles in 2006, 2010 and 2019, were looking to reach the PIAA finals for the first time since 2011 before the coronavirus pandemic put the state playoffs on hold last season.

To duplicate such success this season, David said he must do a “complete rebuild” as 88% of the team’s scoring and 92% of its rebounding graduated.

Jake Reinke remains. The 6-5 senior averaged 7.3 points as a starter last season for the Blue Devils.

Evan Sentner, a 5-10 senior, moves into a starting role after serving last season as first sub off the bench.

Zach D’Alesandro, a 5-8 junior, also has experience as a substitute last season.

In addition to Sentner and D’Alesandro, David looks for a strong group of sophomores and juniors, to fill the voids in the line-up.

“Individually, as well as collectively, we need to get better every day,” David said. “We need to learn to play and defend together, shoot the ball well and get after it defensively.

“I think, though, we are going to be a fun team to watch,” he added. “I’m looking forward to seeing this team grow. Hopefully we will be peaking by the end of the year.”

While David said the campaign will be “unlike” any other in the fact that playing basketball while masked will be an issue, particularly when some schools are requiring them and others are not, the section action will be the one consistent thing this winter.

“Every game will be a battle,” he said. “The section is always competitive and there are so many good coaches. It’s always fun. We certainly are looking forward to playing when we can.”