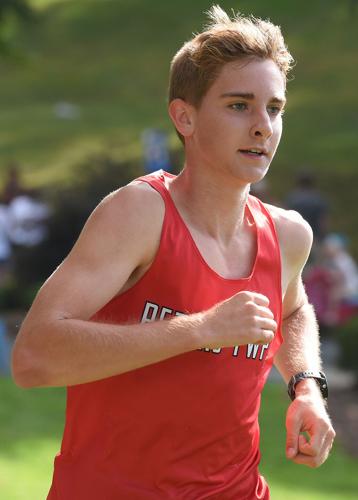 Brett Kroboth of Peters Township finished as the runner-up during the Foundation Meet. 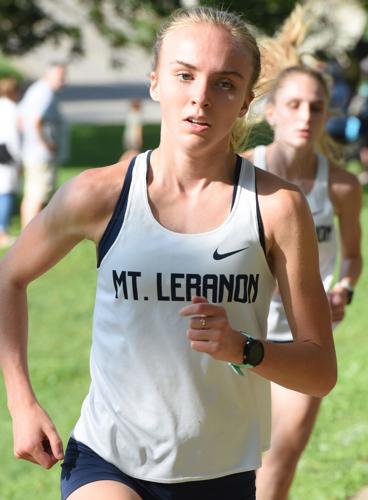 {p class=”p1”}Logan St. John Kletter of Mt. Lebanon clocked an 18:31 to finish runner-up in the Class AAA girls’ division during the Foundation Meet.{/p}

Brett Kroboth of Peters Township finished as the runner-up during the Foundation Meet.

{p class=”p1”}Logan St. John Kletter of Mt. Lebanon clocked an 18:31 to finish runner-up in the Class AAA girls’ division during the Foundation Meet.{/p}

There are many reasons why western Pennsylvania cross country teams participate in the Foundation Meet.

For starters, the race is held on the same course that the PIAA Championships will be run on in November.

“Previewing the state course midseason helps take away some of the unknowns and fears going into the championship part of the season,” said Chartiers Valley head coach Lori Poe.

“Our athletes gain confidence competing against athletes from all over the state and are better prepared mentally for the state meet knowing they have run on the course already.

“Basically, there are no surprise. We know what we have to work for going forward and what teams/individuals are in our sights.”

He added, “They also can plan their strategy for states and see where they stack up against other Pennsylvania schools.”

Brett Kroboth stacked up well against the competition. The PT senior finished runner-up to Hatboro-Horsham’s Brian DiCola. Kroboth clocked a 16:03 while DiCola’s winning time was 15:52.

Besides Butler’s Drew Griffith, DiCola is Kroboth’s primary competition for a state title. Griffith was last year’s WPIAL runner in cross country and bronze medalist in the 3,200-meter track race.

He finished fourth to DiCola in last spring’s PIAA Championships. DiCola was third in the 3,200 with a 9:02 time.

“He will be a tough opponent in PIAA,” said Wu.

To date, Kroboth has been having a standout autumn. He finished runnerup to Griffith at the Marty Uher Invitational then won the Red, White and Blue Classic. He shattered the course record at Peterswood Park with a 16:42 mark then ran a 14:54 during a sectional meet at Mt. Lebanon.

The PT boys and girls had a strong showing at the Foundation Meet. In addition to Kroboth, Sydney Shock finished in the top 20 among girls and earned a medal in 15th place, and Zach Byers placed 32.

“Triple-A is no joke, and times were fast, so it was a tough competitive field,” explained Wu.

Wu was equally pleased with Shock as he was with Kroboth. Shock covered the course in 19:42.

“Sydney ran very well,” Wu said. “That was her favorite course and she was ready to race. She was all smiles before and after the race even though she said she was nervous, which is normal for most runners.”

“This is one of the best Peters Township girls team places thus far against other PA schools,” Wu said. “If they believe in one another and their ability, they can make history because no PT team has ever qualify for states.”

For the Lady Indians to qualify for states, they must finish in the top 3 in a challenging Class AAA division. Their strategy is simple.

“In order for them to qualify, they need to run a strong second half of the race and feel strong after two miles. That’s very critical,” Wu said. “The coaches and I keep stressing refueling/hydrating because it makes a big difference how they perform in the race. The key is to stay healthy — mentally and physically.”

Turnbull leads CVLilah Turnbull paced the CV runners. The sophomore finished fifth overall with a 19:40 time but she was the second for team scoring as a few individuals ahead of her ran independently.

Thanks to Turnbull, the Lady Colts finished seventh out of 29 Class AA teams. Freshmen Gia Kwasniewski and Katie Hansen stepped up to the varsity squad and contributed to the team’s showing. Juniors Eva Kulbago and Rachel White along with Juliana Betts were CV’s 2-3-4 finishers ahead of the freshmen. Hiba Chaouk also raced for the Colts.

“The majority of the girls ran last year on the same course and improved, so we know we are on the right track moving forward,” said Poe. “Our freshmen gained valuable experience. They handled the pressure of a varsity race really well.”

Turnbull has risen to the occasion this fall. She is undefeated in dual meet competition and has finished in the top 10 in all invitationals. During a section meet on Sept. 20 against Hopewell and West Allegheny, she broke the school’s home course record that was set in 2009.

“Lilah is an exciting athlete to watch race,” Poe said. “She is a driven, competitive athlete and will continue to challenge for the top spots as the season continues.”

Despite missing a few of their top runners, the CV boys finished 16th out of 39 Class AA teams. Santo Riccardi was the team’s leader. Poe said the senior had an excellent race and improved his time from last year on the course by more than a minute.

“In general the Foundation Invite seemed more competitive this year as there were definitely more teams and individuals as compared to the last few years,” Poe said. “Race conditions were great and the course was in perfect condition for fast times.”

SF shinesFast times were not the only purpose South Fayette pursued during the Foundation Meet.

For the Lions, the adventure to Hershey was more about building camaraderie among the team.

“In my opinion, running this invitational is less about the course and more about the experience of bringing the team together with an overnight trip,” said SF coach Joe Winans. “We always want our runners to be adaptable to different courses, so whether you were running here for your first time or your seventh, the focus remains on how well you apply a race plan and tactics and respond to the ever-changing dynamics of the field. The best thing about making the trip to Hershey midseason is to see how tight-knit and future-focused we return.”

The Lions produced solid performances. “We were able to showcase our strengths,” Winans said.

The boys finished fifth as a team while North Allegheny took top honors. Jake Borgesi (7th), Roman Galioto (10) and Alaa-Eddine Guetari finished in the top 15 with Tim Danziger and Zack Warhol closing out the team’s scoring.

For the Lady Lions, a tight 1-5 spread proved a strength in finishing eighth as a team. Lily Colombo finished in the top 25.

According to Winans, Colombo is continuing to show that she can be a great leader for the team and on any given day Zoe Poe, Abby Poe, Nina DiMartini or Siya Joshi can come out of the group to lead the way for closely packed 2-5.

Both the boys and the girls are on track to attain their goals. Winans said the team is where he expected it to be at this point of the season.

“We hope that we see good execution of race tactics and the ability to maximize our strengths as we prepare for the second half of the season,” he said. “We did exactly that at the Foundation race, so we know that come late October we will be in the mix of the team competition at WPIALs to bring everyone back up to Hershey in November for the state championships.”