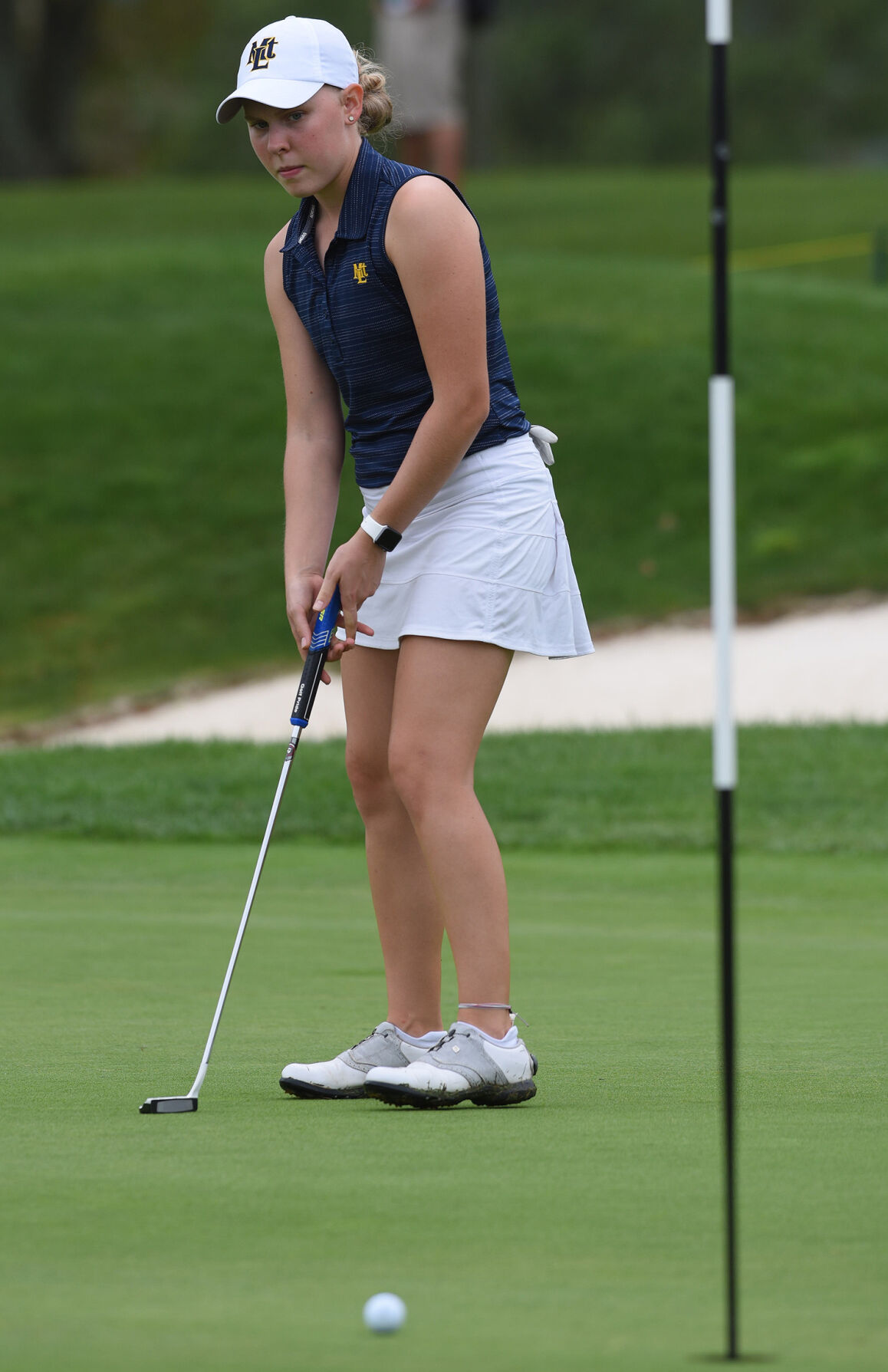 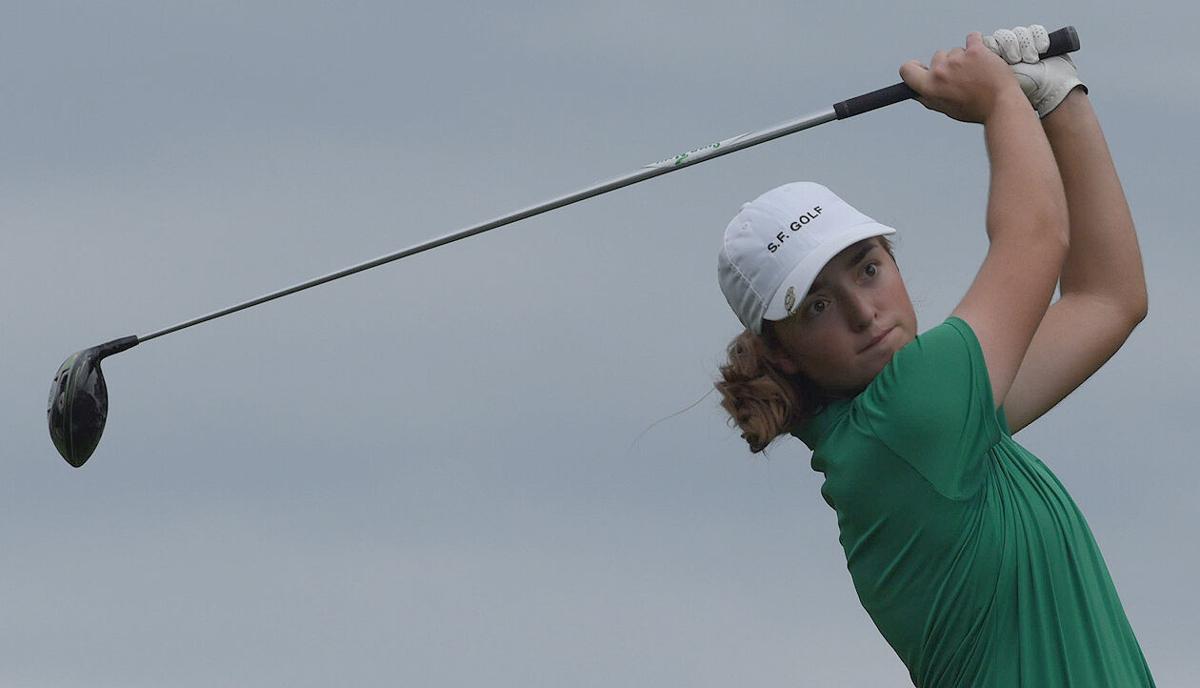 Caroline McConnell watches her drive during the WPIAL championships. She finished fourth in the individual championships and qualified for the PIAA finals for the third time.

Caroline McConnell watches her drive during the WPIAL championships. She finished fourth in the individual championships and qualified for the PIAA finals for the third time.

The top seven scorers from the District 7 individual final played Oct. 7 at Hannastown Country Club qualified for the state match. As seniors, Powanda and McConnell are making their last attempt at securing a PIAA crown. Both have had successful careers in district competition.

“It was a little difficult and hard at times,” Powanda said of her round of golf. “I had my C game. My putting wasn’t there so I had to grind through. I made the best of it and qualified.”

Powanda said she was confident heading into the state finals after finishing seventh in last year’s PIAA tournament.

“A state championship is the goal,” Powanda said. “That would be great.

“It’s a tricky course, though,” she added. “I’ve played it before. There’s a lot of risk-reward. Hopefully play the course right and hit the driver where I need it. Hit the green and two-putt. Shoot around par.”

McConnell is also making her third trip to the state finals. She qualified as a freshman by finishing third in the WPIAL and runner-up last year as a junior.

McConnell finished tied for fourth place with a 76 at this year’s WPIAL championships. She was four strokes off the winning pace set by Malosh.

“I am super excited, especially since it is my last year to get one more run at a state title and because I will be going together with Marissa. We may compete against each other but we are great friends and I am thrilled for her,” McConnell said.

A Michigan State recruit, McConnell expects to elevate her game at states.

McConnell said she did not have her best stuff in the WPIAL finals. She said her driver was off, but her short game was on and she compensated for any inconsistency by maintaining a positive outlook on the course.

“My mental game has been better than in the past,” she said. “That kept me in it.”

Poon is making her first foray into state individual competition. She said she is expecting to place in the top half of the state bracket.

Poon, a senior, feels her showing at WPIALs will be a springboard in the PIAA event.

“I felt confident with my round,” Poon said. “I have not been putting well but today was relieving to be able to putt better than I have been. I had a few holes that I could have made up for it but overall I was pleased with my performance and I’m excited to be going to states.”

Malosh is thrilled to be representing District 7 as its champion. A junior, she captured her first title by shooting an even par 72.

“Honestly I just want to do well,” Malosh said. “Even if I play bad, I want to have a good time and a good experience because I can learn a lot. There will be a lot of good players there.”