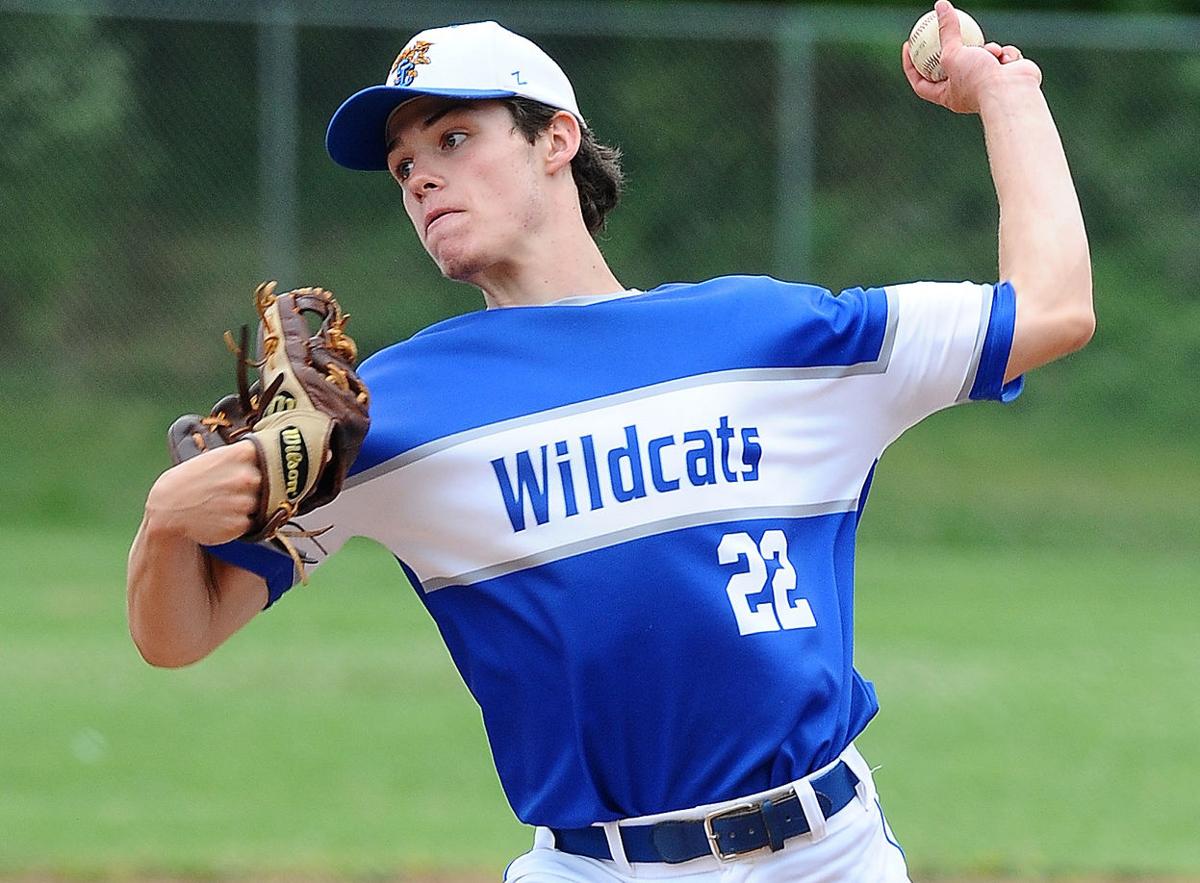 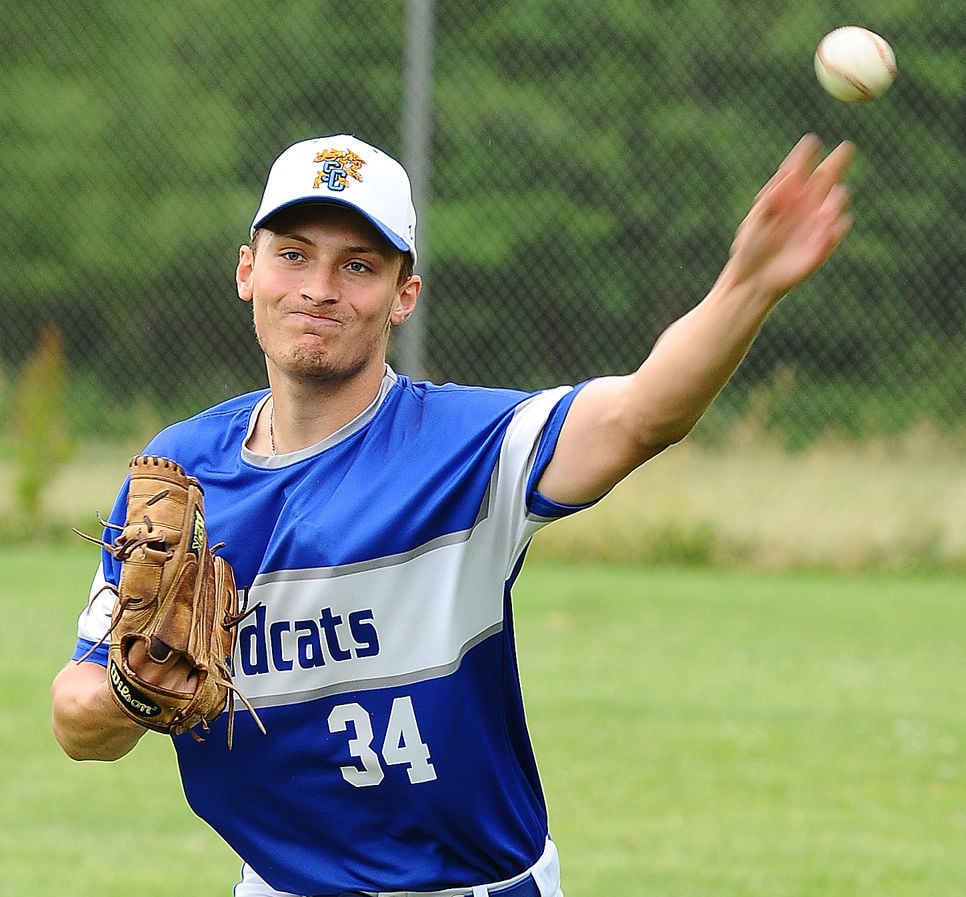 Nick Popielarczyk brings the heat for the Wildcats 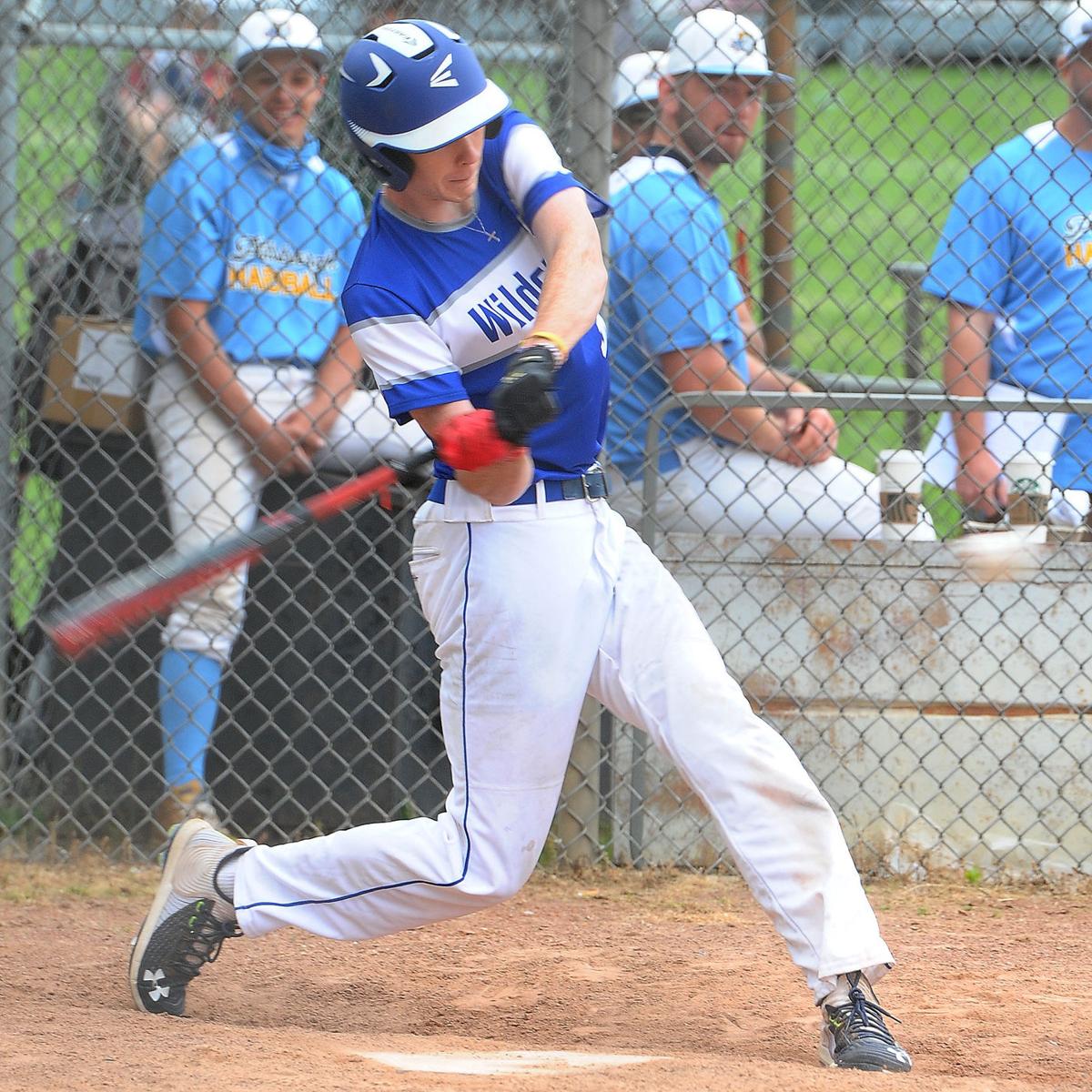 Andrew Casey makes contact for a triple during the first inning of a recent game. 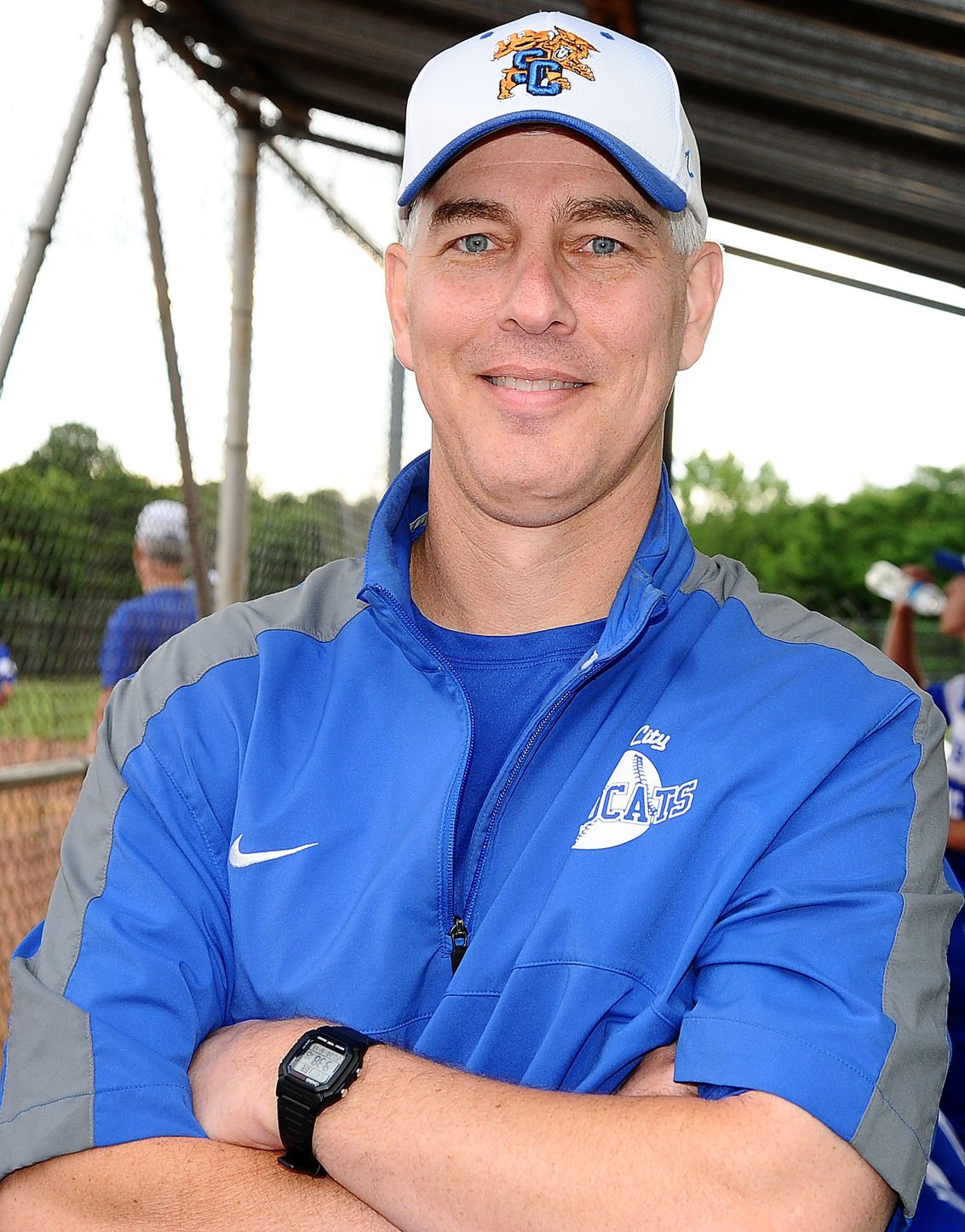 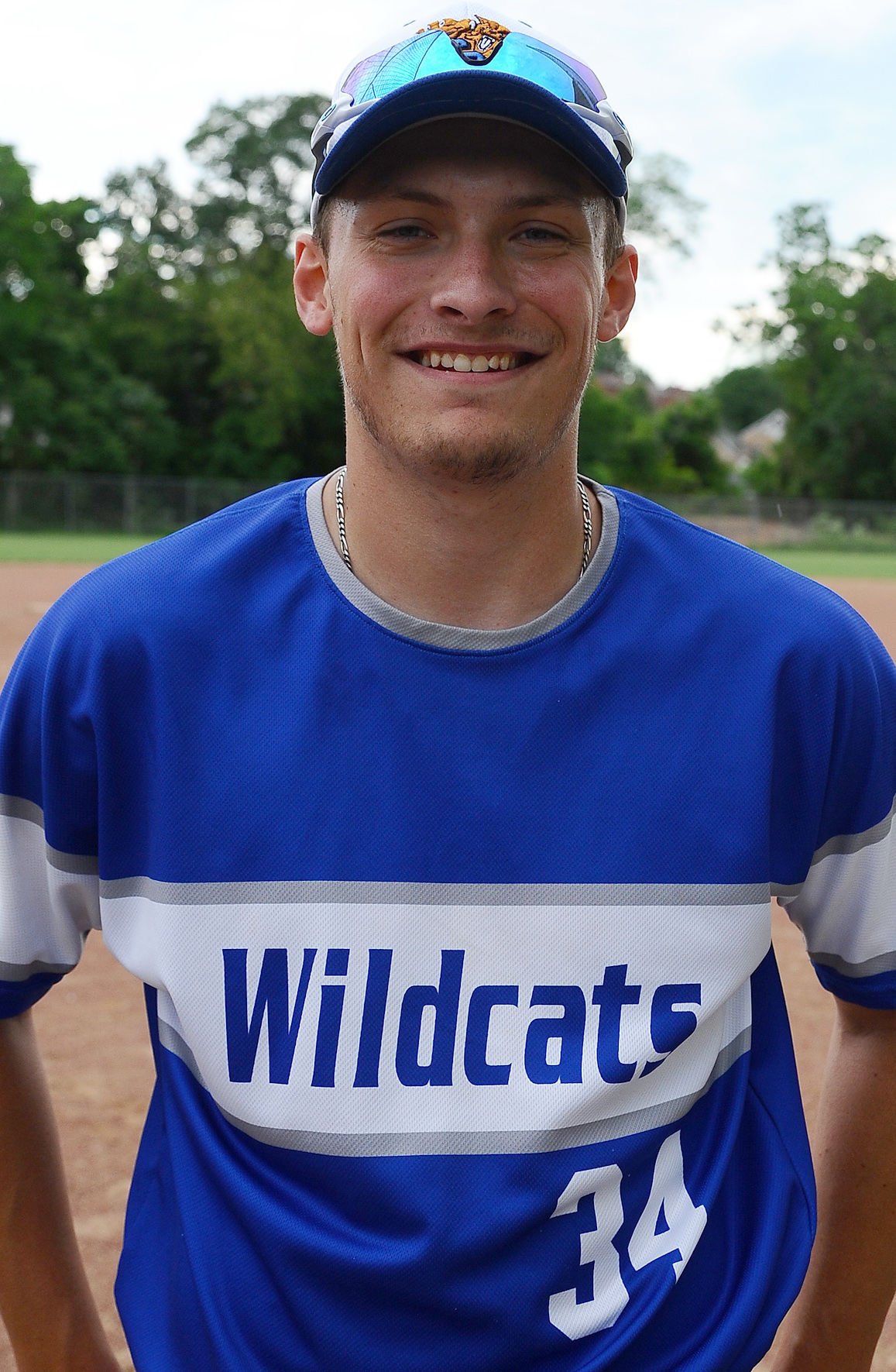 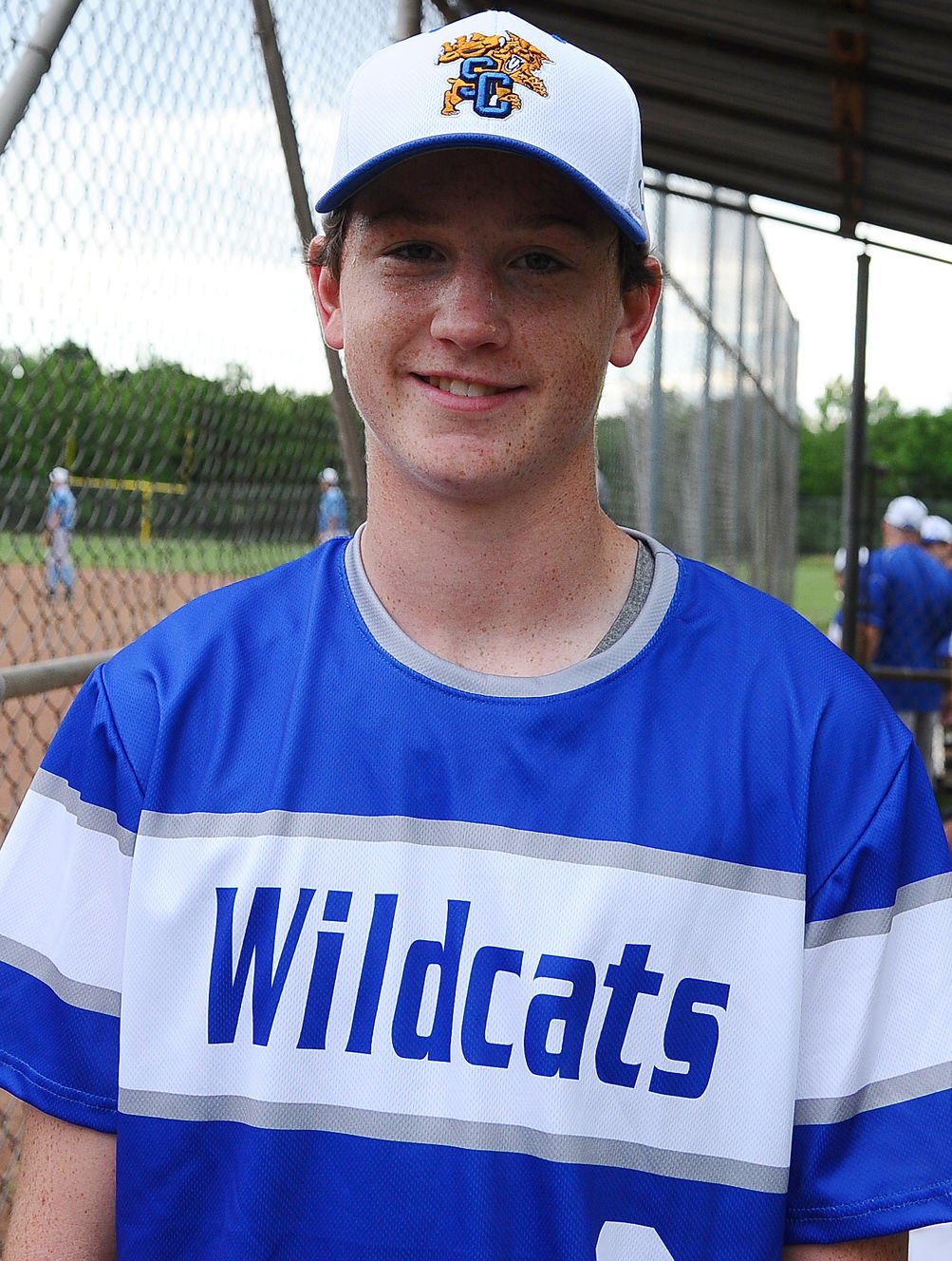 Nick Popielarczyk brings the heat for the Wildcats

Andrew Casey makes contact for a triple during the first inning of a recent game.

Mark Saghy is a professional communicator. He works in Southpointe for Crown Castle, the nation’s largest provider of communications infrastructure, connecting people and businesses to essential data, technology and wireless service.

During off hours, Saghy is a unifier. As a manager, he brings staunch school rivals together and fashions them into friends that also dominate on the diamond.

Since he created the Western Pennsylvania Elite Baseball League in 2006, Saghy has managed the Steel City Wildcats. One of the region’s most successful AAU clubs is a compilation of the finest talent in the 18-and-under division.

John and Eric Chalus are from Bethel Park.

Sam Miller is from Peters Township and Nolan Lutz is from South Fayette.

“It’s still a spirited competition,” he added. “Before the game starts, you see the kids from St. Clair or Lebo, Bethel or Peters talking to each other. They are as close as the kids they go to class with.

“So it’s fun to see when the kids cross over in the summer. These guys have played against each other. Now they are on the same team and have developed friendships. Those are lasting relationships. That kind of hybrid team is fun.”

Popielarczyk, whose Big Macs lost the section title to Bethel Park during his sophomore season of high school baseball but rebounded to win the PIAA championship, agreed.

“For us, the biggest rival is Bethel,” he said. “Every year, it’s the battle to get back at them. So the juices flow a little bit more when we play Bethel.”

Today, Popielarczyk and Eric Chalus are both members of the the Wildcats’ pitching staff.

“I think that is what’s nice about our team,” Popielarczyk said. “When spring comes, we are all rivals. High school versus high school. Once summer ball comes, we are all a bunch of friends just playing again. We can then take that summer ball experience into the next spring season and make it even more competitive going against the guys that you are playing with in the summer.”

For Popielarczyk, there are no more high school seasons. He plans to play baseball at Ashland College.

Popielarczyk didn’t have a lot of options this spring. Because COVID-19 canceled the season, he did not get the opportunity to increase his playing time after seeing limited action as a sophomore and junior.

“It was tough to lose the spring season,” Popielarczyk said. “This year was going to be the year that I finally started. It hurt a little bit knowing I put in all that work and we weren’t going to have a season.”

Now baseball is back.

Popielarczyk said he is “pretty excited” about being on the diamond. During the pandemic, he said he missed the competition and his friends the most.

“Getting out there with eight other guys behind you and just competing. Having that adrenaline rush going and giving all you can. That’s what I like best,” said Popielarczyk, who is batting .333 for the Wildcats with 5 RBI and two doubles.

“The friendships,” he added. “The connections you make through baseball. I didn’t know most of these guys going into my freshman and sophomore year, but now I know people from all over the place just because of this team and playing other teams.”

Miller, a rising junior, has had his world widened beyond Washington County because of playing for the Wildcats.

“I am really happy to be back on a baseball field again. To be able to face live pitching and having the whole baseball atmosphere,” he said. “It was a bummer having missed the spring, but I think I’ll be able to get back into it and be able to have fun again.”

Miller has played for the Wildcats for two years. He hopes to parlay that experience into a scholarship to college.

“When there is better competition to play with, and play against, I get better at everything,” said Miller, who is batting .471 with 6 runs and 4 RBI.

“It’s fun playing with this team and these players because we are like one big happy family and we are all a bunch of guys having fun. We love to play the game.”

Saghy played baseball at Duquesne University. He said he maintains his passion for the game by managing.

“This is my escape,” he said. “Some people like to golf. Some fish. I like to go to the baseball field. I love coaching the kids and seeing their development.”

Saghy and his coaching staff of Jim Rider, Joe DelSardo, Craig Piechnick and Robbie Saghy hone more than the skills required to bat, field and pitch.

“To be successful in this game requires mental preparation. You have to have a short memory and move forward,” he said.

Players also must advance beyond dimension. Saghy said the game is not about size and added it’s easy for him to say because he stands at 6-3.

“But it’s true,” he said. When you think about kids who really want to play at a higher level like basketball or football, they have to be a certain size. There are exceptions to the rule but that is the norm. In baseball, it doesn’t matter if you are 5-5 or 6-5. You can still work at it and play and not have the stereotype against you to size.”

Saghy said those are among the reasons why the game has such broad appeal. A three-sport athlete in high school, he said the hardest thing to do in sports, however, is hit a baseball.

“You are hitting a moving target with a moving target,” he said. “But it’s just a different mindset. It’s a slower game, but it’s more a mental game when you are talking about a hockey or something like that. It’s just something that everybody has done and has been exposed to even from the earlier ages, moms, dads, grandparents and everybody else. It migrates people to try it and keep the spirit alive.”

For amateur baseball players, these are hardly the hazy, lazy days of summer. They are working hard to make up for lost time.

Many, particularly the rising seniors, have only recently returned to the diamond after months of quarantine due to the coronavirus pandemic. Most lost their spring season because all sports throughout the country were canceled.

“I feel bad for the seniors who just graduated because they got short-changed. (COVID-19) has had a huge impact on them but it also affected the juniors,” said Mark Saghy, who coaches the Steel City Wildcats. “This is a big summer for exposure and recognition and this is really limiting that.”

According to Saghy, NCAA Division I scouts are not allowed out to watch recruit until Aug. 1. “So there isn’t going to be much done now,” he said. Division II schools can start in July. Division III recruiters have no restrictions.

“The goal for our team is development,” said Saghy. “We hope they get better and get exposure for college.”

While Saghy predicted more recruiting will be done in the fall, Scott Adams already is doing his homework. The University of Pittsburgh-Greensburg scout visited Brookline Memorial Park recently and watched the Wildcats sweep Pittsburgh Hardball Academy, 2-1 and 15-2, in a doubleheader.

“It’s truly important to get out here because we didn’t get to see any of the kids in high school this spring,” said Adams. “We are behind but we are not so far behind that we can’t catch up.

“It’s busier, yes,” he continued, “We try to get out as much as possible anyway. Every chance we get out to see somebody play right now is a bonus for us.”

Adams noted that “the opportunities are still out there” for athletes who feel they lost their chances to be seen because their high school seasons were canceled or their summer leagues have been curtailed.

“Coaches are doing everything they can to see them and everybody is adapting to the recruiting process, especially at the higher levels.”

Adams noted recruiters can watch from home because more events are being streamed. “There are ways to be seen,” he said.

Saghy noted the Wildcats are headed for Virginia for a tournament later this season. Games will be live-streamed.

“That is one way to help out. We just have to make sure the right people are tuning in,” he said.

Videos are another avenue in which players can gain exposure.

“Players need to take advantage of everything they can get,” Adams said.

“If they can go out and play games, play games. If they can’t, then get videos and send them out to the coaches of the schools they are interested in and see how it goes from there,” he advised.

Saggy agreed that sometimes the onus does fall upon the player and his current coach.

“We just have to find different ways to get them exposure,” Saghy explained. “Instead of in person, it’s going to have to be video.”

For now, the Wildcats are one game in town and scouts like Adams are flocking to watch.

“It’s a great opportunity to check out players,” Adams said. “It’s real important to be out here because we are trying to build up that recruiting base going into next year. Everybody is trying to figure out who you want to identify for the coming seasons.”