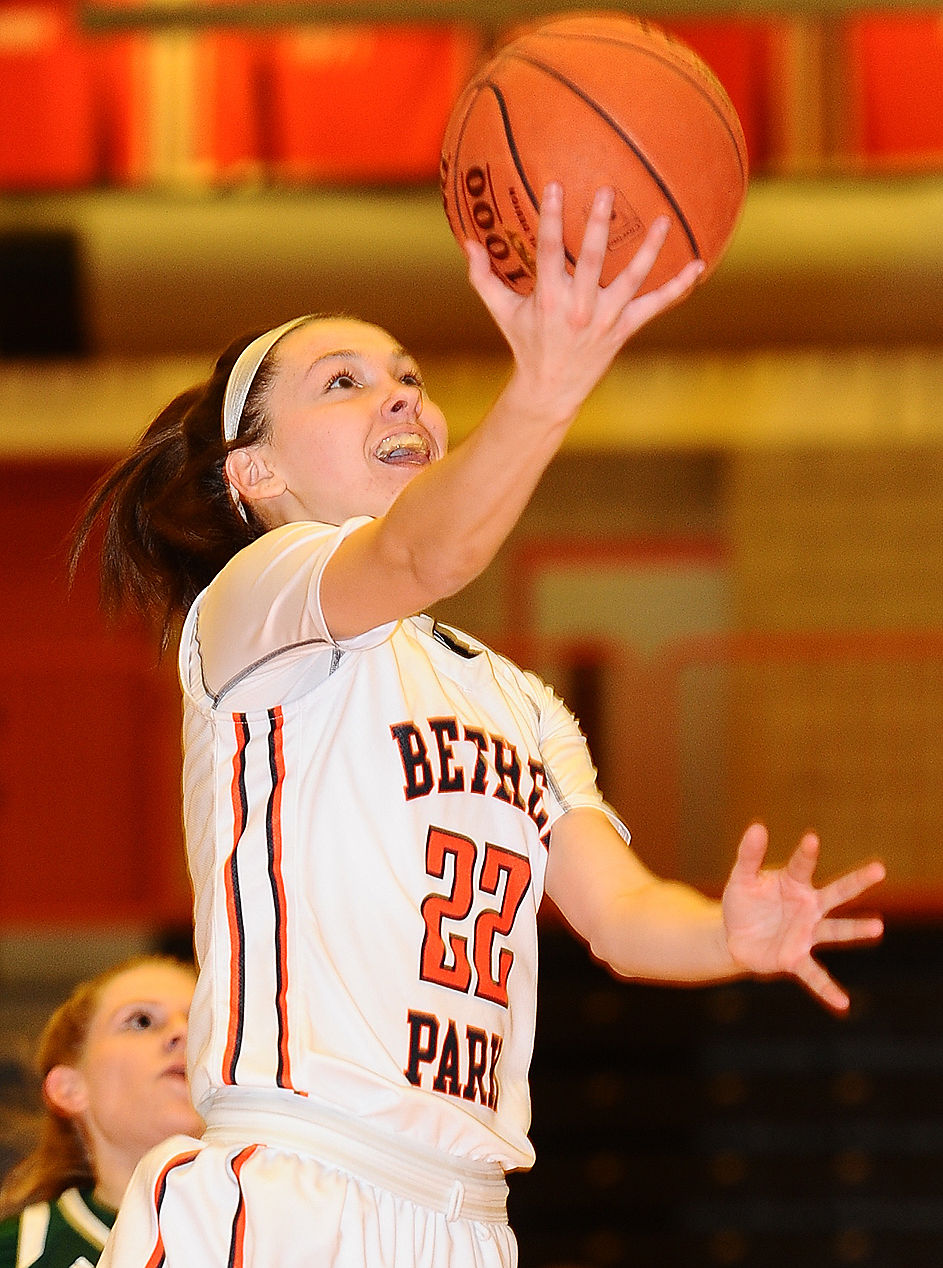 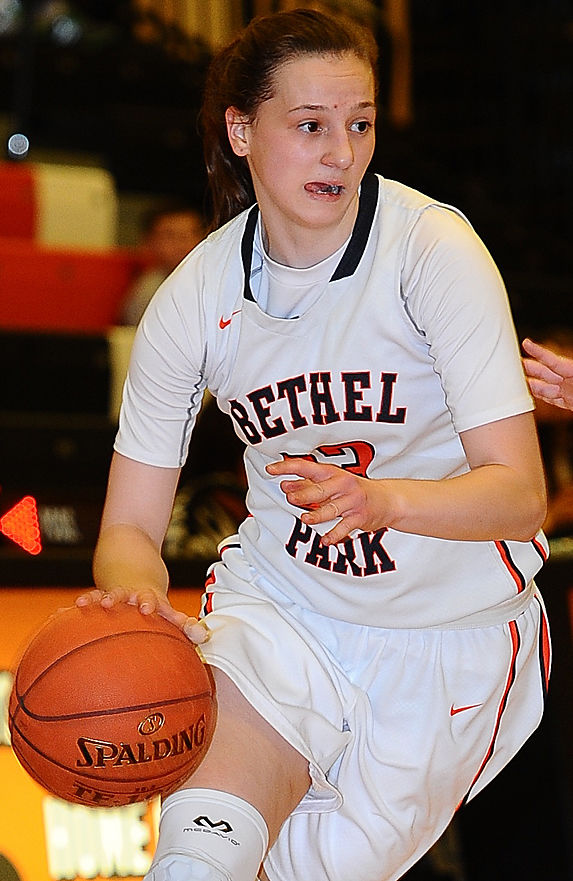 Maddie Dziezgowski averaged 14.2 points and 7.8 rebounds a game last season for the Lady Hawks. The senior forward is a St. Bonaventure commit.

Maddie Dziezgowski averaged 14.2 points and 7.8 rebounds a game last season for the Lady Hawks. The senior forward is a St. Bonaventure commit.

As she embarks on her 25th year of coaching, Jonna Burke has learned many things that have enabled her to accumulate more than 450 career victories in girls basketball. Two, however, continue to be critical to all her team’s successes.

Last winter, the Hawks did things right against every single opponent, except for Peters Township, which went undefeated in winning the section, district and state banners. The Indians beat the Hawks twice in league action, in the WPIAL semifinals and in the PIAA playoffs, accounting for all four of their losses in 2019.

While the Indians surely remain a top contender, the Hawks could be the team to beat this winter as they return all but one starter from year’s 24-4 club. Maria Cerro, who averaged 10.4 points per game, is now playing at Indiana University of Pennsylvania.

Maddie Dziezgowski is among the top veterans. The 6-foot senior has committed to St. Bonaventure. A forward, she averaged 14.2 points and 7.8 rebounds per game.

Olivia Westphal is expected to be one of the top guards in the district. She provided 15.8 points, 4.8 rebounds and 2.5 steals to BP’s totals.

The Hawks anticipate Reagan Milliken, a junior forward, will get playing time as well as several newcomers. Expected to have an impact are Mallory Locke, sophomore Riley Miller and freshmen Olivia Willig and Sophia Nath.

“Speed and shooting look to be the team’s strengths but our lack of height could be an issue,” Burke said.

There is no issue regarding BP’s immediate objectives. The Hawks embark on pursuing their goals as section action commences on Dec. 11 at home against Hempfield. The Hawks then visit rival Upper St. Clair for a Dec. 16 date before returning home to face Mt. Lebanon on Dec. 19. BP does not play Peters Township until Jan. 7.

“Our goal is to make the playoffs,” said Burke. Noting that is no easy task considering BP’s opponents, she continued, “We have to be ready to play every night. There are no nights off in this section because all of our opponents are tough.”