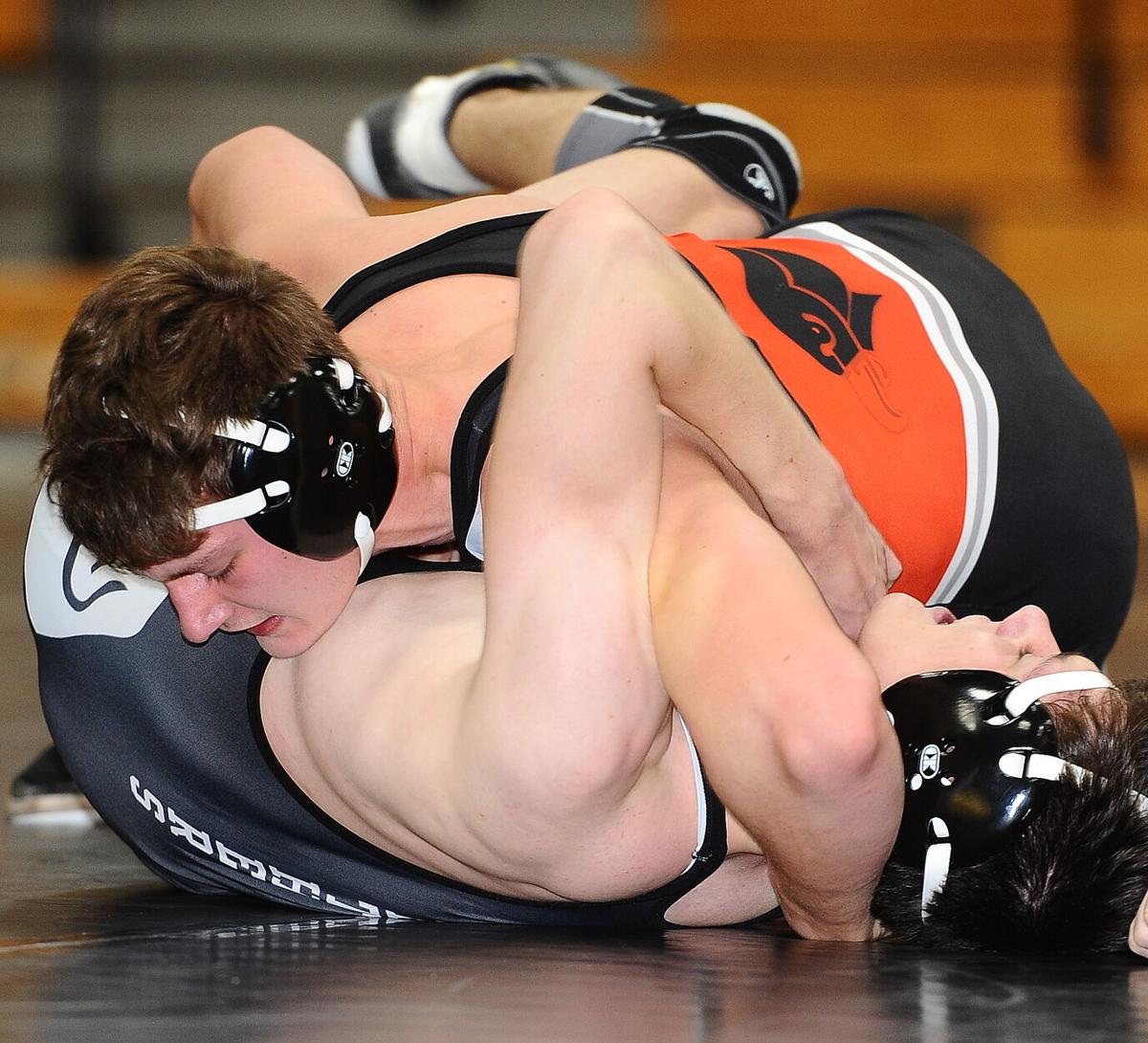 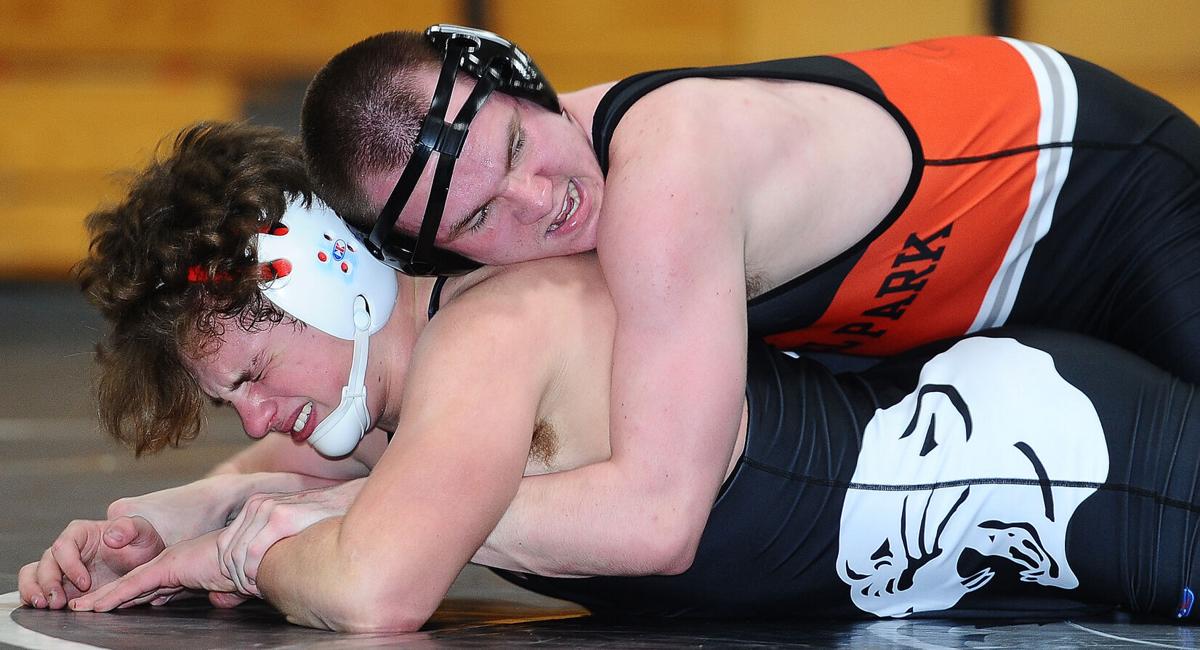 Bethel Park High School’s top five athletes aren’t necessarily the starters on the boys basketball team. They just may be a quintet of freshmen wrestlers.

“It’s a good class,” said BP head coach Tim Crawford. “They’ve come up through the ranks of the rec programs and clubs. Our youth is so experienced.”

Mason Kernan is perhaps the most decorated of the bunch. He is a two-time place winner on the Pennsylvania Junior Wrestling circuit. His junior high reputation precedes him such that some opponents forfeit his weight class.

“Mason’s an exceptional wrestler,” Crawford said. “We expect big things from him.”

In a season-opening 43-27 win against Upper St. Clair, the Hawks received a huge win from Rocco DelGreco. His major decision at 126 came on the heel’s of Kernan’s forfeit win and snapped a 27-27 deadlock in the match.

“Rocco wrestled a great match,” Crawford said. “We did not expect our freshman to beat a senior but Rocco’s a good, solid athlete. He works really hard.”

Aiden Bench at 106, A.J. Tomaino at 145 and Anthony Zaboroski at 172 are the other three freshmen giving Bethel Park promise for the future.

“We have a real good youth group and those kids are so experienced. This year’s ninth-grade class down through the sixth grade are good classes that are only going to get better,” said Crawford. “The future looks great for a few years for Bethel Park wrestling.”

Vinnie Riepole is one of three seniors hoping to lead the Hawks this season. Crawford said Riepole, who is the team captain, is a “lifer” as he already has 12 years in the program.

Kevin Collins and Aiden Puskas also fit the bill. As seniors, the pair are always showing the way for the younger wrestlers on the team.

Bryson Bench and Dylan Wentz comprise the junior class. Polar opposites in experience — Bench is in his fifth year while Wentz is a first-time wrestler — they also are teammates on the lacrosse team.

Among the sophomores in the starting lineup are Logan Pettigrew and Kyle Pherdehirt.

“We have some good wrestlers,” Crawford said. “We have high hopes for our freshmen. They are a talented group but others, we expect to go far and make some noise as individuals.”

The Hawks also hope to make a racket in the section. In addition to USC, BP competes against Central Catholic, Peters Township, Ringgold and Mt. Lebanon. Only the top two teams rom the sub-division will advance in the WPIAL team tournament because of COVID-19 safety protocols.

“Our goal is to finish in the top two,” said Crawford.

Lebo poses an obstacle for teams like the Hawks as they are unable to wrestle opponents who do not abide by their COVID-19 protocols for wearing masks during competition.

Bethel Park did not adopt a mask rule. Administrators cited safety issues as the reasoning behind their decision to not require athletes to wear masks during competition.

Wrestling during the COVID-19 pandemic has presented other limitations for the Hawks, particularly during practices. Clocks are set for 14 minutes and wrestlers drill with masks on during that period. The grapplers then take a break. They physically distance and hydrate for five minutes.

“The only time we take masks off is when we go live in a match,” Crawford said. “Other than that, we are fully exerting ourselves. With masks on, it’s tough.

“We are doing what needs to be done in order to have a season,” he added. “We are just happy to be on the mats, happy to have a season, and give these kids an opportunity to be out of their houses, be in school and participate.”

Because of the pandemic, most individual tournaments, including the Allegheny County Championships, have been postponed. Wrestlers have dual-meet competitions until the WPIAL and PIAA tournaments.

“It’s a bummer to have lost all those tournaments because wrestling is such an individual sport but it’s nice that we do have the dual meets and an opportunity to win as a team,” Crawford said.

“To be able to participate in a sport these kids love means so much. They are happy to be wrestling.”