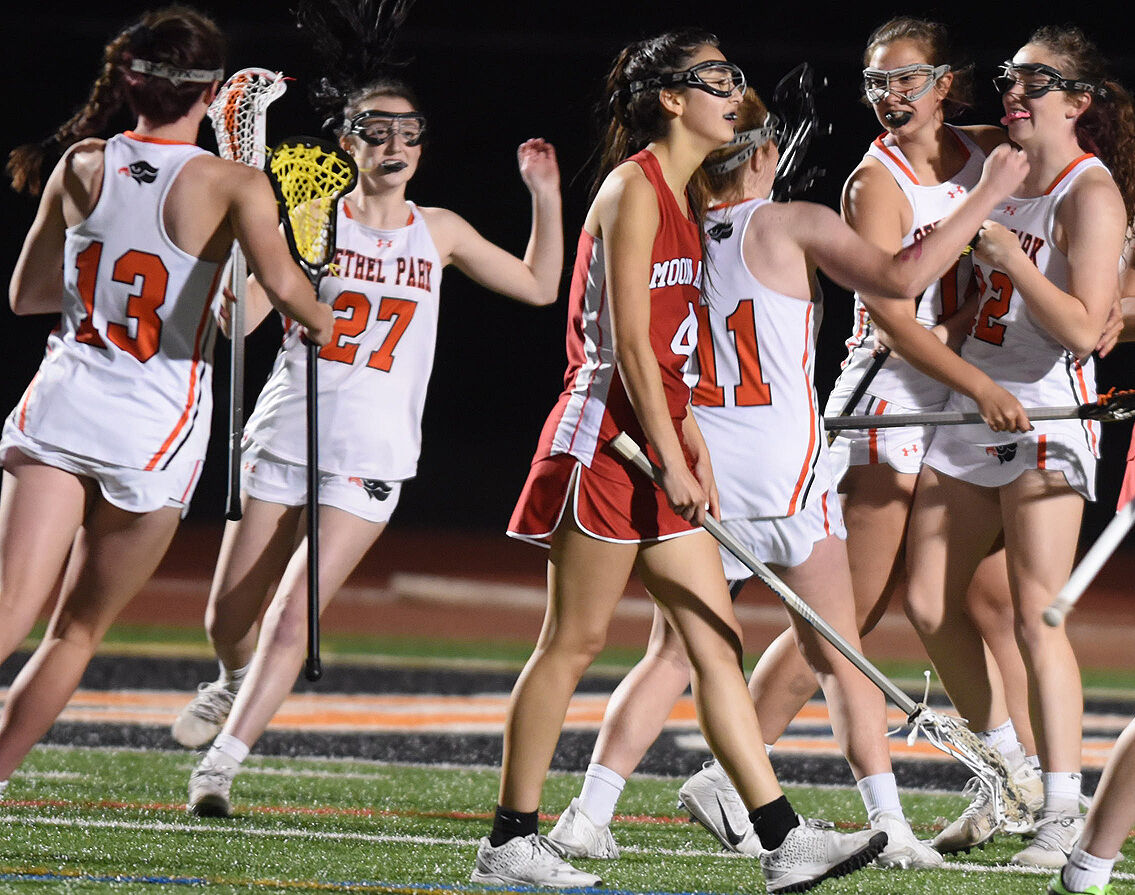 Fox Chapel’s Selea Rodrigues (4) walks off the field as Bethel Park players celebrate their overtime victory against Moon in the first round of the WPIAL girls lacrosse playoffs. 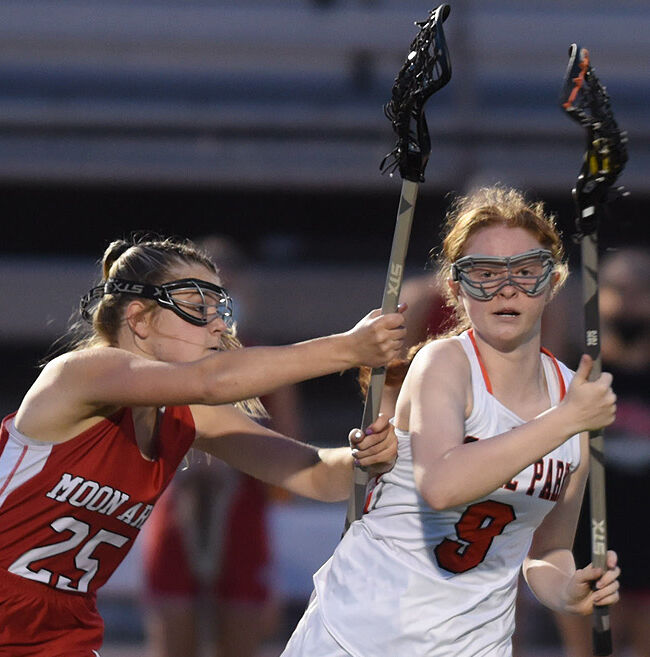 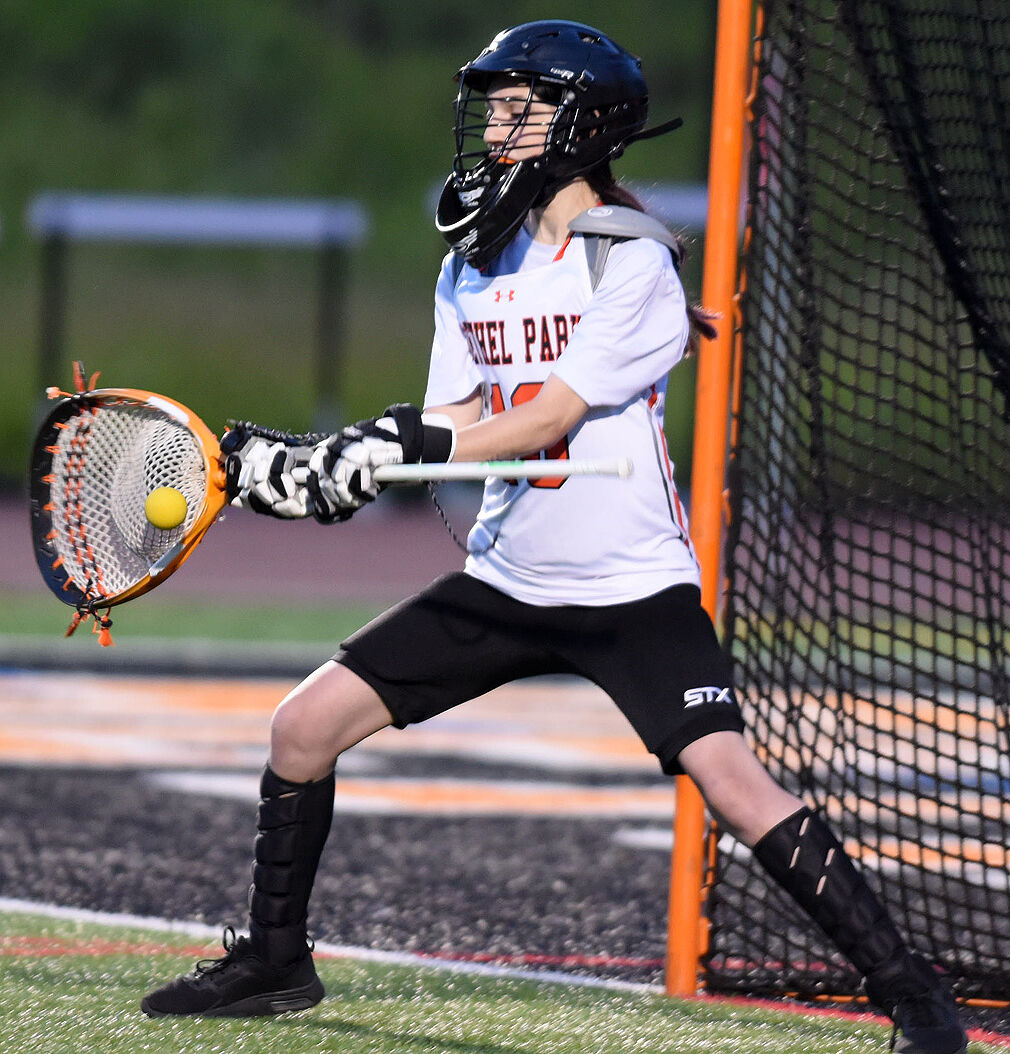 Fox Chapel’s Selea Rodrigues (4) walks off the field as Bethel Park players celebrate their overtime victory against Moon in the first round of the WPIAL girls lacrosse playoffs.

Riley Miller may not be the focal point of the Bethel Park girls lacrosse team’s offense.

She did, however, play a critical role in the Black Hawks’ success this season.

“She is not in our top few scorers,” BP head coach Becky Luzier said, “but she definitely makes her presence known on the field everywhere else.”

On draw-controls, Miller is an expert. She has more than 80 this season.

“She is a draw-control machine,” Luzier said.

Miller figured prominently in BP’s 13-12 first-round playoff win in overtime over Moon. She picked up the decisive assist when she dished off to Caitlyn Schultz for the game-winning goal after adding two over her own earlier in the game.

“Yes my kid has to put it in the back of the net and score the goal, but that started with my defense creating that turnover to get us another scoring opportunity,” Luzier said.

“We have had a really strong draw-control group. If our draw-control group doesn’t possess it, then our defense is going to work hard to get that turnover,” she added. “That happened in the end. That’s what won the OT for us.”

The Hawks seemingly had the game in hand, leading 11-7 with 10:17 to play in regulation before the Tigers rallied.

Bethel Park’s Lucia Coccagno exploded for five goals. Ella Stewart had the hat trick and an assist. Schultz also scored two goals and had one assist.

Tori and Megan Krapp completed the scoring. Tori provided a goal and an assist. Megan had one assist.

“I’m proud of my kids for the way they battled back,” said Luzier. “I think our lack of depth showed and Moon gave us a run for our money on draw controls that most of our opponents had not.”

Both depth and draw controls factored into BP’s 20-7 loss to Sewickley Academy, though, in the quarterfinals of the playoffs.

“The girls did a great job all season of using our small roster as a motivating factor to play their best on every play and make every possession count, but that caught up with us,” Luzier said.

“We also struggled on draw controls in a way that we never had. It had a massive affect on possession and definitely was the largest factor in our inability to score.”

“They field a great team. We wish them the best because they play a clean, sportsmanlike game and I have a lot of respect for their coach,” she said.

“Fox Chapel was a tough, well-coach opponent,” said BP coach Tim Schreiber. “They had a good zone defense and their goalie played a great game.

“We stayed patient on offense and relied on our defense to make stops when we needed them.”

The Hawks could not stop North Allegheny and succumbed to the Tigers, 14-7, in a quarterfinal contest played May 20 at Mt. Lebanon.

Mattola and Kopp each collected an assist for the Black Hawks, as did Radcliffe and Nicholas Massari.

Volpatti finished with 35 goals on the season with 21 assists.

Owen Peters, a junior, turned back nearly 200 shots and finished with a 0.657 save percentage.

Although the loss ended the season for the Hawks, Schreiber was nonetheless pleased with the team’s 10-6 campaign.

Between quarantines, injuries, schedule and line up changes, he said the players have taken everything in stride.

“I’m very pleased with how the boys have handled the difficult season,” he said. “I’m proud of how coachable and flexible everyone has been.”