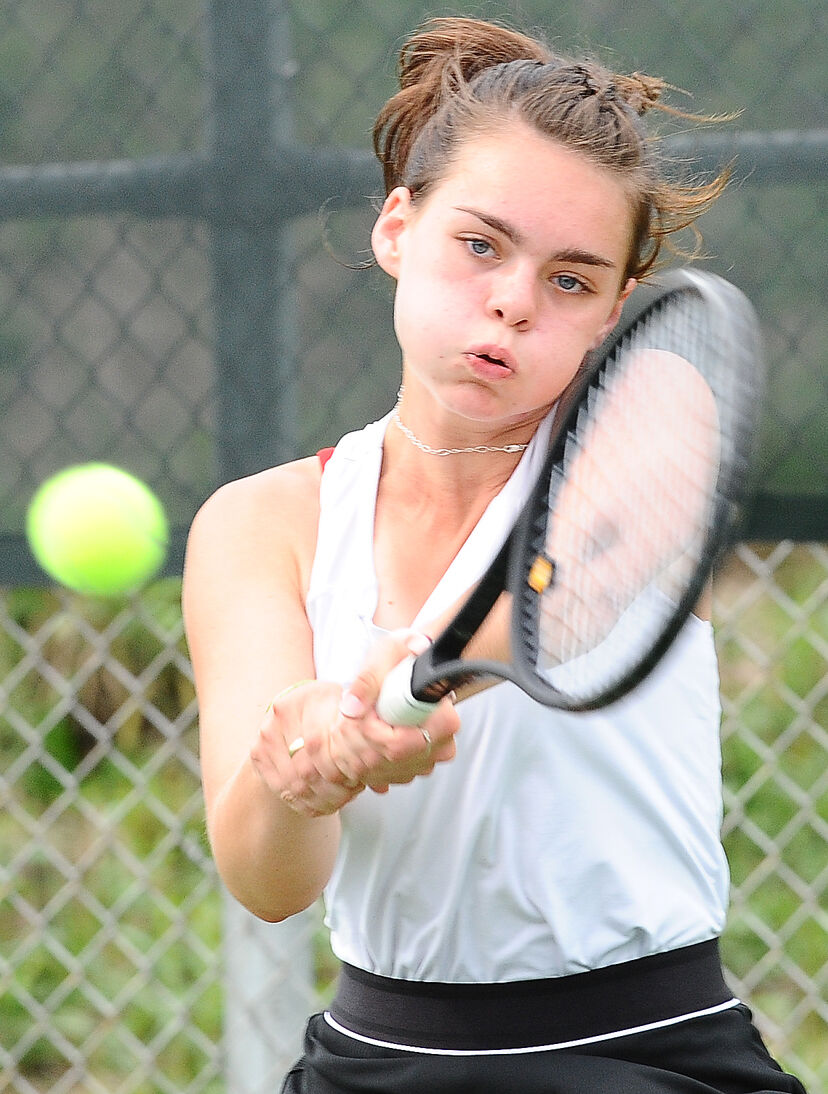 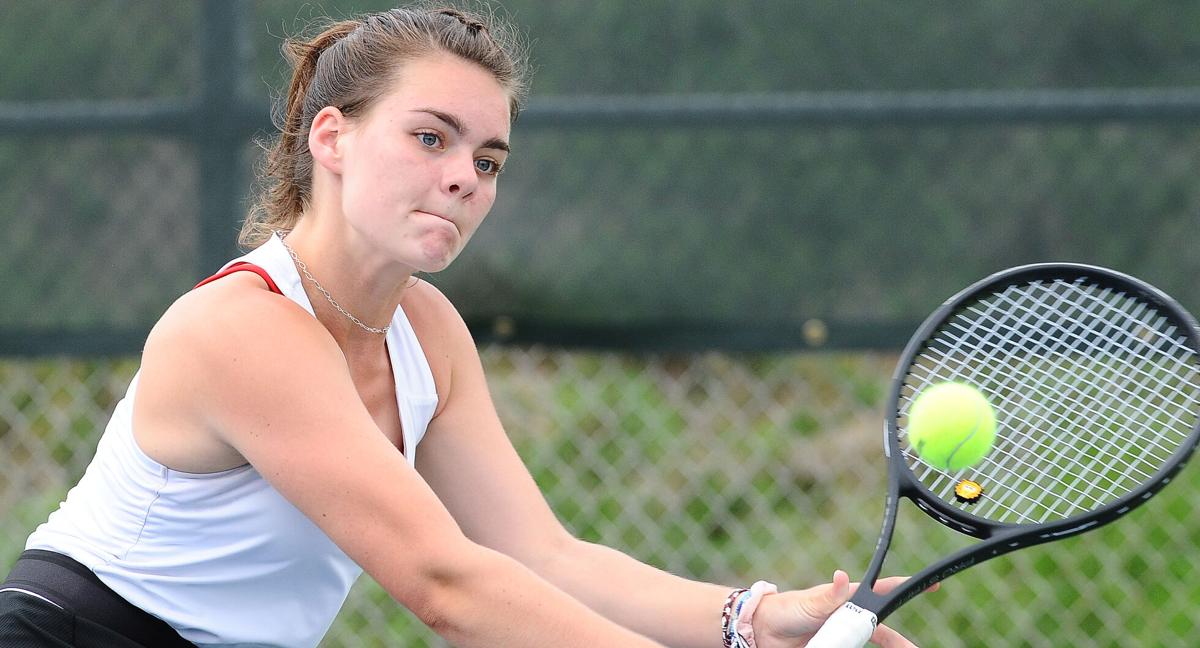 After falling behind by three games in the decisive third set, Gorman waged a stunning comeback and wrested the title away from her opponent, 6-1, 2-6, 7-5.

“When it was 4-1, I quieted my mind. Buckled down,” Gorman said. “I figured if I was going out, then I would go out swinging.”

Gorman powered her way to a 5-4 lead. With Qian serving for the match and behind, 30-0, Gorman roared back again to clinch her first District 7 title after back-to-back third-place finishes.

“Elaine played one of the best matches that I have ever seen her play,” Gorman said. “The way that I play, I hit big. Power was the key to my success.

“It was exciting to win the championship, especially after getting thirds my freshman and sophomore years” she added. “Even to get to the final was awesome.”

After winning pro sets, 10-1, against Hempfield’s Alexis Smith and Latrobe’s Addison Kemerer in the opening rounds of the tournament, Gorman dispatched Kat Wang from Peters Township, 6-2, 6-3, in the semifinals.

Gorman credits her success to a loyal following, which includes her parents, Tom and Alicia, as well as teammates: Lily Sierka, Emma Smith and Madi Conroy.

Sierka and Smith are BP’s No. 2 and No. 3 singles players behind Gorman. Conroy play first doubles. All are members at Glen Creek Tennis Club in South Park, where her father is also employed as an instructor.

“A large part of why I was able to perform the way I did, is my support system,” Gorman said. “At Glen Creek, we are a family. That takes they pressure off. We are all there for each other.”

Gorman now advances to the PIAA tournament set for Nov. 6-7. It will be her third trip to Hershey to compete for the state championship.

“I am not sure what the expectations are,” Gorman said. “I want to do well and make it as far into the draw as I can.”

Normally, the top three finishers in the WPIAL advance to the PIAA tournament but because the coronavirus pandemic has placed limits on this year’s participants. Only district winners advance to the state championships.

In other WPIAL singles play, Wang finished fourth after an injury default in the consolation match.

PT’s Maura Bruce and Mt. Lebanon’s Lauren Mastellar won first-round matches before being eliminated from further tournament action with losses in the quarterfinals.

The WPIAL doubles championships are set for Oct. 7-8. Wang and Bruce combined for the title in 2019. The PT pair are also the defending PIAA champions.

Food: Ice cream. “My favorite flavors are anything with chocolate and peanut butter and the best place to get ice cream is from Graeter’s in Castle Shannon.”

Restaurant: DeLallo’s “I love the lasagna and chicken parmesan there.”

Music: “I listen to everything and anything but my play list before a match is high-paced.”

Dream Destination: Australia. “My mom went there when she was younger. Everything she says about it sounds gorgeous.”

Person you would like to have dinner with: My dad’s parents. Tom Gorman, Sr. and Bernice. He died when I was nine and my grandma just passed away in February.”