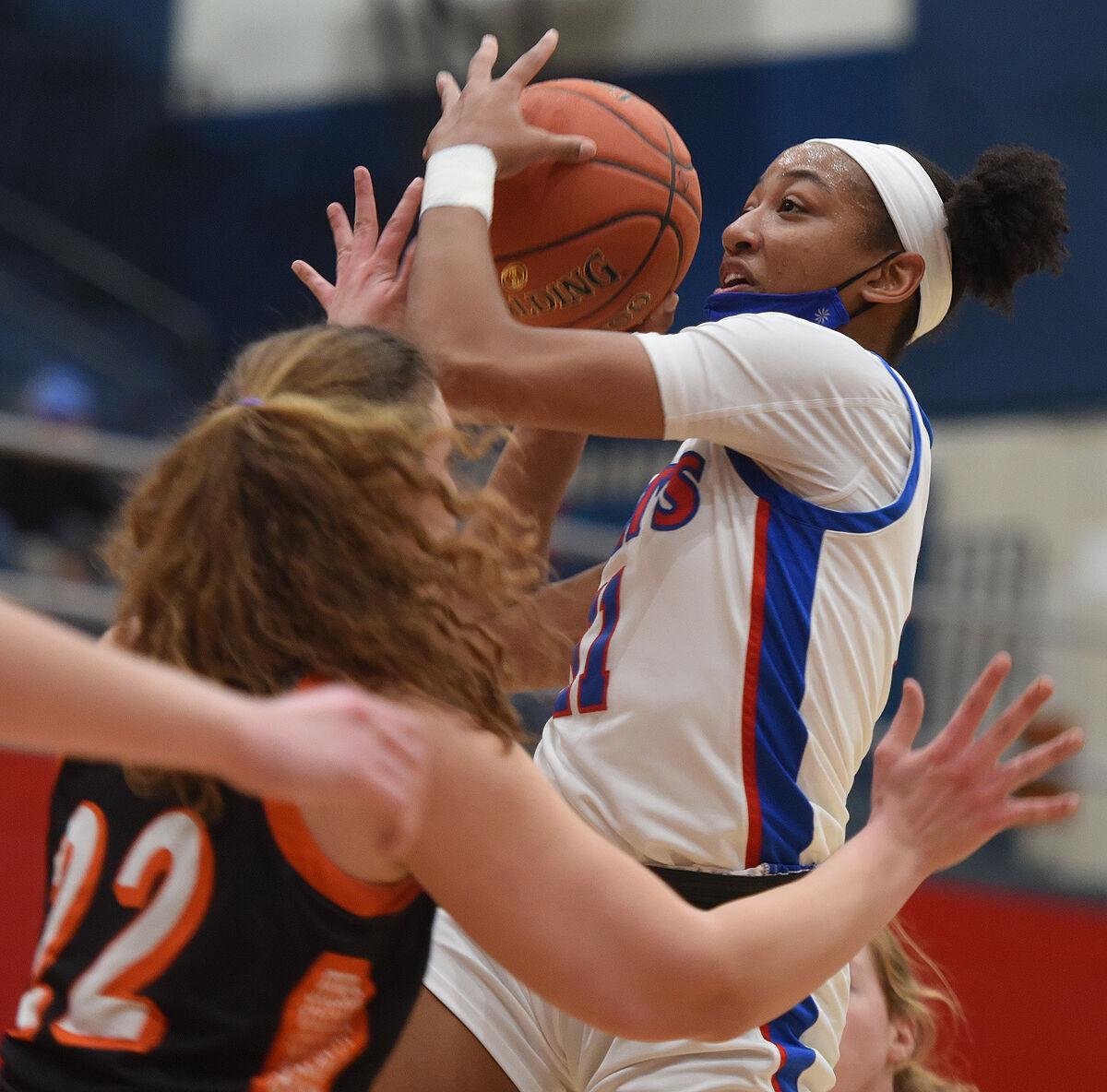 Chartiers Valley's Perri Page rises up to the basket for a shot during a WPIAL Class 5A semifinal game. 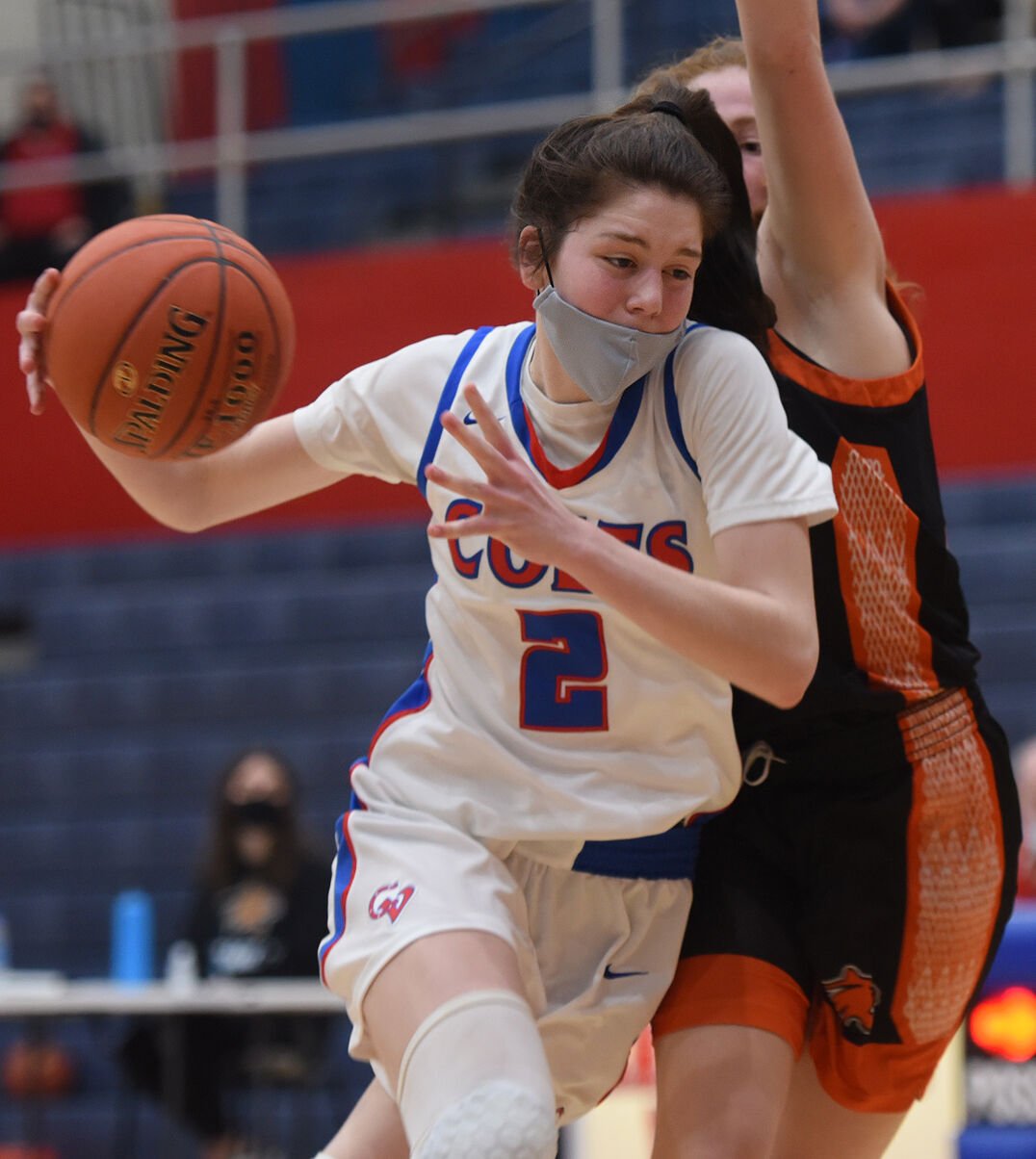 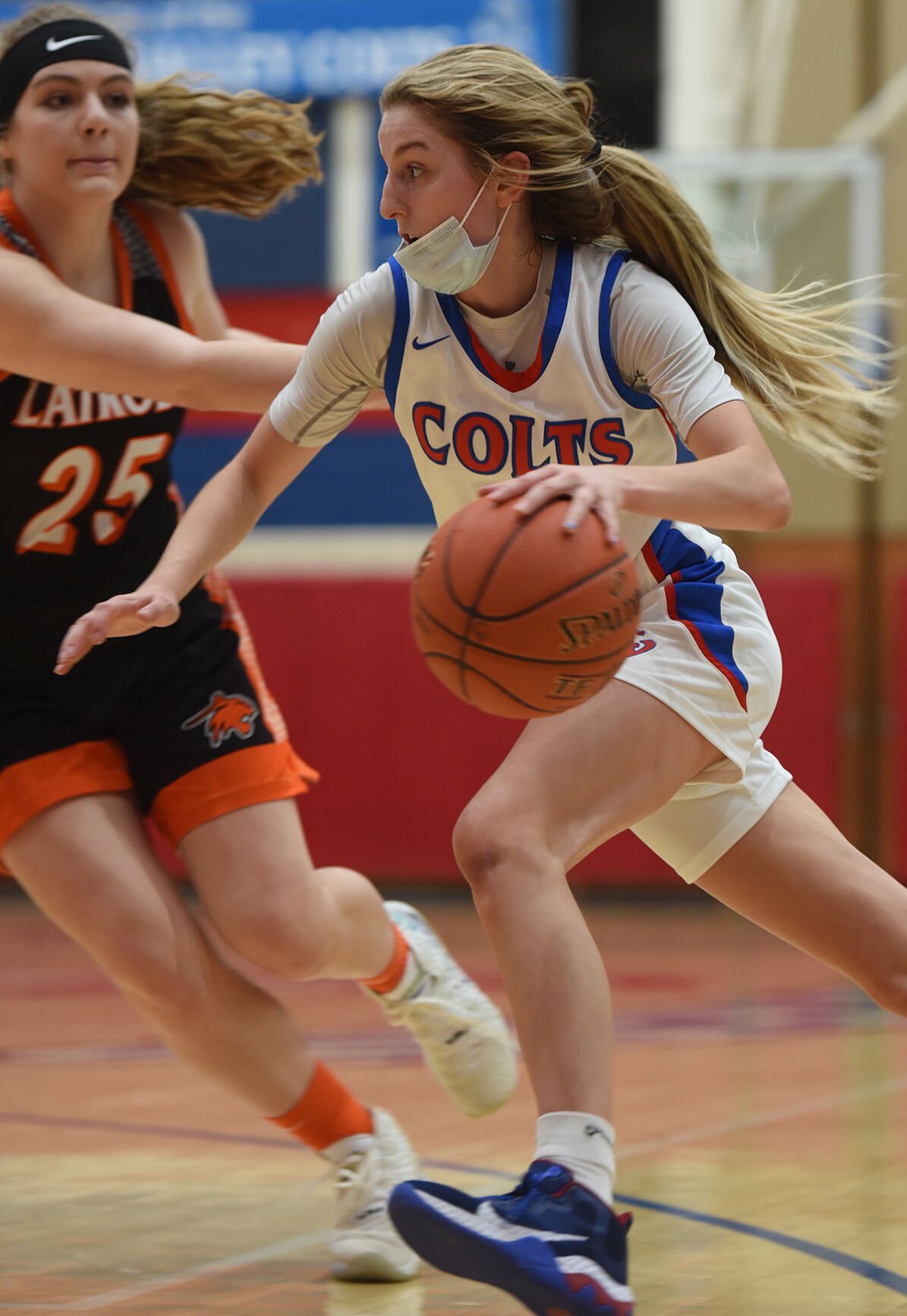 Chartiers Valley' Helene Cowan led the Colts in assists with 3.2 and steals with 2.8 per game.

Chartiers Valley's Perri Page rises up to the basket for a shot during a WPIAL Class 5A semifinal game.

Chartiers Valley' Helene Cowan led the Colts in assists with 3.2 and steals with 2.8 per game.

Winning is a habit at Chartiers Valley High School, particularly when it comes to basketball games that advance the Colts to championship competition.

The CV girls basketball team (22-3) defeated Greater Latrobe 59-43 March 11 to advance to its fourth WPIAL final in five years. The Colts have three championship rings, two from back-to-back titles in 2019 and 2020.

This year, the CV girls will battle Trinity for the Class 5A banner at 8 p.m. March 13 at the AHN arena in Peters Township High School. The Hillers, who lost to CV in last year’s final, defeated Woodland Hills 74-53 to reach the title tilt.

CV’s Aislin Malcolm scored 20 points against Latrobe. She buried three of her four 3-point field goals in the first quarter to stake the Colts to a 17-1 lead against Latrobe.

Hallie Cowan picked up the scoring mantle. She drained three treys in the second quarter to expand CV’s advantage, 34-14. Cowan finished with 19 points.

Perri Page dominated the inside attack. She pumped in 17 points and cleared 17 boards.

CV set a state record earlier this season for victories, but Trinity (21-1) snapped that 64-game winning streak with a 49-42 victory.

As part of a new eight-game winning streak, the Colts dispatched McKeesport 65-47 in their quarterfinal playoff game.

Page led the attack. She scored 20 points and hauled in 12 rebounds. Fourteen of her tallies occurred in the first half as CV constructed a 40-23 advantage.

Malcolm scored 19 points, nine in the second half.

Meanwhile, the CV boys headed to the WPIAL championship for the 12th time in program history. The Colts have claimed five district titles.

The Colts advanced to the Class 5A final with a 63-55 victory against Mars to face a familiar foe. New Castle defeated Laurel Highlands 69-60 to set up the rubber match between the ‘Canes and the Colts.

During Section 2 play, the two teams split decisions. After losing at home to the Canes 73-45, the Colts traveled to New Castle and won, 77-59.

The WPIAL Class 5A final was set for 8 p.m. March 13 at North Allegheny.

In the semifinal clash against the Planets, Braedyn Reynolds fired in 26 points while Garrett Alauzen followed with 16.

The Colts reached the final four by dispatching Gateway, 53-47.