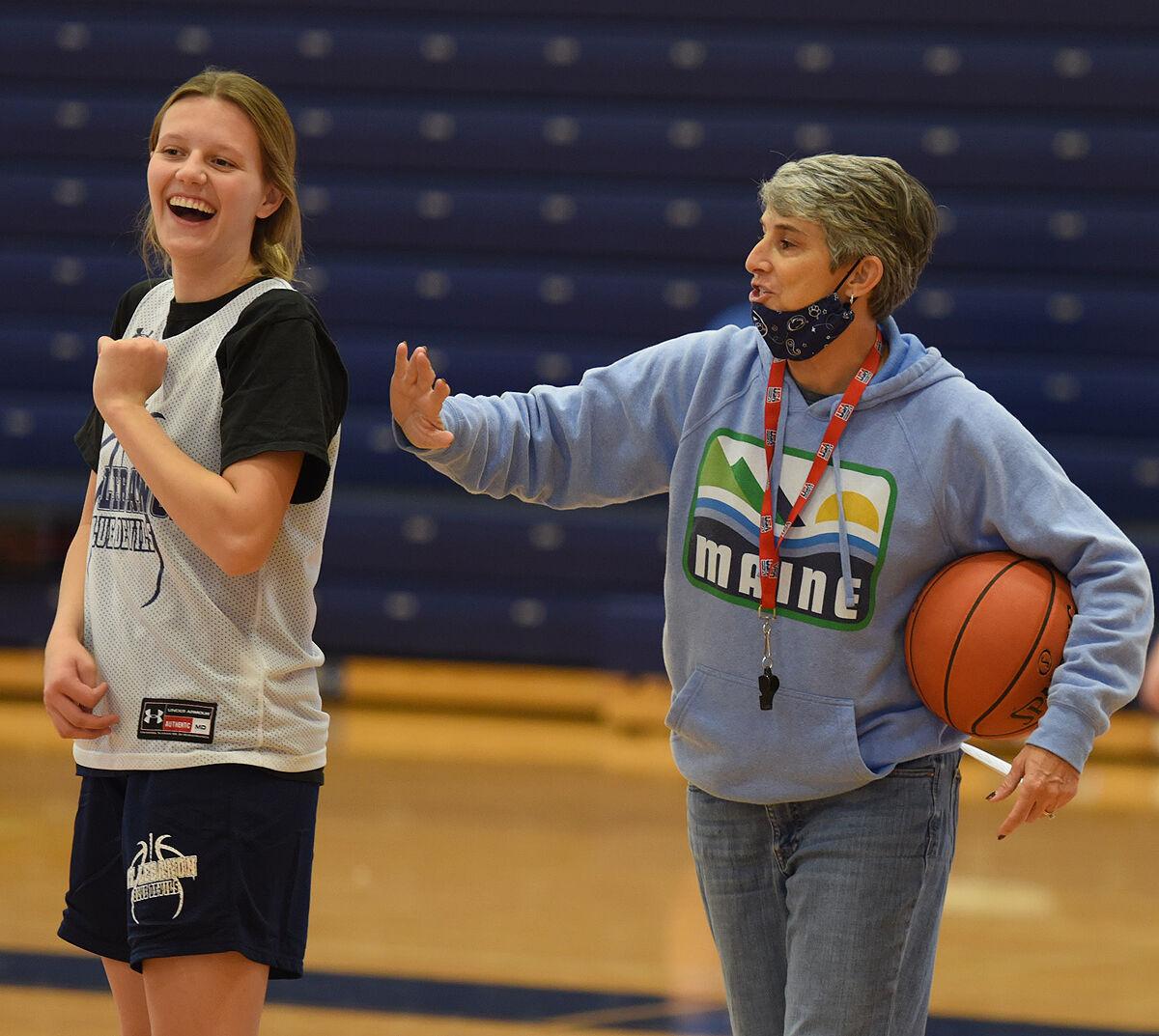 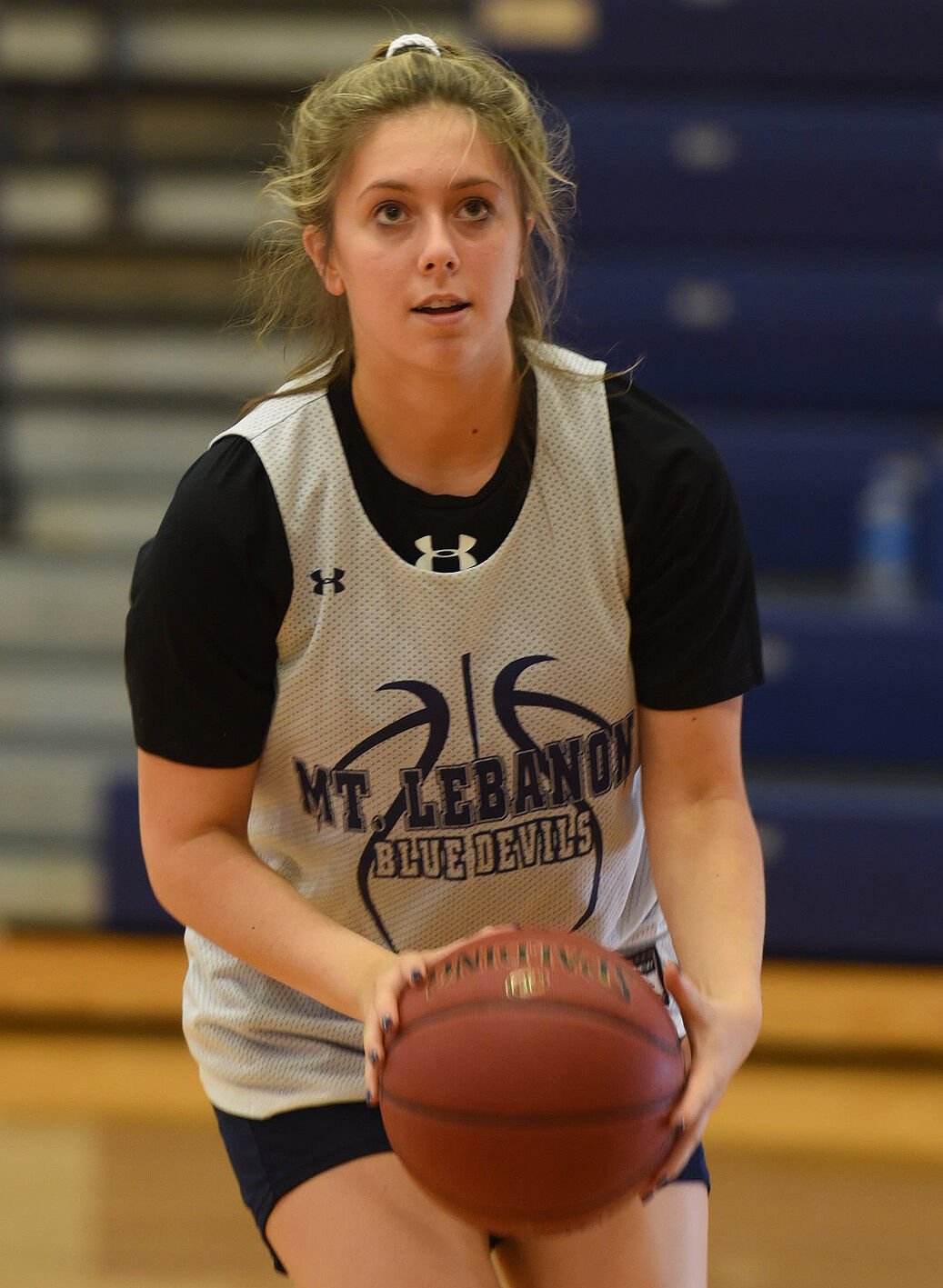 Ragan Murdoch keeps her eye on the basket as she concentrates on her shot during a Mt. Lebanon girls basketball practice. An American University lacrosse recruit, Murdoch is one of four returning starters for the Blue Devils. 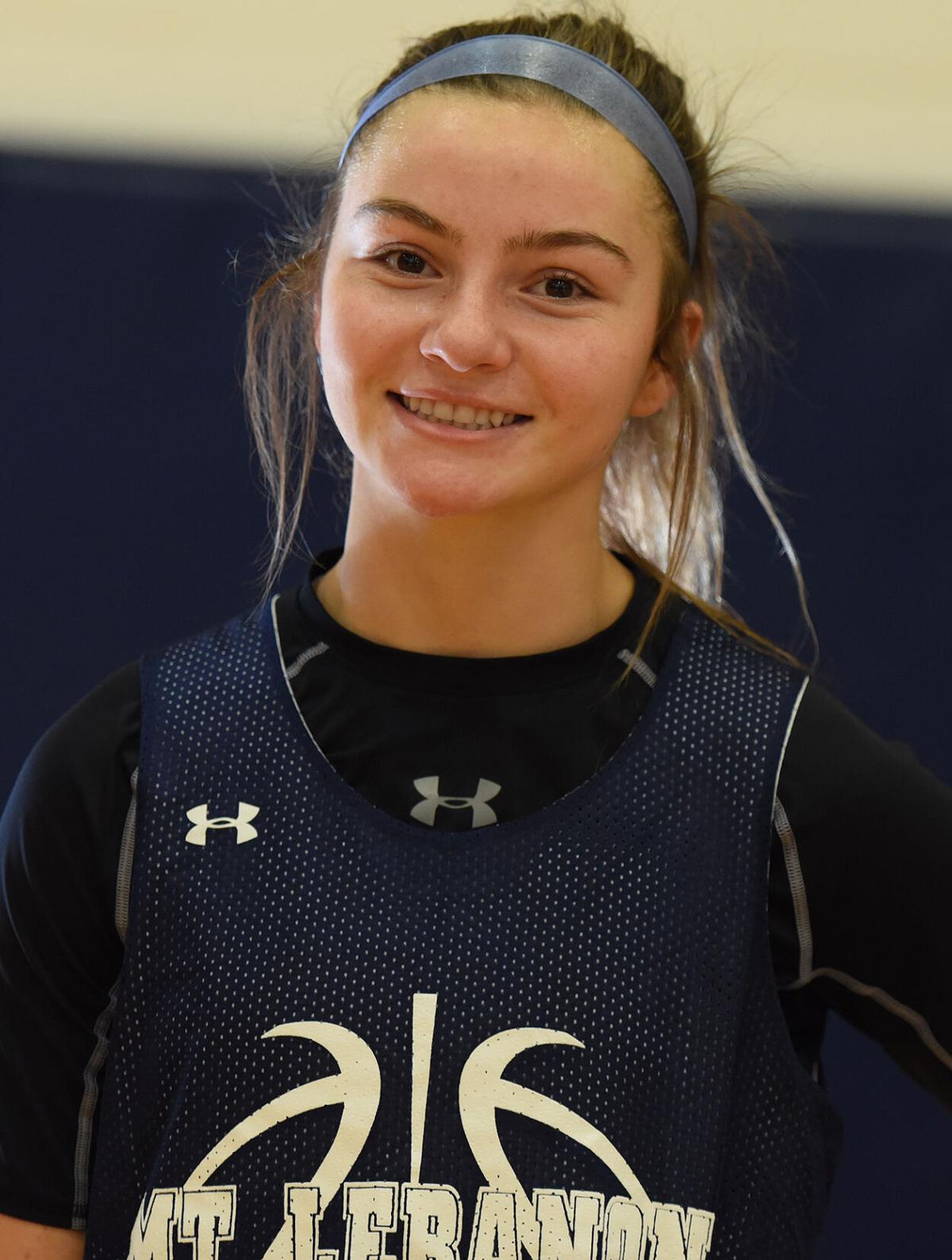 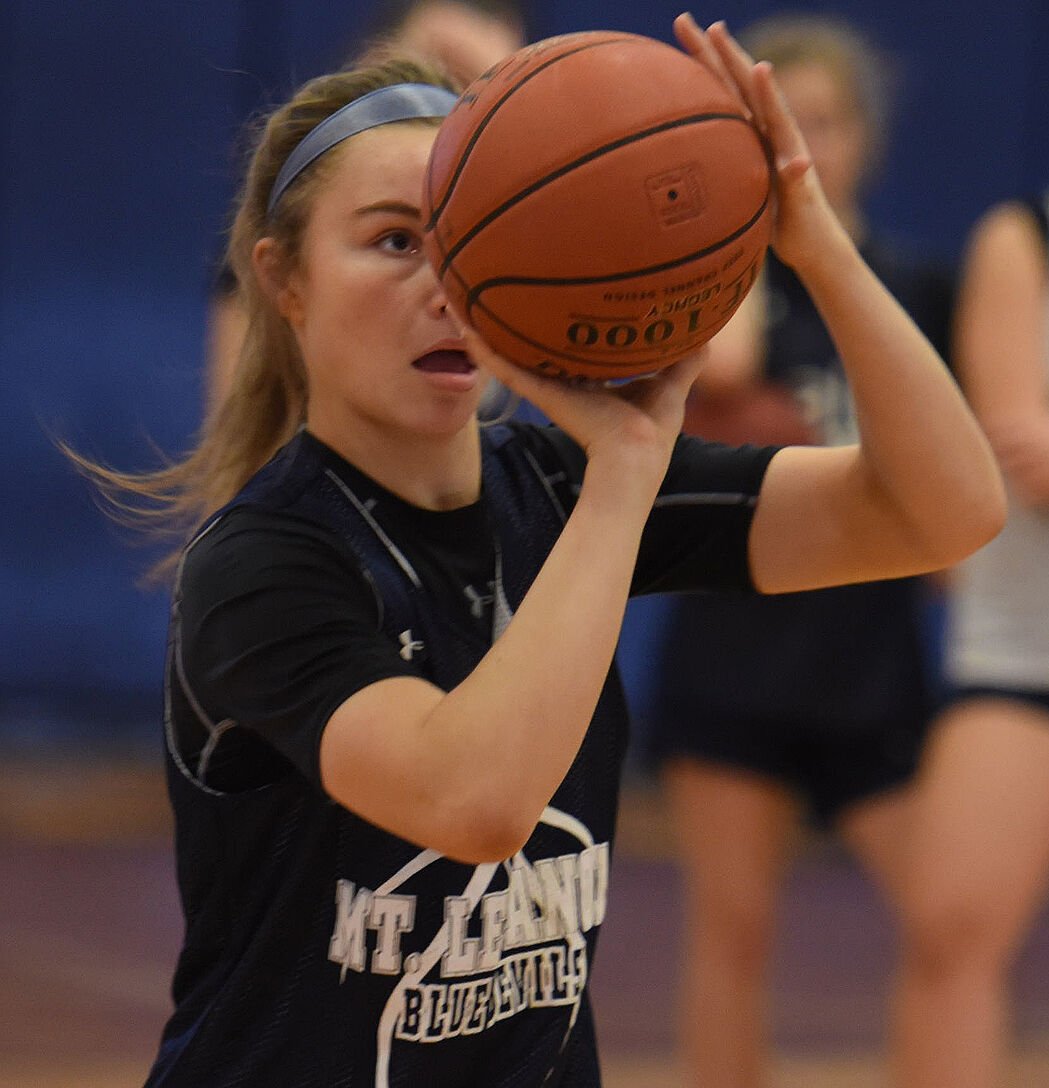 Ashleigh Connor squares up for the shot during a Mt. Lebanon basketball practice. A St. Louis University recruit, she returns as the team's leading scorer with a 21-point average.

Ragan Murdoch keeps her eye on the basket as she concentrates on her shot during a Mt. Lebanon girls basketball practice. An American University lacrosse recruit, Murdoch is one of four returning starters for the Blue Devils.

Ashleigh Connor squares up for the shot during a Mt. Lebanon basketball practice. A St. Louis University recruit, she returns as the team's leading scorer with a 21-point average.

Dori Oldaker expects a day at Kennywood when her Mt. Lebanon girls basketball team takes to the court.

“Basketball and life is a roller coaster,” the Blue Devils head coach said. “There are going to be a lot of ups and downs. So put your hands up in the air, hold on tight and enjoy the ride.”

This winter, the ride could feature more highs than lows as the Blue Devils return four starters from a team that finished 17-4 overall after losing to North Allegheny in the Class 6A semifinals. Lebo also tied rival Upper St. Clair for first place in Section 2 with a 6-0 record.

Ashleigh Connor leads the charge. A St. Louis recruit, she ranked among the WPIAL scoring leaders last year with a 21-point average. She also managed 6.2 rebounds per game.

Seniors Brooke Collins and Reagan Murdoch, as well as junior Anna Streiff, all return to the starting line up. Collins has committed to play at Middlebury in Vermont while Murdoch is a lacrosse recruit for American University.

Morgan Palmer is the lone starter to have graduated from a season ago.

“We have a lot of depth to fill the vacancies from last season,” said Oldaker. “Our whole junior and sophomore classes, plus maybe some freshmen, will step up. Our practices have been super competitive.”

Gina Smith is emerging as one of the team’s top replacements. A junior guard, she is the sister of Patrice Smith, who played for the Blue Devils before becoming a member of Columbia University’s track and field team.

Tori Pettko also should contribute. She is a junior forward.

“Our team strengths are we have a lot of depth and we will play as a team. We care about each other,” Oldaker said.

In addition to improving their outside shooting percentage, the Blue Devils’ primary concerns are to get better every possession, drill, practice and quarter they play each game.

“Trust the process,” Oldaker said. “When the players are coachable, really good things happen. Lucky for us, we have coachable kids.”

Oldaker’s coaching staff consists of three former Division I players in Jaclyn (Babe) Delsardo, Alex (Gensler) Bellovich and Madison Cable. Babe and Cable played for Oldaker at Lebo while Gensler is an Upper St. Clair product that competed at Duquesne University. Cable was a standout at Notre Dame while Babe played two seasons at Duquesne before transferring to Central Connecticut.

“They all bring a plethora of coaching knowledge and experience,” Oldaker said.

The Blue Devils anticipate Upper St. Clair, Bethel Park and Peters Township to present their stiffest competition in the section. The Panthers were WPIAL finalists last season and the Indians won a PIAA title three years ago.

“There are no nights off in this division,” Oldaker said.

The Blue Devils open the season with home games at 7:30 p.m. Dec. 13 against Altoona and Dec. 18 against Norwin. Section action starts at home with Canon-McMillan Dec. 20.

Three of Dori Oldaker's proteges are currently competing in college.

Kate Sramac is a fifth-year grad student at The College of William & Mary. She played three seasons at Cornell and earned a degree in degree in Agriculture and Life Sciences. Since the Ivy League did not play last winter, Sramac transferred to Williamsburg for her final year of eligibility.

Kenzie Bushee is also a fifth-year competing at Stonybrook. Named America East Sixth Player of Year last season, she set a career high with four steals in a 63-52 win against Hofstra and matched a career high for points with 14.

Jamie Napoleon plays at Towson State University. A 6-0 junior forward, she transferred from Central Connecticut State, where she started 17 of 18 games her sophomore year.

Napoleon led the Northeast Conference with 42 blocks. She also shot 48.6 percent from the field in addition to scoring 4.4 points per game and averaging 6.9 rebounds.