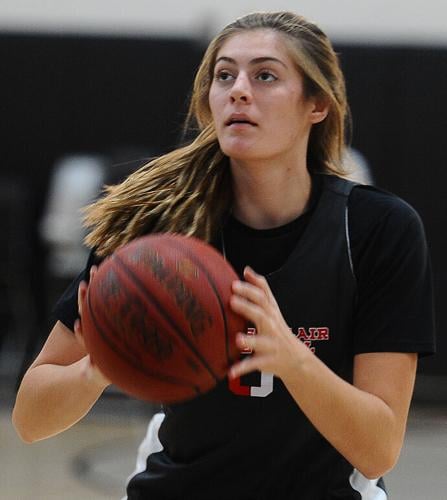 Kate Robbins led Upper St. Clair in scoring and rebounding with 13.8 points and 8.5 rebounds per game last season. The Marist College recruit is expected to be one of the top performers in the league this winter. 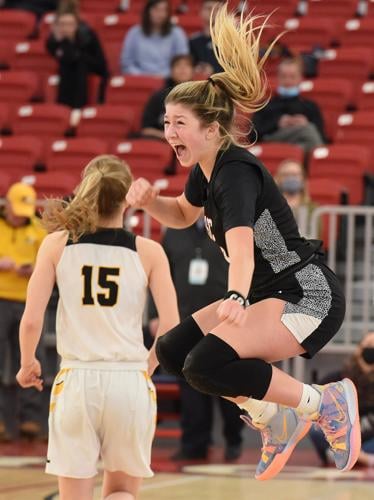 Rylee Kalocay adds excitement to the Upper St. Clair line-up this season. As a freshman reserve last year, she averaged 12.7 points per game for the Lady Panthers, who reached the WPIAL finals for the second time in a row.

Kate Robbins led Upper St. Clair in scoring and rebounding with 13.8 points and 8.5 rebounds per game last season. The Marist College recruit is expected to be one of the top performers in the league this winter.

Rylee Kalocay adds excitement to the Upper St. Clair line-up this season. As a freshman reserve last year, she averaged 12.7 points per game for the Lady Panthers, who reached the WPIAL finals for the second time in a row.

After two consecutive trips to the WPIAL finals, Upper St. Clair knows there is no room for complacency this basketball season. Even with four returning starters and a sensational sophomore to fill the fifth spot in the lineup, the Lady Panthers anticipate roadblocks ahead.

“Over the years, I’ve learned that you can never get comfortable,” said USC floor boss Pete Serio. “Things happen during a season and you have to be able to adapt. Whether it’s injuries or foul trouble, your players need to be prepared to step in and produce and we, as coaches, need to make sure they are ready and confident.

In fact, the Lady Panthers were 20-6 last year. They lost to arch rival Mt. Lebanon, 55-44, in the WPIAL Class 6A championship game played March 4 at the Petersen Events Center. In 2020, they lost to North Allegheny, 70-36, in the WPIAL final. In both seasons, USC competed in the PIAA tournament.

While Brown (12.6 ppg.) is out with an injury until January, action this season will center around Robbins, Prunzik and Dellicarri as well as Rylee Kalocay. The sophomore averaged 12.7 points per game last year in a reserve role.

A Marist College commit, Robbins averaged 13.8 points and 8 rebounds per game. She is a four-year stater at center.

Junior Kate Moore, who sparked the team last year off the bench, is expected to make an impact as a top reserve. Sophomores Meredity Huzjak and Olivia Terlecki as well as freshman Ryan Prunzik will also influence the action.

“Our team strengths are experience and depth,” Serio said. “I believe we can go nine or 10 deep if we need to.” Serio added quickly though, “We need to be consistent on both ends of the floor. We have been focusing on improving our defense and using that to create some offense.”

In a league that features rivals such as Lebo, Bethel Park and Peters Township not to mention Baldwin, Canon-McMillan and Chartiers Valley, which is up from Class 5A after dominating with four trips to the WPIAL finals and three state championship appearances, the Lady Panthers must also bring its A game each evening.

“Our section has always been tough and every game is a battle,” Serio said. “We won’t take anyone lightly. Our goals need to continue to be ‘take one game at a time’ and play consistently. We need to execute game plans, play together and play for each other.”