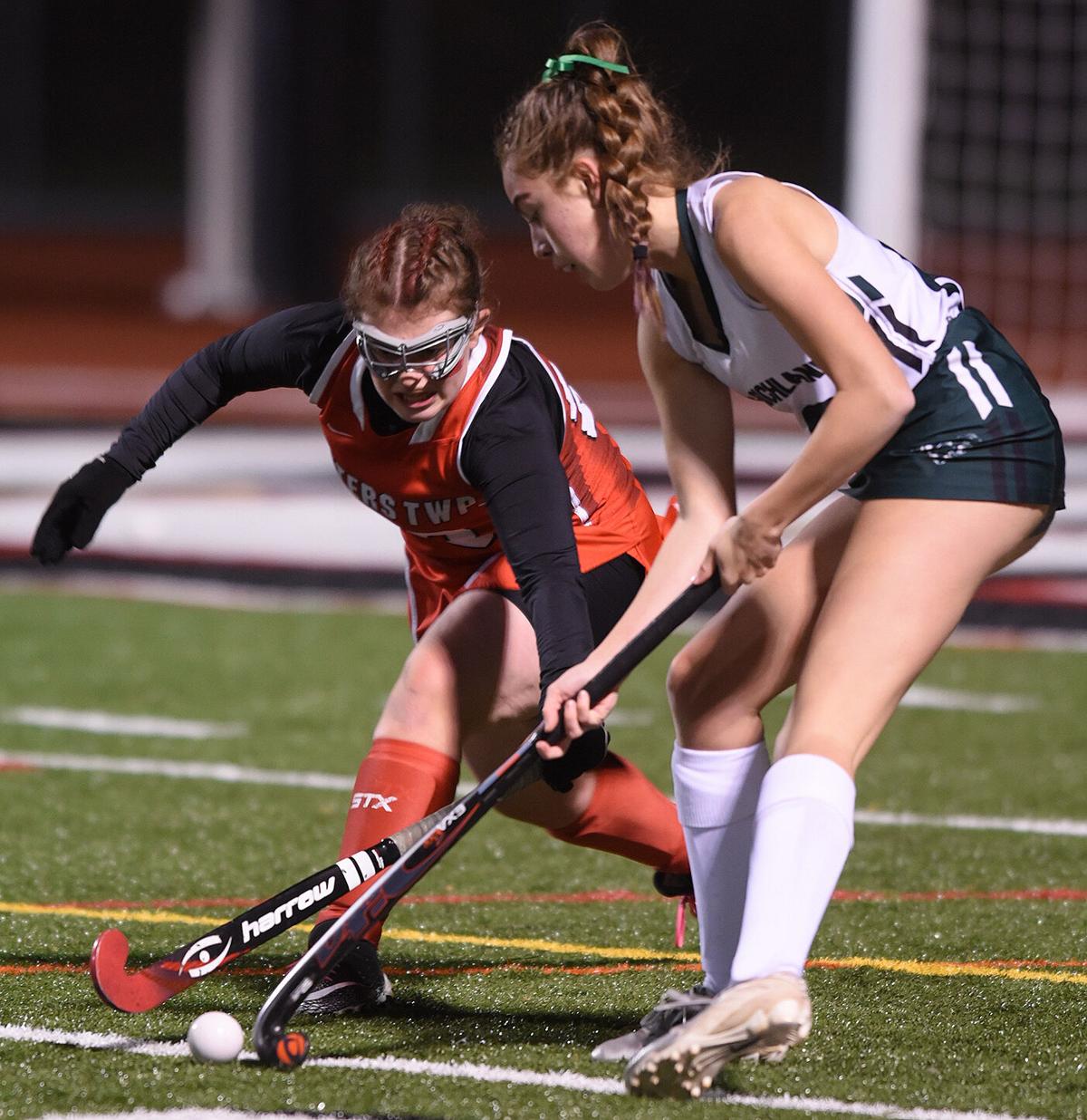 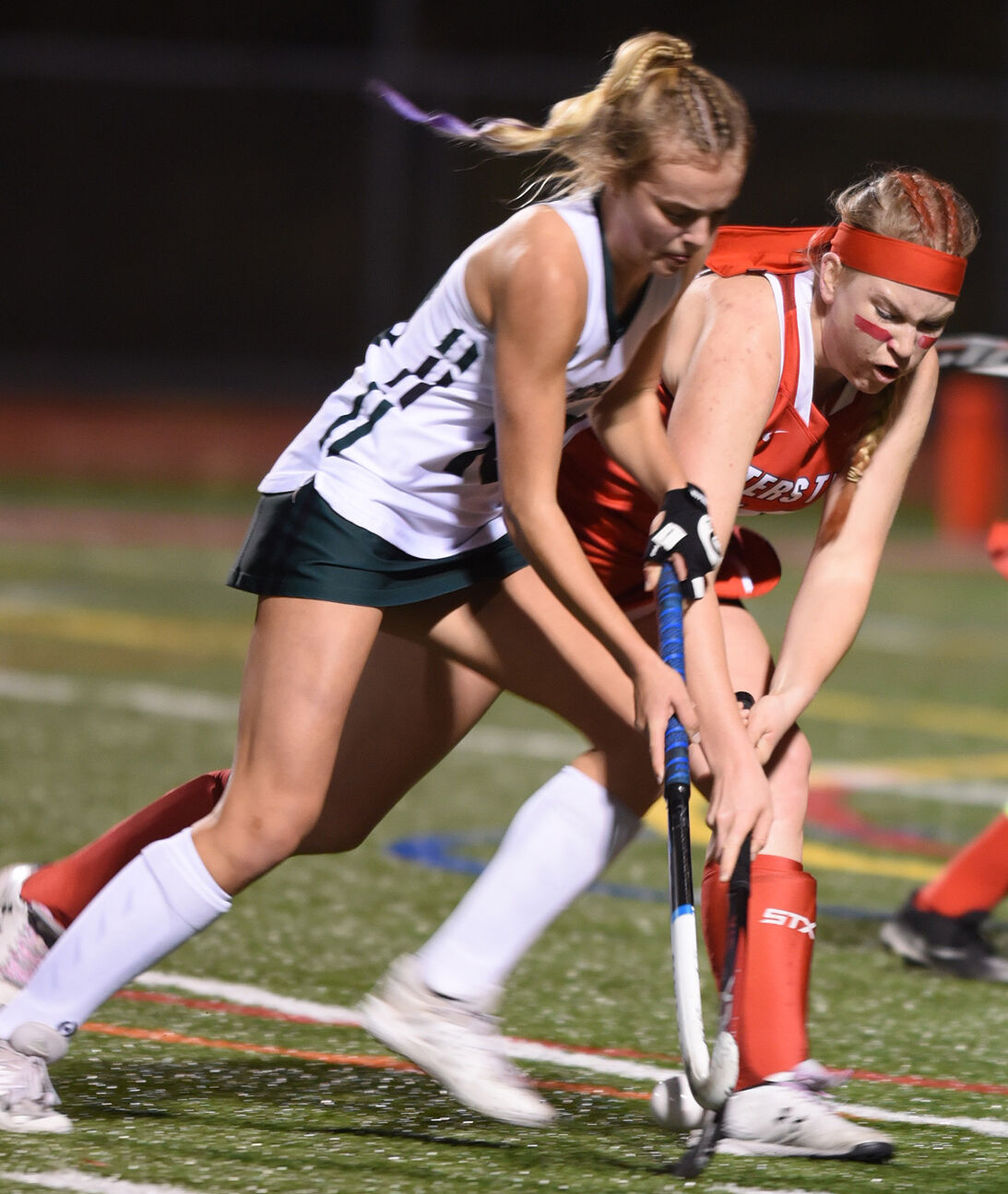 FOX CHAPEL – For the third time this season, Pine-Richland and Peters Township tangled in field hockey and the results remained the same.

Pine-Richland recorded another shutout and defeated the Indians 3-0 to capture its third WPIAL championship in four years. Pine-Richland (14-0) won the Class 3A crown in 2019 and 2017. The Indians claimed the banner in 2018.

During the regular season, the Rams blanked Peters, 5-0 and 4-0. So despite boasting two Division I recruits on offense in Rylie Wollerton (Louisville) and Ella Rottinghaus (Boston), P-R coach Donna Stephenson acknowledged defense determined the championship.

Goalkeeper Sadie Baratka earned the shutout in the nets while Danielle Deer, Laura Krill and Natalie Loftus anchored the starting unit along with key reserves Edie Lapinski and Khushi Saini.

“We have an awesome goalie and we have great leadership in the backfield,” Stephenson said. “They work really well together. We had some big step ups with block tackles and getting the ball out and sending it up field to Elaina (Camino) so she can start distributing.”

The Rams took only 47 seconds to settle into their attack. Riley Kirby scored off an assist from Fiona Kortyna.

Stephenson said getting on the scoreboard quickly was huge and something the Rams looked forward to doing so as to “gain momentum” and establish “intensity” because the Indians would maintain a similar level throughout the contest.

“Peters is a good team,” she noted. “They did not roll over and fall back. They were still trying to knock on the door just to get at least one (goal) in that fourth quarter.

P-R proved unbeatable when Wollerton scored the second tally 1:47 into the second half. Kirby earned an assist.

With 3:40 remaining, Kortyna completed the scoring.

Despite the defeat, coach Melanie Cocco noted she was proud of the Indians. She noted the team’s strategy was to play a defensive game. PT’s backfield, which consisted of Sarah Rubican in goal as well as Anabelle Rose, Adrianna Costanza, Emma Devine and Ella Trapicana excelled against P-R’s firepower.

“They’re very strong offensively,” she said. “Obviously, our goal was to score but we are more a defensive team this year. That’s our strong suit. Not many people score against them. Our girls had opportunities. We just could not sneak one past.”

With the win, the Rams advanced to the PIAA tournament. The Indians ended their season at 8-3-1 overall.

“It’s difficult to end your season on a loss but P-R is a great team,” said Cocco. “We are lucky to have them as competition.”

“I’m proud of my girls though. How they played and how they finished strong. My team is one of the few that really works together. They don’t yell at each other and don’t break down on each other.”