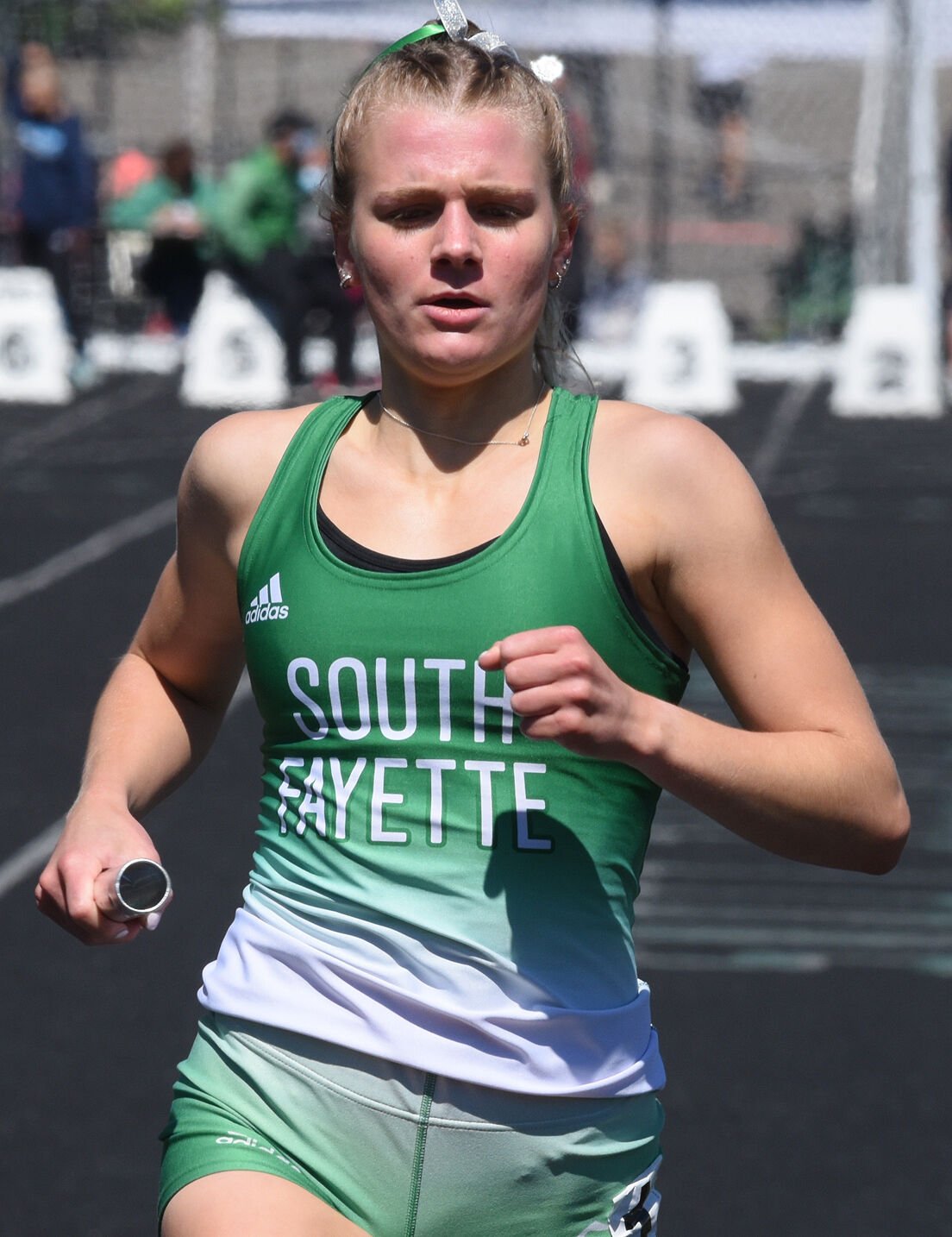 Emma Fleck is a normal part of South Fayette’s 4x800 relay but she competed in the 800-meter race at the Baldwin Invitational. 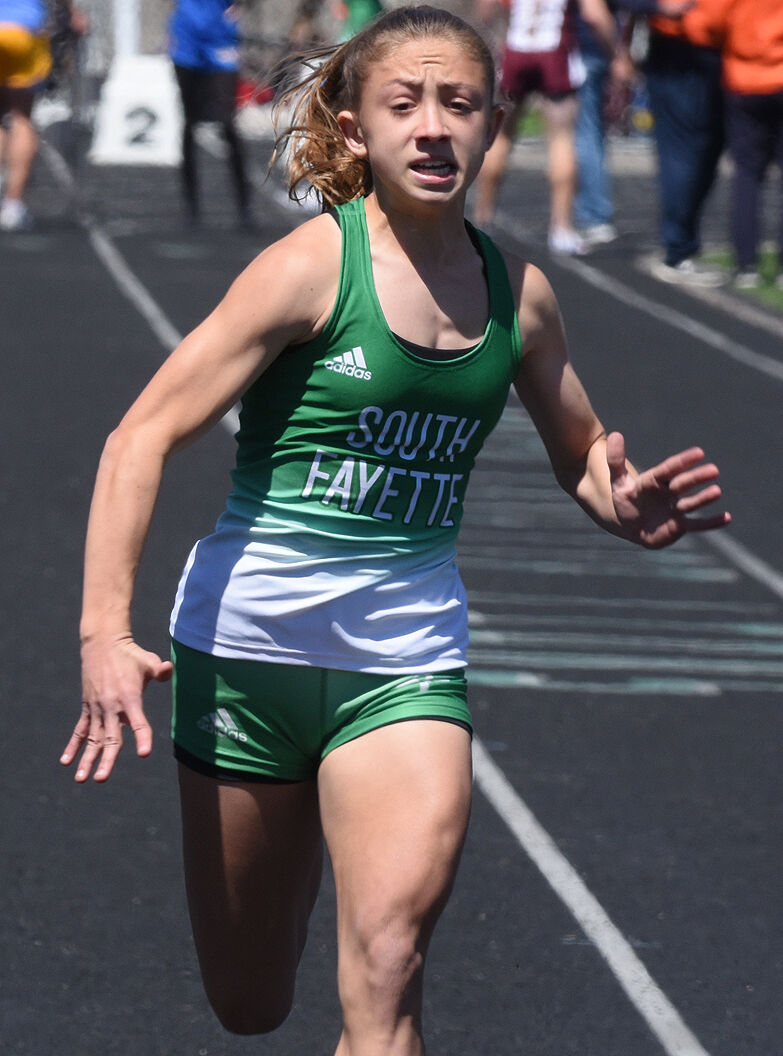 South Fayette’s Olivia Renk is one of the top sprinters in the WPIAL.

Emma Fleck is a normal part of South Fayette’s 4x800 relay but she competed in the 800-meter race at the Baldwin Invitational.

South Fayette’s Olivia Renk is one of the top sprinters in the WPIAL.

The South Fayette girls track team, competing with a limited amount of entrants, weathered the elements to finish as runner-up at the Baldwin Invitational.

“I was a little surprised by our team standing because we didn’t run a full line-up as we normally do. We had a few girls missing,” said SF coach Scott Litwinovich. “I also thought the girls had a great day considering the conditions.”

The Lions did not run the 4x400 relay. They also gave Emma Fleck and Baylee Carpenter a break from the 4x800 relay to allow them the opportunity to run their open 800-meter races “fresh, Litwinovich said.

“It was great to see Melana PR in such tough conditions,” Litwinovich said. “Grace was competing in a major event for the first time this year and also did well. Erica has been a huge surprise for us and for her to place sixth as a sophomore in the javelin is really promising for her. I have been really proud of her for taking on the challenge of becoming a thrower for us and excelling at it.”

Amy Allen excelled in her tune-up for the WPIAL championships to be held May 19 at Slippery Rock University. She won the 400-meter dash in 57.29 and came right back to anchor the 4x100 relay team of Dea Monz, Schumaker and Olivia Renk to victory in 49.45.

Allen followed up those first-place finishes with a silver-medal showing in the 300 hurdles.

“Our plan was to see how Amy could handle those back-to-back events,” Litwinovich said. “We know that she can be a top one or two in the 400 and 300 hurdles so we want her to get a fee of how that might affect her.

“She is obviously a key to our 4x100 team. She’s committed to running that in the postseason. She has a great problem that she has to figure out. We will make our recommendations, but ultimately it is her decision.”

Hayden Litwinovich took third in the 100 hurdles with a 15.32 mark, .24 off the winning pace set by West Mifflin’s Dontae Lewis. Litwinovich also placed fifth in the pole vault.

Other top individual medalists at the Baldwin Invitational included: