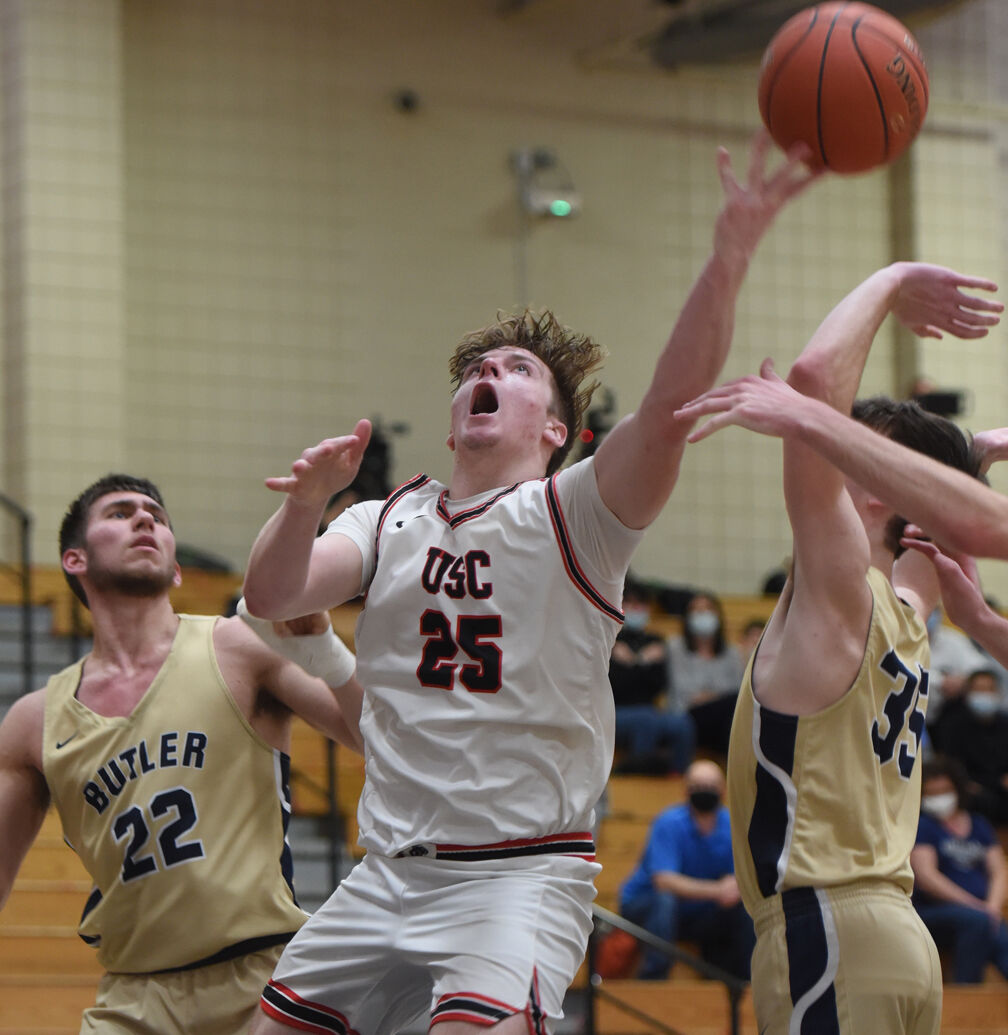 Upper St. Clair's Luke Banbury splits Butler defenders on his way to the basket during the WPIAL Class 6A boys semifinal game. 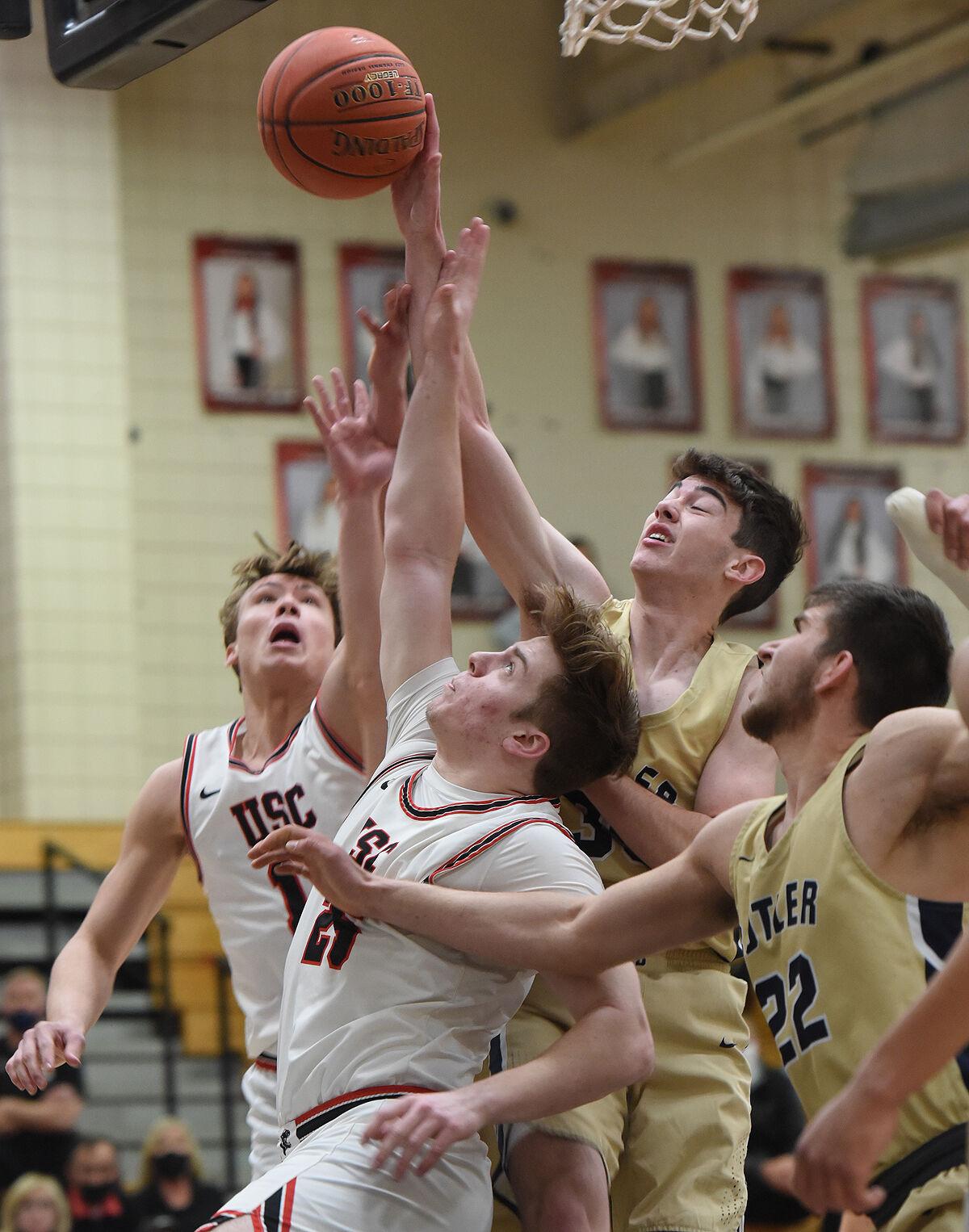 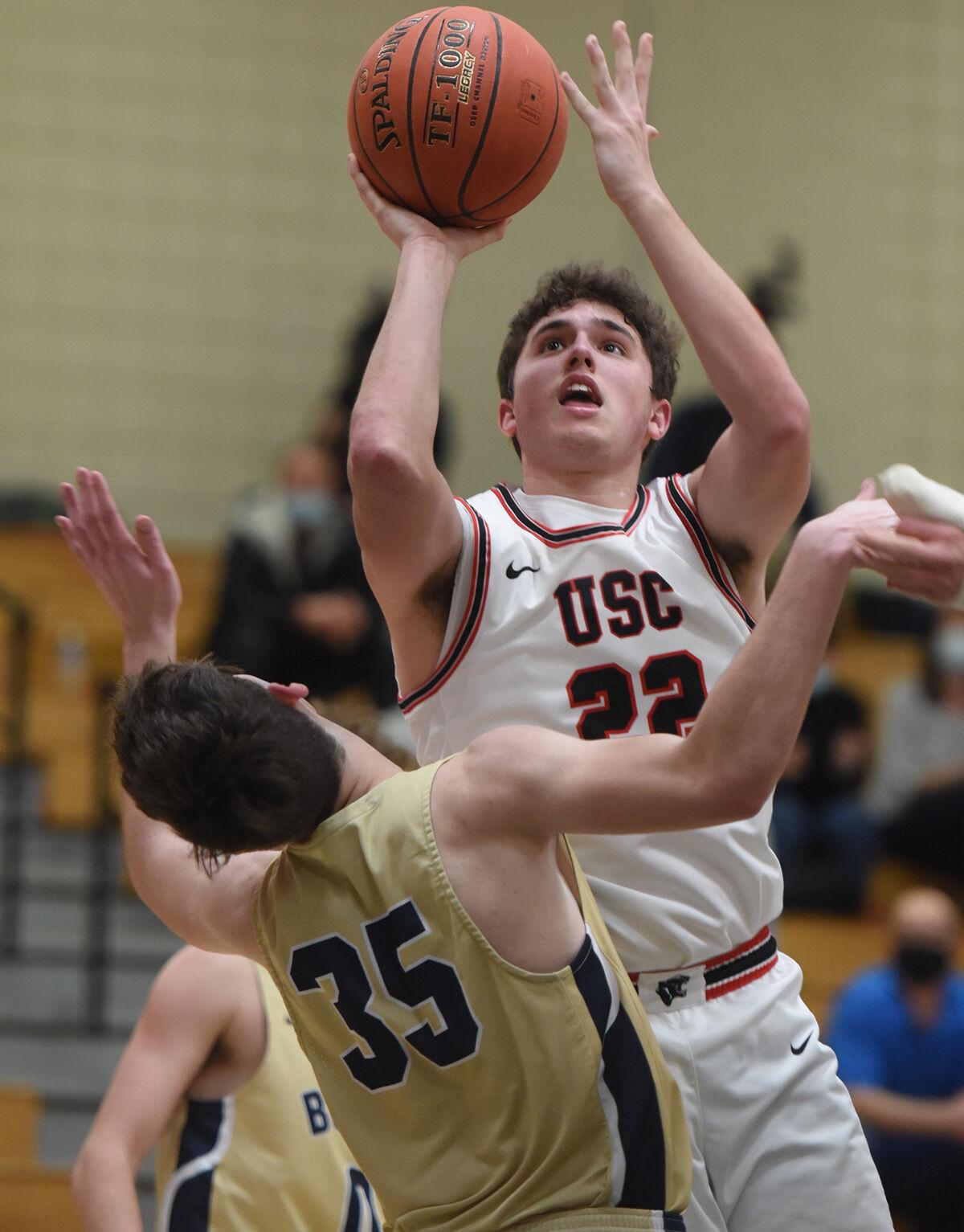 Upper St. Clair's Luke Gensler puts up a shot over a Butler defender during a WPIAL Class 6A boys semifinal basketball game.

Upper St. Clair's Luke Banbury splits Butler defenders on his way to the basket during the WPIAL Class 6A boys semifinal game.

Upper St. Clair's Luke Gensler puts up a shot over a Butler defender during a WPIAL Class 6A boys semifinal basketball game.

Dallas Cowboys’ linebacker Sean Lee led the Panthers to the Quad-A title in 2005.

Banbury poured in 17 points to lead Upper St. Clair to a 70-62 victory over Butler and into this year’s Class 6A championship game. He scored a career-high 30 points during a 72-20 quarterfinal win against Seneca Valley, putting the Panthers in position to secure their third WPIAL basketball title in school history.

USC is scheduled to face Pine-Richland for the championship March 12 at Peters Township High School.

“(Luke) is a miniature Sean Lee because he’s a linebacker,” Holzer said. “He can shoot it. He can drive it and he rebounds like crazy. He has all those things that Sean does. He brings multiple scoring to our team inside and out and off dribble. His toughness on defense is second to none.”

His desire rivals few as well.

Banbury was USC’s fifth starter last season but because of the PIAA transfer rule, he was forced to sit out of the playoffs. In 2020, the Panthers advanced to the WPIAL semifinals and PIAA quarterfinals only to fall twice to Butler.

Though he has been a lifelong USC resident, Banbury attended Seton LaSalle during his early high school years.

“Last year he was sitting on the bench,” said Holzer. “Luke’s making up for that now.”

Banbury, who supplied 20 points in USC’s 54-39 tournament-opening victory against Canon-McMillan, is extremely motivated this postseason.

“Definitely, I don’t want it to end,” Banbury said. “This is my last go-around with basketball so I am trying to take advantage of every game I have.”

At 6-2, 225 pounds, Banbury is a linebacker bound for Cornell University after high school commencement.

For now, however, he provides a strong presence for the Panthers. He was the key to busting Butler’s 1-3-1 zone defense, Holzer said.

“He’s the middle guy and so crucial to what we were able to do,” the coach said. “Luke can shoot the 15-footer or pop out there to the 3-point line and he can drive. So they have to make a decision.”

Banbury, however, has few options when it comes to his objectives regarding his teammates and his responsibilities.

“I am the big man technically and I do feel pressure at times but I have guys like Ethan (Dahlem) and David (Pantelis),” he said. “Actually, all my teammates still get rebounds and stuff. It’s all about getting rebounds and playing good D.

Butler cashed in on nine 3-point shots. Matt Clement tossed in 28 points and Devin Carney followed with 21, but that was nine below his 30.5 average. Both Clement and Carney each scored 12 points off four, 3-point field goals.

The Golden Tornado opened up a 23-17 lead before USC rallied. The Panthers embarked on a 14-2 run to charge ahead 38-29 by intermission. John Sukernek ignited the uprising with a 3-pointer from the corner with 3:45 to play in the second quarter.

The second half belonged to Banbury as he overcame early foul trouble to rack up all but four of his 17 points in the final 16 minutes. He also finished with 14 rebounds.

Luke Gensler led the Panthers with 23 points. His 3-pointer to start the fourth quarter gave the Panthers a 54-45 cushion before Butler rallied. The Golden Tornado could draw no closer than 58-54 after David Leslie’s trey.

In addition to Banbury’s 30 points against Seneca Valley, Pantelis was in double figures with 17.

“I’m really happy for our whole team but specifically for our five seniors,” Holzer said. “They all have had different paths to get here and they all worked so hard. We were so close last year.”

In 26 seasons at the helm, Holzer’s teams have made the final four six times.