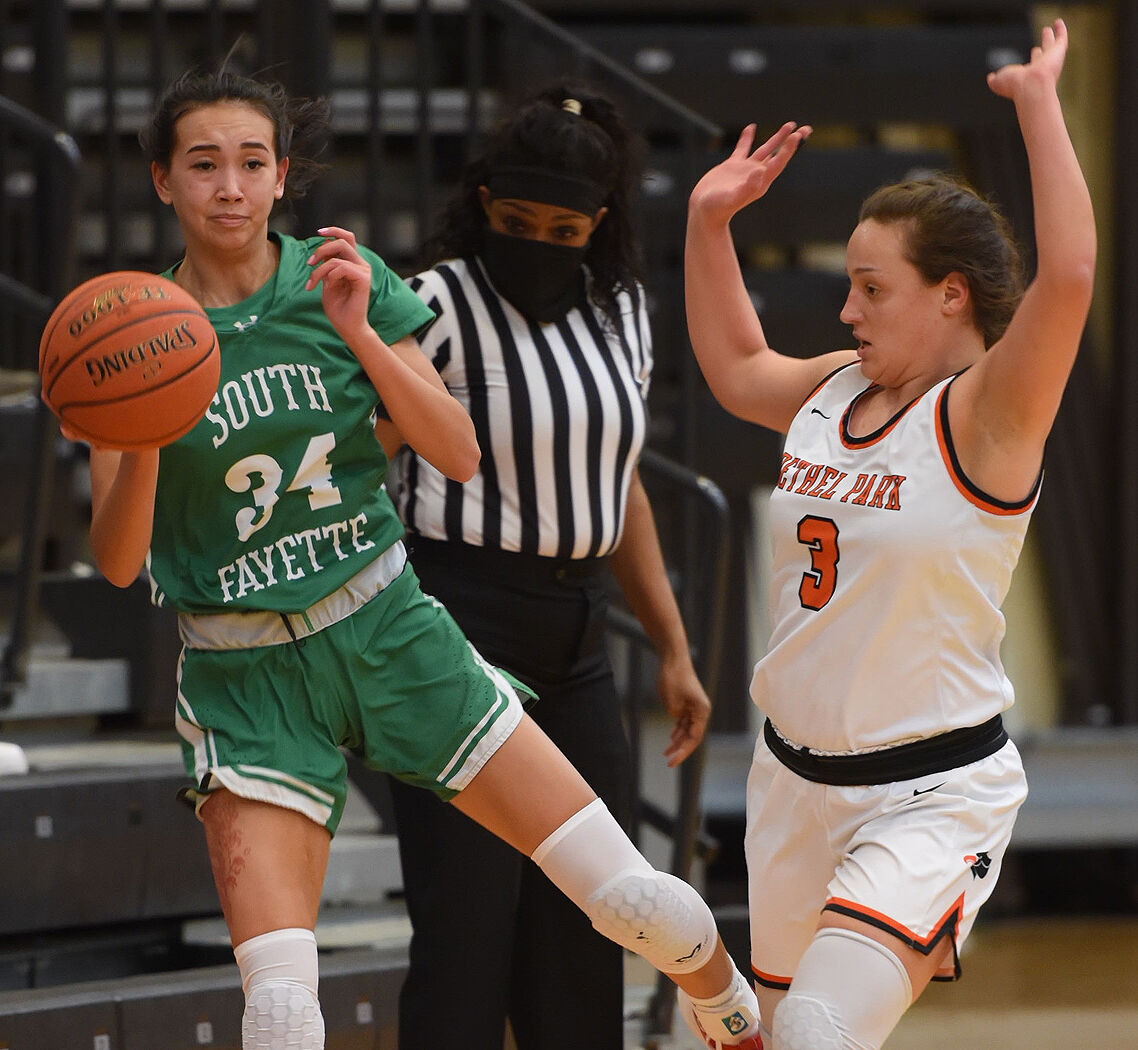 South Fayette’s Maddie Webber saves the ball from going out of bounds while being defended by Bethel Park’s Emma Dziezgowski during tournament action. 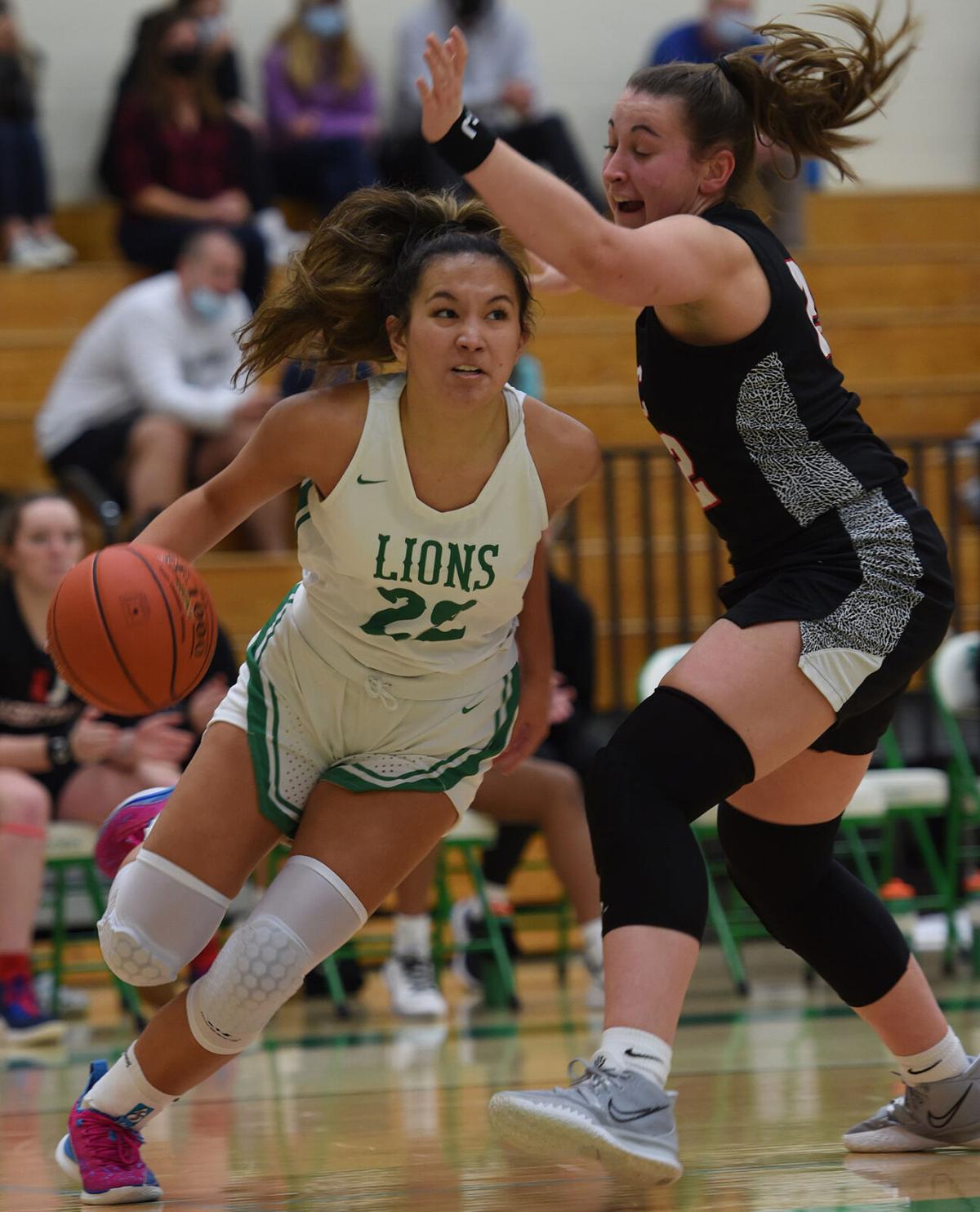 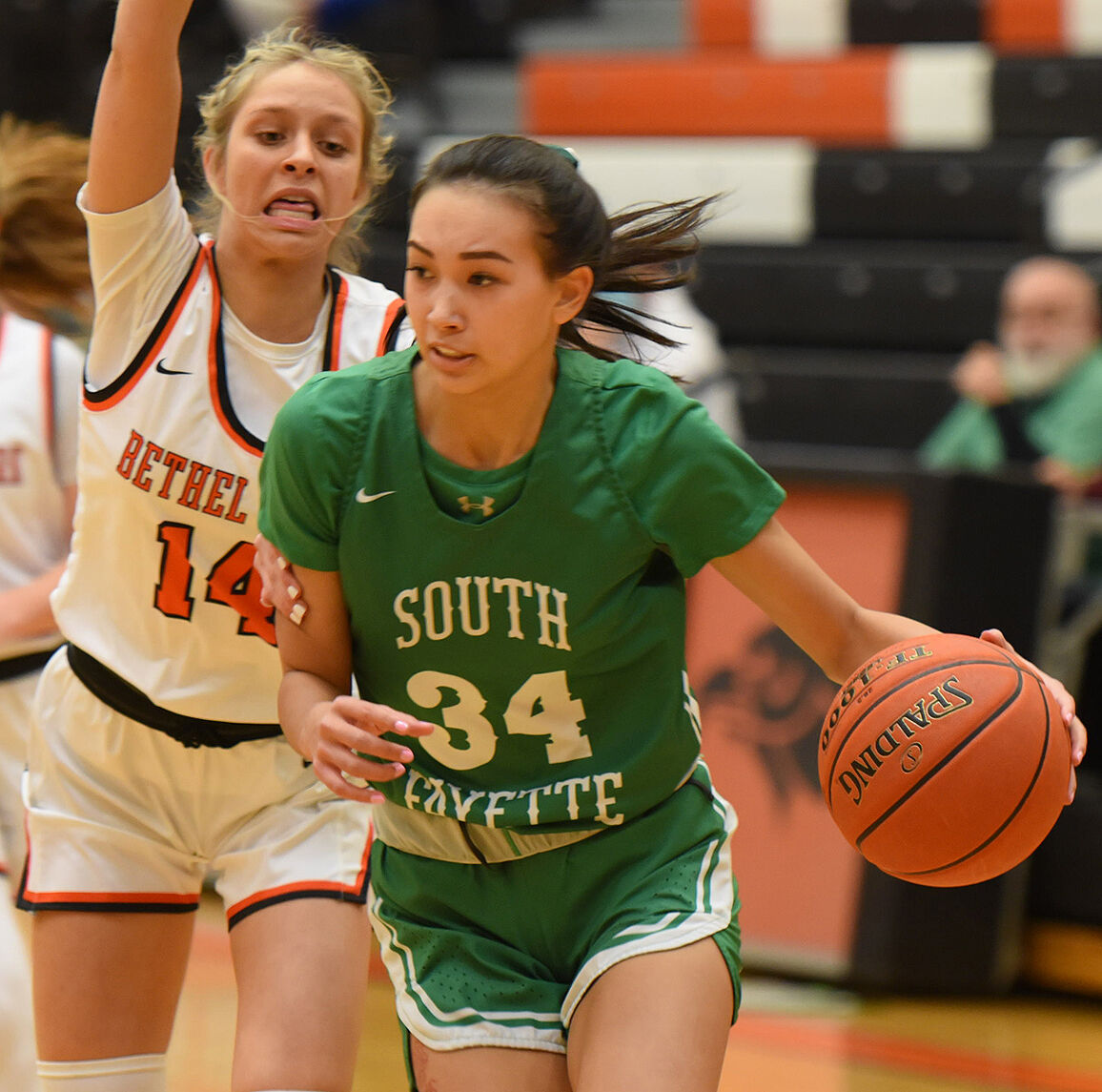 South Fayette’s Maddie Webber saves the ball from going out of bounds while being defended by Bethel Park’s Emma Dziezgowski during tournament action.

Whether in practices or games, the South Fayette High School girls basketball team has one objective.

“To improve as a group every time we step on the floor,” said Lion head coach Bryan Bennett.

Improvement is evident at South Fayette as the Lions rang in the New Year with a 7-1 slate. Their lone loss was 60-52 to Upper St. Clair, which is among the top teams in Class 5A.

Before opening Section 1, 5A competition Jan. 3 with a 49-46 loss at Moon, the Lions had already posted victories against perennial playoff powers such as Bethel Park, Seneca Valley, Gateway, Mars, Thomas Jefferson, Beaver Area and North Hills.

The Lions are allowing just 39.3 points per game.

“We love the way our kids are playing on the defensive end of the floor,” Bennett said. “They are doing a great job pressuring the ball and taking away the other team’s offensive sets.”

The Lions average nearly 53 points per game. The Webber sisters and Ava Leroux have paced the attack.

Maddie Webber is averaging 17 points per game. She tossed in 31 points against Seneca Valley in the first round of the Bethel Park Tournament. While there was no all-tournament team, Webber was selected as Player of the Game in the win as well as in the triumph against the host Black Hawks.

A junior, Webber is already garnering Division I scholarship offers. Among the programs courting Webber are South Alabama, Temple, Lafayette, Monmouth and Niagara.

“Maddie is doing an outstanding job for us,” Bennett said. “She is a versatile offensive threat because she can shoot with consistency behind the three-point line but also has the ability to finish at the rim. We are especially proud of the way she is playing on the defensive end of the floor. Her on the ball and help side defense is definitely an area she has improved.”

While Mia Webber, a four-year starter, is averaging 8.1 points per game, Leroux’s numbers have swelled this season to 10 points and 10 rebounds per game.

A 6-4 junior center, she is the daughter of Lori and Francois Leroux. Lori grew up in Monongahela and is a Ringgold graduate. Francois is a former NHL defenseman. He spent three seasons playing for the Penguins in the mid-1990s.

Leroux is also being recruited by Division I schools. Among them are Duquesne, Colgate, Lafayette and Elon.

Bennett also noted that Lainey Yater and Giuliana Gaetano have contributed greatly to SF’s early success. Yater averaged 8.1 points per game and Gaetano added 6 in 2021 when the Lions compiled a 14-5 slate that featured a two-game run in the WPIAL playoffs. SF lost to Latrobe in the Class 5A tournament to end its season.

The Lions have relied upon junior Rachel Black and sophomore Erica Hall in key roles.

“Our biggest strength is our depth,” Bennett said. “We want to work everyday to improve all aspects of our team. The kids are eager and they push each other in every area of basketball to make sure we are a well rounded team.”

The Lions evened their section record with a 67-30 win against West Allegheny Jan. 6. Mia and Maddie Webber each had nine points to lead the offensive attack.

Though he is only in his fourth season as head coach, Bryan Bennett brings a wealth of experience to his position at South Fayette.

Bennett started his career at Hopewell coaching the boys varsity before moving to the bench at Seton LaSalle. He guided the Lady Rebels to a 57-25 record and two WPIAL title appearances. A 1995 Freedom High School graduate, Bennett spent seven seasons as an assistant at Upper St. Clair where he was mentored by Dan Holzer.

“I was fortunate to work with Dan,” Bennett said. “He made sure he left no stone unturned when preparing for an opponent. I have tried to carry that philosophy with me.

“The one lasting lesson that I rely upon year in and year out is ‘prepare for the unexpected,’” Bennett concluded.