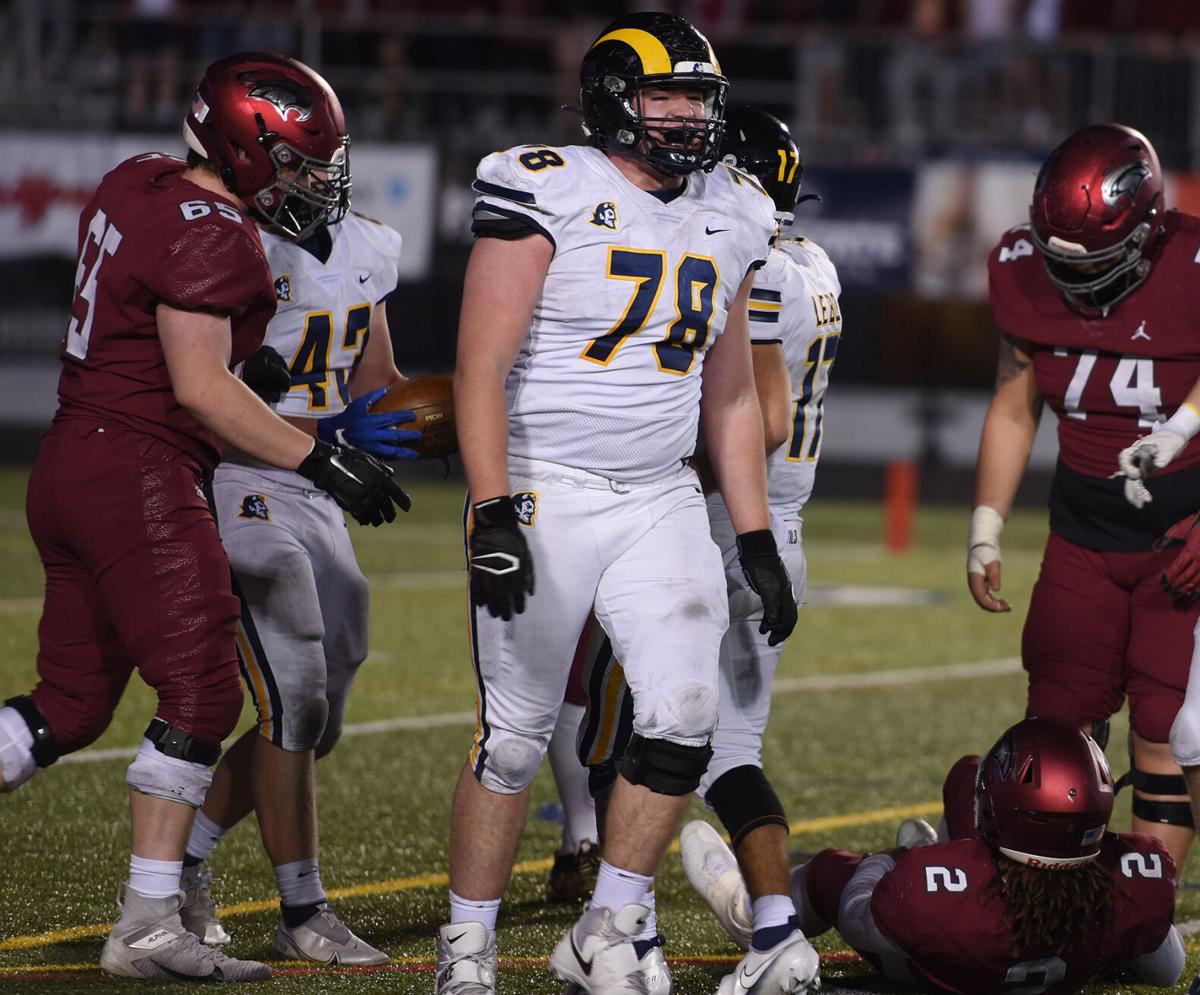 Cooper Austin (78) rejoices after making a critical tackle during Mt. Lebanon’s 35-17 victory over St. Joseph’s Prep in the PIAA Class 6A football championship game. Austin overcame an ACL injury in lacrosse and returned to the starting line up this November to help the Blue Devils to their first state title. 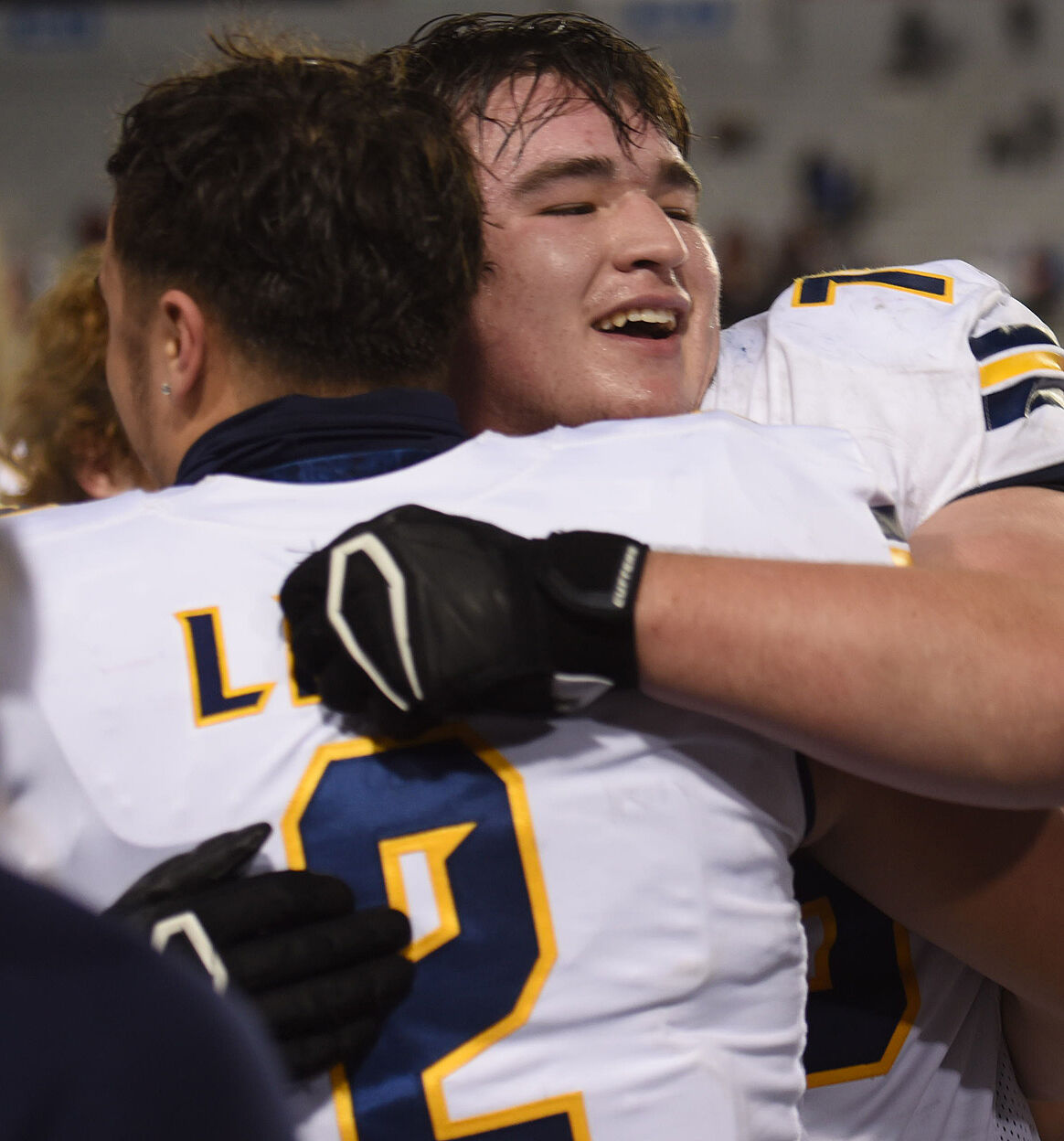 Cooper Austin (78) rejoices after making a critical tackle during Mt. Lebanon’s 35-17 victory over St. Joseph’s Prep in the PIAA Class 6A football championship game. Austin overcame an ACL injury in lacrosse and returned to the starting line up this November to help the Blue Devils to their first state title.

By Dec. 11, he had helped the Blue Devils capture WPIAL and PIAA Class 6A football championships.

“I’m not shocked,” said Lebo lacrosse coach Mike Ermer. “Honestly, Cooper is an incredibly focused young man in all aspects of his life.

“His ability to focus on the task at hand is uncanny. After his injury, he never got too low. It’s typical of the character he and his entire family has. It’s the philosophy that if this is the obstacle I need to overcome and this is the reality needed to go through it, then this is what I have to do.”

Austin did not go it alone. He relied on his teammates, some of them who played both sports like Alex Tecza, Matt Wertz and Owen Halter.

“It was difficult,” Austin said of the rehab process, “but my teammates helped me a ton. They showed love every day. I knew in the end that I would be able to come back and contribute if I worked hard and that’s what happened.”

“To have Cooper back was a game changer,” said Tecza of the 6-3, 265-pound two-way lineman. “Coming out that night in the WPIAL championship game I am sure (opposing teams) thought ‘oh, no’ because he makes such a difference.

“Cooper getting injured was a huge loss but he worked super hard to come back. He’s one of the hardest working kids I have ever seen. He really broke the limits on when he could come back and play football again. He came back as fast as he could. When he did, he was like 100%. Like it didn’t even happen.”

In the state finals against St. Joe’s Prep, Austin recorded five solo and two assisted tackles to lead all defensive linemen. Only defensive back Eli Heidenreich, who had 8 solo tackles and 1 assist, and linebacker Charley Pellegrino, who had 6 solo tackles and 4 assists, had more tackles.

“It’s the best feeling in the world to be able to come back and contribute for my team,” Austin said. “It’s been so exciting to play again. The knee feels great. Awesome.”

Austin was thrilled to be part of history. While the Blue Devils have won seven district titles, they had never won a state championship in football until they beat the Hawks. The Philadelphia powerhouse had won three straight state championships and six in the last eight years.

“None of us thought this team was better than us,” Austin said. “We knew if we played our hearts out, then we weren’t underdogs. If we just came out here and played our game, they had no shot at this.”

With his return to the playing field, Austin has an opportunity to compete via a scholarship in college. Patriot and Ivy League schools, as well as several NCAA Division I Football Championship Subdivision teams, are interested in his talents.

“Cooper is very bright. His GPA is higher than I can calculate.” Ermer said. “He will be successful in whatever he does.”

Austin said there was no secret that allowed Lebo to dethrone St. Joe’s Prep and compile a 15-0 record.

“We are disciplined,” he said. “We worked hard and listened to coaching. We loved each other and we had each other’s backs.

“It’s exciting to see what happens when you do that. It’s the best feeling in the world.”