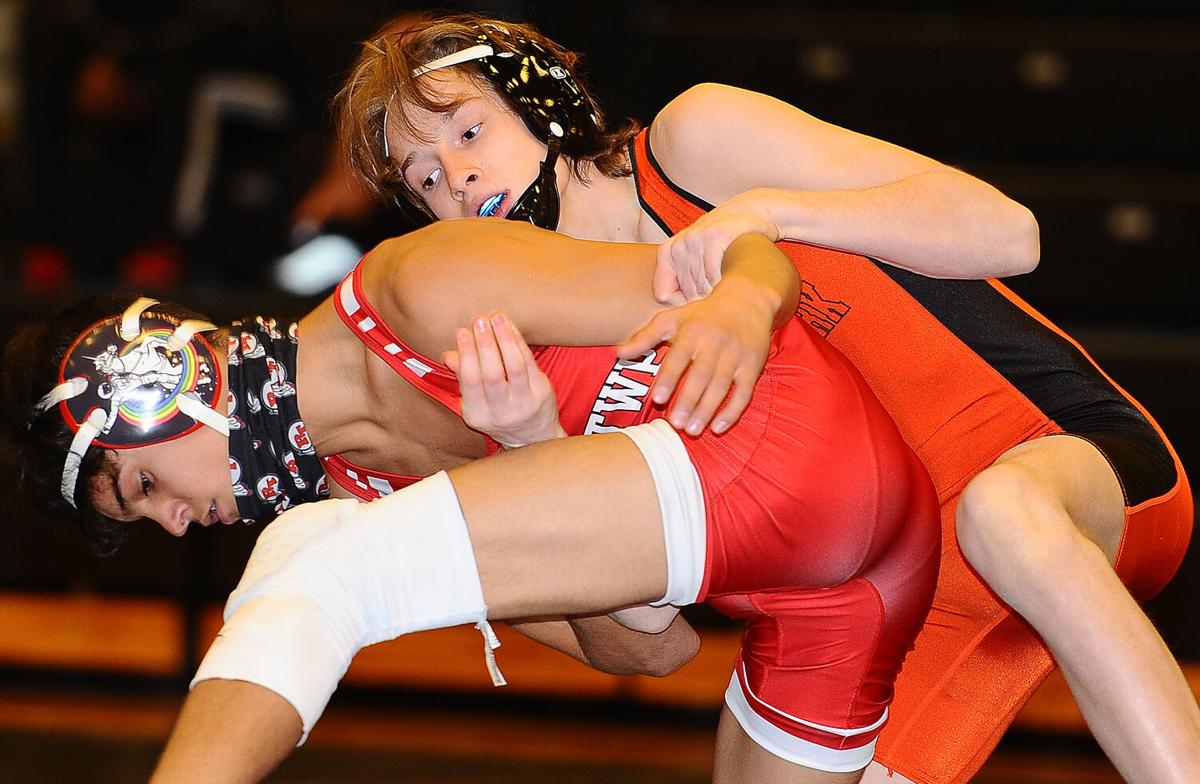 The pair placed in the top two during the Section 4 tournament held Feb. 20 at Canon-McMillan.

A freshman, Kernan earned his spot at 113. He opened action with a 9-4 decision against James Anderson from South Fayette before falling to Waynesburg’s Joseph Simon in the championship bout.

In the consolation bout, Anderson felled Meyers in 3:39 to place third.

In advancing to the district championships, Kernan improved to 13-2 overall. He was pitted against Pine-Richland’s Anthony Ferraro (14-2) in his first match. His bracket included Latrobe’s Vincent Kilkeary (18-1), Penn-Trafford’s Troy Hohman (20-1), Seneca Valley’s Connor Smith (27-4) and Simon (19-3).

Meanwhile, Keating rebounded from a fall against Eli Makel of Waynesburg to earn his spot at 189.

A senior, Keating wrestled back to beat Addison Miller from Canon-McMillan, 5-1, and PT’s Phillip Nave 4-2 in an ultimate tiebreaker. Nave, who had also beaten Miller but lost to Makel, took third.

Keating was set to face Justin Hart of Hampton (20-4) in first round of the WPIAL championships held Feb. 27 at Canon-McMillan. Hart was seeded No. 1 at 189 ahead of Brayden Solar-Rosckosky of Kiski (29-4).

Among the other area wrestlers to place in the top four during the Section 4 tournament were: