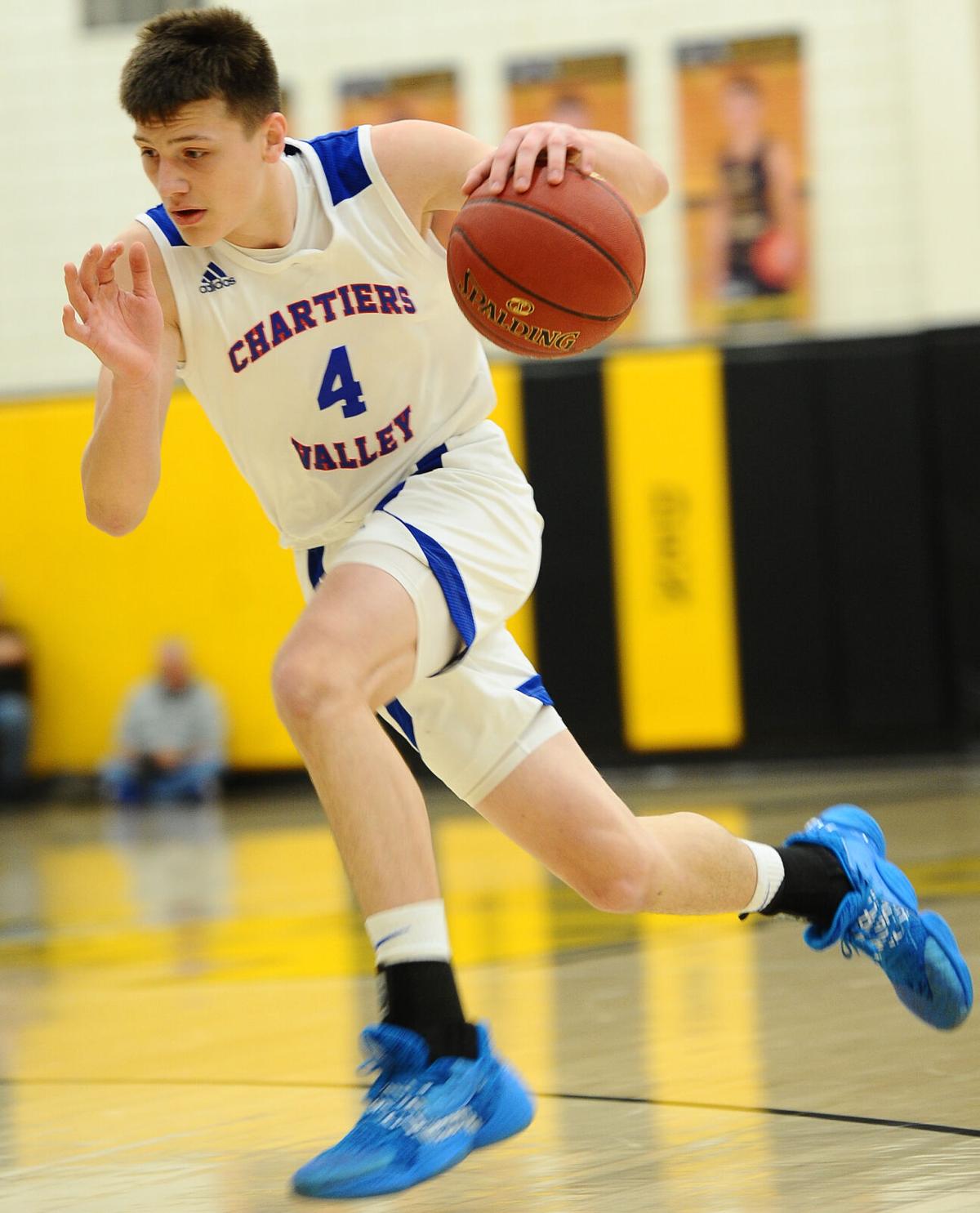 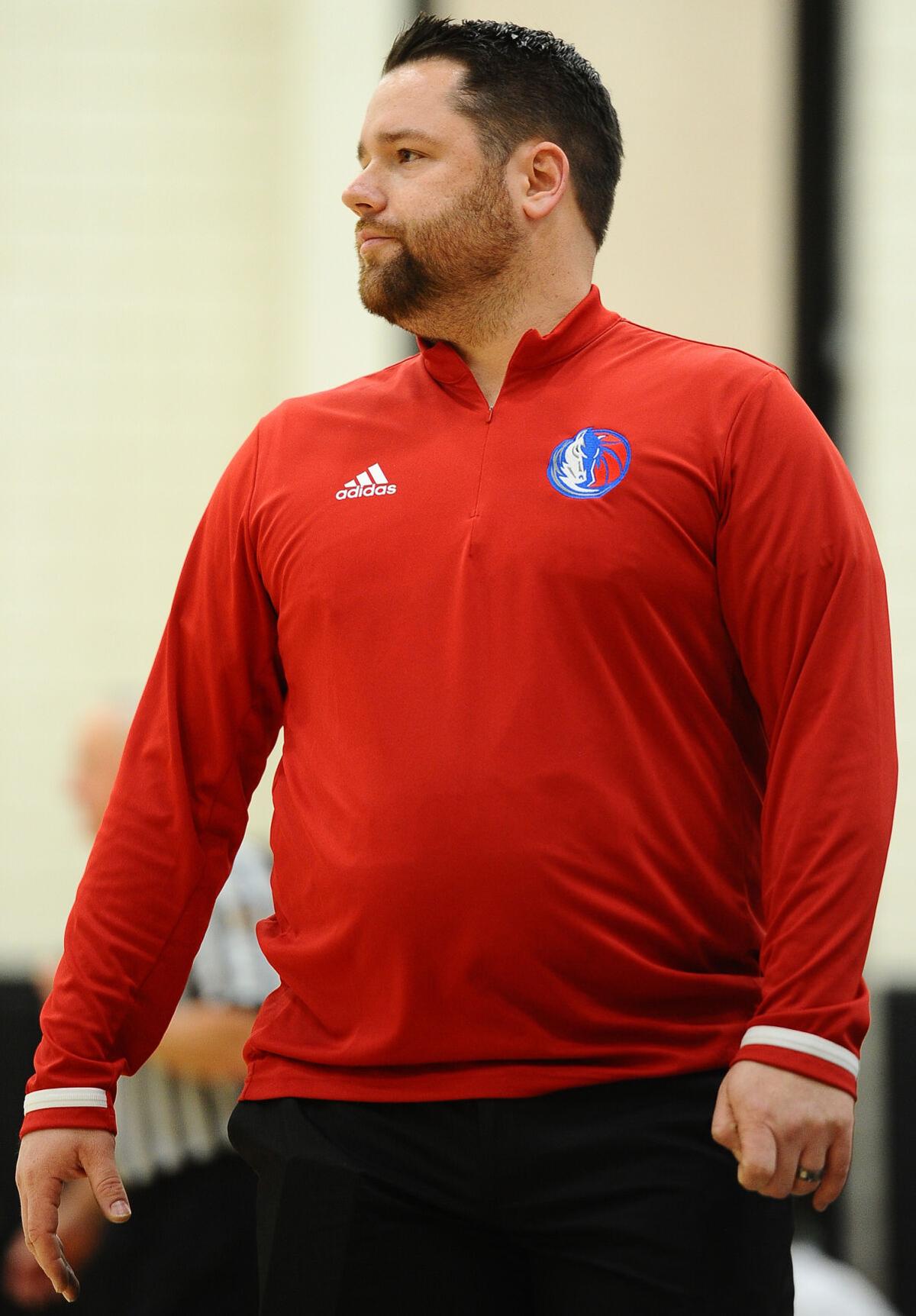 Brandon Sensor keeps a watchful eye on the action of his players. He returns for his third season as Chartiers Valley boys basketball coach.

Brandon Sensor keeps a watchful eye on the action of his players. He returns for his third season as Chartiers Valley boys basketball coach.

“We’re all back which is great,” said CV head coach Brandon Sensor. “COVID has just affected the availability of some guys. Other than that, we just try to follow the guidelines set forth by our school during practice and our time together.”

The Colts wear masks at all times, but practices are structured differently. Players do not stay in large groups for more than 10 minutes at a time and they do not use the locker room.

The Colts are adhering to these strict protocols because they have high expectations for the coming season.

CV was scheduled to kick off the 2020-21 campaign Dec. 11 at Upper St. Clair. After home games Dec. 15 and Dec. 29 hosting McDowell and North Hills, the Colts are expected to open Section 2 action in Class 5A Jan. 5 at Trinity.

“Expectations are always to compete for the WPIAL championship and to make a run in the state playoffs,” said Sensor, “but our goal is to just keep getting better every day. Try to become the best team we can become. We want to play our best ball come playoff time.”

The Colts target Jan. 19 as a progress date when they host New Castle. Another status report should come Feb. 12 when they pay a return visit to battle the Hurricanes.

When asked about the team’s toughest league opponent Sensor said, “New Castle will be a good one.”

Despite only returning one starter — Brayden Reynolds, who average 19 points and six rebounds per game — the Colts are expected to be contenders.

Last winter, they were section champions with a 13-1 record. They finished 19-6 overall after falling to Central Dauphin 78-74 in the PIAA tournament. CV also reached the semifinals in the WPIAL playoffs before falling to Mars, 59-50.

The Colts are looking to replace graduates Sean Banas, Griffin Beattie, Jared Goldstrom, Marcello Legister and Louie Kearney. Sensor said he has 10 top-notch players who could earn varsity minutes and are currently battling for spots in the starting line-up.

Anthony Mackey, a junior who quarterbacked the Colts to one of their best-ever seasons on the gridiron, Socrates Boulis, a senior who was also a chief contributor to the football team’s 6-2 campaign, and Garrett Alauzen, a senior, are the primary contenders to start.

“I wouldn’t be surprised if any of those guys earn starting spots or play large roles,” Sensor said.

Sensor also said this season is different — and not just because of the pandemic.

“We have a lot of guys that can play but with the lack of the offseason and graduating so many seniors last year, we’re still figuring it out and competing. But that’s a good thing,” he said.

A guard-heavy team that can space the court and shoot, the Colts must rely upon their defense to make up for their lack of size.

“Rebound and defense is always an area of focus,” Sensor said. “We really need to come together on the defensive end and on the boards. Offense will get better throughout the year. As long as they share the ball we should be fine there.”