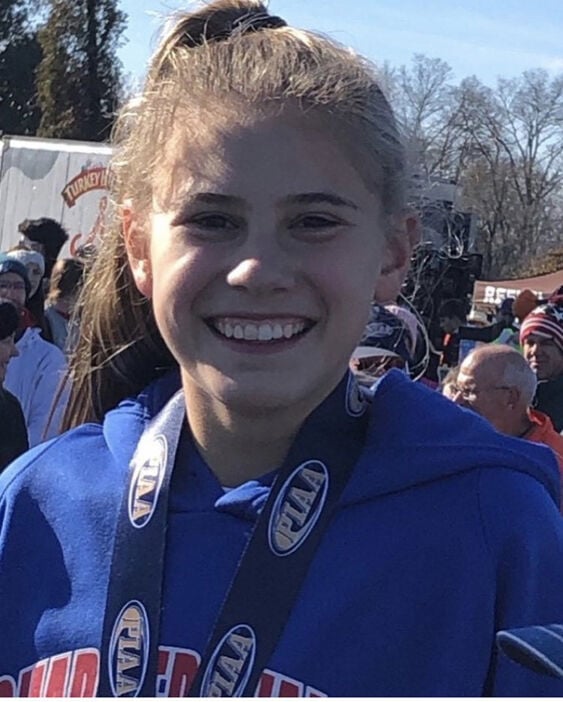 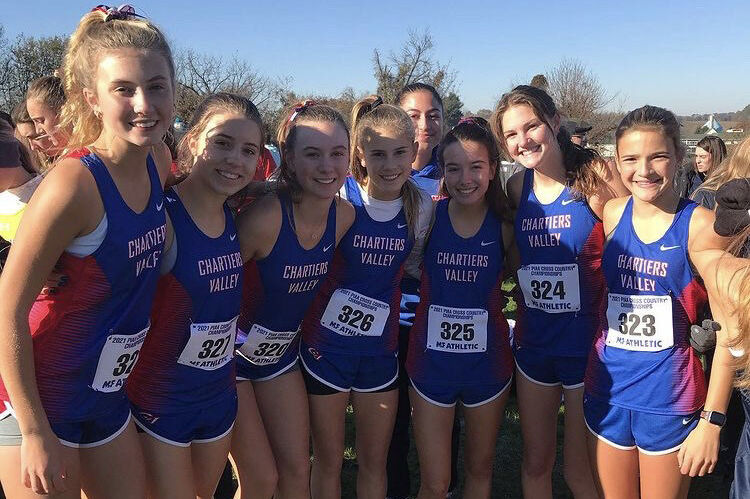 A freshman, Turnbull finished 25th overall with a 20:15.5 time but was 10th when placement was calculated after individuals were taken out of the team standings.

“Lilah came on strong in the later half of the season, learning and growing with each race,” said CV coach Lori Poe. “She responds well to the pressure up front and reacts well to racing with her competitors. She strives to top each performance and climbing up in the standings. She has a bright future as a cross country runner.”

Eva Kulbago has similar potential. A sophomore, she finished 43rd individually but her team score was 19th. Kulbago clocked a 20:44.2

“Eva is a hard-working, talented runner who has consistently raced among the top runners in the area all season,” Poe said. “She is an impressive runner.

“With Lilah, she provides a strong one, two punch at the front of our pack. (Lilah and Eva) are consistently strong competitors who set the tone for the team.”

The Colts girls team made school history this fall as they advanced to the state finals for the first time. CV finished as runner-up to Montour in the WPIAL championships. The Spartans also went on to win the state title with 84 points.

“Throughout the season the girls kept getting better and gaining confidence,” Poe said. “Leading into the state meet, they continued to excel which resulted in faster times covering the challenging state course.

“I felt we competed with confidence and ran toe-to-toe with the best teams in the state. The girls handled the pressure and nervous energy associated with competing at the state meet with poise and determination. I am proud and honored to coach such a resilient group of girls.”

“Our top five runners are all underclassmen who have gained valuable insight and confidence from competing as a team at the state championships,” said Poe. “They have helped lay the ground work for future teams to climb higher and achieve greater goals. I am excited to see what they can accomplish in the coming years.”

“Grace and Abby have provided leadership and experience, which helped provide balance to our team,” Poe said. “These young ladies pushed the rest of the team to reach higher and run stronger as a unit.”