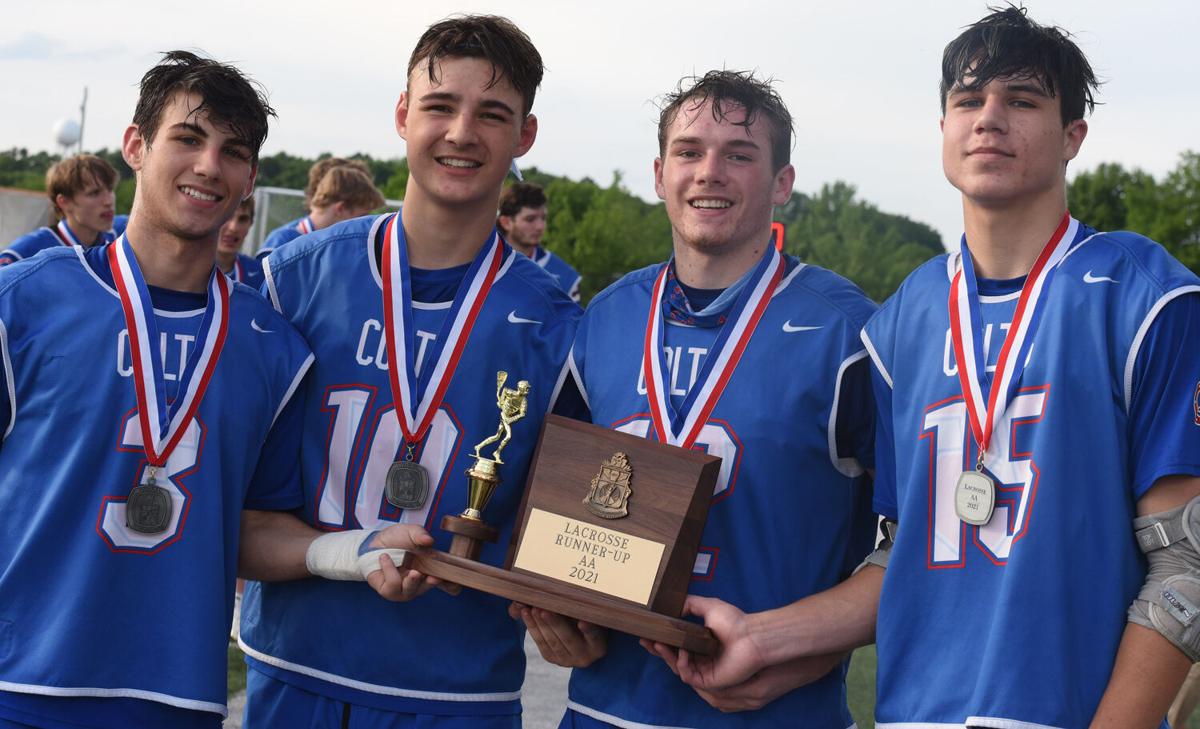 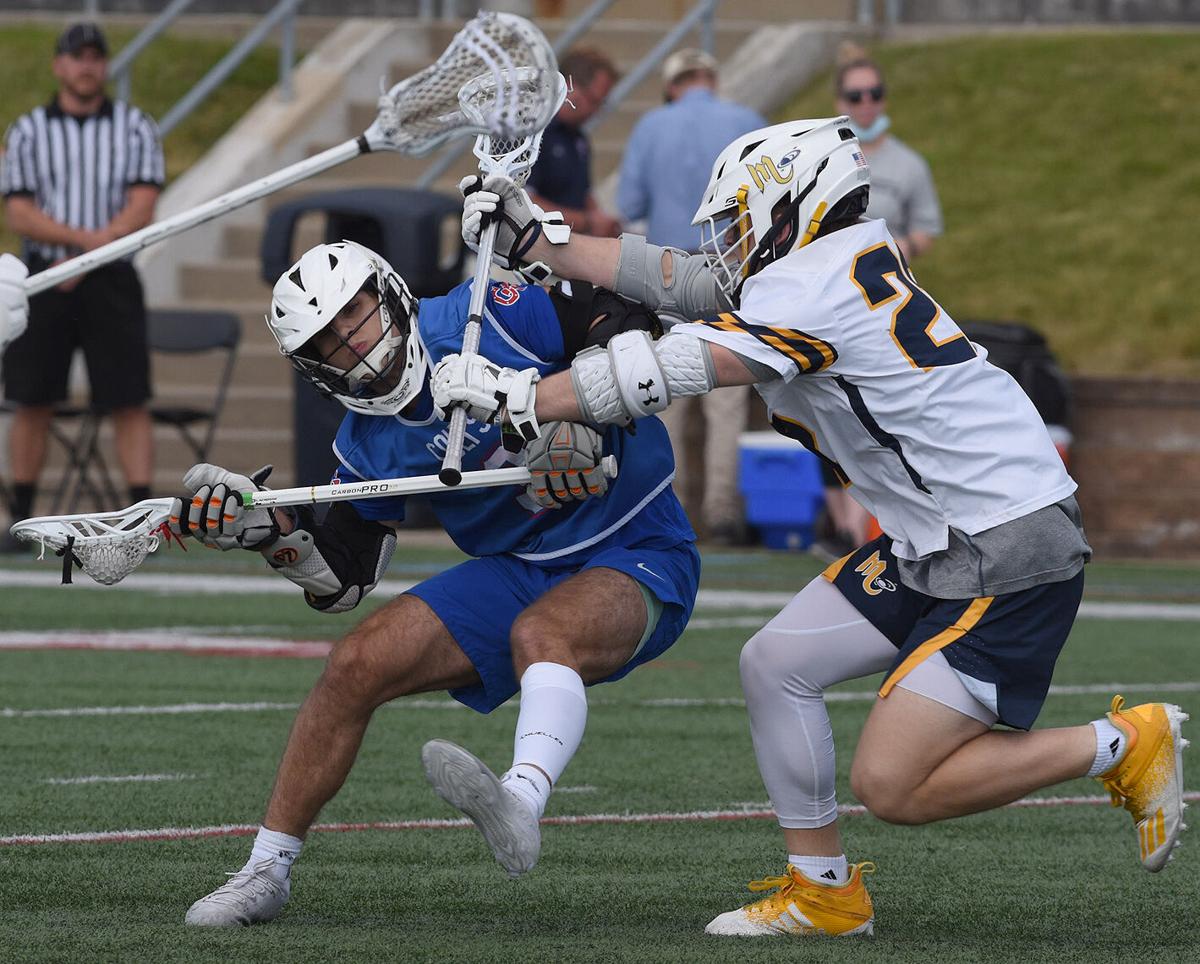 Thomas Nomides is checked by a Mars defender during the WPIAL Class AA championship game.

Thomas Nomides is checked by a Mars defender during the WPIAL Class AA championship game.

“We thought that we could play lacrosse with them,” said CV head coach Dom Tolomeo.

“That was the biggest thing.”

For 14 minutes May 27, Tolomeo said the Colts participated in “an evenly matched game” at Robert Morris University’s Joe Walton Stadium.

Until the Planets found their scoring orbit to emerge with an 18-4 victory.

With the game deadlocked at 2-2, Mars erupted for nine goals in the second quarter, opening up an 11-3 advantage at halftime, and creating enough separation to cruise to its fifth WPIAL championship.

The win was typical of the 2021 campaign for Mars. The Planets outscored opponents 361-61 on their way to compiling a 19-0 record.

Mars recorded a 29-3 victory over Franklin Regional and a 20-6 win over South Fayette in the WPIAL playoffs.

“That’s a phenomenal team,” Tolomeo said. ”Give credit where credit is due. They came out and played a heck of a game.”

Mars junior Wes Scurci spearheaded the attack. He scored a team-high six goals, including three during a period when the Planets scored five unanswered goals, to break open the close contest.

After the Planets edged ahead 2-0, CV crept back into the game.

Jackson Fodor, off an assist from Jake Kyle, scored the Colts’ first goal with 1.2 seconds left in the first period. Then 28 seconds into the second quarter, Thomas Nomides knotted the game, 2-2.

With multiple offensive weapons, Mars embarked on a five-goal run to break open the game. Though Fodor knocked in his second goal to stop the scoring streak, the Planets went on another attack, racking up eight straight goals. The explosion resulted in a 15-3 advantage and enabled Mars to invoke the 12-goal mercy rule at the 6:35 mark in the third quarter.

“We started to get too much separation,” Tomoleo said. “They have a number of kids who can shoot the ball and they came out and let them rip. Once they got that separation, it led to bad things.”

There was nothing bad about CV’s performance, just an ability to keep up with the pace considering their limited numbers. The Colts listed 17 rostered players.

“We fought all four quarters. We gave it all we could,” Tolomeo said.

“We were prepared and ready for this game. We are a small close-knit unit that believes in ourselves and one another. We step up to the plate when our number is called.”

Mars steps up in championship games.

The Planets won four WPIAL titles in a row before the coronavirus pandemic stopped the streak, as the 2020 spring scholastic season was canceled.

Despite the defeat, the season continues for the Colts, who are 15-5 overall. CV qualified for the PIAA tournament.

“We are not done yet,” Tolomeo said.

“We are headed for states and we’ll see what we can do. Hopefully, we see (Mars) again.”