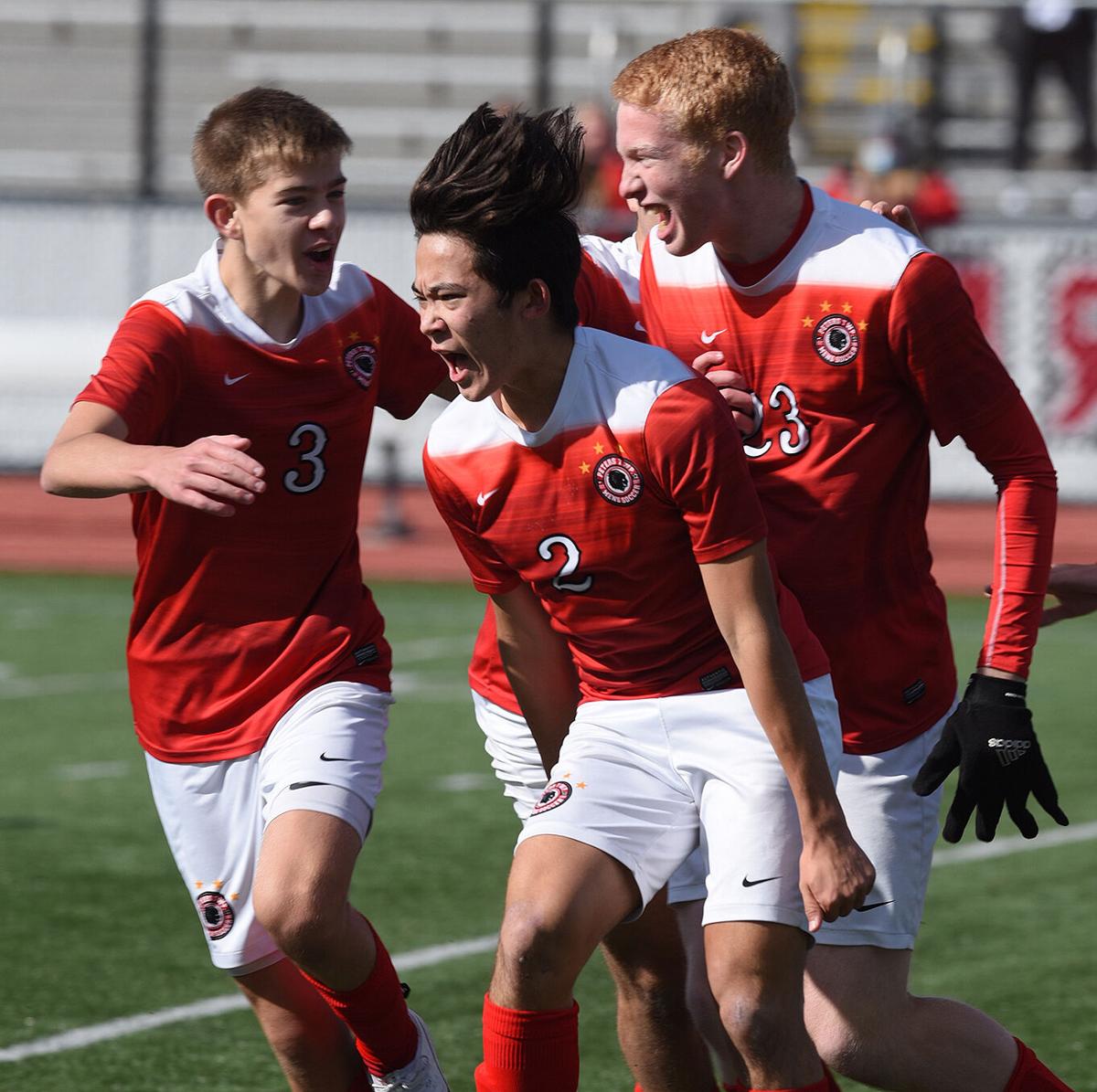 Alexander Grim (2) reacts to scoring the tying goal for Peters Township while Cole Woodward (3) and Zachary Gallagher (23) rush to congratulate him. 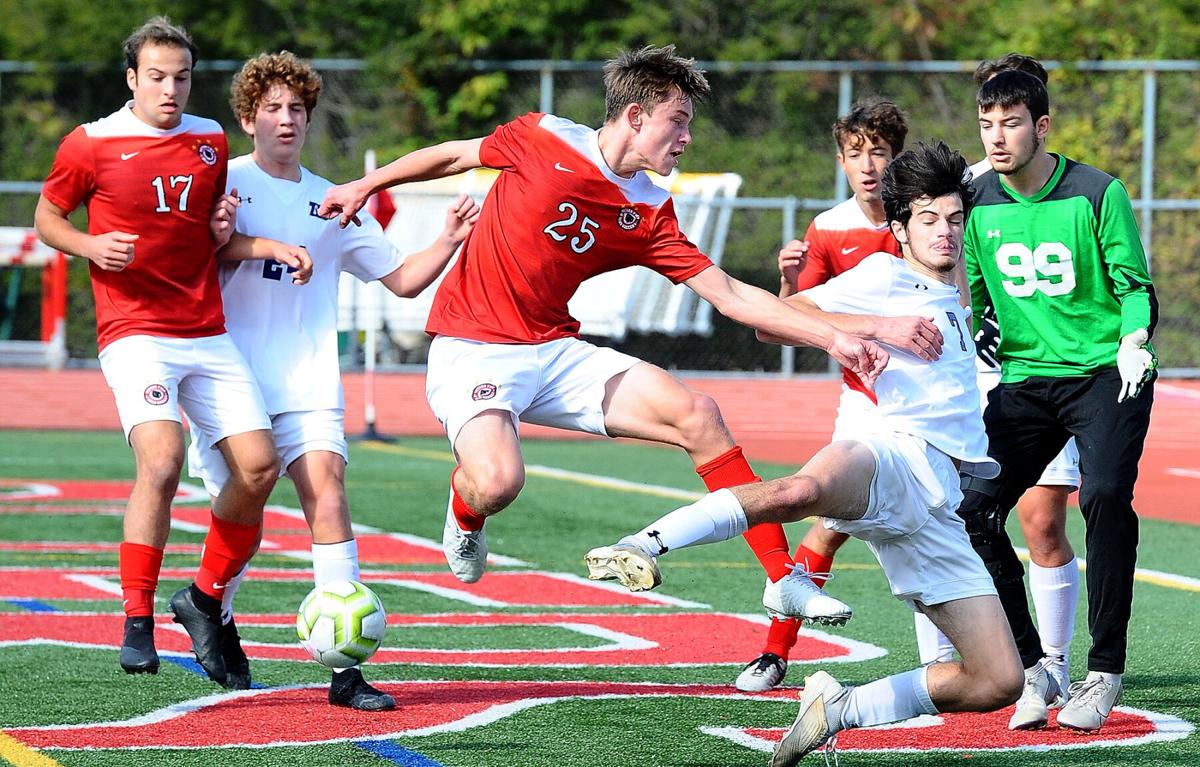 Mason Lewis (25) and Zack Stewart (7) battle for the ball on a corner kick opportunity for Peters Township while Andrew Massucci (17) and Baldwin’s goalkeeper Michael Sabo defends on the play.

Alexander Grim (2) reacts to scoring the tying goal for Peters Township while Cole Woodward (3) and Zachary Gallagher (23) rush to congratulate him.

Mason Lewis (25) and Zack Stewart (7) battle for the ball on a corner kick opportunity for Peters Township while Andrew Massucci (17) and Baldwin’s goalkeeper Michael Sabo defends on the play.

In double overtime contests, the Indians defeated Baldwin and Fox Chapel by identical 2-1 scores and advanced to play Seneca Valley in the championship contest, which was played Nov. 7, at North Allegheny.

The championship game did not end in time to be included in this edition.

After factoring in both goals against the Highlanders in the quarterfinals — he assisted on Alexander Grim’s goal and added the game-winner — Massucci scored a golden goal with 49 seconds left in the second overtime to dispatch the Foxes.

“He’s an opportunist,” PT coach Bob Dyer said. “He works incredibly hard and he got the benefit of his teammates working hard as well.”

Dominic Sambuco lobbed a long kick down the field where Massucci corralled the ball between two defenders then launched a shot into the bottom right corner of the net.

“It was a great play by my teammates,” Massucci said. “They got me the ball.

“In games like these,” he added, “you don’t get as many chances. So the ones you get, you have to put them away.”

The Foxes appeared to have put the Indians away when they took the lead 13 minutes into the semifinal played at Peters Township. Nate Lazzara converted a free kick for the goal.

Clayton Humbert held the Indians at bay, making seven saves, until five minutes remained in regulation. That’s when Massucci struck with the unassisted equalizer to push the game into overtime.

“I think our team was a little bit down mentally at first,” Massucci said. “Then, you know, we just kept fighting and battling back. When I put that (goal) in, I think we got a lot of momentum, and got a lot of energy, and played our game.”

PT goalkeeper Derek Liguori submitted another strong performance. After making six stops against the Highlanders, Liguori recorded six more saves against the Foxes, who were coming off an impressive 6-0 win against Upper St. Clair in the quarterfinals.

While the Foxes finished the year at 11-4, the Indians improved to 13-1-1 overall and moved on to the finals against the Raiders (13-1-1), who were 5-1 winners against Norwin in their semifinal match.

South Fayette’s Chad Eldridge scored but it was too little, too late as Mars defeated the Lions 2-1 in the Class AAA semifinals.

Nick Porter scored twice for the Planets (17-0). Dan Beller chipped in the other goal.

While Mars advanced to the finals to face Franklin Regional, the Lions finished the season with an 11-5-1 record.

Joe Smeltzer contributed to this story.