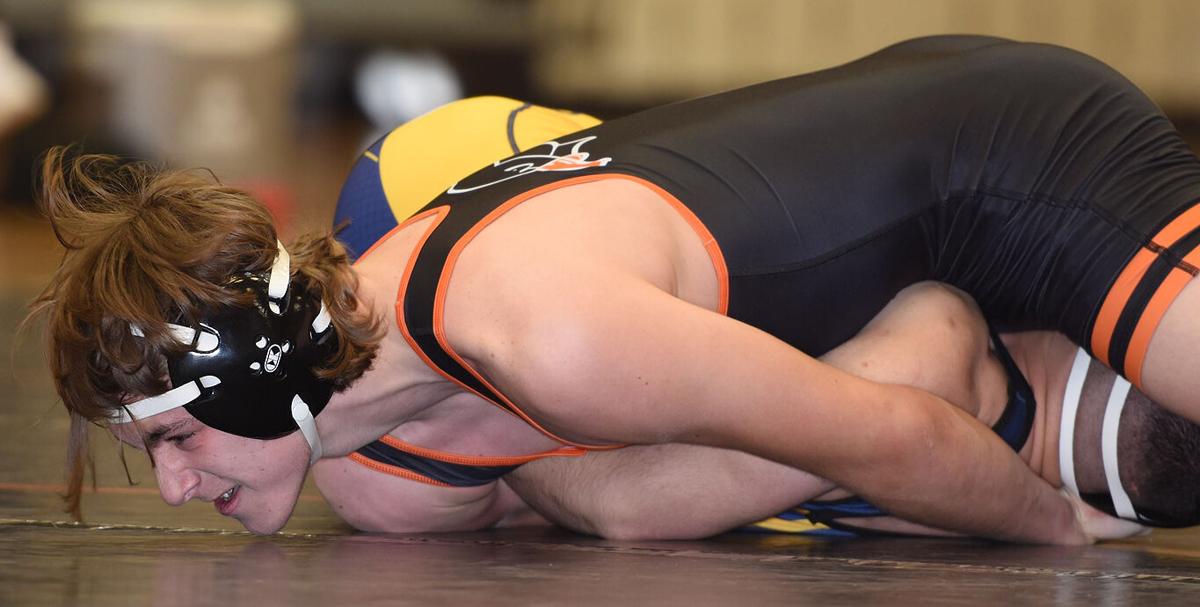 AJ Tomaino of Bethel Park puts the finishing touches on a fall during 160-pound wrestling action against Mt. Lebanon. The Black Hawks used five pins to defeat the Blue Devils, 42-24, and remain unbeaten at 4-0 in Section 4-B 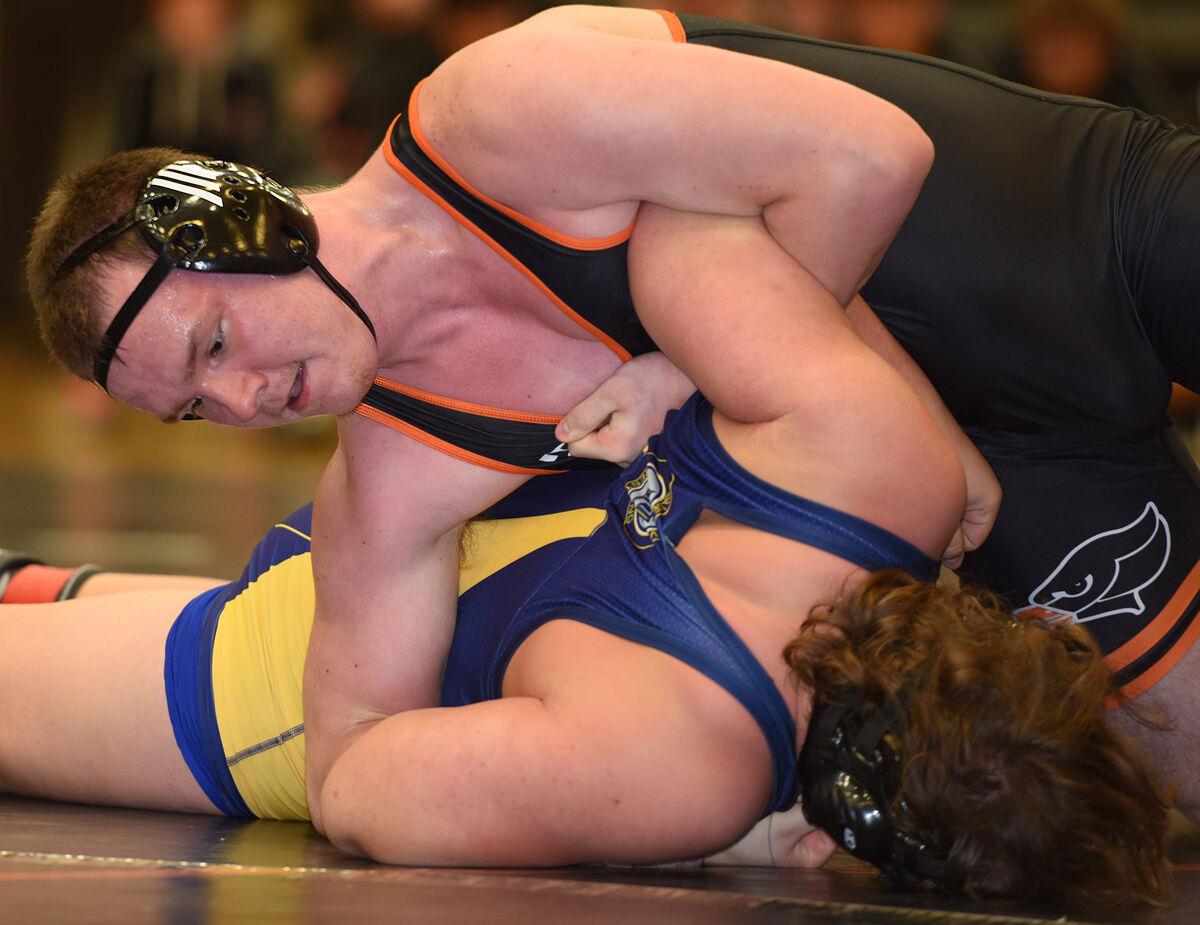 AJ Tomaino of Bethel Park puts the finishing touches on a fall during 160-pound wrestling action against Mt. Lebanon. The Black Hawks used five pins to defeat the Blue Devils, 42-24, and remain unbeaten at 4-0 in Section 4-B

Bethel Park and Peters Township ran their records to 4-0 setting up a showdown for the Section 4-B wrestling title.

The Indians will host the Black Hawks at 7 p.m. Jan. 19 at the AHN Arena in McMurray.

The event coincides with the annual Match For a Marine with all proceeds benefit Sgt. Doug Vitale.

Sgt. Vitale lost both legs above the knee and suffered strokes on both sides of his brain because of blood loss when he stepped on an improvised explosive device (IED) while on foot patrol in 2011 in Afghanistan.

BP defeated Mt. Lebanon, 42-24, to improve to 7-2 overall. That win coupled with PT’s 57-10 victory at Central Catholic set up the battle between the unbeaten section foes.

Bryson Bench and Anthony Zaborowski added decisions at 138 and 215, respectively, while Aiden Bench won by forfeit at 113 for the Hawks.

The win came on the heels of a strong showing at the Tri-CADA Wrestling Tournament.