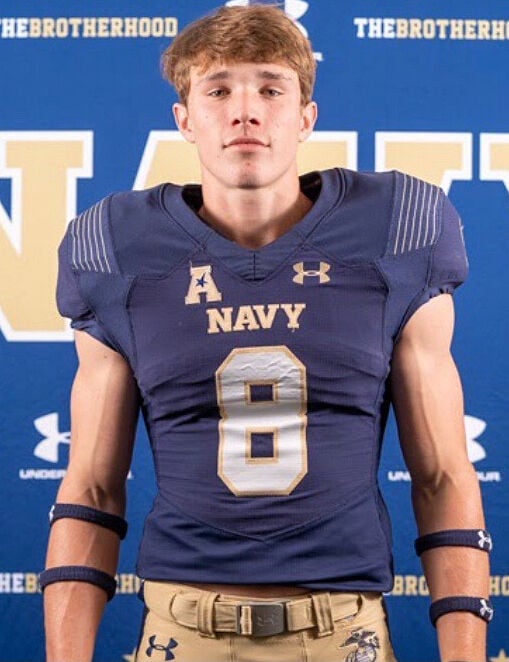 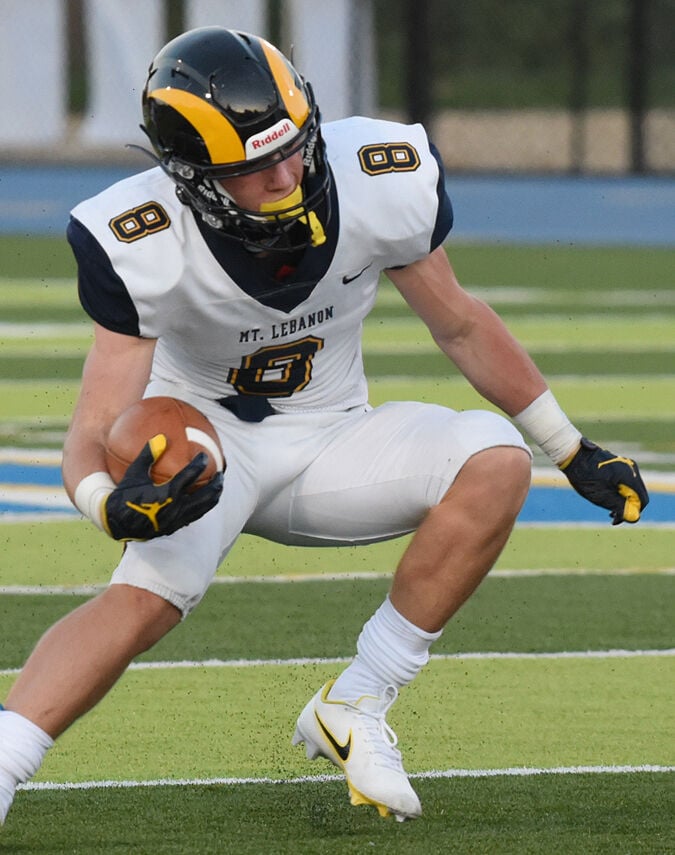 Eli Heidenreich was the top receiver at Mt. Lebanon last season with 303 yards and seven touchdowns.

Eli Heidenreich was the top receiver at Mt. Lebanon last season with 303 yards and seven touchdowns.

Mt. Lebanon head coach Bob Palko knows senior Eli Heidenreich can do a “boatload” of things — and that’s just on the football field.

As a slotback, he amassed 303 receiving yards, 117 yards rushing and seven touchdowns last fall. He accounted for 661 all-purpose yards and tacked on another touchdown. As a defensive back, he combined for 45 tackles.

In the classroom, Heidenreich racks up a 4.4 GPA. He is a member of the National Honor Society and Computer Science Club. He also builds computers.

Heidenreich will parlay that interest into a career when he enrolls at the U.S. Naval Academy. He hopes to become a surface warfare officer and specialize in cyber security after competing for the Midshipmen’s football team.

Heidenreich selected the Naval Academy over an offer from Davidson. He also received interested from several Ivy League schools and Valparaiso, along with Division II and III schools like Slippery Rock.

“Navy was always at the top of my list,” said Heidenreich. “It really was a no-brainer to choose them.”

Heidenreich said he committed after an official visit to Annapolis where he had “10 conversations with 10 different” coaches and was wowed by the campus as well as the facilities, which include a pair of grass practice fields, two turf fields and a stadium that seats more than 34,000 people.

“The coaches were personable and wanted to get to know you. Everyone was fantastic and the facilities are amazing,” Heidenreich said. “I am excited to get there and play.”

“Seeing my grandfather and uncle both serve in the navy and me having that chance and carrying on the tradition was something important to me and my family,” Heidenreich said.

“I’m joining the ‘brotherhood’ at the academy,” he added. “Being part of something bigger than myself and serving my country are hugely important to me.”

Heidenrich said the history of the Naval Academy’s program cemented his choice.

“Joining a program with amazing coaches and a storied tradition of winning is exciting,” he said.

Heidenreich was recruited by the Midshipmen as a slotback. At the Naval Academy, the position is called the “A Back.”

Since he started playing football in first grade, Heidenreich has made plays for the Blue Devils. At the time, he was also playing ice hockey and baseball. He quit hockey but continues to play baseball. He is an all-section second baseman.

“Baseball never interfered with football but I had to make a choice between hockey and football. I’m happy my parents made me make a decision,” said the 18-year-old son of David and Tara Heidenreich.

Heidenreich earned a starting position on the gridiron during his sophomore season and achieved honorable mention status as a defensive back.

By his junior year, he was an all-state slot receiver as chosen by the Pennsylvania Football Coaches Association. He was also named Big 5/6 All-Conference’s second team.

This fall, he is hoping to help the Blue Devils capture their first WPIAL championship since 2000. Lebo finished 4-3 overall in 2021 after losing to Central Catholic in the district semifinals.

“We have been training and expecting a WPIAL title,” Heidenreich said. “Expectations from the players and the coaches is the 6A title. That’s our main goal and we definitely can accomplish that.

“My role,” he added, “is really being the best team player and leader I can be. I try to coach up the younger kids and bring my teammates together.”

Heidenreich sees a similar journey at the Naval Academy.

“I am going to work super hard to earn a starting role by my junior year at slot back,” he said.

Heidenreich will have some transitioning to do as he adopts a military lifestyle upon entering his plebe year at the academy.

“It’s the toughest year and it will be difficult,” he said. “It’s pretty relaxed so it will be challenging. It’s challenging for everybody who goes there, but I’m capable of doing it. You have to be mentally tough and I think that’s something I possess.

“I’ll get through it,” he added. “It think it will be enjoyable because I will be playing a sport and making new friends and building new bonds.”

Book: “I’m not the biggest reader. I read when I have to. The Harry Potter books were my favorites growing up though.”

Movie: The Pursuit of Happyness

Food: Peanut butter and jelly sandwich. “I struggle to keep weight on so I have two after lunch and two before going to bed at night.”

Favorite Olympic event: “I like the running events, especially the 200-meter dash.”

Dream destination: Hawaii. “I think that would be a cool place to visit.”

People might be surprised to know this about you: “I build my own computers.”

Who would play you in a movie: Will Ferrell

Person you would like to have dinner with: Abraham Lincoln. “He influenced our country so much.”

In 15 years, I will be: “Graduated, finished with my commitment hopefully as a surface warfare officer and working in cyber security.”

Life-lesson sports has taught: “If you want to achieve something, you have to put in the work, especially when no one is watching, and go get it basically.”