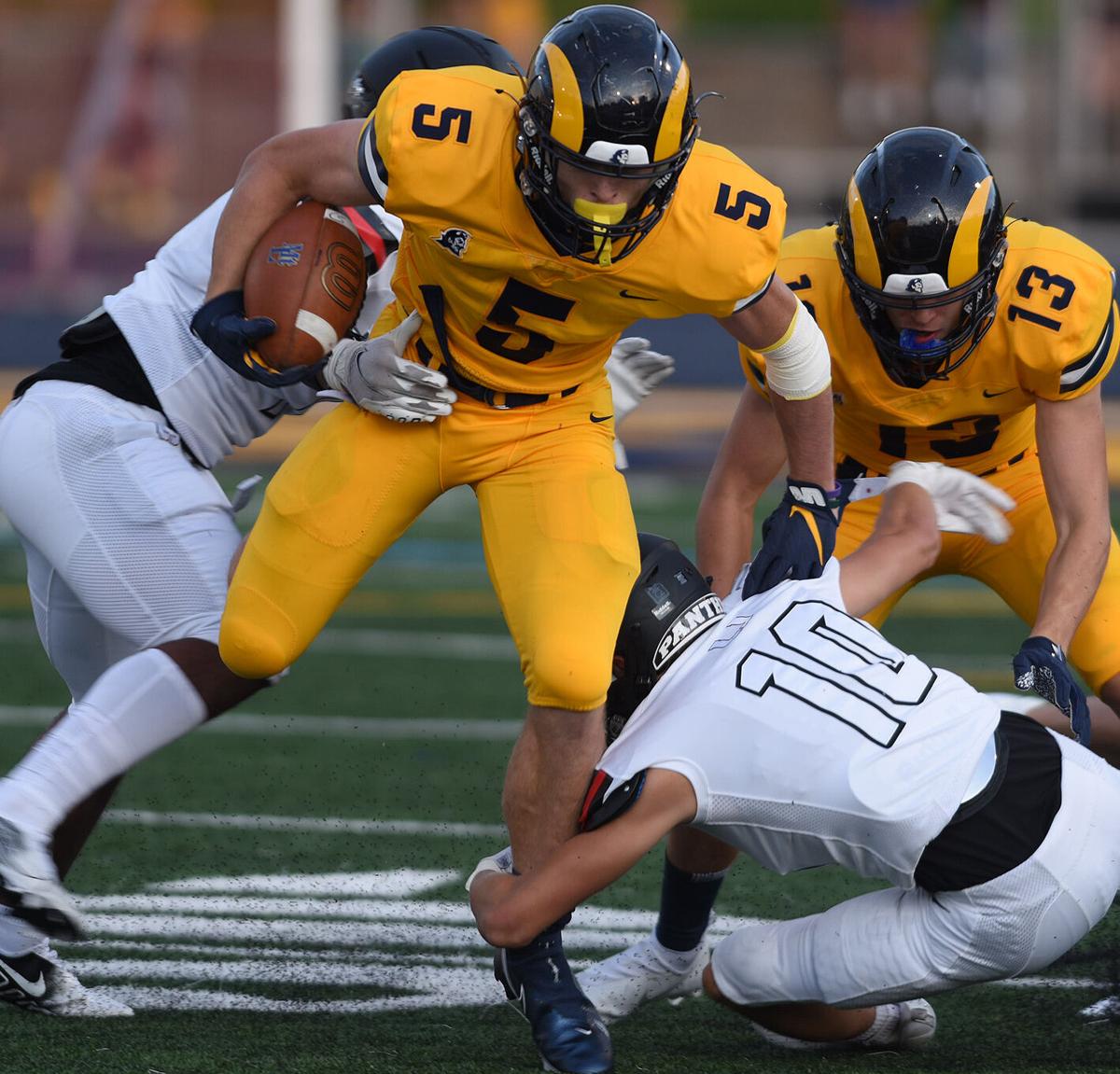 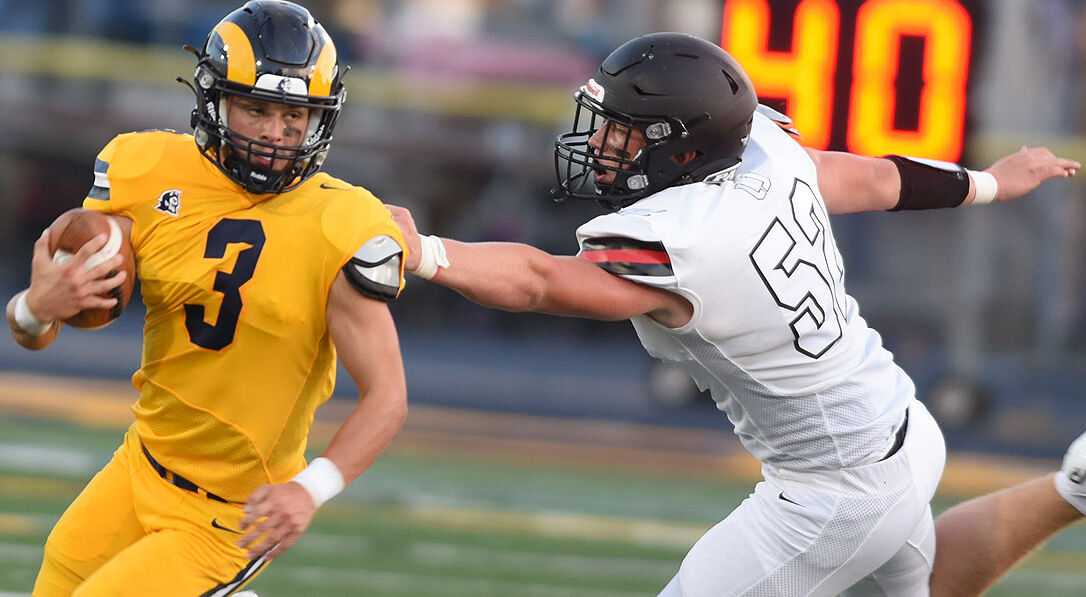 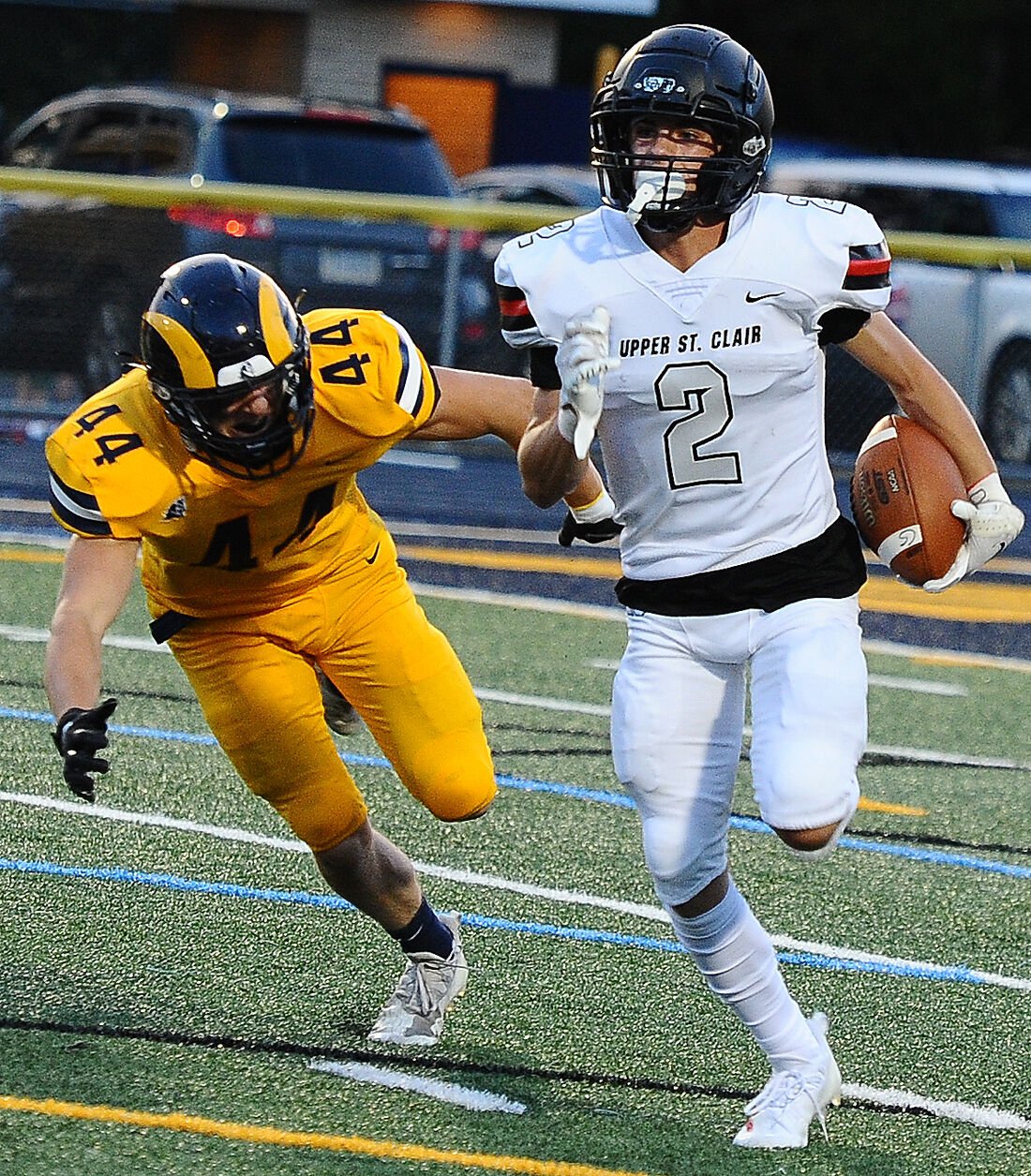 Upper St. Clair's Mateo Cepullio returned a kick off 96 yards for a touchdown in the second half against Mt. Lebanon.

Upper St. Clair's Mateo Cepullio returned a kick off 96 yards for a touchdown in the second half against Mt. Lebanon.

After consecutive non-conference victories against South Hills rivals to open its season, Mt. Lebanon is hoping to keep its hot start going when it hosts Canon-McMillan at 7:30 p.m. Sept. 17.

The Blue Devils’ Sept. 10 game against Peters Township ended too late to be included in this edition.

“Satisfied? Never,” said Lebo head coach Bob Palko of his team’s fast start. “We will stay cautiously optimistic, though. We work like it’s our last game every play. That’s how we need to approach this. That’s not going to change.”

The Blue Devils aren’t likely to alter their attack either. During the pre-season, particularly in their 36-13 win against Upper St. Clair, they relied heavily upon Eli Heidenreich, Joey Daniels and Alex Tecza.

Against the Panthers, Heidenreich has three receptions for 116 yards and a 48-yard touchdown. He also added an interception.

“No. 8, 3 and 5 played really well for them,” said USC coach Mike Junko. “Give those guys credit. They are veterans. They have played a lot of football.”

The Blue Devils do have talented and tested players but those “pretty good players need to be better coached,” he said.

Lebo left points on the field and incurred more than a dozen penalties.

“We have a lot of things to clean up and work on,” Palko said. “It’s not like we aren’t going to practice. We have to roll our sleeves up and get busy.”

The Blue Devils will have their hands full against C-M’s Ryan Angott. The all-conference tailback rushed for 96 yards and a 34-yard touchdown in a 28-7 loss to Peters Township.

USC will look to grow from its loss to Lebo when it travels to face defending WPIAL and PIAA champion Pine-Richland at 7 p.m. Sept. 17.

“For our young kids, being in an environment like Lebo and playing in a big game is part of the maturation process,” said Junko. “Our kids have a lot of great character and we are always proud of how hard they fight. We got a lot of tough games on the schedule and we hope to see growth each week. That’s the plan. That’s the goal.”

Against Lebo, Mateo Cepullio excelled. He had four receptions from Brady Erdos for 41 yards as well as a 97-yard kickoff return for a touchdown that narrowed the score to 20-13 at the start of the second half.

Bennett Henderson kicked field goals of 37 and 41 yards for the Panthers.