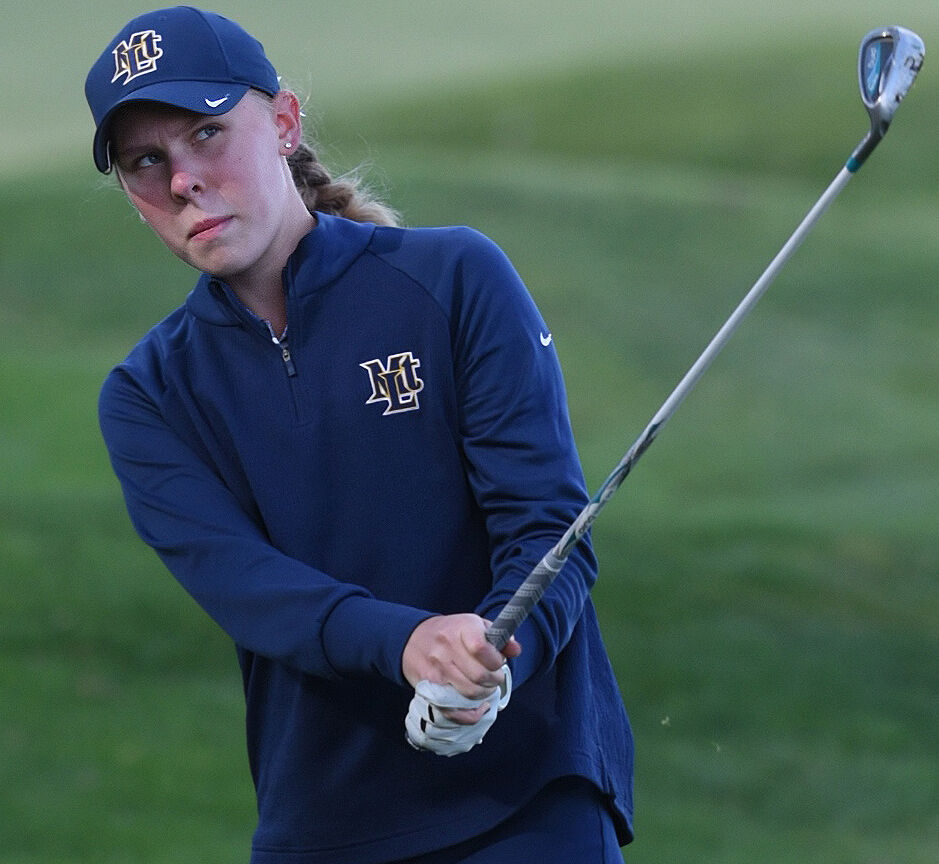 Lindsay Powanda keeps an eye on her shot during the WPIAL Class AAA girls championship at Oakmont. 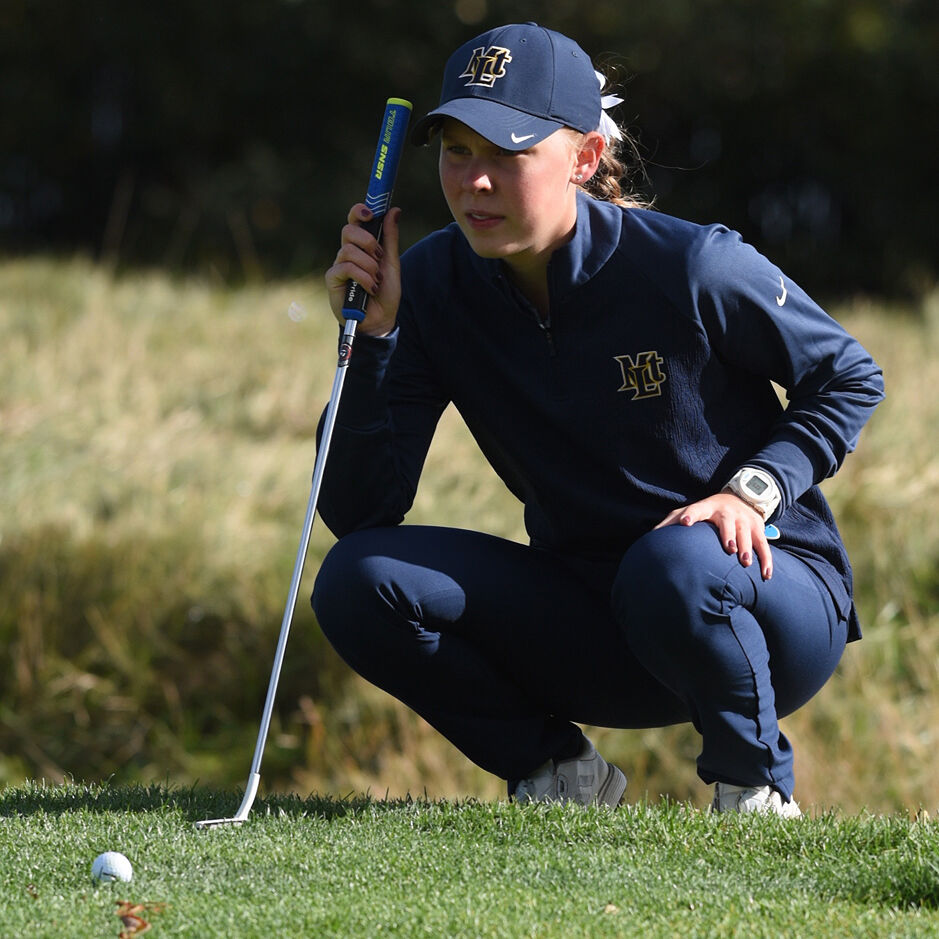 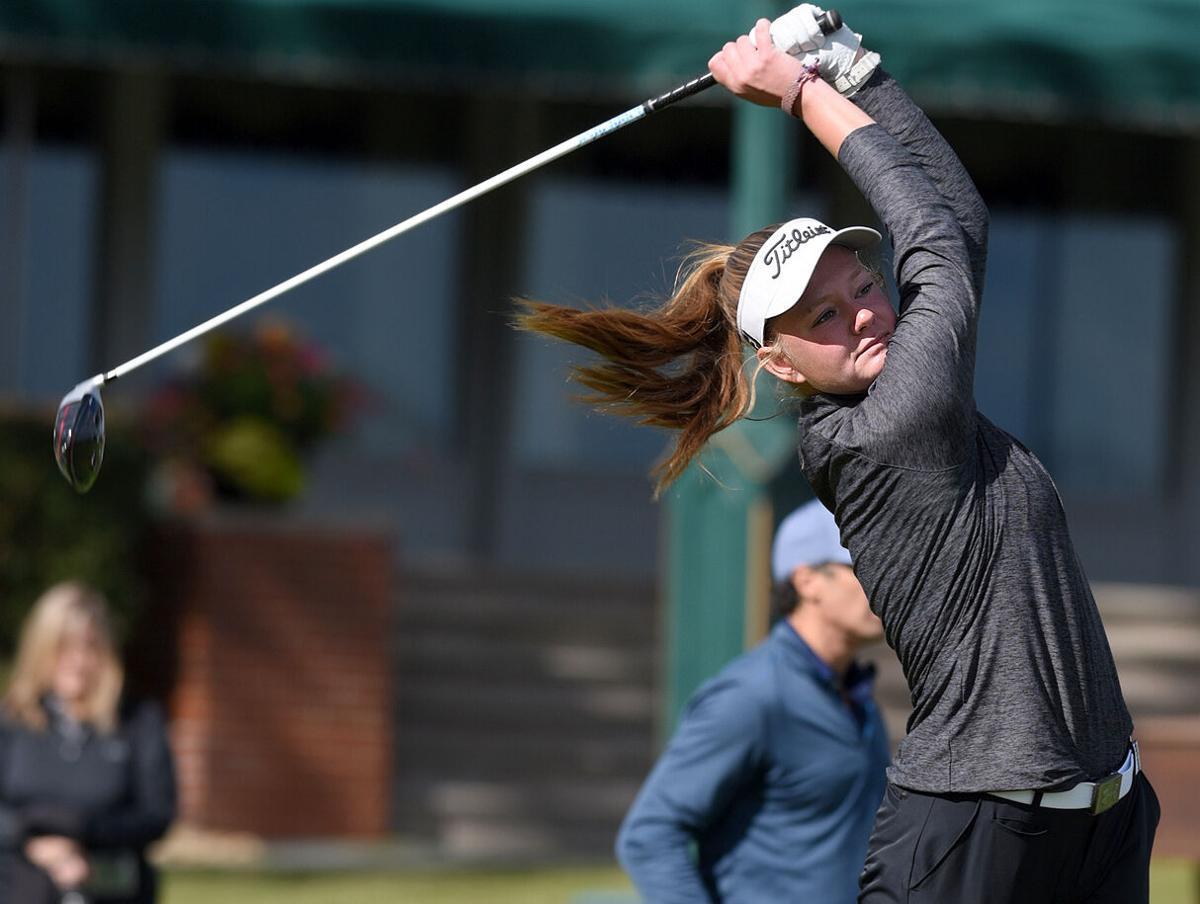 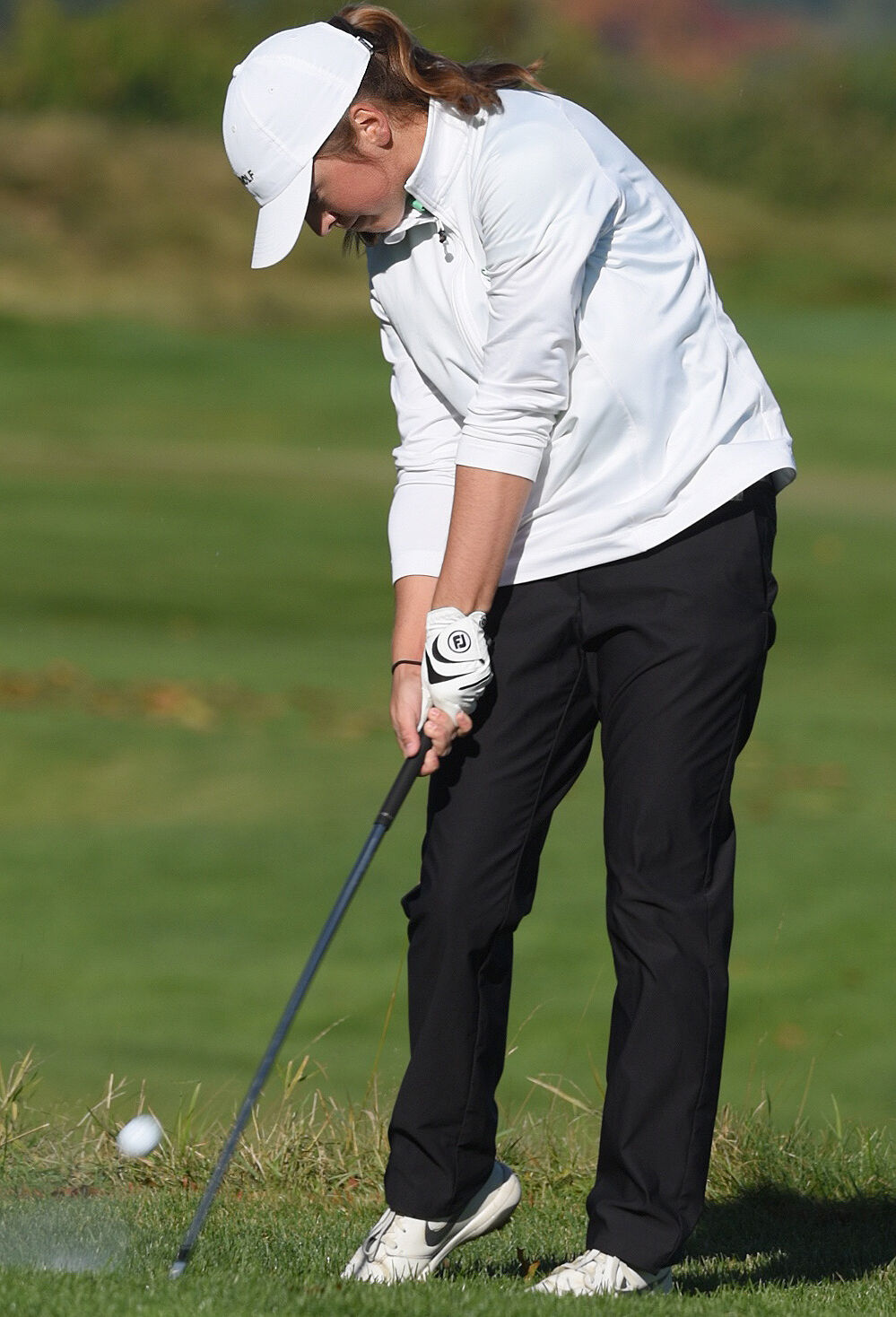 South Fayette's Carolina McConnell chips out of the rough during the WPIAL Class AAA girls championship at Oakmont Country Club.

Lindsay Powanda keeps an eye on her shot during the WPIAL Class AAA girls championship at Oakmont.

South Fayette's Carolina McConnell chips out of the rough during the WPIAL Class AAA girls championship at Oakmont Country Club.

“It’s really exciting. Having won here is truly amazing especially when you consider all the great wins and people who had played here,” Powanda said.

Powanda carded a 5-over-par 80. She impressed on the front nine with two birdies and only one bogey for a 37. She finished with a 43 on the back nine.

“I hit a lot of nice tee shots and putts on the front nine and that provided cushion for the back nine,” Powanda said. “The back nine is difficult and with the wind, it made it harder.”

Powanda entered the championships with one of the three best scores. So she knew she would be in contention for a medal.

“I knew it would be close, but I did not know with whom,” she said. “I just decided to stick with what has worked for me. I thought if I hit fairways and made putts, I would do alright.”

Since finishing runner-up as a freshman, Powanda knew victory was within her grasp.

“It’s always been a goal of mine. A dream,” she said. “Once you come in second, you keep trying. But you just never know what is going to happen on any given day.”

The junior carded an 82, two strokes off Powanda’s winning pace.

Ella McRoberts finished fourth with an 88 while her Peters Township teammates Delaney Kern and Allison Poon tied for fifth and ninth places.