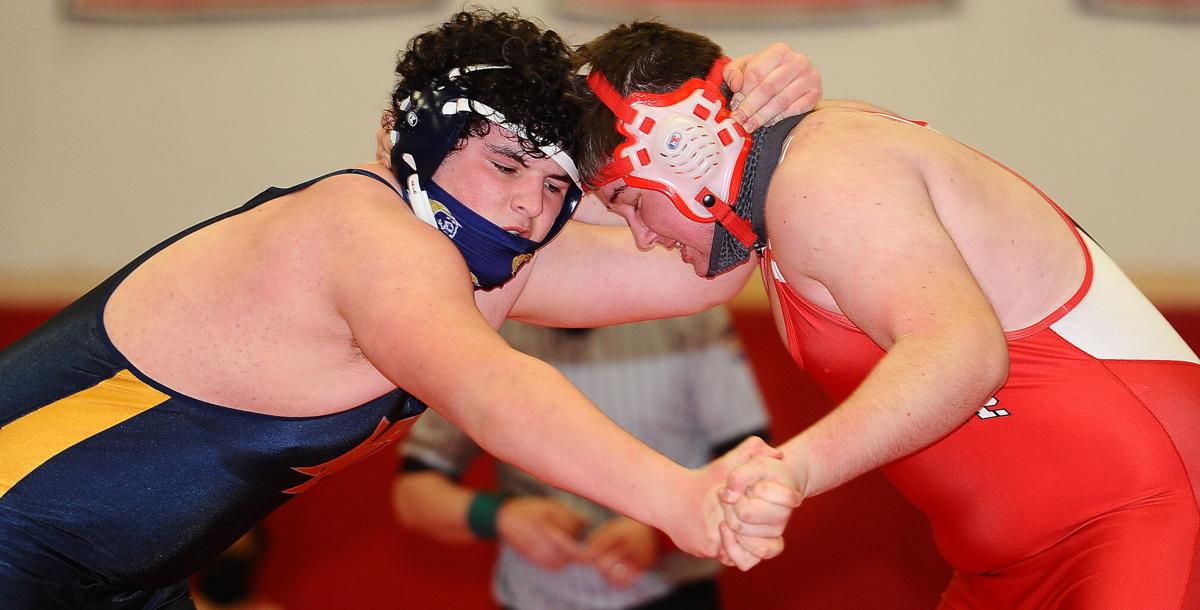 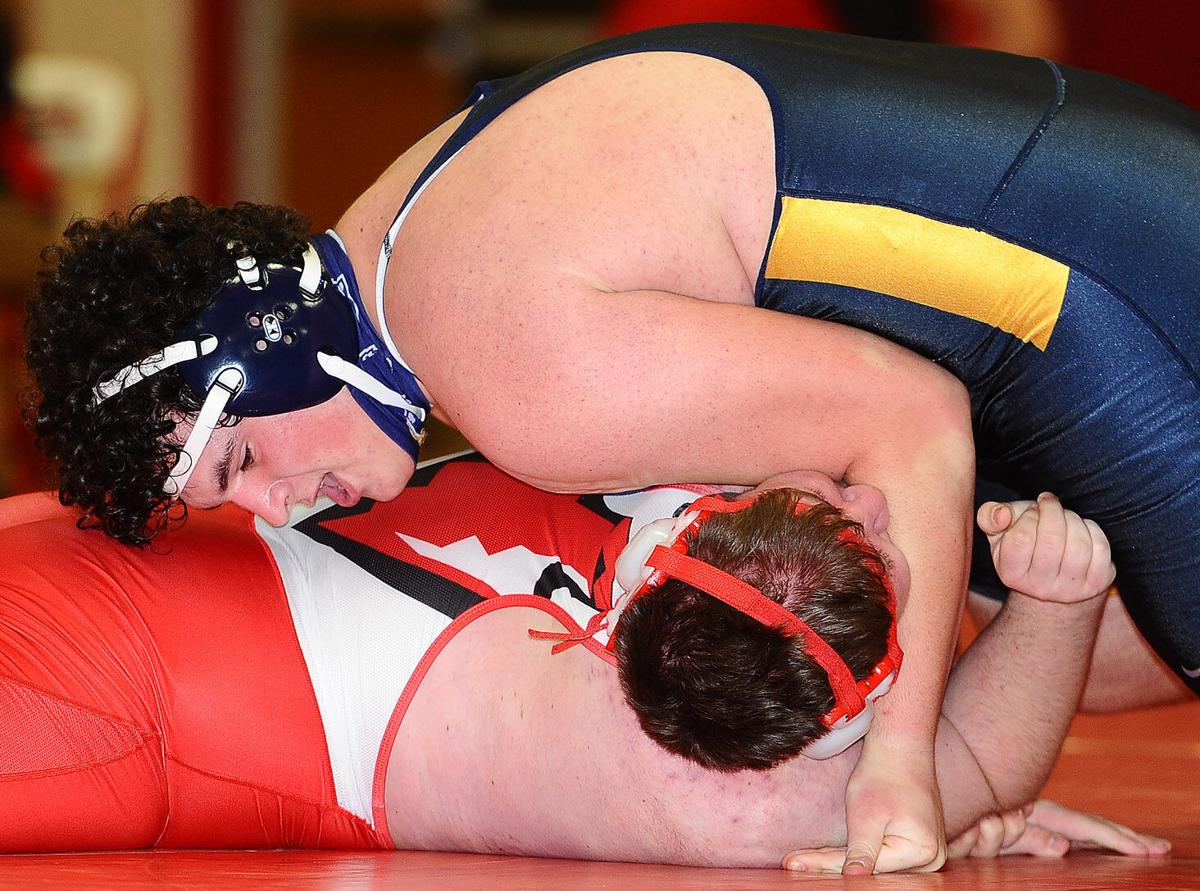 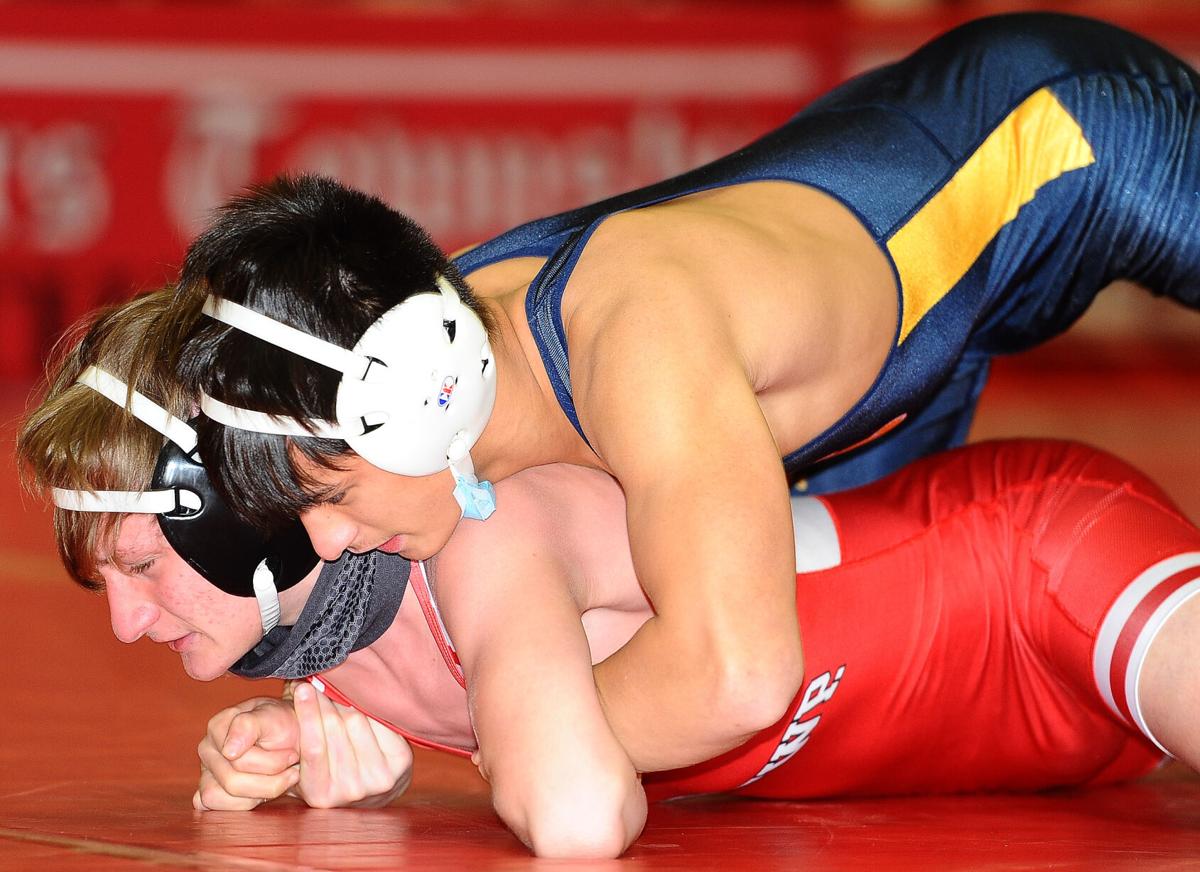 While four ranked squads dropped out of the section wrestling tournaments, forfeiting their chances to compete for a WPIAL Class AAA team championship, Mt. Lebanon opted in.

The Blue Devils got outmatched 72-6 by top-seeded Waynesburg in their first match.

The Red Raiders also dispatched Peters Township 66-6 on their home mats to claim the Section 4 title. The Indians had advanced to the finals because No. 6 Canon-McMillan dropped out of the tournament because several of its wrestlers showed symptoms of the coronavirus. None, however, had tested positive.

No. 3 Hempfield and No. 4 Franklin Regional joined the Big Macs in dropping out of the event ahead of the individual section tournaments, which are scheduled to start Feb. 16.

“It’s easy to look at a loss like ours and say what is the point?” Lebo head coach Marc Allemang said. “Teams have been dropping out of the playoffs and I completely understand their positions on making sure their kids stay healthy and limit the risk of exposure.

“My team is still fairly young” he continued. “A big part of this season for us has been about wrestling the top teams in the WPIAL.”

Lebo’s dual-meet schedule did not limit exposure to defeat. It did, though, introduce the youthful Blue Devils to keen competition.

“I wanted our guys to wrestle this schedule in part because it shows them what we need to do in order to continue to be competitive,” Allemang said. “Wrestling in Western Pa. is tough. We need to understand that and wrestle accordingly.”

Although the Blue Devils compiled a 3-15 record before wrapping up their dual-meet schedule with a Feb. 12 bout against Mars, they picked up two critical wins in sub-section competition. Lebo qualified for the team tournament behind undefeated Peters Township.

During the dual-meet season, the Blue Devils battled Seneca Valley and Waynesburg twice as well as Canon-Mac, Kiski, Norwin, Butler and Quaker Valley.

“Most of our schedule was against playoff teams,” Allemang said. “Now, we didn’t win any of those matches, and our overall record took a significant hit as a result, but this year was more about removing the fear of wrestling good kids and good teams.”

The Red Raiders featured a line-up that already boasts three NCAA Division I recruits in Nate Stephenson (Davidson), Wyatt Henson (Iowa) and Luca Augustine (Pitt). Allemang expects several more to follow with college commitments. Plus, sophomores – Mac Church and Rocco Welsh – as well as juniors – Colton Stinking and Cole Homet – are ranked second in the WPIAL in their respective weight classes. Freshmen Ky Szewczk and Joe Simon are rated No. 3.

“Waynesburg is a complete team, meaning they are strong at every weight class. Certainly, they have one of the best full line-ups I have ever seen,” said Allemang. “This group of kids certainly can compete with the best of them. As solid as they are, they are still very young.”

The only points either Lebo or Peters Township scored in their matches against Waynesburg were by forfeits – the Blue Devils at 126.

Currently, the Blue Devils are preparing for the individual tournaments.

Action begins with the sub-section matches to be held Feb. 17 at sites to be determined.

The top two finishers in each weight class advance to the sectional to be held Feb. 20. Again two wrestlers will move on to further competition.

The WPIAL Class AAA tournament will be held Feb. 27 at Canon-McMillan. The top three wrestlers advance to the Super Regional scheduled for March 6. The top four finishers qualify for the PIAA championships set for March 13 at the Giant Center in Hershey.

Acknowledging each step toward a state title get tougher, Allemang said, “You need to be at your best each week.”

Lebo’s process has involved careful consideration in training methods so as to avoid suspension of competition because of coronavirus concerns.

Allemang said his team has been “pretty fortunate” because training methods aimed at curbing the spread of the virus the Blue Devils have implemented have proven effective.

“The kids know that they need to report any potential symptoms so we can get ahead of what could be a cold vs. flu vs. Covid,” Allemang said.

“It has been a lot, but we are wrestling,” he added. “We need to continue to stay on top of things as much as possible in the next few weeks. But, overall this season, we have been doing a good job of that.”