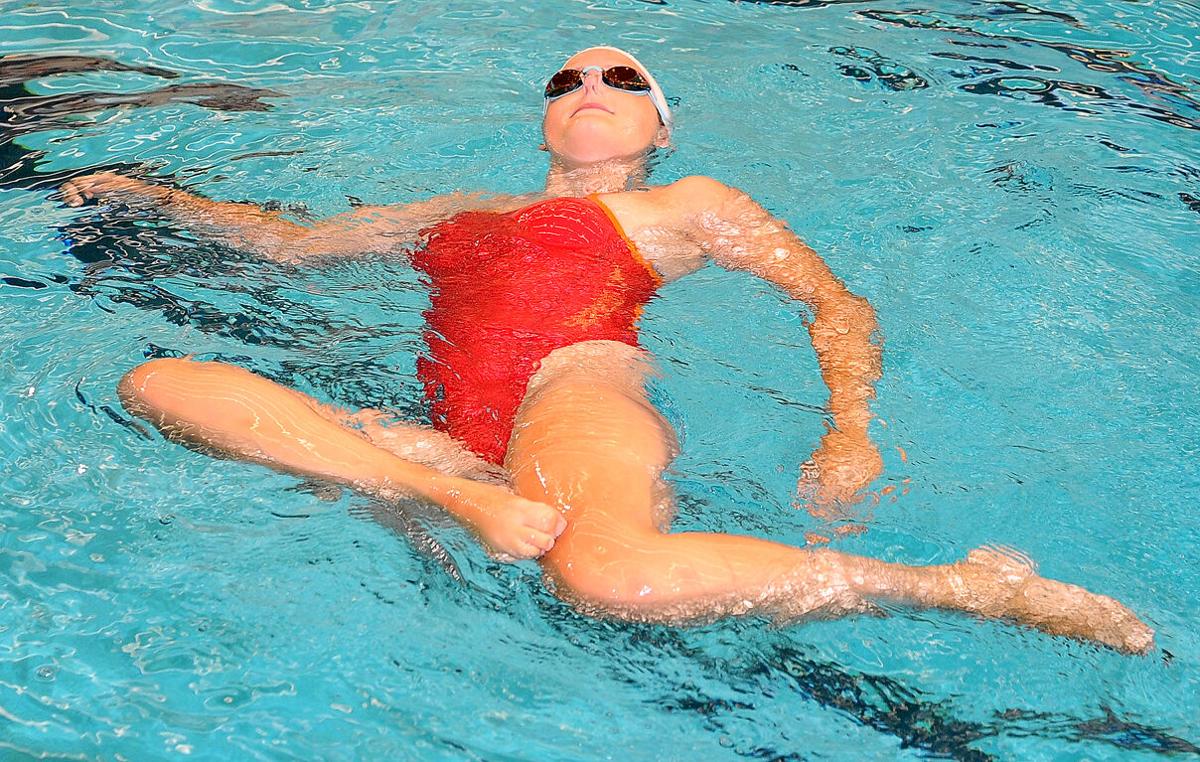 Ava Arnold of Bethel Park works on a move during practice. 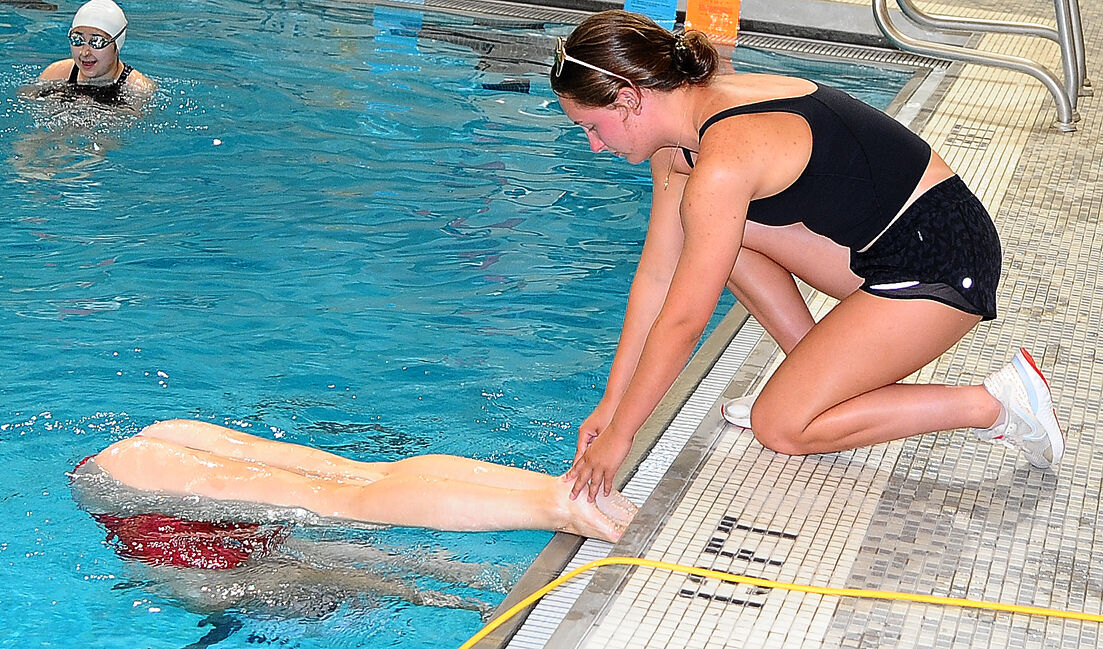 Natalie Cox of Mt. Lebanon works with members of the Pittsburgh Synchronized Swimming Club. Cox is the propulsion coach of the team. 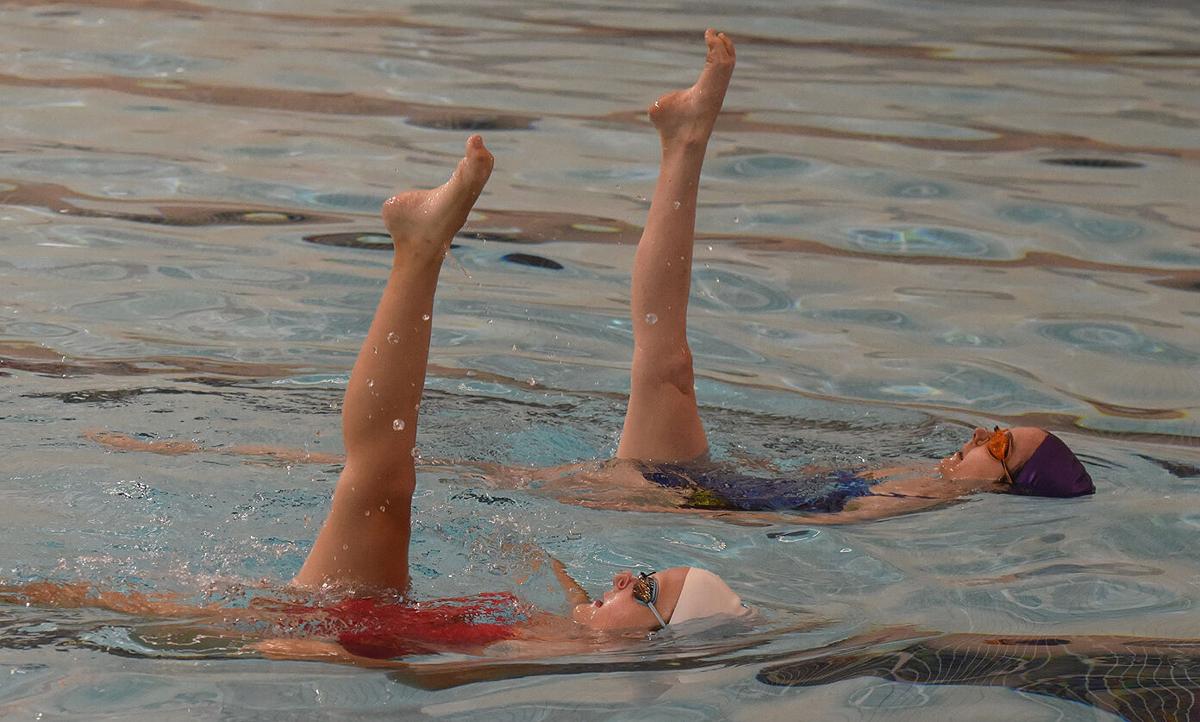 Ava Arnold of Bethel Park and Courtlyn Schmalzried of Peters Township perform a ballet leg during their duet routine at a Pittsburgh Synchronized Swimming Club practice. 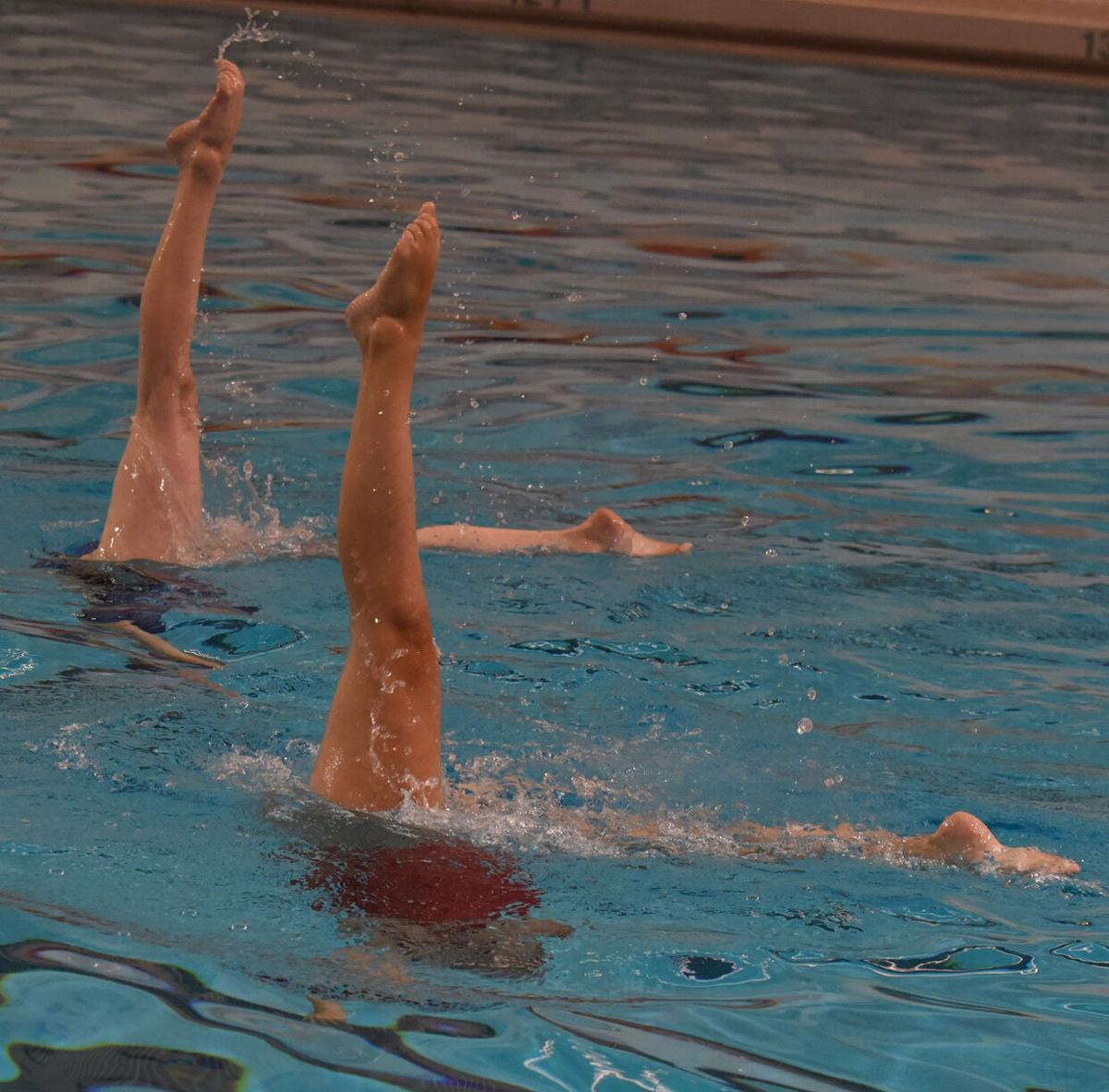 Submerged artistic swimmers perform a ballet leg during a routine. 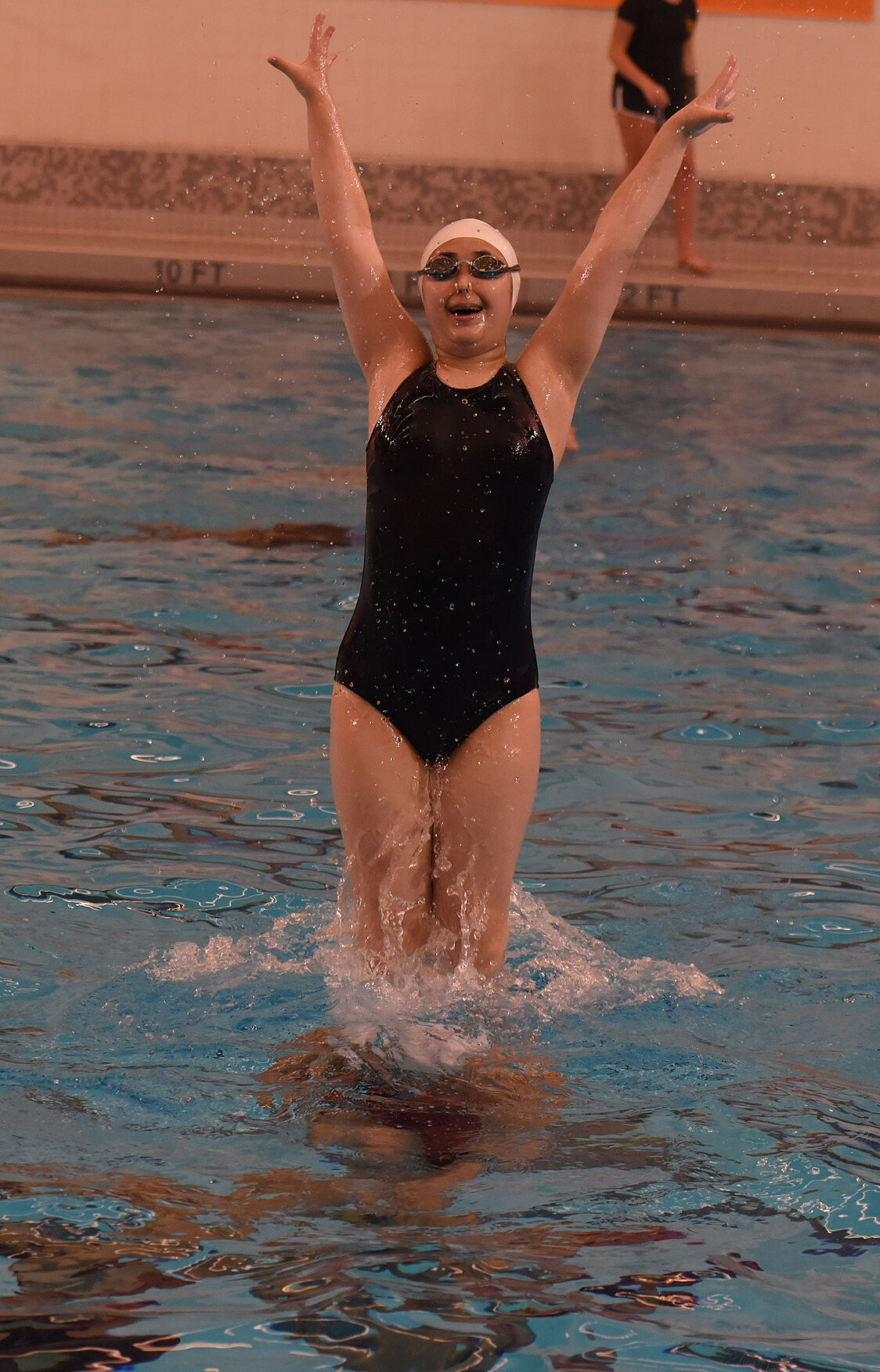 Rachel Xu emerges from the water on a lift from submerged swimmers during a Pittsburgh Synchronized Swimming Club practice. 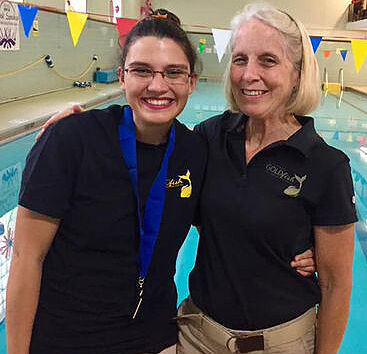 Debbie Hazlett, right, poses for a photo withSara Shulgach, who won gold in the 2020 Keystone Games in the solo division for synchronized swimming. Shulgach helps coach the Pittsburgh Synchronized Swim Club with Hazlett. 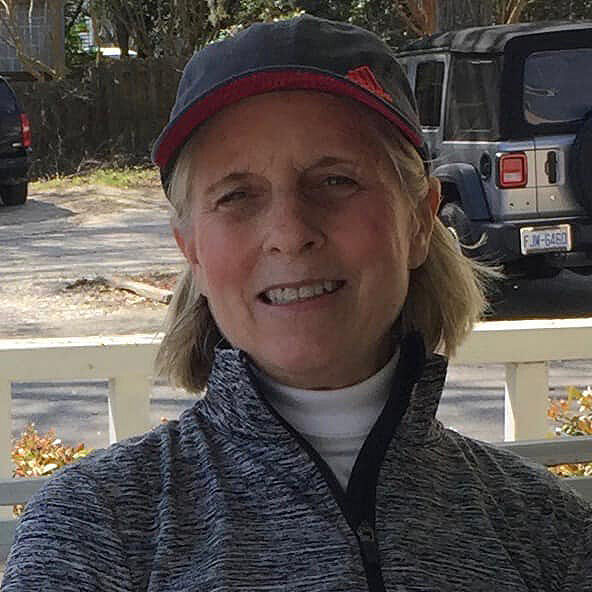 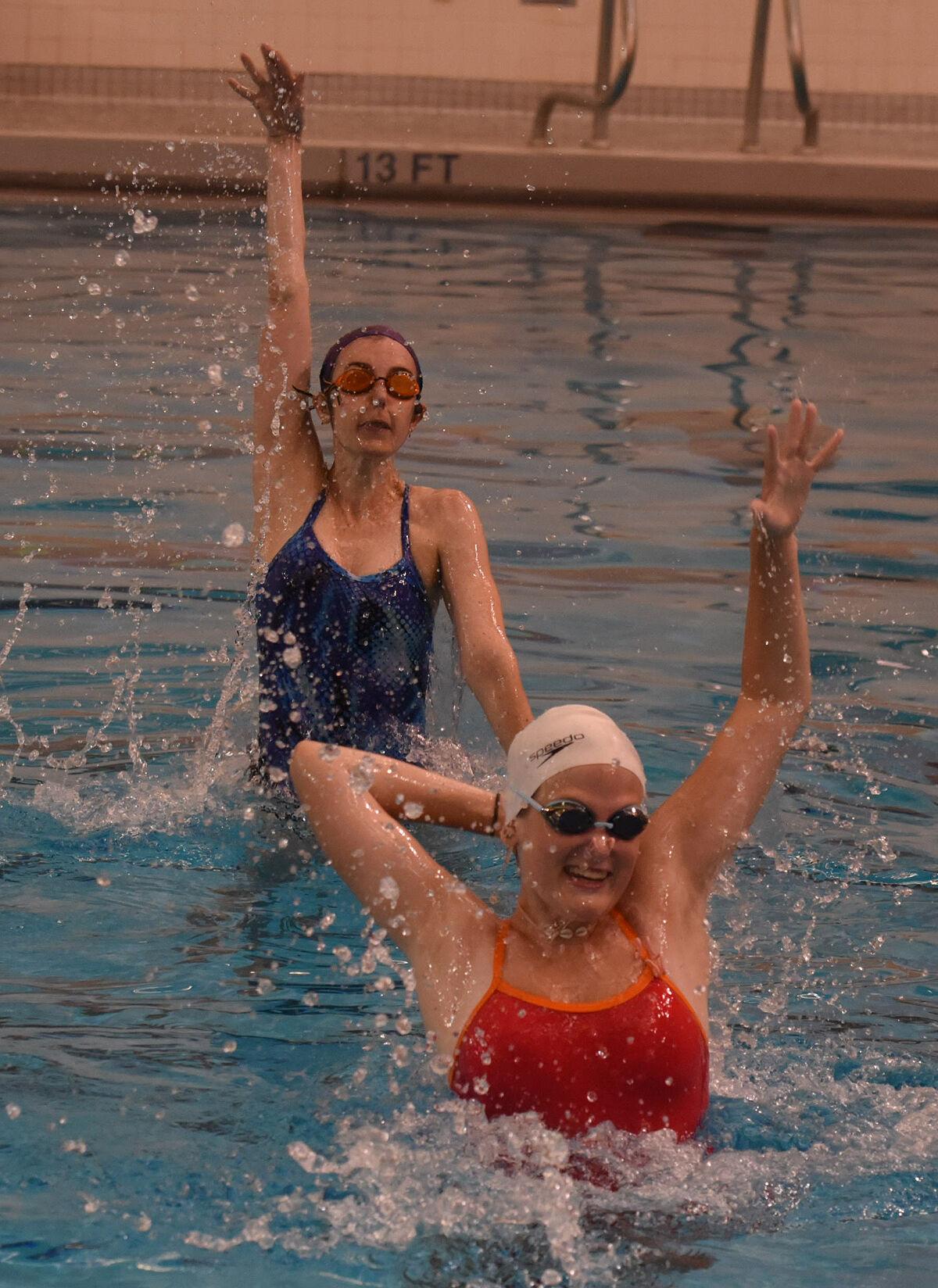 Ava Arnold of Bethel Park and Courtlyn Schmalzried of Peters Township push up and out of the water during their duet routine at a Pittsburgh Synchronized Swimming Club practice. 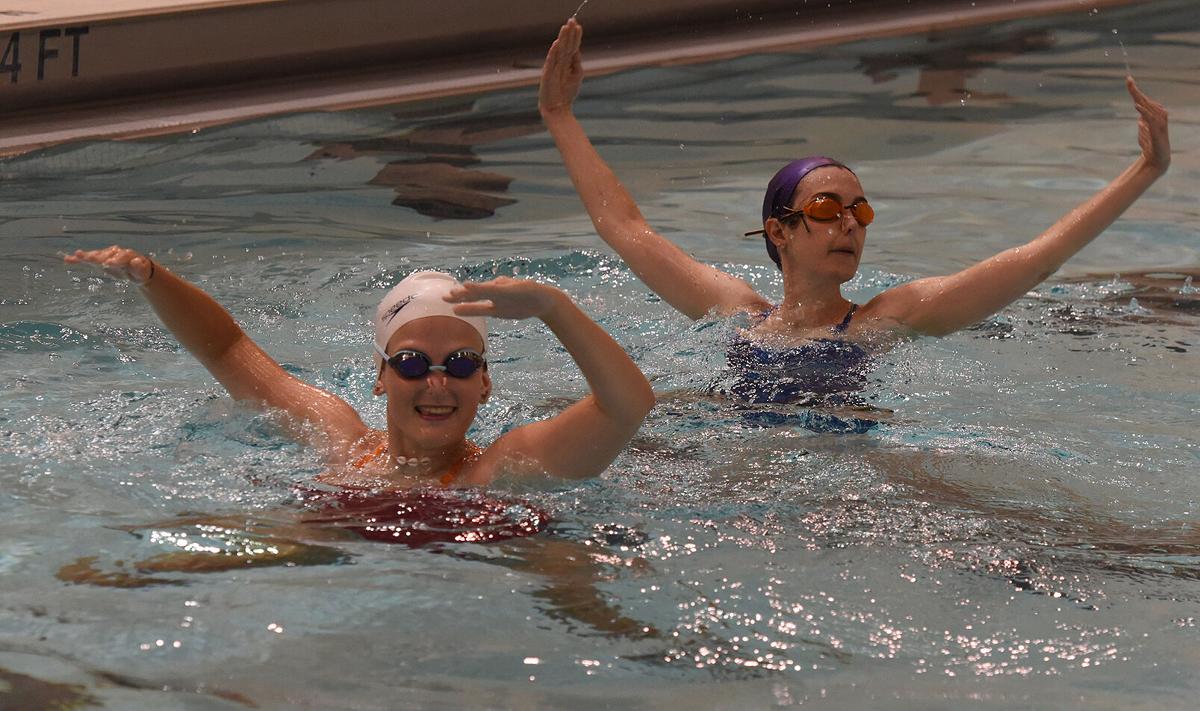 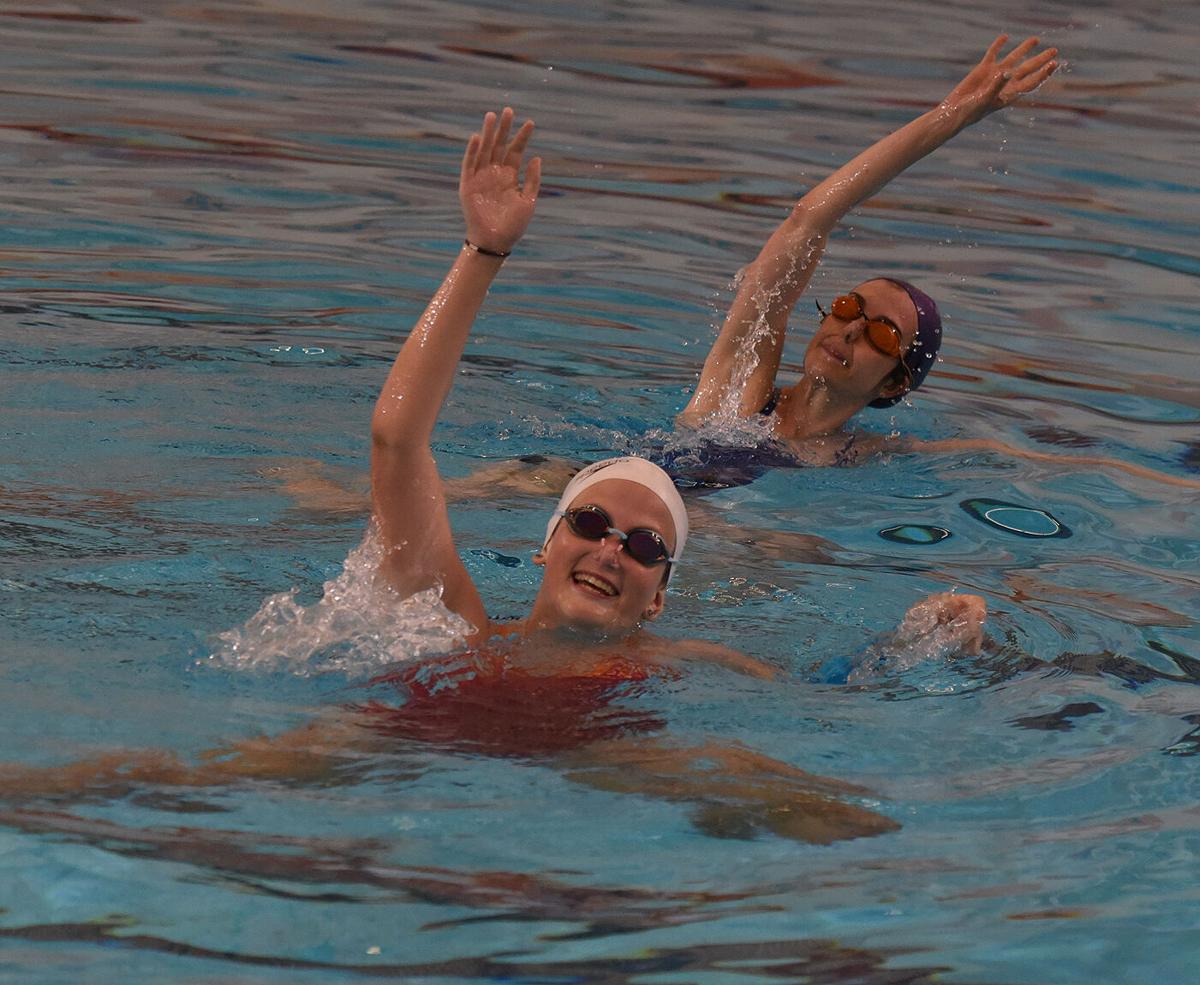 Ava Arnold of Bethel Park works on a move during practice.

Natalie Cox of Mt. Lebanon works with members of the Pittsburgh Synchronized Swimming Club. Cox is the propulsion coach of the team.

Ava Arnold of Bethel Park and Courtlyn Schmalzried of Peters Township perform a ballet leg during their duet routine at a Pittsburgh Synchronized Swimming Club practice.

Submerged artistic swimmers perform a ballet leg during a routine.

Rachel Xu emerges from the water on a lift from submerged swimmers during a Pittsburgh Synchronized Swimming Club practice.

Debbie Hazlett, right, poses for a photo withSara Shulgach, who won gold in the 2020 Keystone Games in the solo division for synchronized swimming. Shulgach helps coach the Pittsburgh Synchronized Swim Club with Hazlett.

Ava Arnold of Bethel Park and Courtlyn Schmalzried of Peters Township push up and out of the water during their duet routine at a Pittsburgh Synchronized Swimming Club practice.

Deb Hazlett of Mt. Lebanon epitomizes the adage, which is widely accredited to Benjamin Franklin, “if you want something done, ask a busy person.”

Hazlett gets the job done.

For more than 40 years, she has successfully balanced work, family life and personal interests.

Hazlett worked at the University of Pittsburgh, running the office that did faculty evaluations, while raising a family with her husband, David.

The couple nurtured two, tennis-playing children: Allison, who won a conference championship at the University of Mary Washington; and Peter, who after playing at Kenyon is now an assistant coach at George Mason University.

Hazlett also volunteers with the United States Tennis Association and sits on its Middle States Board of Directors. She also is active in her church and works summer vacation bible schools.

Now, she has revitalized the local synchronized swimming scene by establishing a club associated with Allegheny Mountain Swimming that trains at Bethel Park High School. Hazlett also hopes the Olympics in Tokyo will bring attention to the sport, now called artistic swimming.

Artistic swimming will be televised on NBC. The duet competition, featuring the USA team of Anita Alvarez and Linda Schroeder, runs Aug. 3-4 with the team competition set for Aug. 6-7.

“Watching the Olympics, viewers will see the exceptional power, synchronization and precision from teams like Russia, China, Japan and Ukraine,” Hazlett said. “Innovative routines that merge athleticism with artistic expression are other things to watch for, especially from the Japanese and Spanish teams.”

“The hope is that exhibitions and events like the Olympics will increase participation and competitive levels,” Hazlett continued. “Our goals with our club are to share artistic swimming with the community, prepare athletes to continue in collegiate programs, to provide competitive experiences that promote athletic and personal development and most important, to keep it fulfilling and fun for participants and instructors.”

Hazlett is a certified coach with USA Artistic Swimming. She attended the USA Artistic Swimming Coaches College in 2017 and 2018. She started competing in the sport at age 9. A Philadelphia native, she trained with the Middletown Mermaids and captained the Pennsbury Falconettes before swimming at the University of Pittsburgh under Hall of Fame coach Virginia Grindle.

In the 1970s and 1980s, synchronized swimming thrived in the Pittsburgh region thanks to the Young Men’s and Women’s Hebrew Association and the Jewish Community Center. In 1998, when the JCC decided to construct another facility in the South Hills, Hazlett was thrilled. Her excitement waned when she saw the pool depth would only be 6 feet, 5 inches.

“I was in tears,” she said. “I knew we couldn’t do it because of the complicated lifts. They can’t be done at that depth. So I made the decision to pursue another pool.”

By 2016, Hazlett was rejuvenated when she caught wind of a program initiative.

“It sparked my interest,” she said. “This was on my bucket list of things to do.”

With Beth Ansell and Courtlyn Schmalzried of Peters Township, she founded the Pittsburgh Synchronized Swimming Club. In partnership with the Bethel Park Recreation Department, the group found a home at Bethel Park High School.

“We interviewed and looked at many facilities and chose to have it at BP,” Hazlett said. “It’s great to work with the recreation department.”

Since 2017, the group has practiced and competed continuously except when COVID-19 restrictions were imposed in 2020. When the team returned to the water in the fall of 2020, they could not do lifts, joined moves or deck work.

“You adapt,” Hazlett said. “You figure it out.”

A new session begins in September. Registration opens in mid-August and can be completed online through the recreation department or in the Bethel Park Chronicles. Classes are offered Tuesday and Thursday events and Sunday afternoons. Competitions start in January and the season runs through June.

Four sports in one

“It’s 1/3 artistic, speed and gymnastics,” Hazlett said. “You need to know all of the strokes.”

The sport is divided into levels. Tests are performed to move up a grade.

“It starts easy because you want to insure longtime athletic development,” Hazlett said. “What you are doing is appropriate for each skill level. You don’t want to teach complicated things until they have the basics down. It’s about building strength, especially the core muscles. That’s important.”

Courtlyn Schmalzried, 33, of Peters Township started in the sport at age 7. In addition to speed swimming for Central York, she joined the synchronized swim team at the York YWCA. She played water polo at Pitt.

Schmalzried is a masters artistic swimmer and a national champion as a duet. She said a background in gymnastics or ballet is “useful” but not necessary.

“We teach the sculling and putting the face in the water and being upside down. Breath control, finding the rhythm and beat are things that can be learned,” she said. “The biggest thing is having interest in learning something new, a willingness to practice and a determination to be part of a team sport.”

Coaches choreograph and cut music for routines, which have imposed time limits.

As a result, the Pittsburgh Synchronized Swimming Club balances its 90-minute practices between strength and flexibility. Practices start with 30 minutes of lap swimming. The segment includes a mix of strokes, sculling and syncing moves. The remainder of the session is dedicated to routines and work on elements and tricks like ballet leg, pinwheels or barracudas.

“Having strong legs and a core are critical,” said Schmalzried. “The hardest thing to do is the breath control. It takes practice and time to build up to it. You need strength as well to scull and keep your legs out of the water and get as much height as you can.”

Natalie Cox, 17, knows all about endurance and power.

She excels at the 500-yard freestyle while swimming competitively for Mt. Lebanon High School as well as the Mt. Lebanon Aqua Club.

A rising senior, she hopes to compete in college.

Cox is the propulsion coach for the Pittsburgh Synchronized Swimming Club. In addition to honing the swimmer’s kicking skills, she focuses on their transitions from each stroke and mechanics.

Artistic swimmers execute scissor and eggbeater kicks. The former moves one forward while the ladder keeps the upper body steady and out of the water during a routine by using an alternating, circular movement of the legs.

“Kicking is always important because it keeps you afloat. Without kicking, you can’t do anything else,” Cox said. “Obviously you need technical skills but you need to move up and down the pool efficiently to meet the requirements of the routine.”

Recently, Ava Arnold and Avry Miller collaborated for fifth place in the duet category during the East Zone Championships. Individually, Arnold was one of the top finishers with a third-place solo performance in the 16-and-over age group.

A rising sophomore, Arnold hopes to parlay her skills into a college scholarship.

“My goal is to be good enough to do this in college,” she said. “To make a (college) team would make me so happy.”

Arnold started in speed swimming, specializing in the freestyle and butterfly strokes in fifth grade. She turned to artistic swimming upon a friend’s advice.

“It was fun and I liked it because it’s a great team sport and you can make a lot of friends. We are a tight-knit club,” she said.

Knox is the gel-like substance place in an artistic swimmer’s hair to keep it in place during a routine performance.

The swimmer’s hair is put up into a tight bun and then secured with bobby pins and a hairnet.

Knox is prepared by mixing packets of unflavored gelatin with hot water to make a gel, which is then combed into and painted onto the hair.

For long-haired blonde swimmers like Ava Arnold it’s more challenging than holding one’s breath or getting in sync.

“Putting Knox in you hair is the hardest part about synchronized swimming,” she said.