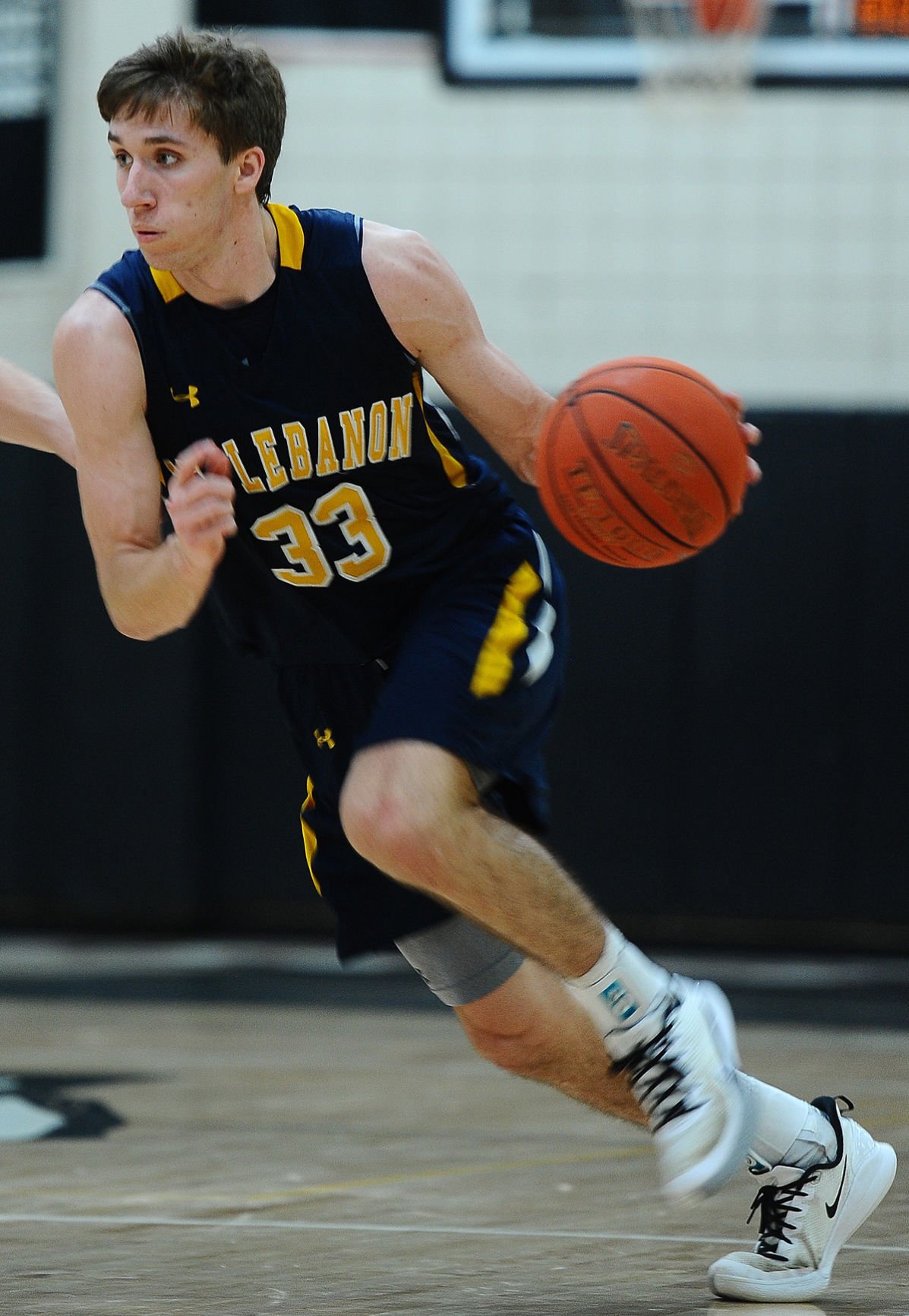 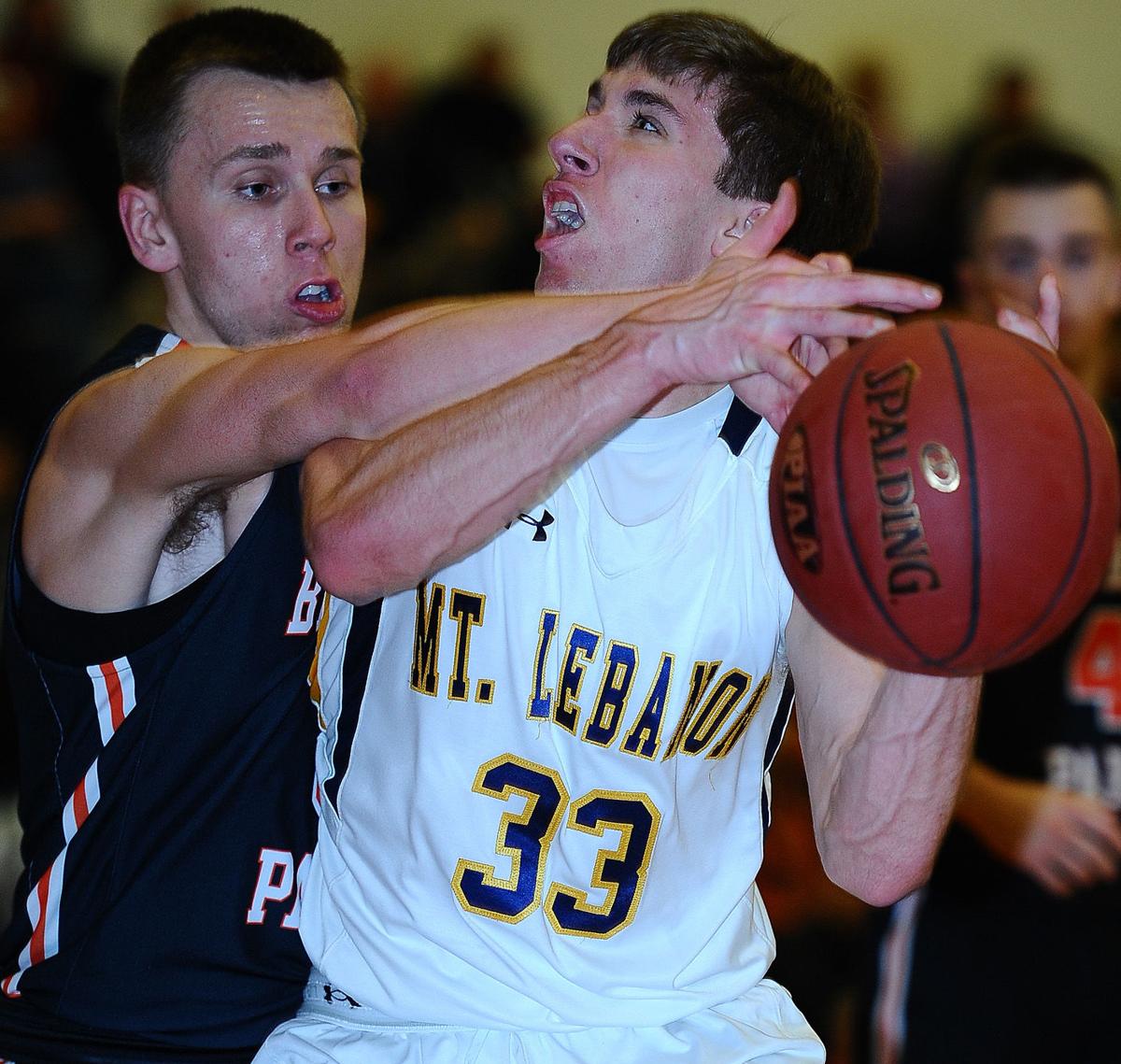 Mt. Lebanon’s Jake Hoffman is fouled during a recent game against Bethel Park. 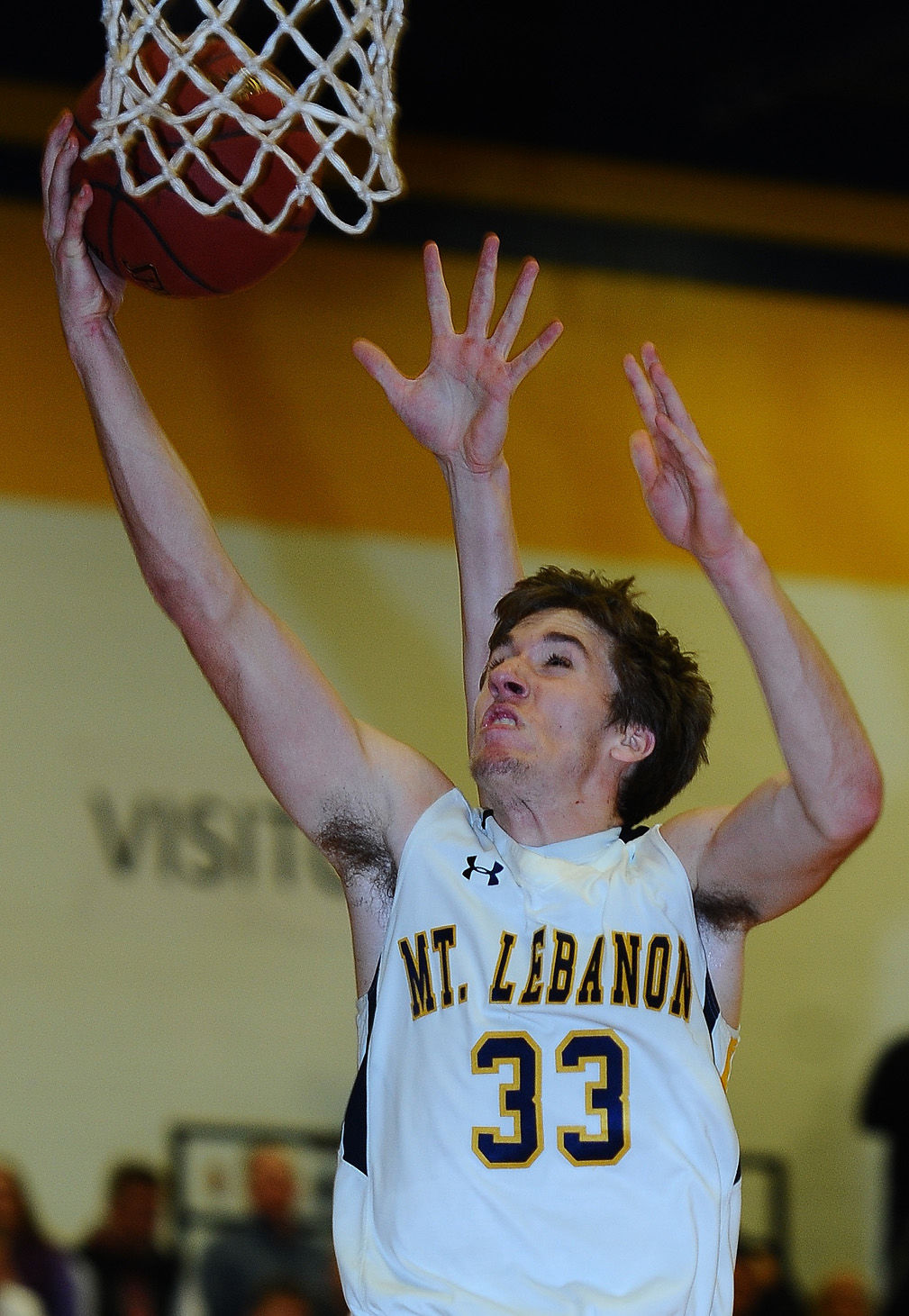 Jake Hoffman soars to the basket for two.

Mt. Lebanon’s Jake Hoffman is fouled during a recent game against Bethel Park.

Jake Hoffman soars to the basket for two.

Jake Hoffman arrived at Mt. Lebanon High School like many unheralded freshmen despite a bloodline that would seem to make him destined for greatness on the gridiron.

His great uncle, Bill Tate, was named 1952 Rose Bowl MVP after rushing for 150 yards and two touchdowns for Illinois in a 40-7 win against Stanford. His cousin, Paul Lang, had a free-agent tryout with the Pittsburgh Steelers after playing at Michigan State.

Hoffman, however, played basketball just like his 23-year-old brother, Matt.

A 6-3 forward, Hoffman will graduate as one of the school’s most prolific scorers. He became only the sixth player in school history to surpass the 1,000-point plateau with 23 points in a 66-45 win over Peters Township.

“Honored to be in this group of guys,” said the 18-year-old son of Mike and Christy Hoffman. “Honestly, though, I never thought it would happen.”

Considering Hoffman did not start until the last game of his sophomore year that’s not too surprising.

Hoffman said he was nervous his freshman year and then Mt. Lebanon basketball coach Joe David moved to a house across the street. He said David “kept an eye” on him.

“I was not the best,” he said, “but coach David believed in me. My older brother was a big influence on me, but coach David gave me all the confidence I needed.”

This season, he again has the Blue Devils poised to make another run at a district title.

Hoffman ranks among the WPIAL scoring leaders with a 22.9-point average.

“Jake’s a very good shooter. That’s what he does,” David said. “He’s also a fantastic athlete — quick and fast.

“This year, though, all aspects of his game have improved because we need his mid-range game and his ability to finish at the rim. He’s practiced on his ball-handling skills and worked hard in open gyms. He’s really gotten out of it what he has put into it.”

Hoffman played football in middle school, baseball through his freshman year and competed on the track team until he was a sophomore. He said he now only plays basketball because of his “love for the game.”

Hoffman said working out with teammates has made a big difference for him.

“That’s what really has helped because we all have the same goals in mind,” he said.

After clinching its fourth straight section title, Mt. Lebanon is poised to defend its WPIAL championship.

Hoffman exploded for 19 points in the Blue Devils’ WPIAL title game victory over Butler a year ago.

Despite Butler being regarded as the team to beat for a WPIAL championship this season, Hoffman said his team should be able to rely upon its experience to knock the Golden Tornado off again.

“We have to distribute and work together to get the best shots we can,” he said. “Individually, my offensive game is something the team has relied upon, but I would like to improve my defense.

“Since we have a lot of guys returning, we have that connection. We are a close group of guys. We love to play together and love to show up and practice together. We know what we have to do. We anticipate a fight, but we have what it takes.”

Hoffman also has what it takes to play the game at the collegiate level. He has a 4.4 GPA, is in National Honor Society and has narrowed his college choices to Allegheny or Wooster colleges where he plans to pursue a business degree.

“I am looking for a place with the best academics and where I can help a team win a conference and national championship,” Hoffman said.

He said his academic success translates into success on the court.

“If you are smart in the classroom, then that correlates into making good decisions on the court,” Hoffman said. “That work ethic in school also transfers over to the player in the game.”

David said he sees Hoffman replicating the success he has enjoyed at Mt. Lebanon at the collegiate level.

“Jake has had a wonderful career here at Lebo,” David said. “He’s been an excellent scorer and great player. All aspects of his game have improved because he has worked very hard.

“In college, Jake will do fantastic because he will be playing against better players all of the time. He will continue to develop and improve.

David said Hoffman can have even greater success off the court.

“He’s a wonderful person. A very nice young man — kind, cordial, compassionate,” David said. “He’s got great bloodlines, comes from a great family that has made a big imprint on the community.”

In addition to the philanthropic endeavors of his grandparents, Reginald and Lillian Tate, Hoffman’s uncle Bob owns Potomac Bakery.

“They make all our birthday cakes,” he said of his uncle’s bakery. “Their brownies are really good, too.”

Before graduating from Mt. Lebanon, however, Hoffman has some goals he would like to achieve on the basketball court. He said that starts with avenging a loss to Butler earlier this season.

“We want that WPIAL title,” he said. “We have a chip on our shoulders, but we know what is out there. We know what that competition is so we have to be ready and stick in there — stay focused and push to the max.”

Color: Green color of my eyes

Thoughts on the Super Bowl: “I was rooting for the Chiefs. It was entertaining.”

People might be surprised to know this about you? “I lived in Orlando for five years.”

Who would you like to have dinner with: Kobe Bryant “I always admired how hard he worked to become the player he was. I could look up to him.”

Who would play you in a movie: Leonardo DiCaprio

What you do in your spare time: Watch Star Wars movies.

What life lesson has sports taught you: “To always live in moments and cherish them because they go by quickly.”

In 15 years, I will be: A successful business man and living somewhere that has warm weather.”