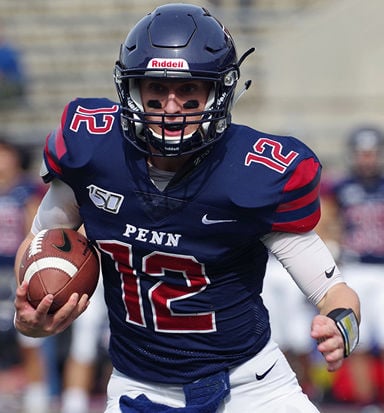 Eddie Jenkins was named the Collegiate Sprint Football League's Player of The Year. The Mt. Lebanon product scored a league-high 26 touchdowns in leading Penn to a 5-2 season. 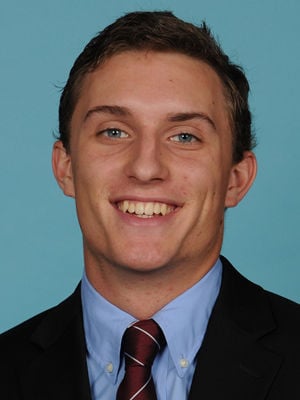 Eddie Jenkins was named the Collegiate Sprint Football League's Player of The Year. The Mt. Lebanon product scored a league-high 26 touchdowns in leading Penn to a 5-2 season.

In leading the Quakers to a 5-2 season, Jenkins tied the single-season program record for total touchdowns with a league-leading 26. He also led the league with 16 rushing touchdowns, 1,777 yards of total offense, and an average of 253.9 yards per game.

Jenkins was named CSFL Offensive Player of the Week in three of the league’s seven weeks and scored seven total touchdowns in a single game on two occasions—against Cornell and Alderson Broaddus.

The All-CSFL selection is Jenkins’ third and is his second first-team honor.

The 5-11 senior was a three-sport athlete (competing also in basketball and baseball) at Mt. Lebanon. He was a member of two section championship baseball clubs and one basketball squad. He earned all-conference honors in each sport and was twice named to The Almanac Diamond Dozen unit.

The son of Amy and Dan Jenkins is enrolled in the College of Arts and Sciences at Penn.