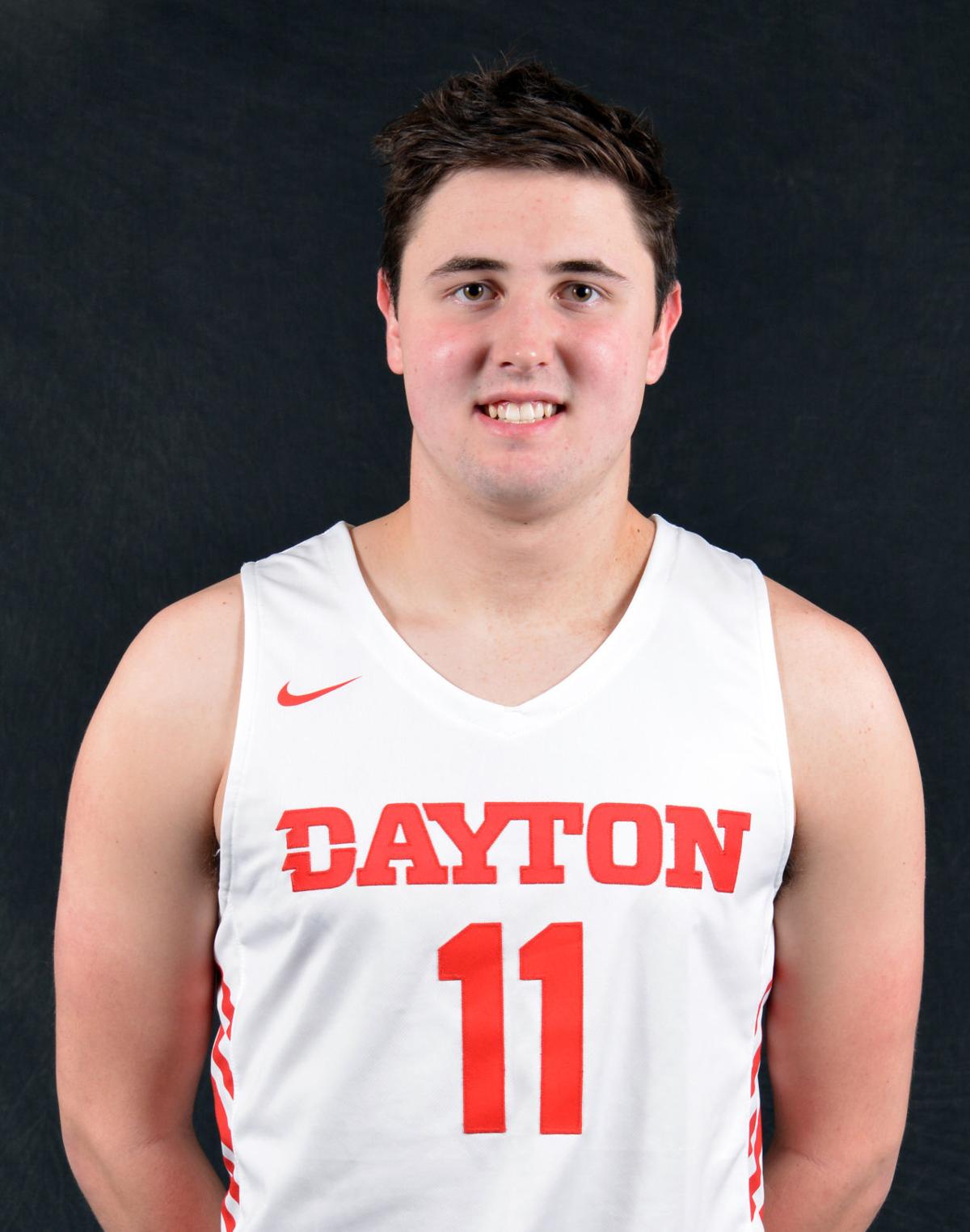 Sean Loughran of Mt. Lebanon earned a spot on the Dayton men's basketball roster as a walk-on. 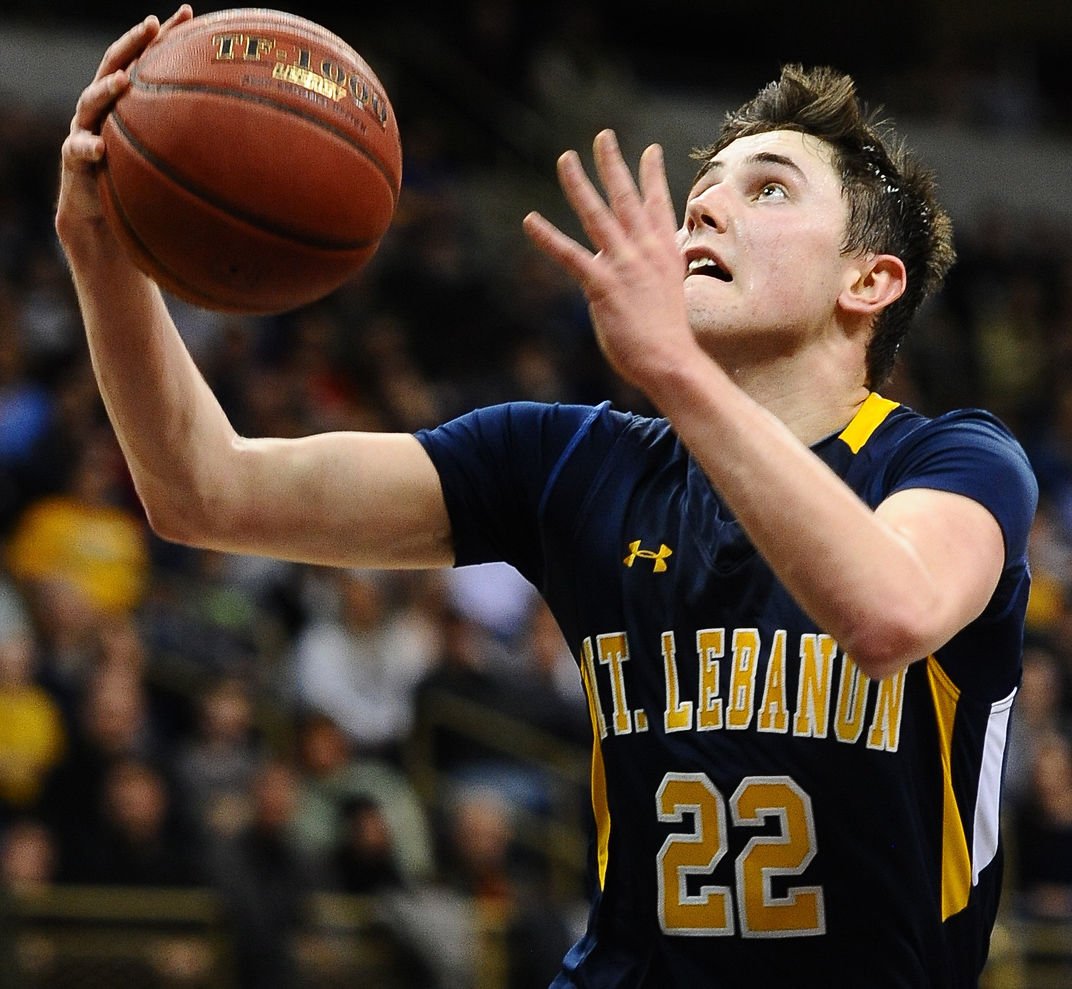 Sean Loughran of Mt. Lebanon earned a spot on the Dayton men's basketball roster as a walk-on.

When Sean Loughran played basketball at Mt. Lebanon High School, the 6-3, 200-pound sophomore was nicknamed Jimmy Chitwood for his ability to knock down the shot just as the Hoosiers’ star did in leading his team to a state championship.

Loughran, too, led the Blue Devils to a WPIAL championship last winter. He averaged 13.7 points and buried a team-high 66, 3-point field goals during a 24-4 season, that also included a sectional title.

Loughran, like Chitwood, took his own little break from basketball. He, too, chose to focus on his future and his studies as he enrolled at Dayton University to major in business, specializing in accounting and economics.

During the summer months, Loughran neither practice nor lifted. He played “a bit of pick-up” once he arrived on campus. As much as he wanted to continue playing organized basketball, he never envisioned competing at a Division I program like Dayton. However, he eagerly attended a tryout after receiving an invitation from the Flyers’ player development director.

“Actually, I had emailed (Brett Cromer) last year, wondering if there was any way to (walk-on) and the week before tryouts, he contacted me,” said Loughran. “If I didn’t try it, I would regret it.

Four weeks into the practice season, Dayton added Loughran to the roster.

“When Brett called me in for the meeting and told me, I was so grateful. I never expected to come here in the fall and make the team. It’s so cool. So awesome. This is a great basketball school. The tradition is so rich and the reputation is so good. It was crazy to think that last Saturday, I was there on the bench and there were 13,000 people there watching the team play.”

As a walk-on, Loughran understands that he will be watching, too, more than playing. His role, mainly, is to prepare the starters in practice for their games. For example, he may serve as a passer for Monday and Tuesday drills and work on the scout team for game practices Thursday and Friday. After the daily three-hour workouts, he spends time watching game film before hitting the books to do his homework.

“I’m part of the team and I will do whatever I can to help out,” he said. “My job is to mirror the guys on the other team that our guys will play. My chances of getting into a game are not high. Maybe if there are two minutes left and we are up by 30 points,” he explained. “But my goal is to be a great teammate, help out as much as I can and be part of a great tradition.”

Loughran’s achievement is no fluke. He could have played at the Division III level as a program such as Marietta but he said “he did not want another Mt. Lebanon” for his college experience.

“It was not dumb luck,” he explained. “I played hard,” he said of the tryout. “I stood out to coaches not just because I knocked down the shot but because they were looking for good teammates and I played as hard as I could.”

That did not surprise Joe David. The Mt. Lebanon High School boys’ basketball coach encouraged both Loughran and Dayton to give the relationship a shot. He even enthusiastically endorsed Loughran when the Flyers did a background check.

“I always encourage my players to step out of their comfort zone and take chances. Sean and I talked before he did this. I know it takes courage to throw yourself out there but I told him how proud I was of him.

“When Dayton called and expressed how much they like Sean and wanted to know more about him because the last thing a school wants is a situation that disrupts the team, I told them he was the perfect kid for them.”

David recalled his four seasons coaching Loughran and noted how he came off the bench to help the Blue Devils his junior year before moving into a starting role as a senior, where he contributed 3.6 rebounds, two assists and nearly that many steals a game in addition to being a sharpshooter.

“Sean understood our culture and that team came first. He came to practice every day and worked his tail off. That said a lot about his character. He has character, integrity and values. He’s just a great young man.”

Having two sons–Justin and Jonny–that were walk-ons at South Florida and Kentucky, David understands what role Loughran fills for the Flyers. He also knows Loughran understands his position.

“Walk-ons have no grandiose ideas of playing time. They fill needs in practice. All programs have them and Sean fulfills that need. Sean could have been a big-time Division III player but he chose to be a student. He has no great expectations of playing significant minutes but it’s going to be a wonder experience for him to be a part of a Division I program. It’s a reward for what he does. He’ll make great connections and be part of a culture. Having been a part of a championship, he knows what a locker room should be like.”

For Loughran, winning a WPIAL championship, indeed, had been the highlight of his scholastic career.

“My senior year was so special. The best time of my life,” he said of the 2019 high school campaign that ended in the quarterfinals of the PIAA tournament, with a loss to eventual state champion, Kennedy Catholic. “Playing at Mt. Lebanon is so special. It’s another tradition there. Great coaches, who are all great guys, and great teammates to be around.”

Loughran added that he learned many lessons playing for the Blue Devils that are helping him transition to his role at Dayton.

“You have to be patient and play as hard as you can but you also have to be the best teammate you can be. My goal is to get my teammates ready to play and reach the team’s goals,” he said of winning an A10 championship and advancing deep into the NCAA tournament.

One way Loughran seeks to do that is making sure his shots are on target. Just like Chitwood, Shooting as always been Loughran’s trademark.

“Sean has a great understanding of the game and he’s a great teammate but shooting is his strength,” David said. “He’s a shooter. He can knock it down.”

Loughran admitted he always “loved” to shoot the ball. That was the “fun” part of the game. However, shooting required work. As a youth, he started shooting hoops at the park near his house. When he served as a ball boy for his father, Dennis, who was an assistant coach at Keystone Oaks High School, Loughran always shot after practice.

When he arrived at Mt. Lebanon, the practice continued. Loughran would try to shoot 250 shots during open gyms. After regular practices, he would attempt at least 100, 3-pointers. While he’d make about 60 percent of them, he never shied away from shooting when he hit a dry spell.

“The secret,” he said to success, “is to have confidence to shoot the next one. Forget about the last one you missed. Don’t hold anything back.”

At Dayton, Loughran is doing just that.

Color: White. “I like the way it looks, particularly for clothes. I remember when our team had a white out and it was so cool.”

Restaurant: Primanti’s “I miss it so much.”

Movie: The Other Guys

People might be surprised to know this about you? “I can solve the Rubick’s Cube in under a minute.”

Life lessons from basketball: Time management, how to work hard and be patient

Dream destination: Hawaii. “Looking at a volcano would be insane.”

In 10 years I will: “Have a good solid job and be starting a family. I hope to move back to Mt. Lebanon because it’s such a good community.”