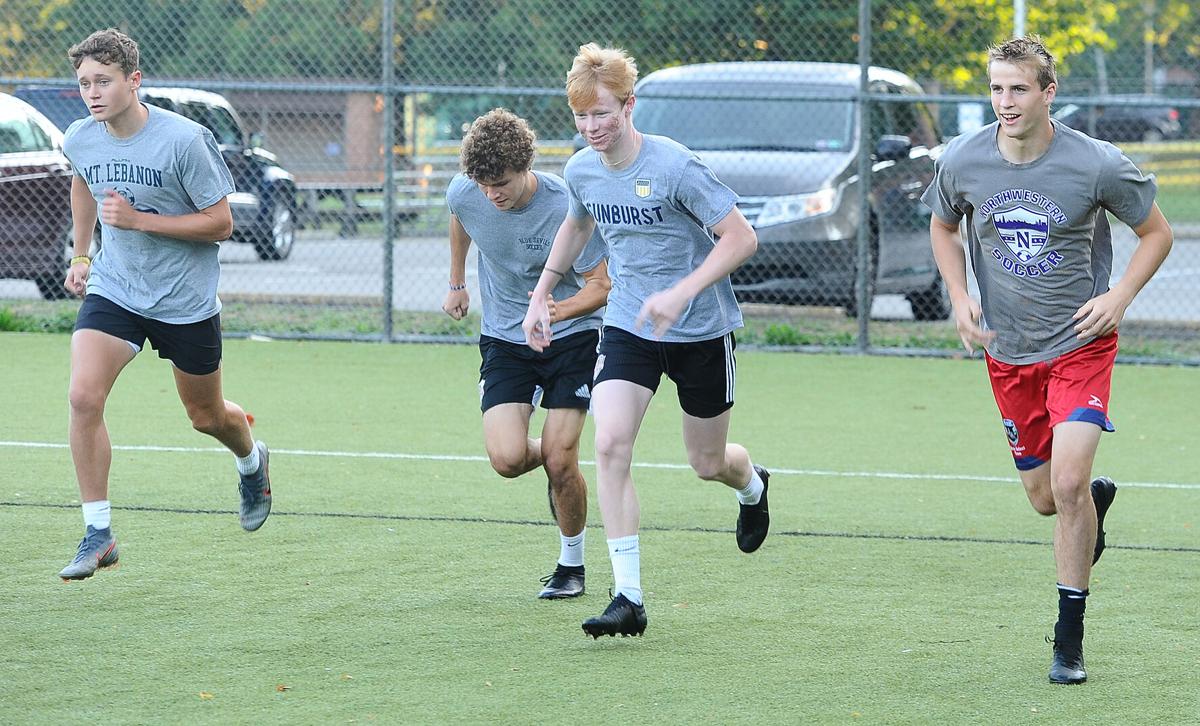 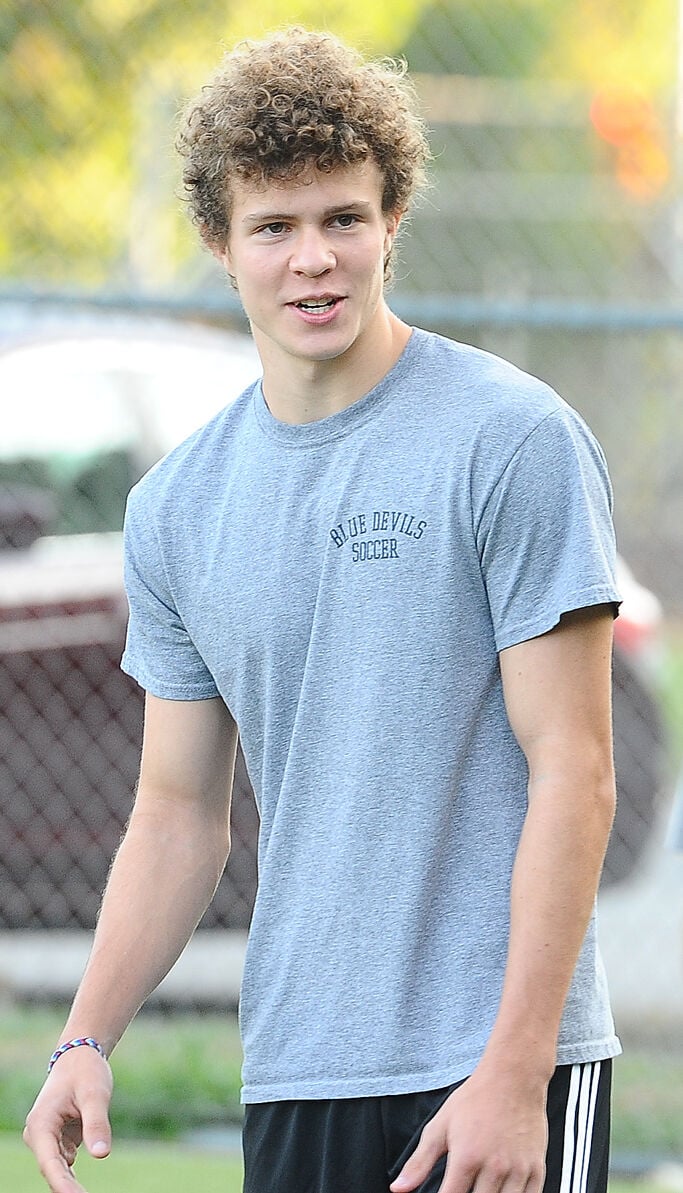 Zach Nellas is one of three returning starters in the midfield for the Mt. Lebanon boys’ soccer team.

Zach Nellas is one of three returning starters in the midfield for the Mt. Lebanon boys’ soccer team.

The members of the Mt. Lebanon boys soccer team have been making sacrifices during the coronavirus pandemic.

“People are social animals, especially high school boys,” said Lebo head coach Aaron Panczyk. “What we are asking of our players is a lot.”

The daily routine for the Blue Devils consists of waking up in the morning, taking part in classes online, training and then going home.

“It’s not ideal. It’s not fair, but we asked them to make this decision if they want to make a run (at a title),” Panczyk said. “The biggest hurdle we face is maintaining that discipline so that there are no hiccups in keeping us from playing. Being smart and making the right decisions will enable us to have an opportunity.”

According to WPIAL rules, any team that has a player test positive for COVID-19 must quarantine for 14 days.

“All the players on our roster care about the game and the people they are playing with,” said Panczyk. “We have a closeness and a bond and that’s why we have been able to commit to each other and stay healthy for one another.

“There is that motivation, especially among the returning players, they talk about wanting that opportunity to have a chance to play for the championship.”

In 2019, the Blue Devils came close to capturing the program’s 11 WPIAL title. They dropped a 3-2 overtime decision to section rival Canon-McMillan in the District 7 championship match at Highmark Stadium.

Lebo finished the campaign with a 16-6-1 record after a 1-0 loss to Central Buck West in the PIAA quarterfinals.

“Our expectations every year are to challenge for the section, which is always so well-represented in the semifinals and finals of the playoffs, that if you qualify then you are so well prepared,” Panczyk said. “The players are good. The play is physically hard. That readies you for the grind of the playoffs.”

The Blue Devils return five starters from a team that won a section title in 2019 and possess plenty of depth.

“Steve is a tremendous kid and a really, really good goalkeeper — one of the better ones in the WPIAL,” said Panczyk. “He sees the game really well, is a great shot stopper and great at helping get the four guys in the back organized.”

“As a defender, he’s a good ball winner and tackler. He’s also good in the air and possesses great leadership skills,”Panczyk said. “It’s vital to have someone like him who knows what he sees and can disseminate that information to the group as a whole.”

The midfield appears to be a strength for the Blue Devils.

“We have a lot of leadership and quality there,” Panczyk said. “Those guys work well together.”

Lebo must replace their top scorers up front in Giuseppi Croce and Danny Simboro. Both are freshman at Duquesne and Penn State, respectively. The pair accounted for 75% of Lebo’s scoring production in 2019.

“Any time you lose that percentage of your goal scoring, you are concerned,” Panczyk said. “Those guys though have demonstrated a propensity to be attack-minded. They have generated some good looks.”

Lebo’s depth should come from sophomores James Ivanov and Collin Schieman, who have shown promise in filling gaps as have seniors Thomas Taucher, Nate Kirk, Shea Zeidler and Lleyton Salesman.

Juniors Seth Kreisel, Asa Silver, Aidan Conway and Philippe Van de Putte should also be among those contributing to Lebo’s success in 2020.

“We are really excited to be playing,” Panczyk said. “Each of our practices have been spirited and the players have worked hard to this point. We have energy, heart and enthusiasm so we are progressing forward.”

Lebo will open its season at home Sept. 15 against Brashear

Aaron Pancyzk may be the new face of the Mt. Lebanon High School boys’ soccer program, but he is quite familiar to the community.

For starters, Pancyzk, 43, is a Lebo graduate. He also owns and operates Sunburst Sportswear, located on Castle Shannon Boulevard in the township.

In 2009, he joined Ron Wilcher and helped Lebo win a WPIAL title. The following year, Panczyk moved to the girls team. After four seasons, he resigned in 2015 to become an assistant track coach. He also volunteered to help Bill Perz with the boys’ soccer team.

This fall, he replaced Perz, who stepped down for personal reasons.