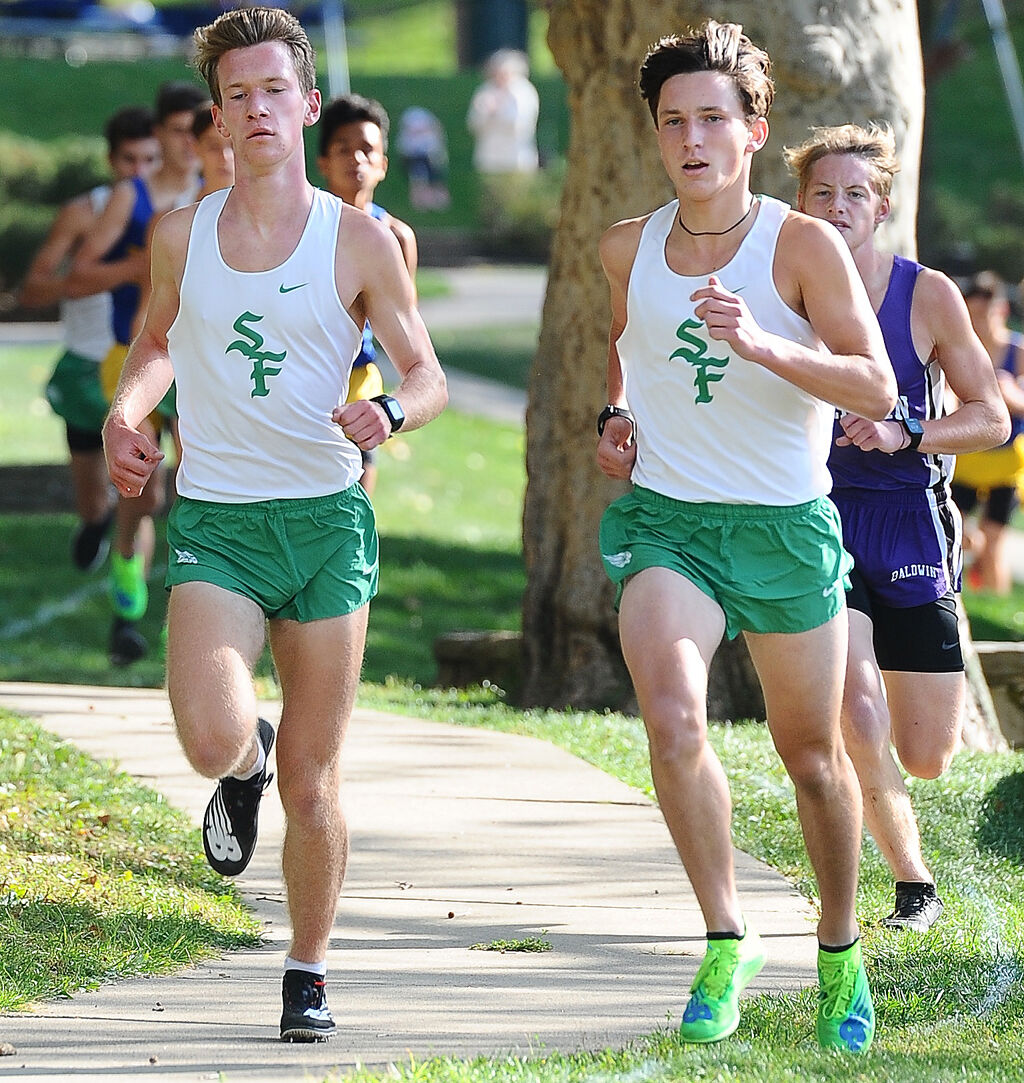 South Fayette's Aaron Skerbetz, left, and Jake Borgesi run side by side during a cross country meet with Mt. Lebanon and Baldwin. 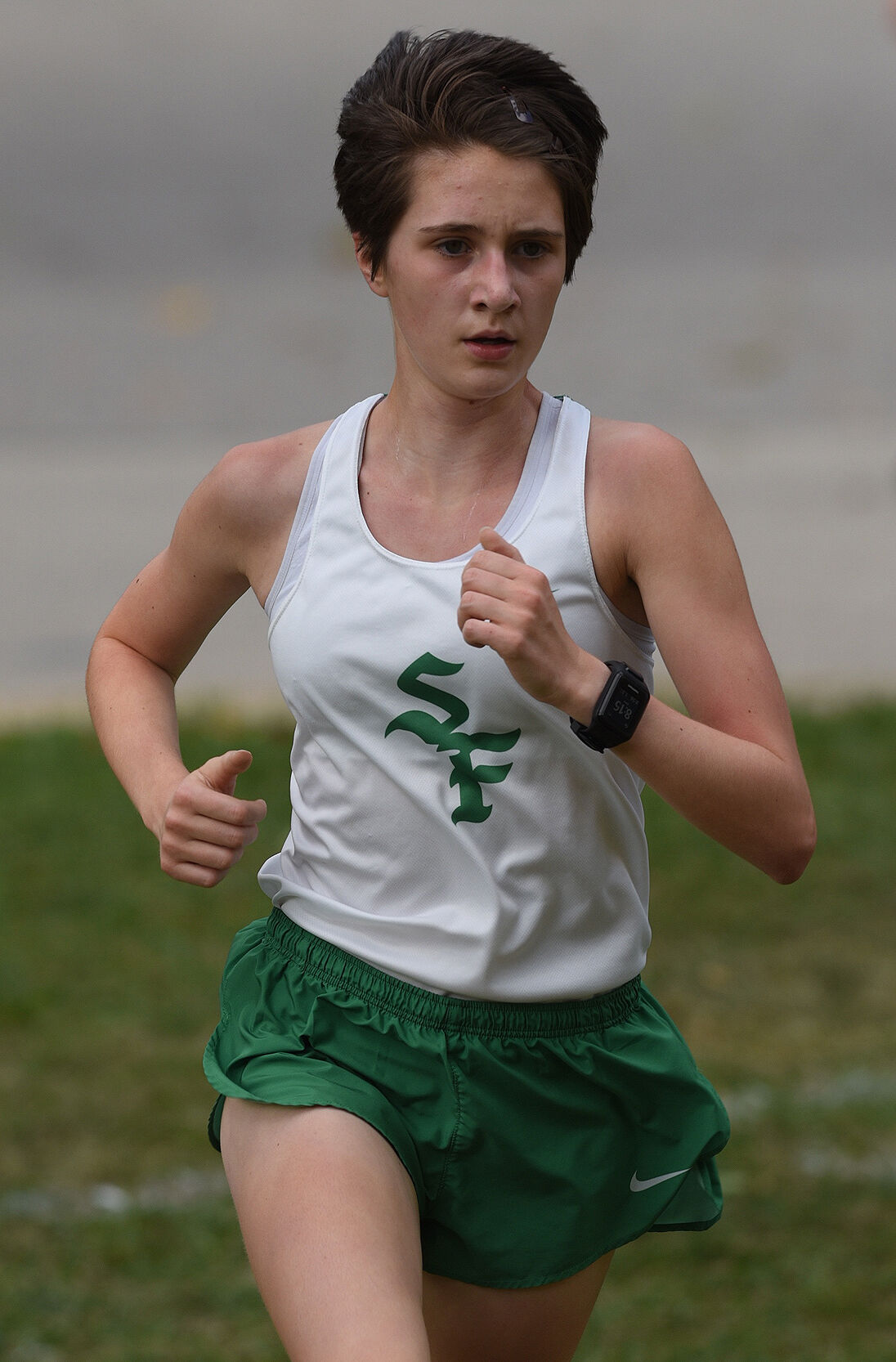 Lauren Iagnemma set the pace for South Fayette during the Bald Eagle Invitational.

Barak Asher finished seventh in the Bald Eagle Invitational and helped Mt. Lebanon to a first-place finish in the Class AAA boys division. 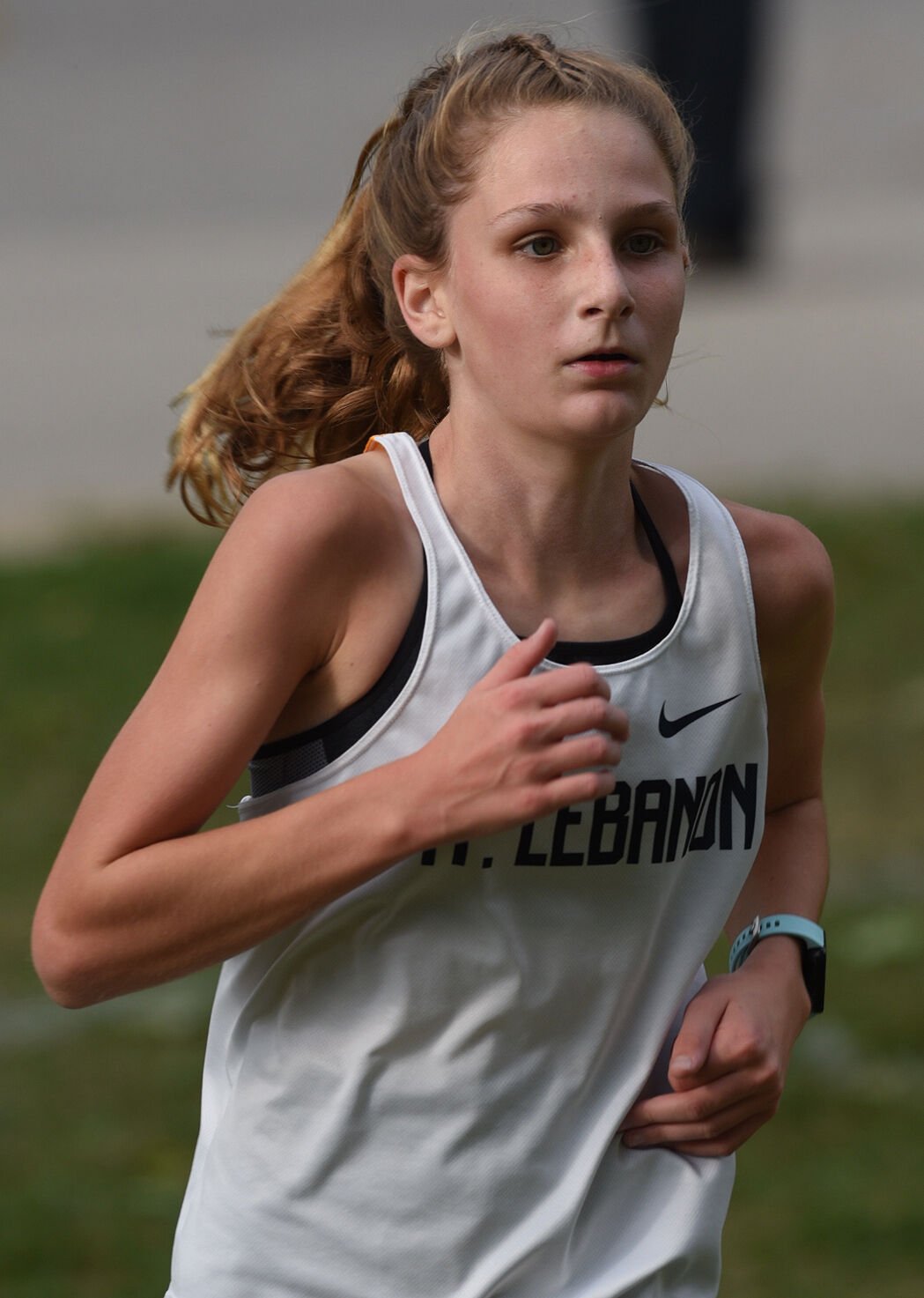 South Fayette's Aaron Skerbetz, left, and Jake Borgesi run side by side during a cross country meet with Mt. Lebanon and Baldwin.

Lauren Iagnemma set the pace for South Fayette during the Bald Eagle Invitational.

Barak Asher finished seventh in the Bald Eagle Invitational and helped Mt. Lebanon to a first-place finish in the Class AAA boys division.

Mt. Lebanon and South Fayette dominated the Bald Eagle Invitational held at White Oak Park. The Blue Devils won the championships in the boys and girls varsity divisions while the Lions finished runners-up.

The Lebo girls team scored 77 points while the Lions racked up an 85.

The SF girls were the 2019 WPIAL and PIAA AA state champions. This season, however, they have moved up to Class AAA.

“We tend to execute well,” said SF head coach Joe Winans, “but we have been adjusting to finding our spot within the pack early in races at the AAA level. Making forward progress through the field over the course of the race has been made more difficult by an increase in the depth of top quality runners off of the front.”

Bethel Park freshman Jenna Lang set the fast pace, winning the race in 18:10.23. She finished third in the Red, White and Blue Classic earlier this season.

Gabby Baiano, Emma Fleck, Lily Colombo and Baylee Carpenter all finished in the top 25 for the Lions.

Winans was pleased with the Lions’ showing, but has big goals planned for later in the month when the WPIAL championships will be held Oct. 29 at White Oak Park.

“We have been racing more aggressively early on and have seen a positive impact on our ability to knock down the types of times needed to stay competitive,” he said.

“We have set a high standard for ourselves and expect to be a top 3 team in the WPIAL. Our girls have put in a great deal of solid, smart work since last year. We’ll be in the mix with some the WPIAL’s top perennial powerhouses.”

Though young, the Lebo girls team could be one such contender. They were paced by freshmen Caroline Adams (10th) and Logan St. John-Kletter (11th). Senior Alison Hodgson followed in 13th position. All three ran under 20 minutes.

Grace Goslin (22nd) and Grace Kraemer (24) were in the top 25 while Gracie Petrich, Emma McGreevy and Isabella Primm all finished within the top 63.

“The girls had a really nice day with our seniors (Hodgson and Primm) guiding this young team. They are learning more about racing each week. They have done a great job of working as a pack,” Mt. Lebanon coach Oscar Shutt said, noting the pack time for his runners was 31 seconds.

“It was exciting to get the team win with some of the top teams in the WPIAL,” he added. “This was another great opportunity to race at White Oak and gain experience on the course where the WPIAL meet will be held.”

The Lebo boys team won the team title with 70 points while South Fayette followed with a 107 score.

SF’s Aaron Skerbetz was the overall runner-up. The senior clocked a personal record of 16:17.23. Jake Borgesti followed in fifth place with a 16:36.82 time.

“We have had some really nice front running from our boys,” Winans said. “Aaron and Jake make a really strong one-two punch.”

Roman Galioto and Drake Simpson followed in the top 25 and provided strong times for SF through its top four slots.

Winans is pleased with the Lions’ progress. He said he is encouraged because the runners are bringing down SF’s spread even though they may be “vulnerable” from four to five.

“Our varsity runners have been doing a great job decreasing our spread each race out,” Winans said. “We have said since last winter that we will continue to be a top 5 team in the WPIAL even at AAA. It looks like we have the tools to make that happen.”

Barak Asher is Mt. Lebanon’s key to success. The senior finished seventh overall with a 16:39.65 time.

Peters Township sophomore Brett Kroboth took the bronze medal with a time of 16:26.15.