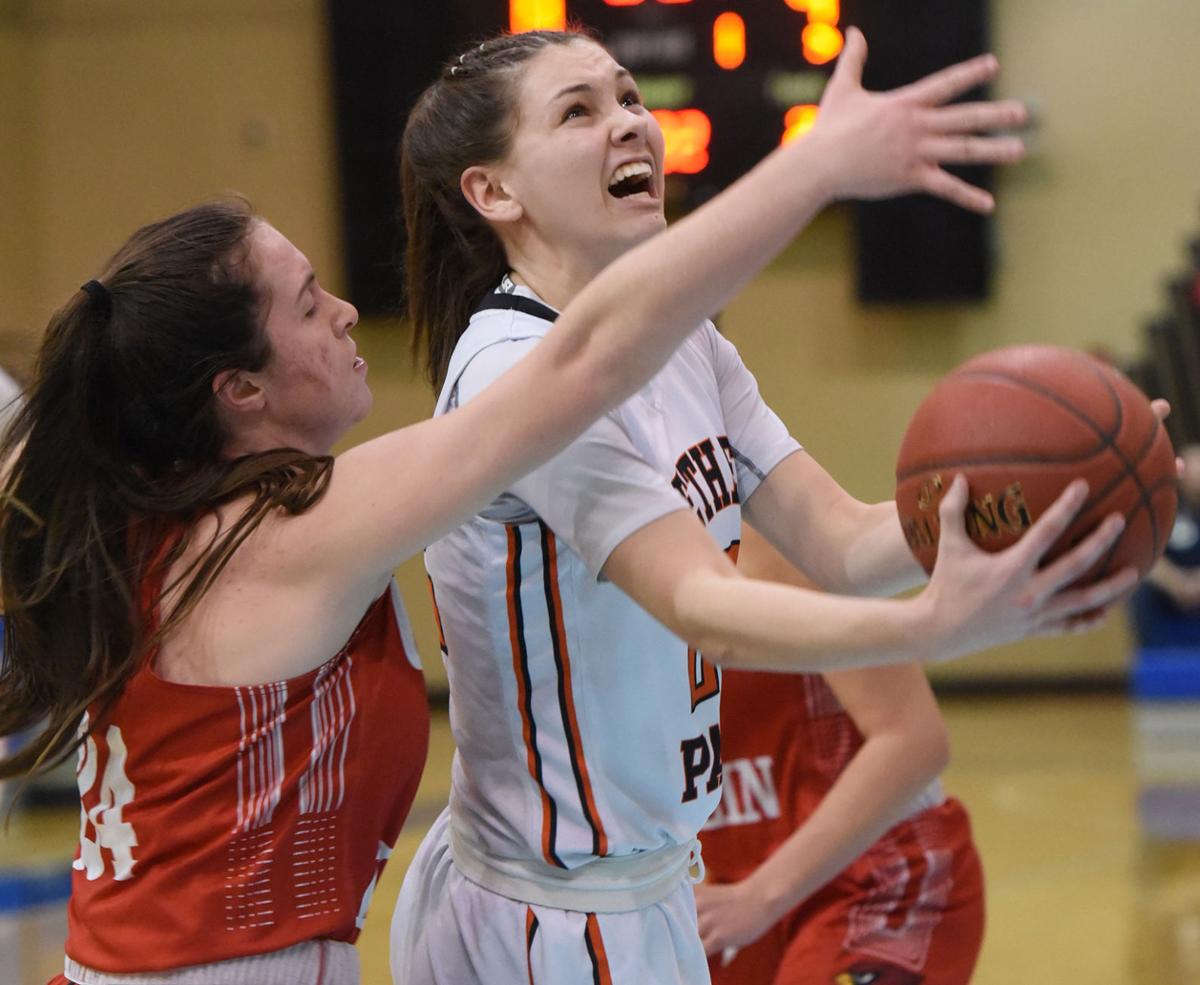 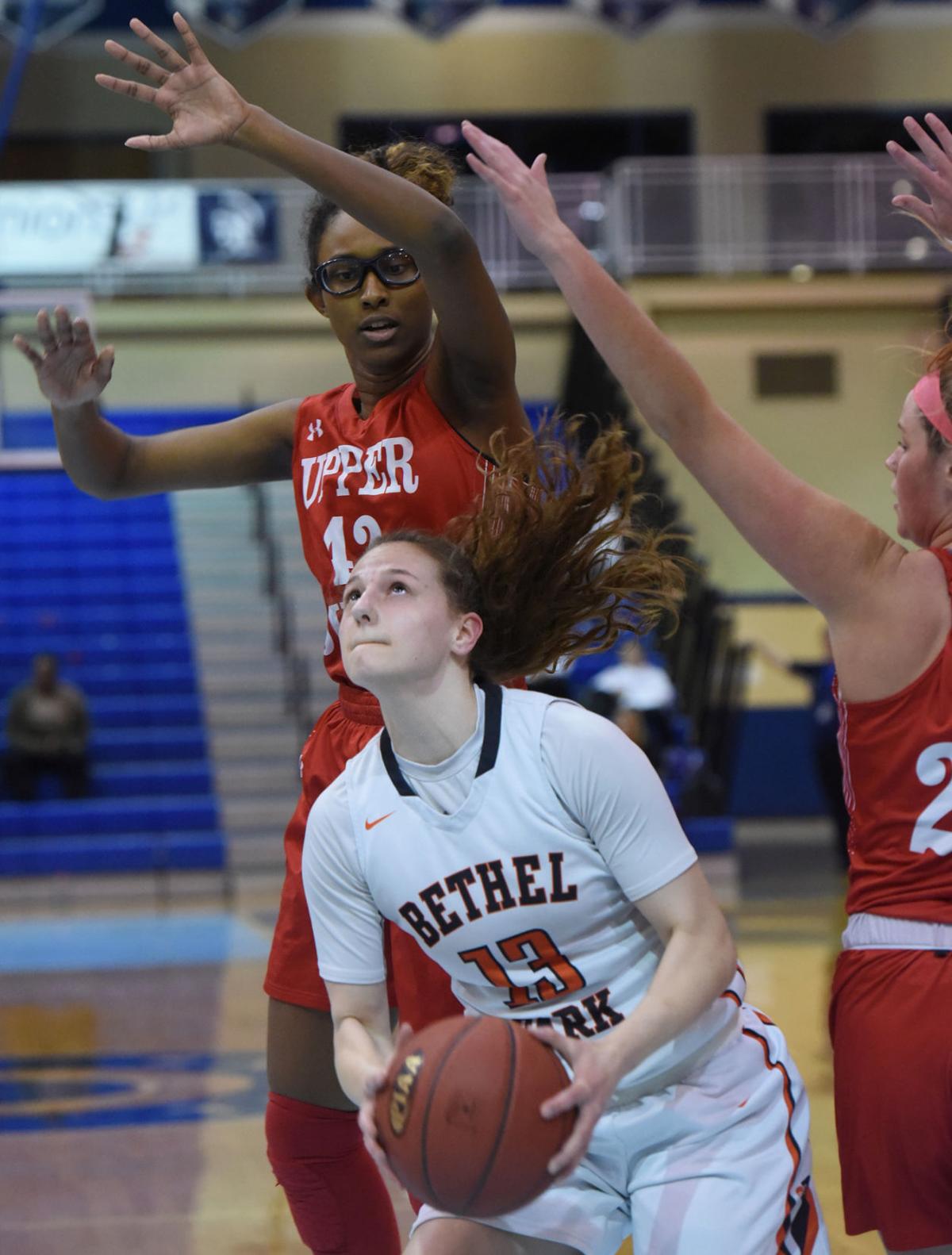 Bethel Park's Maddie Dziezgowski is defended by Upper Dublin's Jackie Vargas, left, and Kara Grebe in the second round of the PIAA Class 6A girls basketball playoffs. 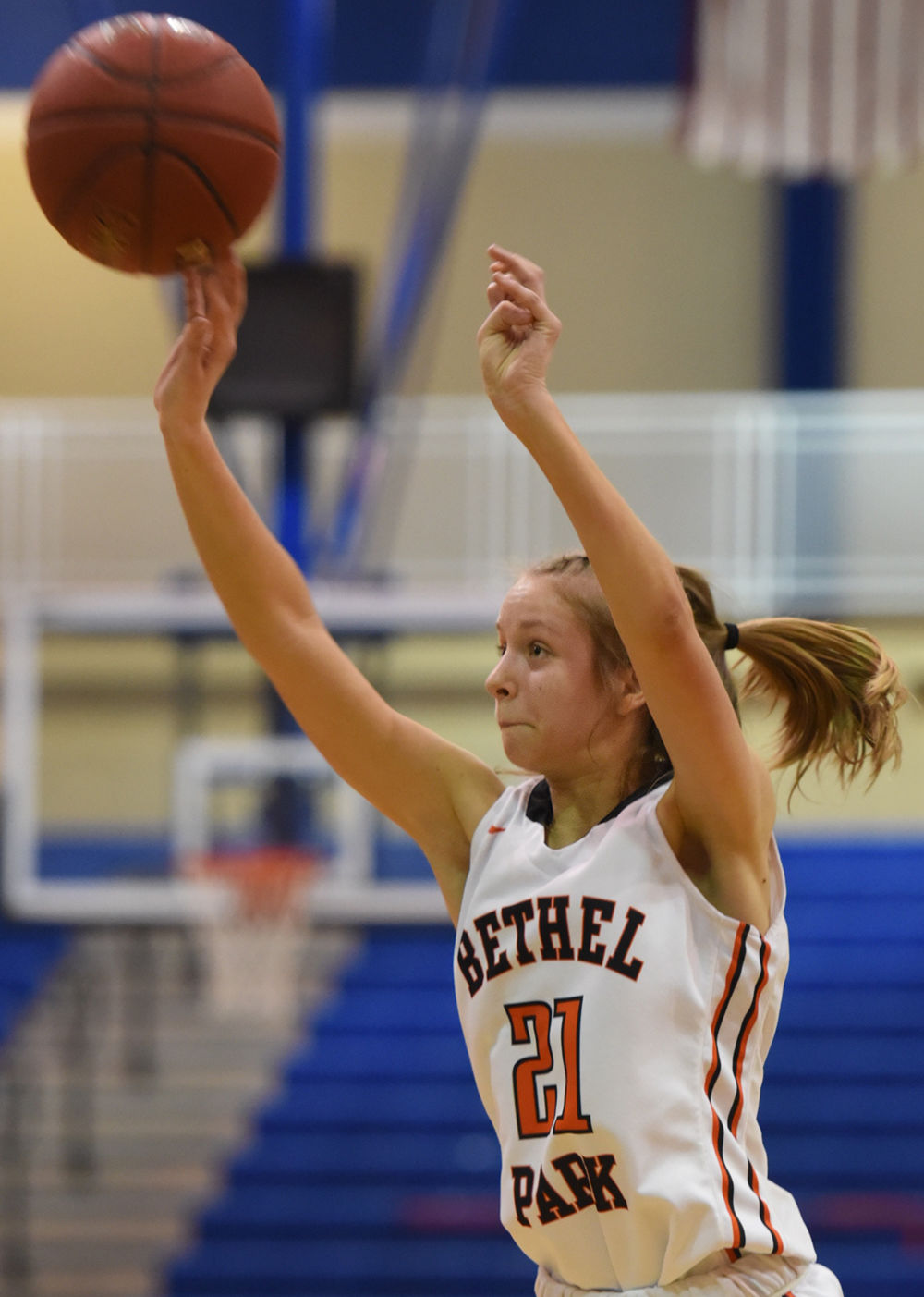 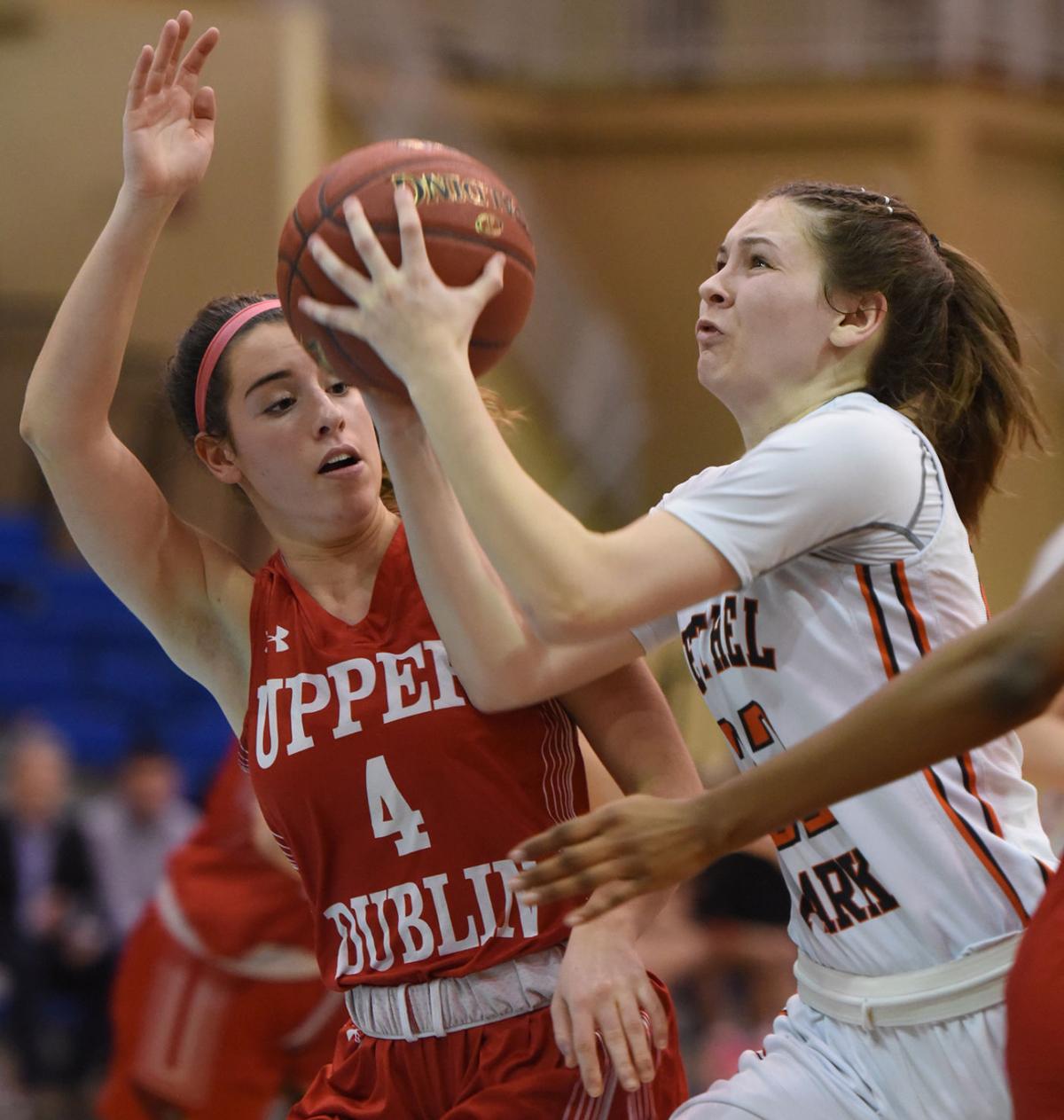 Bethel Park’s Olivia Westphal splits the defense on her way to the basket against Upper Dublin.

Bethel Park's Maddie Dziezgowski is defended by Upper Dublin's Jackie Vargas, left, and Kara Grebe in the second round of the PIAA Class 6A girls basketball playoffs.

Bethel Park’s Olivia Westphal splits the defense on her way to the basket against Upper Dublin.

A touch of youth and an abundance of experience propelled Bethel Park to a 47-40 victory over Upper Dublin (20-8) in the second round of the PIAA Class 6A girls basketball playoffs.

Olivia Westphal, a three-year starter, erupted for a game-high 23 points for the Black Hawks. The junior buried three 3-pointers, including one within seconds of Upper Dublin pulling to within 41-38 midway through the fourth quarter of the game played at Chambersburg.

“When she took that last three when we were up by three, I thought ‘oh my goodness,’ but she just had it going,” said BP head coach Jonna Burke. “That’s the kind of kid she is. She’s confident no matter what.

“Liv really played maybe her best game of the season and I am just real pleased that she waited until now because we needed every bit of it. That’s a very good team,” Burke said.

In her first varsity start, Sophia Nath scored 10 points. The freshman scored the first five points of the game as the Black Hawks took a 19-10 lead by quarter’s end.

Nath started in place of Juliana Carbone, who broke her right thumb in practice the day prior to the March 10 game.

“Sophia really stepped in there,” Burke said. “We knew she had offensive capabilities. We were a little worried defensively, rebounding and stuff, because she’s younger and not as strong as upperclassmen. But man, she played her face off. She set the tone at the beginning then late with a three. She did exactly what we needed her to do. For a freshman, that’s a lot.”

The Cardinals opened the second half by closing its gap to 25-24. BP immediately responded, however, with a 3-point play from Lauren Mullen and another 3-pointer from Westphal.

“Both of those (plays) were key,” Burke said. “I expected it to be a very close game. In fact, to be honest, watching them on film and the size that they had, I wasn’t sure we were going to be able to compete with that.”

Although she stands at 5-10, Maddie Dziezgowski neutralized Upper Dublin forwards Jackie Vargas and Kara Grebe. Vargas is 6-3 and Grebe is 6-1.

“We knew we needed to rebound,” Burke said. “We really went after it.”

The Black Hawks knocked off Governor Mifflin 46-28 in the first round of the state playoffs.

Mullen scored 16 points. She connected on two 3-pointers and 8 of 10 free throws, including 5 of 6 in the fourth quarter.

Dziezgowski added 11 points. She was 5 of 6 from the line.

After being held scoreless in the first half, Westphal finished with 13 points. She was 6 of 6 from the foul line in the fourth quarter.

Ashleigh Connor finished with 23 points. Her free throw with 1.6 left in regulation pushed the game into the extra frame.

Chloe Lestitian pumped in 19 markers and pulled down 17 rebounds for the Rebels.

The Crusaders lost to Bishop McCort, 55-44, at Peters Township.

Diajha Allen and Savanah Abbot both scored 11 points for the Crusaders, who were coming off a WPIAL championship.

The Canevin boys, meanwhile, advanced with an 87-35 win against Commodore Perry, which entered the PIAA tournament with a 3-20 record.

For the Crusaders (18-7), KeVaughn Price exploded for 29 points. Dom Elliott and Nevan Crossey followed with 11 and 10 tallies, respectively.