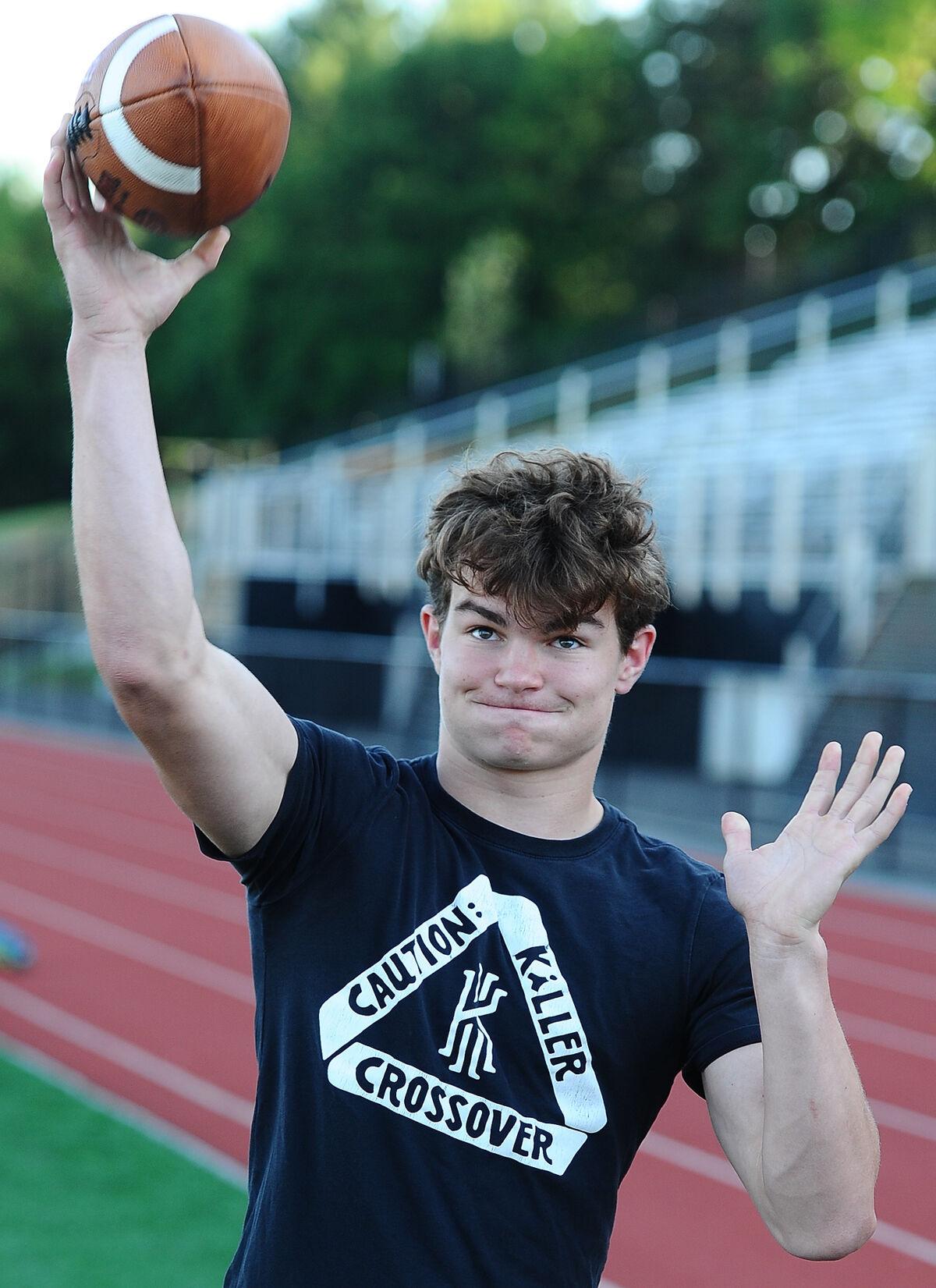 Ethan Dahlem combined for more than 3,000 total yards of offense last fall and is looking to quarterback Upper St. Clair to another winning season. 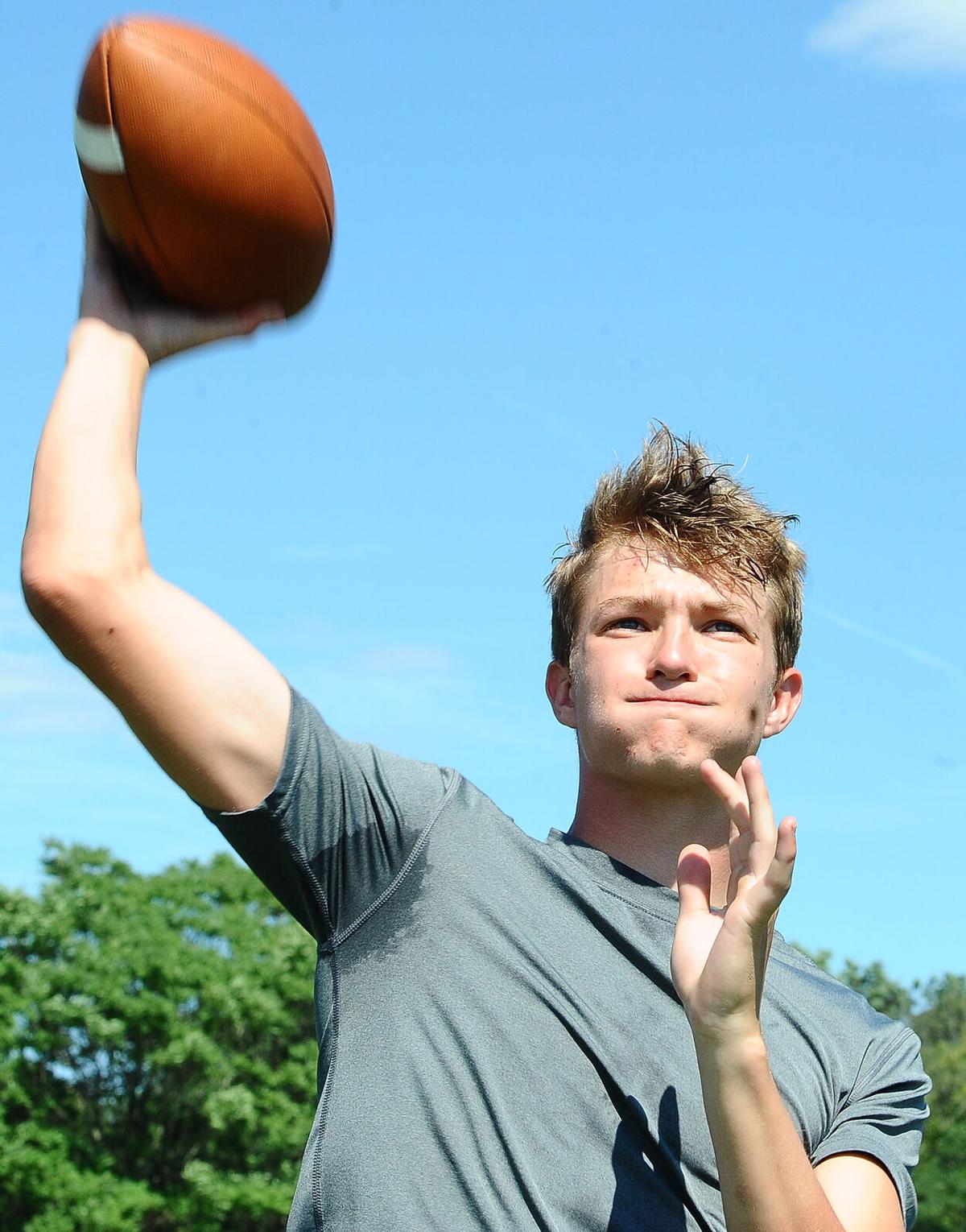 Jason Nuttridge is in a battle to be Bethel Park’s starting quarterback. 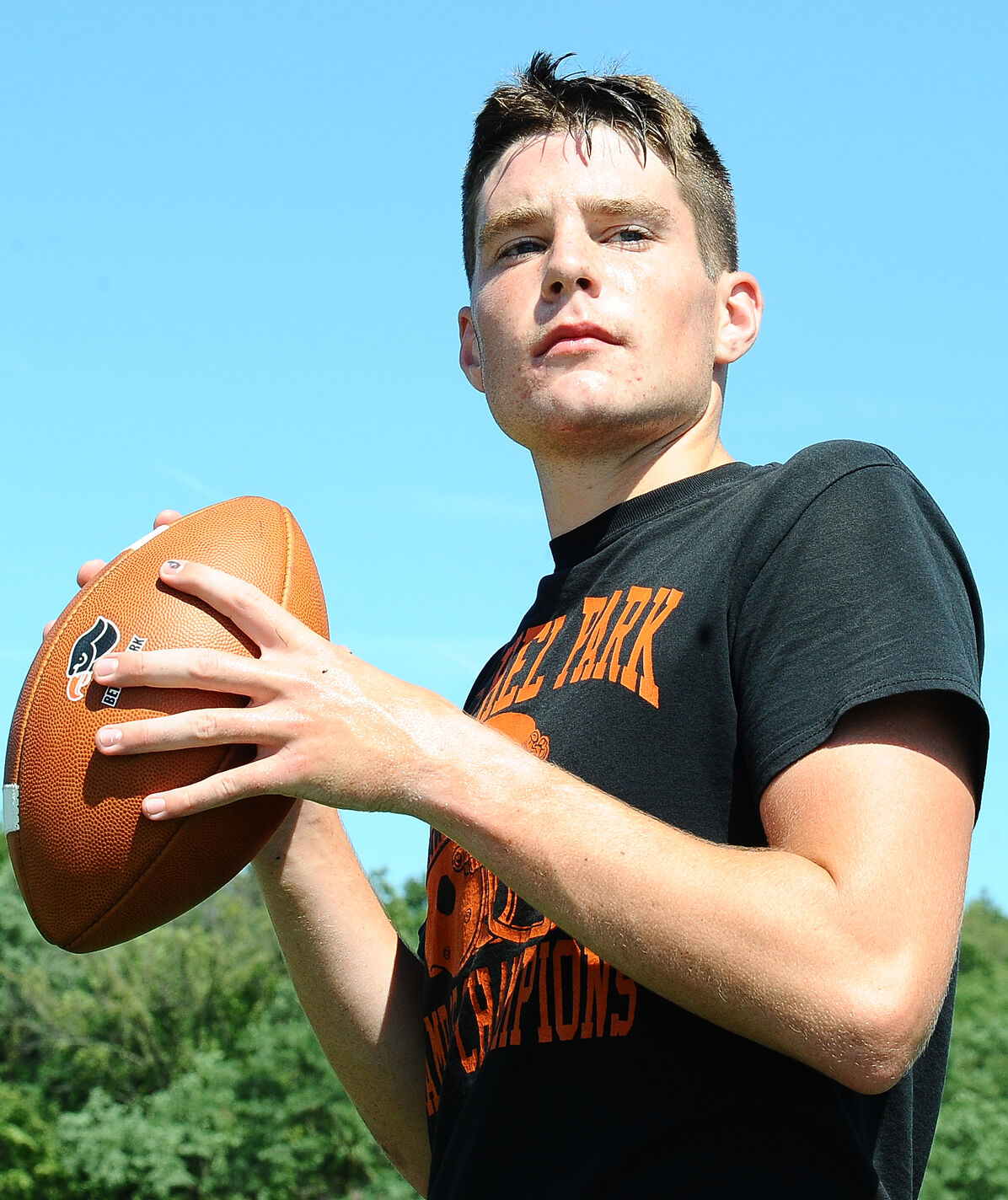 Max Blanc is battling to be Bethel Park’s starting quarterback when it visits Upper St. Clair at 7 p.m. Sept. 11 for the Allegheny Six Conference opener. 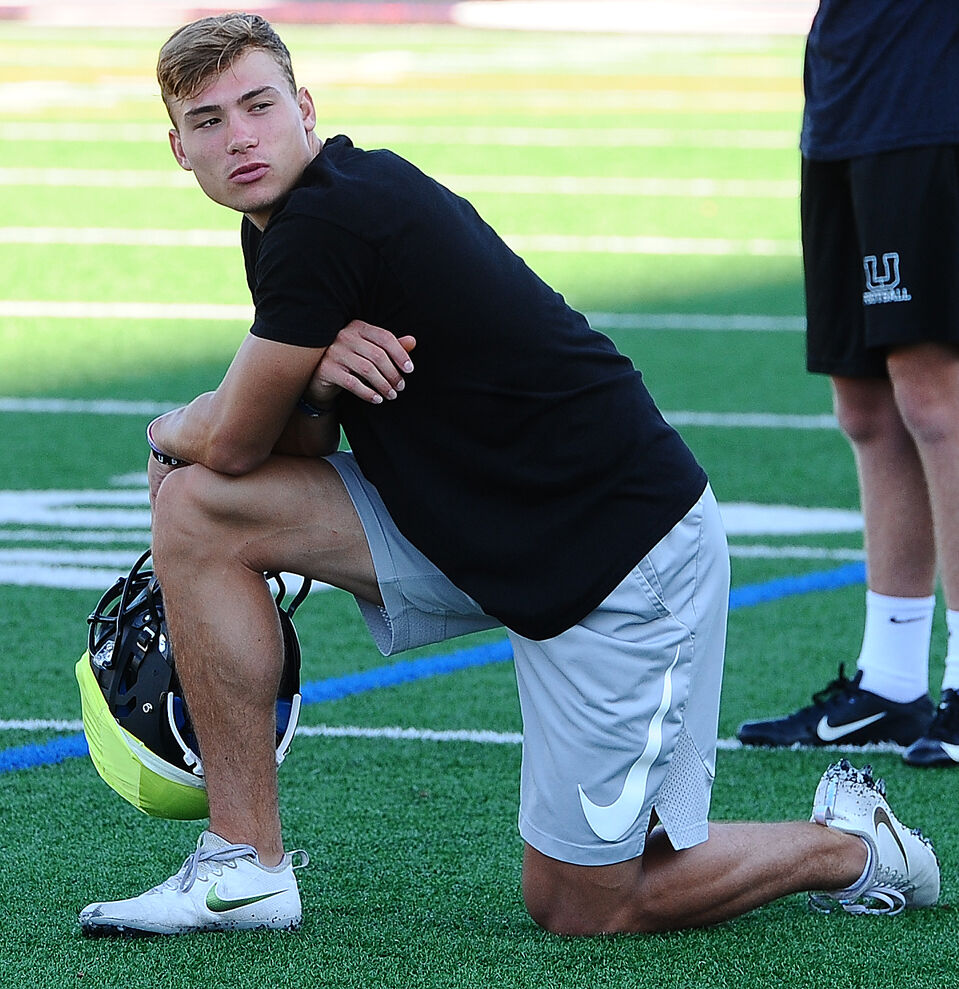 David Pantelis was one of the receiving leaders in the WPIAL last season.

Ethan Dahlem combined for more than 3,000 total yards of offense last fall and is looking to quarterback Upper St. Clair to another winning season.

Jason Nuttridge is in a battle to be Bethel Park’s starting quarterback.

Max Blanc is battling to be Bethel Park’s starting quarterback when it visits Upper St. Clair at 7 p.m. Sept. 11 for the Allegheny Six Conference opener.

David Pantelis was one of the receiving leaders in the WPIAL last season.

That Upper St. Clair hosts Bethel Park at 7 p.m. Sept. 11 in the Allegheny Six Conference opener is just icing on the cake. The two rivals, like all WPIAL football teams, are thrilled to finally get the 2020 campaign started.

For a long time, BP head coach Brian DeLallo said, it looked like players might not get to compete because of the coronavirus pandemic.

“So, yes, we are excited to get out there and play the game,” he said.

USC head coach Mike Junko is also excited for the season to begin.

“Our players have remained very optimistic and resilient through this whole process,” he said. “It has been a teachable moment for us as coaches to impart the lessons of faith, perseverance and trust. To get the opportunity to play a game, regardless of the opponent, is something that our program will approach with a great deal of gratitude and excitement.”

Yet, the contest, indeed, is against rivals whose high schools are separated by a mere two miles.

“We are always excited to play a neighborhood rival. Our games with them have been so close in recent years,” said DeLallo. “I think knowing you are playing a great program like USC, with whom you have had so many great games over the years, and it’s the opener, raises that level of excitement.”

The Panthers are anxious to snap a seven-year losing streak against the Hawks. They have not beaten BP since 2013.

“Our players understand the history and importance of this game. I don’t think we will need to provide any more motivation than that,” Junko said.

The Panthers’ roster boasts two dozen seniors, including Ethan Dahlem and David Pantelis. The duo ranked among the top passing connections in the WPIAL last season.

All-Conference punter Ethan Hiester, running back Jaden Keating and wide receiver Mateo Cepulio can also impact the outcome of a game for USC.

“The problem is they have other talented players that can beat you, too,” DeLallo said. “Coach Junko will do a good job of making us defend the entire field. We have to find a way to slow them down and create turnovers.”

“Tempo is an issue especially early in the season when it’s hot,” he added. “They wear teams down.”

The BP-USC game was originally scheduled to be played the last Friday in October, but because the WPIAL was forced to revise schedules with a two-week delay in starting training camps and practices, it became the season opener.

“After the change, we really ramped up our conditioning, in anticipation of how fast they play,” DeLallo said. “Of course, defensively, they have almost everybody back, so we have to find a way to move the ball against a well-coached, veteran crew.”

USC, which interecepted 12 passes last season, is led by Pantelis, Dahlem, Keating and Cepullio in the secondary, while Hiester and Luke Banbury at linebacker and Brandon Coe on the line provide pressure up front.

The Panthers’ veteran defense may be problematic for Bethel Park quarterbacks Max Blanc and Jason Nuttridge, who are leading a young Black Hawks offense.

“Bethel Park is a bit of an unknown because they are so young,” Junko said. “They are very well coached and always have their kids ready to play. We were a young team last year and managed to surprise some folks along the way. I am sure Bethel Park has the same plan going into our game. In a game like this I think the team that limits their mistakes will find a way to win it.”

DeLallo said he is looking toward the game against USC to help settle several starting positions following a competitive preseason training camp.

“I think this game will tell us a lot about who will win these jobs,” he said.

While the Panthers’ roster is relatively settled, Junko said he too is looking for his team to build upon a set of competitive preseason practices.

“There is still a high level of competition,” he said. “I love that our younger players are hungry and willing to push our older kids to win a job. In the end, it makes everybody better and gives our practices more life.”

Peters Township joined Mt. Lebanon on the unable-to-play list due to COVID-19 exposure. Neither will kickoff the football season on Sept. 11.

Home openers against South Fayette and Baldwin respectively have been postponed.

PT-SF are attempting to reschedule because the game could have playoff implications. Both have non-conference games scheduled Sept. 25 and could play a Thursday evening game that week.

Because of a COVID-19 case and two presumed positive cases in the district, Peters Township canceled in-person learning. As a result of the shutdown, all sports were suspended until Sept. 8.

Thus, the Indians are unable to meet practice requirements in order to compete.

Under PIAA rules, which the WPIAL follows, a football team must have five days of heat-acclimatization practices, followed by 10 days of practices, before playing a game.

Mt. Lebanon is scheduled to play at Canon-McMillan on Sept. 18.