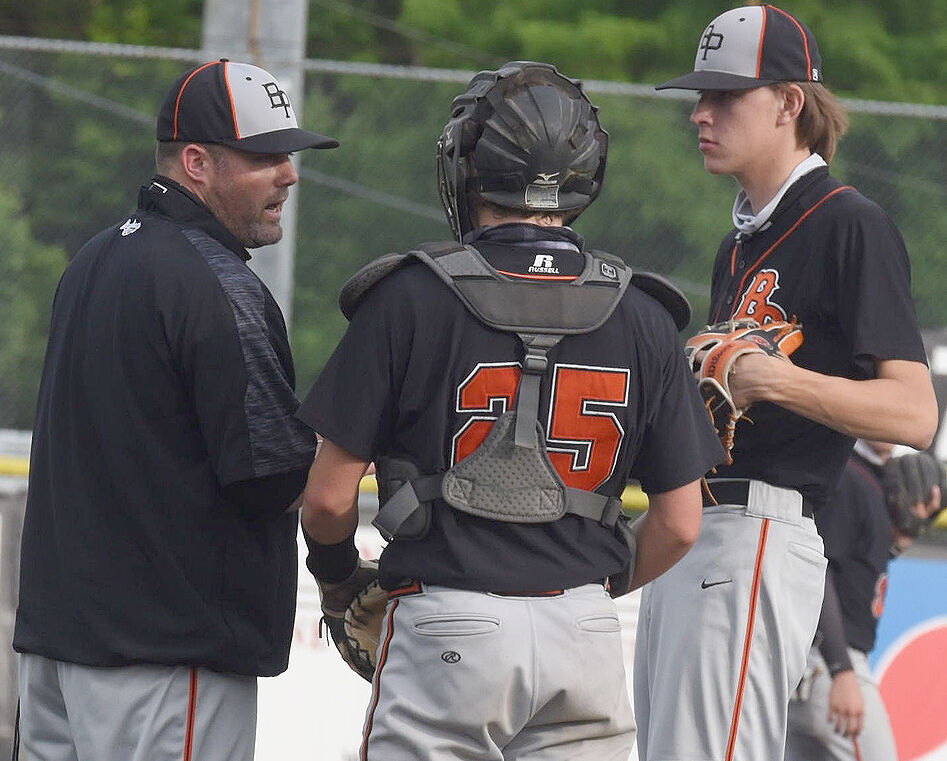 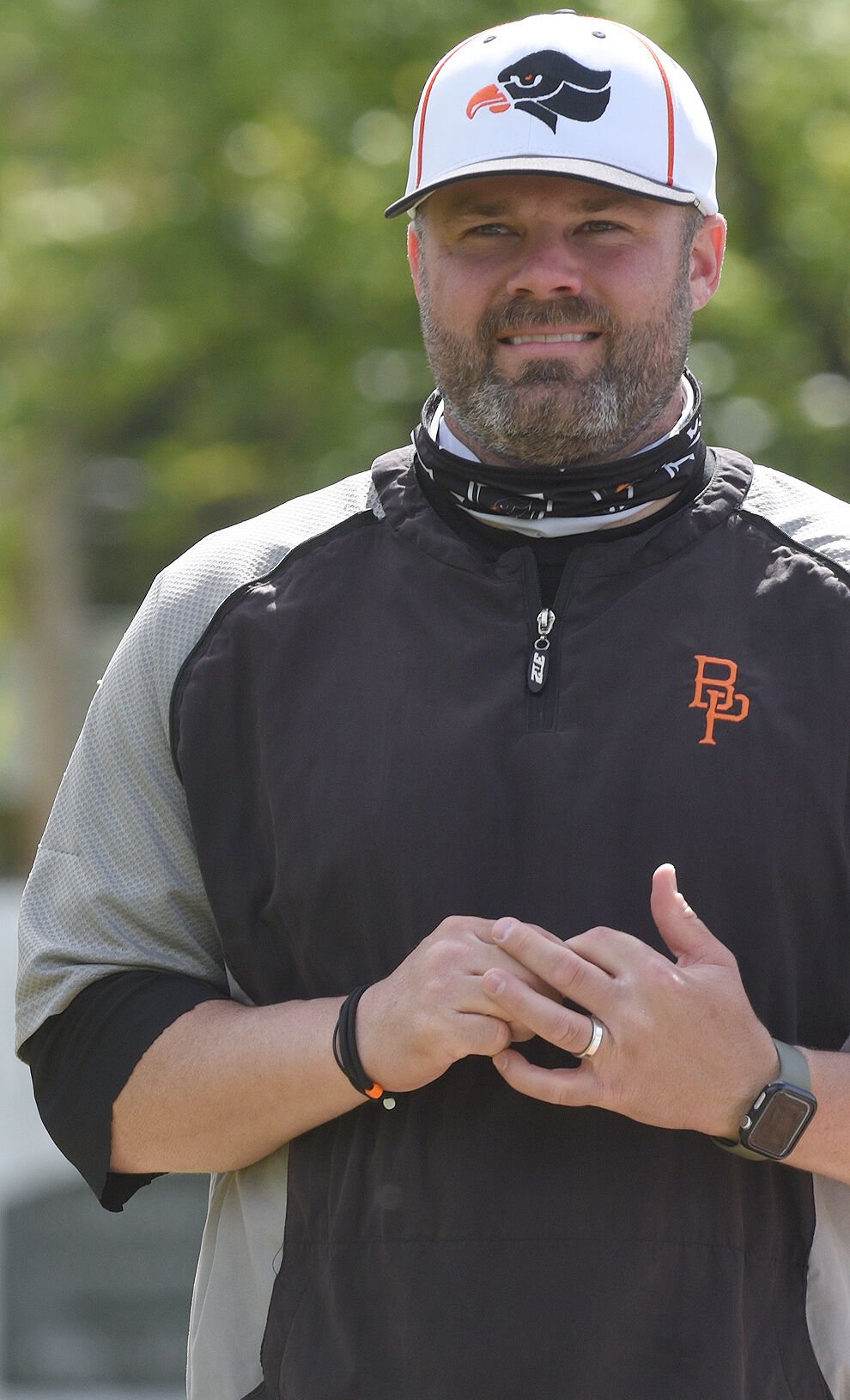 On May 30, 1985, Bethel Park claimed its first WPIAL title with a 13-6 drubbing of Latrobe at Pullman Park in Butler.

Because Nicholson said his family’s home in Albion, Erie County, was “flattened,” a move to Conneaut — when he was only two months old — became necessary. Before he entered third grade, Nicholson’s family relocated again — this time to Texas.

Nicholson played scholastic football and baseball for College Station then earned a scholarship to pitch at Texas A&M. As a senior, the San Francisco Giants selected him in the Major League Baseball amateur draft.

In 2008, he was named Minor League Pitcher of the Year during the short season with the Salem-Keizer Volcanoes. He also was named the Most Spectacular Pitcher as he compiled a 6-1 record complete with a 1.15 ERA and 54 strikeouts.

After four years in the minor leagues, he retired from baseball.

“I had a dream of playing pro ball and I did that but it just wasn’t what it was cracked up to be,” Nicholson said. “It was a business and it wasn’t enjoyable. I love the game though. It’s been my life for the longest time.”

Today, Nicholson makes a living in the oil and gas industry. He works for Contact Land Staff in Sugarland, Texas.

His sales position eventually brought him to Pittsburgh where he met his wife, Megan. Since she had a teenage, baseball-playing son, Braedon Del Duca, Nicholson started helping out with the youth teams. After submitting his resume to Bethel Park athletic director Dan Sloan, Black Hawks baseball coach Patrick Zehnder hired Nicholson as an assistant.

“The minute I stopped playing I knew I wanted to do something like this because I love working with kids,” Nicholson said.

“I don’t know how much I did or prepared them,” Nicholson said. “When you have options like Eric and Evan taking the mound, you know you are going to have a special season.”

Nicholson credits Texas A&M coach Rob Childress for his approach. He said Childress became his mentor the minute he stepped into his life.

“What I got from him and what I have tried to instill in our players was that competitive edge,” Nicholson said. “Things that brought out the intangibles like the ability to not flinch at adversity, not get too high or too low and not let emotions get the best of you particularly when things aren’t going your way.”

All those little things contributed to BP making a run at a state title, Nicholson said.

Nicholson said he cultivated “competitiveness” by having the pitchers battle each other. Multiple players would often warm up in the bullpen. All players also participated in other contests through conditioning exercises, batting practices and other drills.

“Whether it was batting practice or bullpen, we wanted to continue to raise the level of competition and intensity through practice,” Nicholson said. “You are trying to simulate winning and losing. There are consequences to losing. It pays to be a winner.”

Because the Black Hawks posted a 22-4 season that included a WPIAL runner-up trophy and a PIAA championship with seven underclassmen as starters, they are expected to be winners in 2022.

“No doubt, there will be a target on our backs,” Nicholson said. “So, we need to be hungrier.”

The challenge for the coaching staff is to maintain that high level of competitiveness, pick the right players during tryouts and cultivate camaraderie.

Nicholson noted that the dar after tryouts ended this season, the team began to bond. They went bowling and solidified relationships through other activities. Even the bus rides served as unifying opportunities for the squad.

Nicholson described the team unity as “phenomenal” and that all the players found ways to be involved.

“Everybody filled their roles and they were willing to do it,” he said. “That is so rare these days, especially at the high school level. These players truly loved each other. You don’t go as far as we did without that support through the ups and downs.

“The 2021 team set the bar high for the program,” Nicholson continued. “Obviously winning helps with that, but this year validates what we believe and the culture we created here. Younger players in the program got to see what it takes and the high pressure that was faced and they are anxious to contribute to that and maintain the standards established here.”

Movie: “Oh my gosh,that is tough. Anything with Denzel Washington and Matt Damon in it.”

Dream Destination: Penn State’s Medlar Field again or Naples. “Actually I have never been out of the country but my heritage and my grandparents are from Italy so I would like to go there.”

Person with whom you’d like to have dinner: Mario Lemieux.

People might be surprised to know this about you: “I have a dog named Griffey. He’s half german shepherd, half black lab and yes, named after Ken Griffery, Jr.”